Canada's first supertall building, The One, is rising at the southwest corner of Yonge and Bloor, and taking shape is the retail space on the ground floor, predicted to become a massive Apple store. 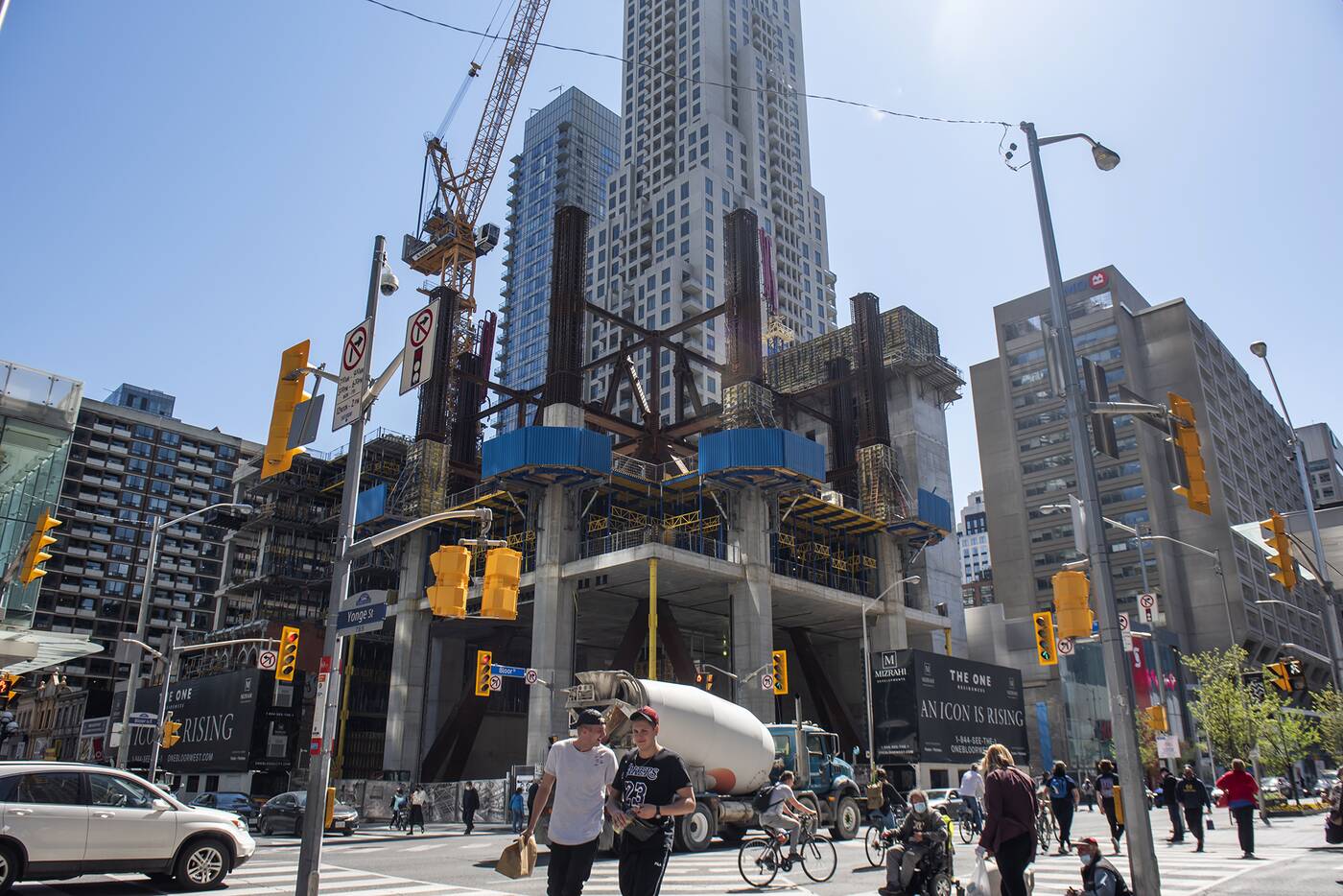 Supertall tower The One is under construction at the corner of Yonge and Bloor.

What we know for sure is that this project will be gargantuan: Mizrahi is pushing for the tower to rise an extra 10 floors to hit 95 storeys instead.

But what's remained somewhat of a mystery is confirmation of The One's podium tenant, which will take over approximately 19,000 square feet of retail space. 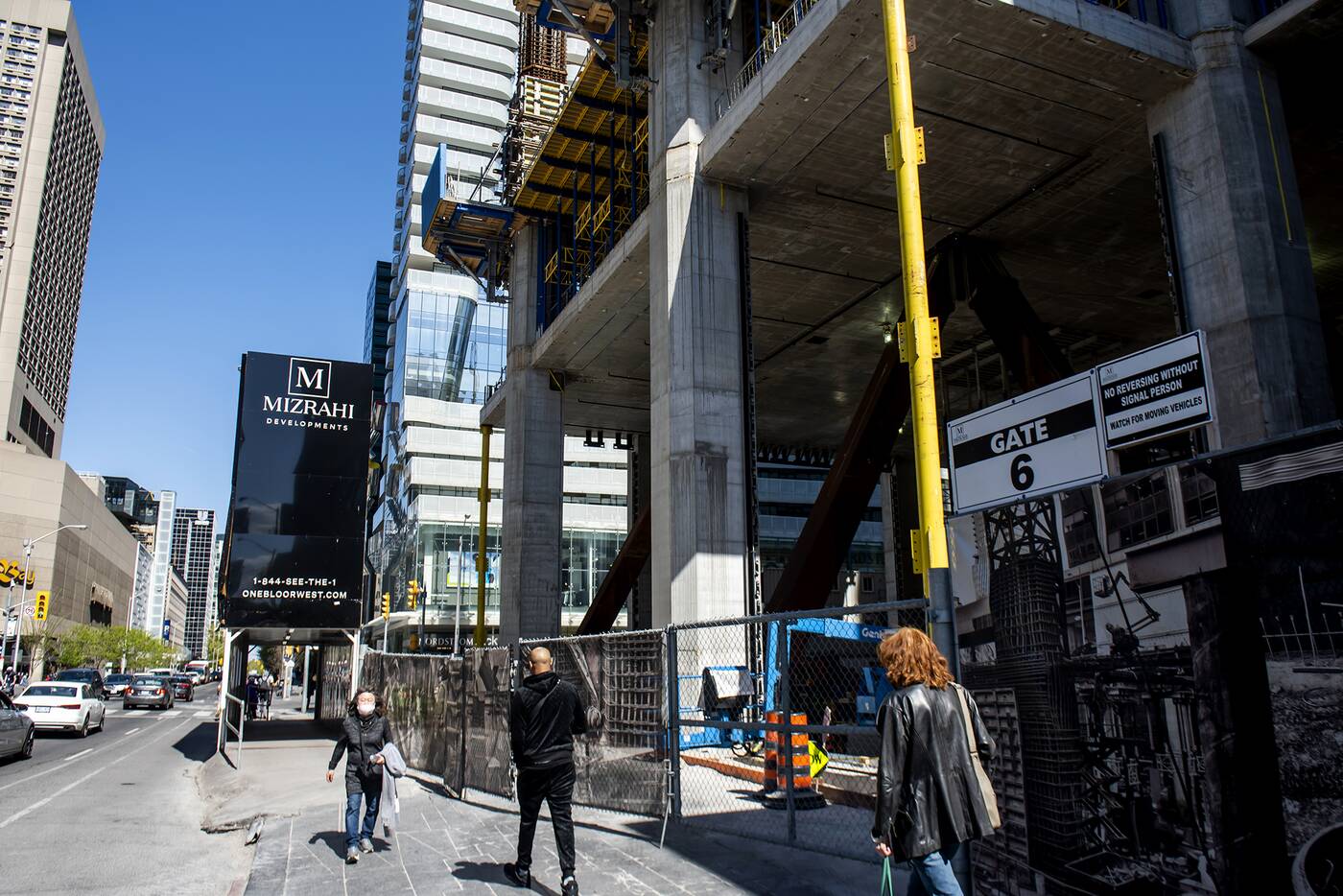 The main floor tenant of The One has long been suspected be Apple with a flagship store.

Though it's widely accepted that it'll be an Apple store moving in, Mizrahi and Apple have not confirmed this publicly, nor suggested what else could replace the demolished 114-year-old menswear store Stollerys as the corner's main shop.

Architectural details, however, hint to some classically Apple store features (the brand's store layout is so distinctive that it's trademarked) that point to an extavagant new outpost of the retail tech giant.

The new flagship Apple Store being built in the podium of The One tower at Yonge & Bloor. This has been such a complex build due to Apple’s demand for no interior columns. An engineering first in the heart of #Toronto’s “Mink Mile”. By starchitect Sir Norman Foster #architecture pic.twitter.com/sctlVjgFzN

For one, The One's is being designed by Foster + Partners, the same architecture firm behind international Apple stores in Miami, Chicago, Macau, and Tokyo, a pretty obvious indication that a Toronto version is in the works.

While we likely won't be getting a glass cube entrance, like New York's famed Apple Fifth Avenue, the main salesroom may shape up to look the same: essentially one large room with facades made of glass panels. 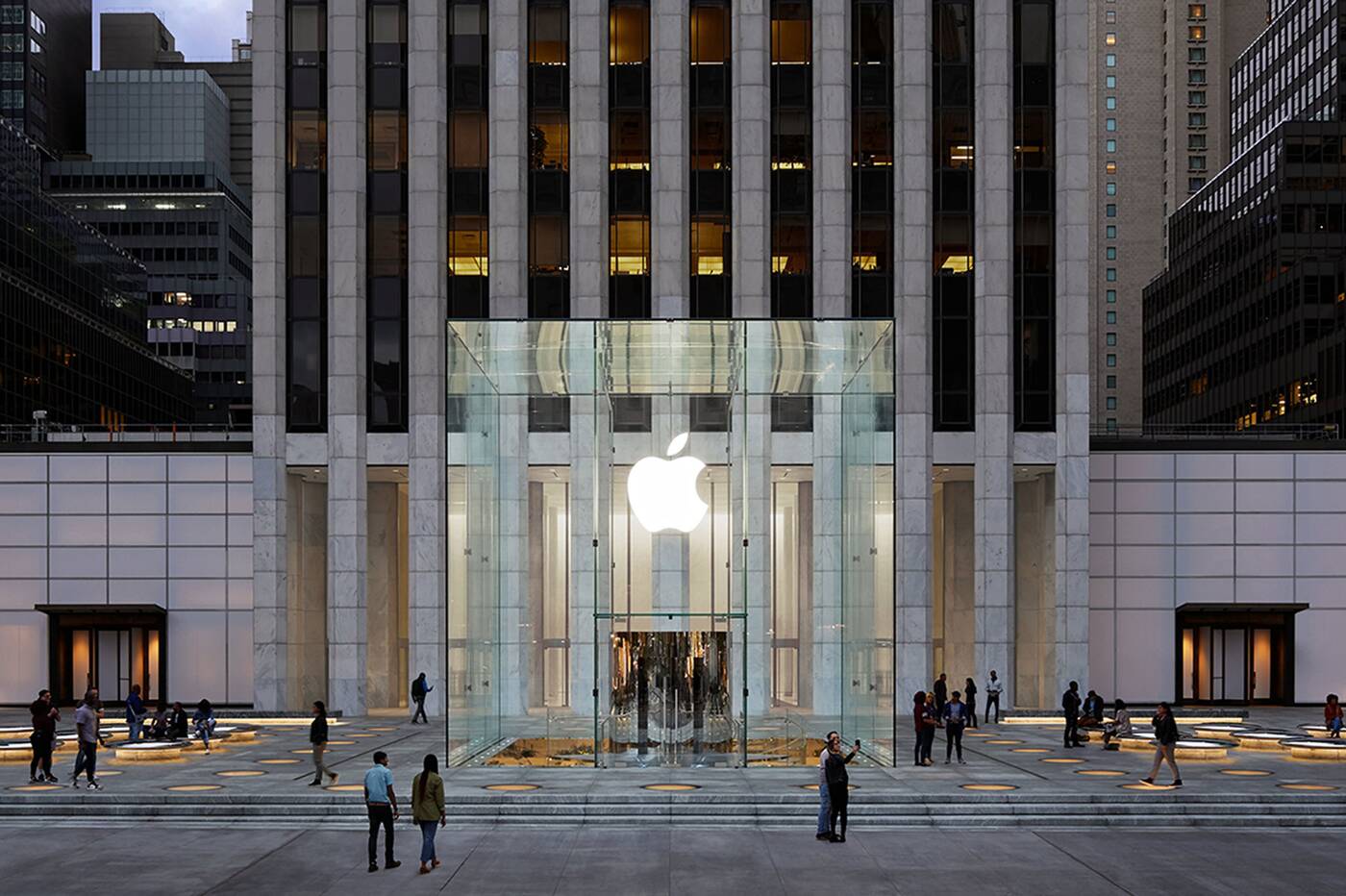 The Toronto retail store will span three storeys, which would be fitting for a shop that loves spiral staircases.

In Singapore, the Orchard Road flagship has a glass facade that spans 120 feet high, with curved stone staircases. The staircase in New York is made of glass.

According to a tweet from photographer and architecture buff Pedro Marques, developers have had to accommodate Apple's request for no interior columns in the build, an architectural feat. 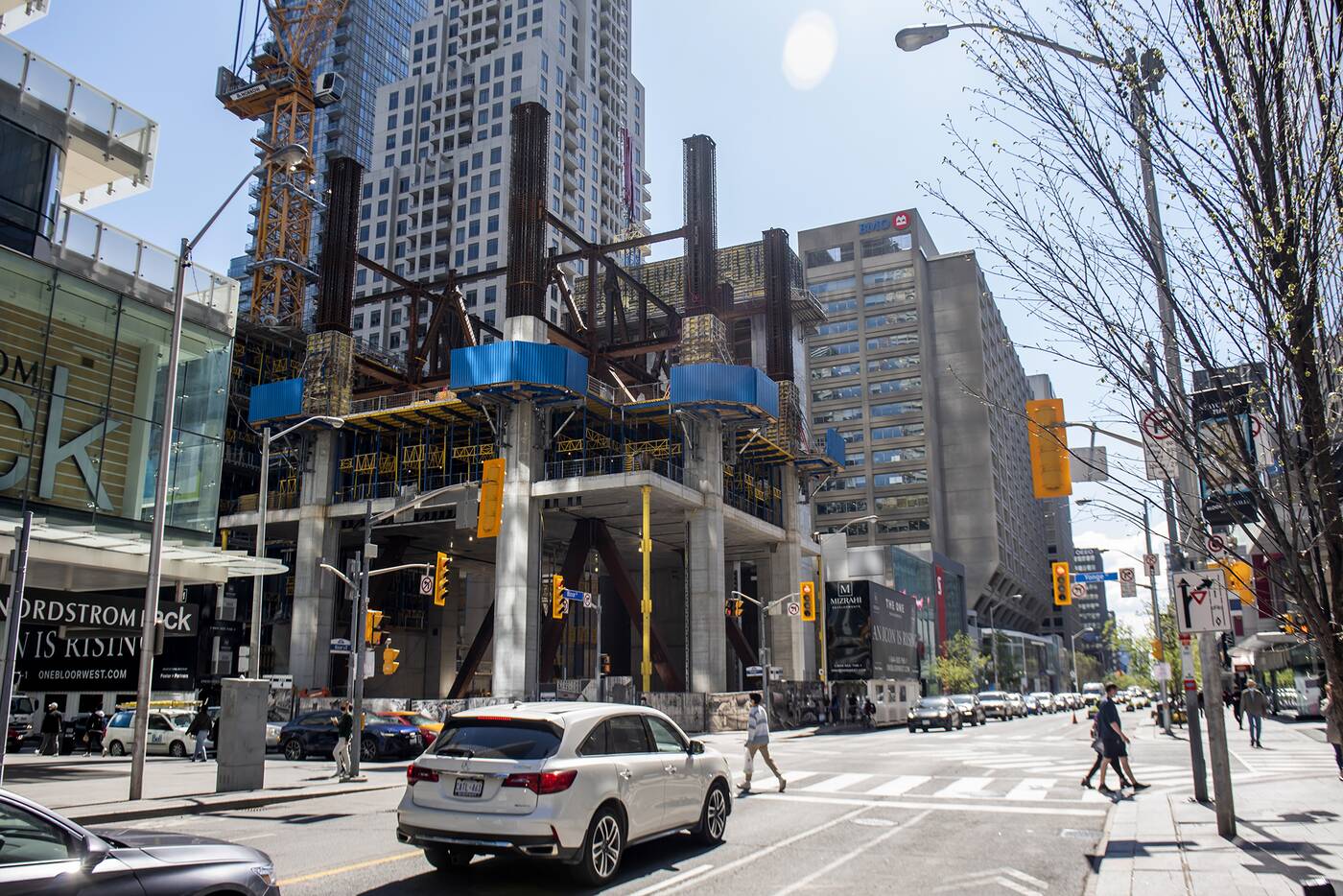 The building is being designed by architecture firm Foster + Partners.

We'll have to wait for more features to be installed before we get a better idea of how the future Apple shop will fare in comparison to its luxurious international counterparts, and how it'll transform this central city corner.