Toronto's tallest condo tower may turn out to be its most extravagant as well.

One Bloor West, typically referred to as "The One," is slowly shaping up to be the peak of luxury in the city.

As the project nears its groundbreaking, a report from the Globe and Mail reveals some of the details surrounding the project, including a few hints at the sky-high prices and amenities that'll also call the building home.

The tower will be home to four three-storey penthouses. Each one is expected to be listed in excess of $20 million, making them some of the most expensive condo units in the country.

For those of us who aren't multimillionaires looking to purchase Drake-worthy penthouses, it'll still be able to get a look at this monster of a building. 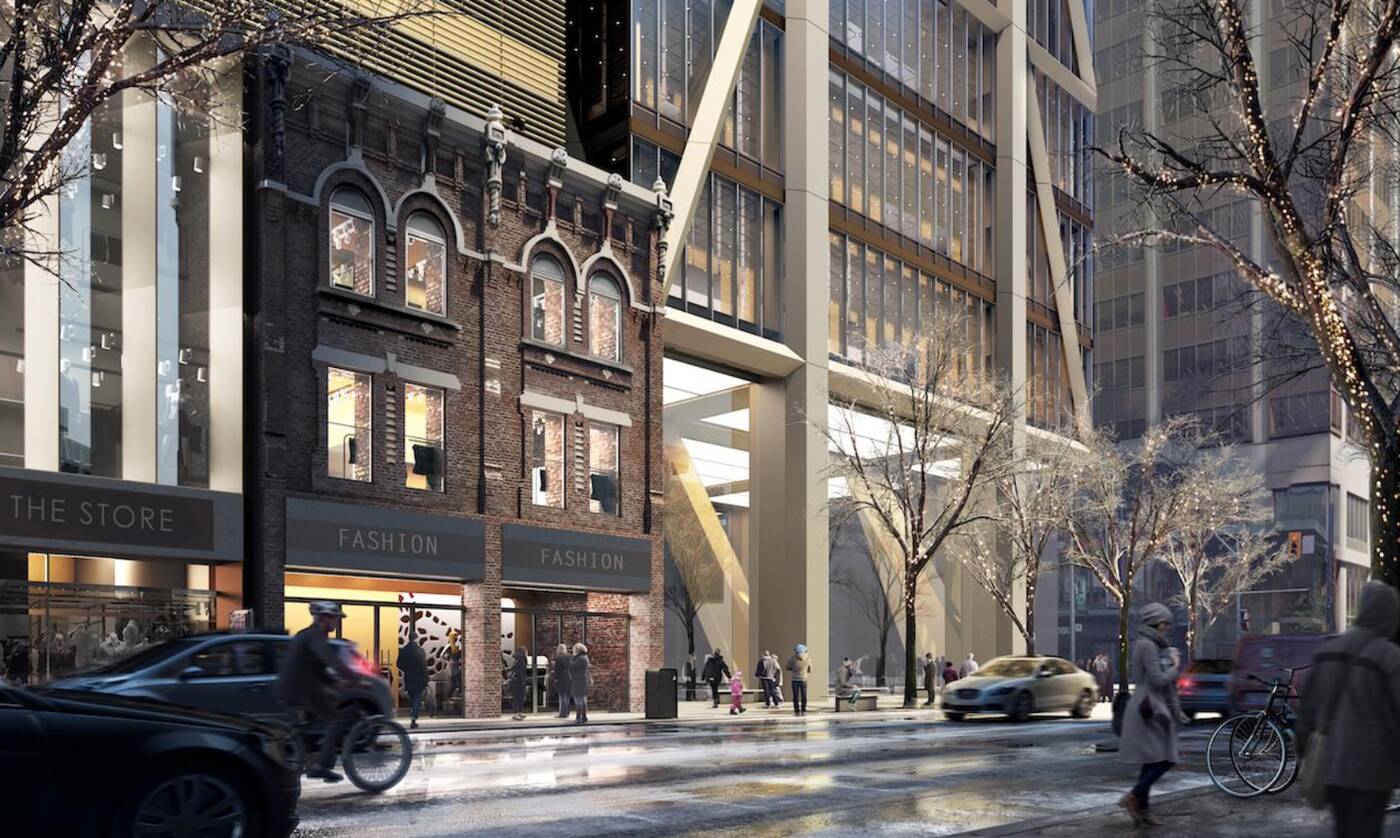 A glimpse at the ground floor retail at The One. Image via Mizrahi Developments.

Its first 18 floors are planned to house retail, restaurants, event spaces, and a boutique hotel that might comprise as many as 11 floors. According to developer Sam Mizrahi, an "international anchor" store will be one of the tenants.

The speculation has long been that Apple is destined to take a prominent place at One Bloor West, though at this point it remains unconfirmed.

On the condo side, Mizrahi told the Globe that there's currently a waiting list of over 7,000 people, who are vying for one of only 416 units.

When the roughly $1 billion project is finished, it will officially become the second tallest structure in the city, edging out First Canadian Place, which currently holds the spot behind the CN Tower.

A groundbreaking ceremony for The One will take place October 5, 2017.

With the official opening date slated for 2022/2023, there's still time to start saving up if you'd like to grab a unit. It might take a bit of extra frugality until then to afford a penthouse, though.