A neighbourhood association is reacting to the sudden demolition of a group of buildings in Toronto's Fashion District — buildings some think should have been protected from such an undignified end.

A group of buildings spanning 8-18 and 47-49 Camden Street was razed over the weekend, despite the site falling within one of the City's Heritage Conservation Districts (HCD) geared towards preventing exactly this kind of mass teardown.

The collection of early-to-mid-20th-century commercial and industrial buildings would have in theory been protected by the King-Spadina HCD established in 2016.

If that wasn't enough, further protection was added when 12 and 18 Camden were added to the City's Heritage Register in 2017.

It turns out none of these protections were enough to save the buildings: The demolition permits actually predate the HCD's establishment by just a few weeks, exempting the buildings from preservation. The Heritage Register listing also came far too late.

City councillor Joe Cressy tells blogTO, "My office heard concerns from neighbours about these demolitions, and I asked Toronto Buildings to send inspectors and look into the issue. The preliminary response that I received from Toronto Buildings is that there appear to be valid demolition permits in the system for these locations, dating back from 2016. However, I am awaiting any further updates following the inspections." 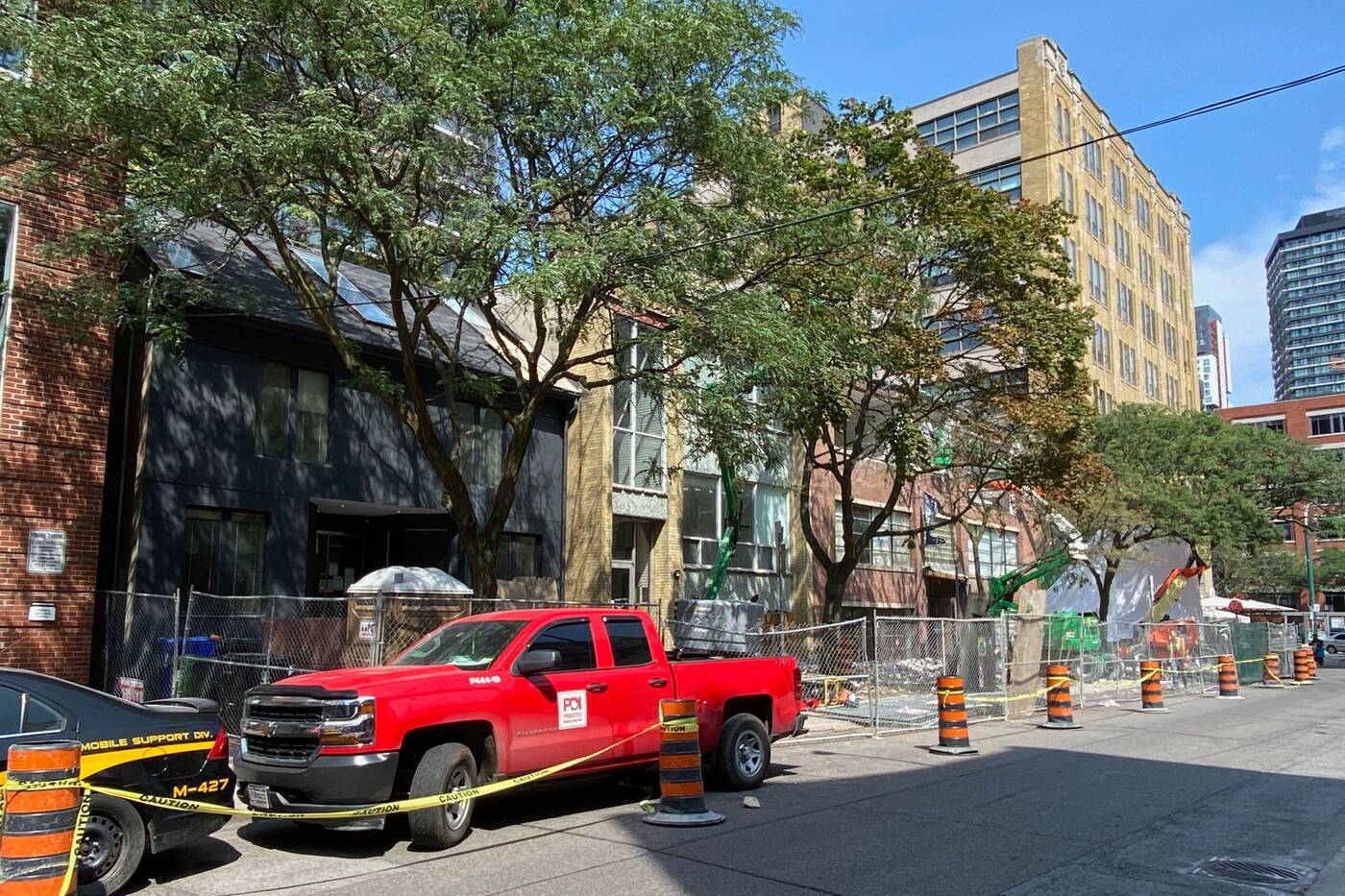 A resident of Camden Street herself, Eggertson is especially concerned about the loss of the area's defining character and the demolished buildings' contribution to the HCD it occupies.

The permits predate the establishment of the HCD, and while they were not carried out until recently, the timing of these permits exempts the building from the HCD’s protections.

"With Camden Street now part of an HCD, any demolition would normally need further approval, except, in this case, the permits were issued in 2016 before the HCD came into effect."

How the demolition was carried out is another concern raised by the GDNA, evoking memories of the Stollerys demolition in 2015.

"The GDNA is aware of the ownership of these properties, a developer whose two submissions to the LPAT have recently been either rejected or appealed on the basis of heritage."

A quick search on the City's lobbyist registry reveals the project is tied to Lamb Development Corp.

Eggertson says that "the GDNA has dealt with many developers who work WITH the community, maybe with some headaches for the developer but with a more acceptable end product."