That time Toronto almost built a towering monument to jeans

A glittering ultra-luxe condo tower rises tall over the 1905-built former Canadian Bank of Commerce building on Toronto's Yonge Street, just north of Queen, but things could have been much different had a Montreal denim baron got his way.

The site across from the CF Toronto Eaton Centre at 197 Yonge Street had stood idle since 1986, though a new future was promised in March 2009 when Salvatore Parasuco, founder and President of Parasuco Jeans Inc., announced his big plans to turn the site into a hotel tower and monument to denim. 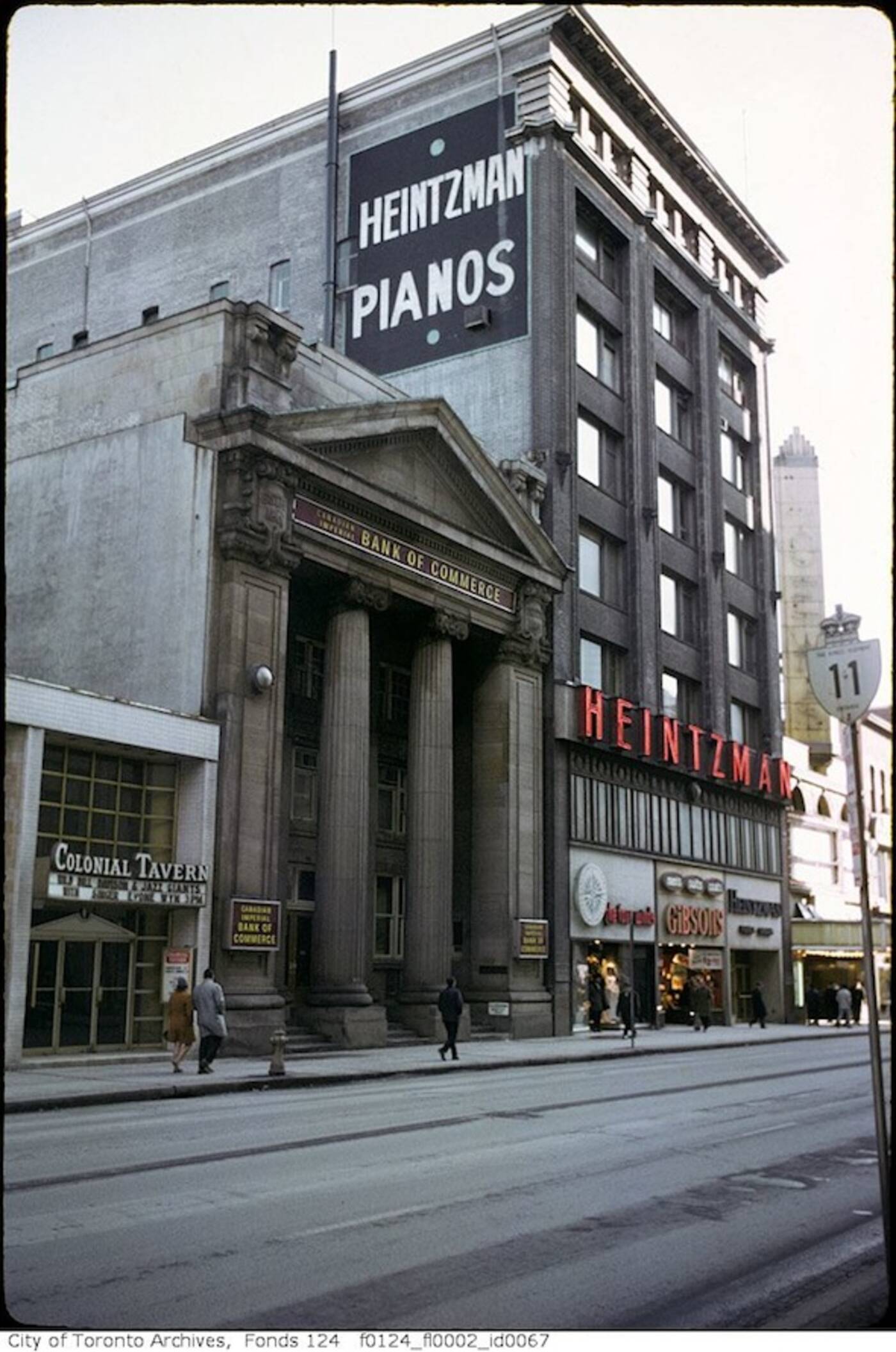 Photo of the Canadian Bank of Commerce building. Photo via Toronto Archives.

"Hotel Parasuco" would have risen 26 storeys above the Beaux-Art style bank building owned by the brand since 1999. At the time, the building was known more for its mountains of pigeon poop and its crumbling exterior than its contribution to the city's heritage portfolio.

Designed by LEMAYMICHAUD Architecture Design of Montreal, the tower was planned to house over 160 luxury hotel rooms, though it appears much of the original heritage building would have been swallowed up by the plan. 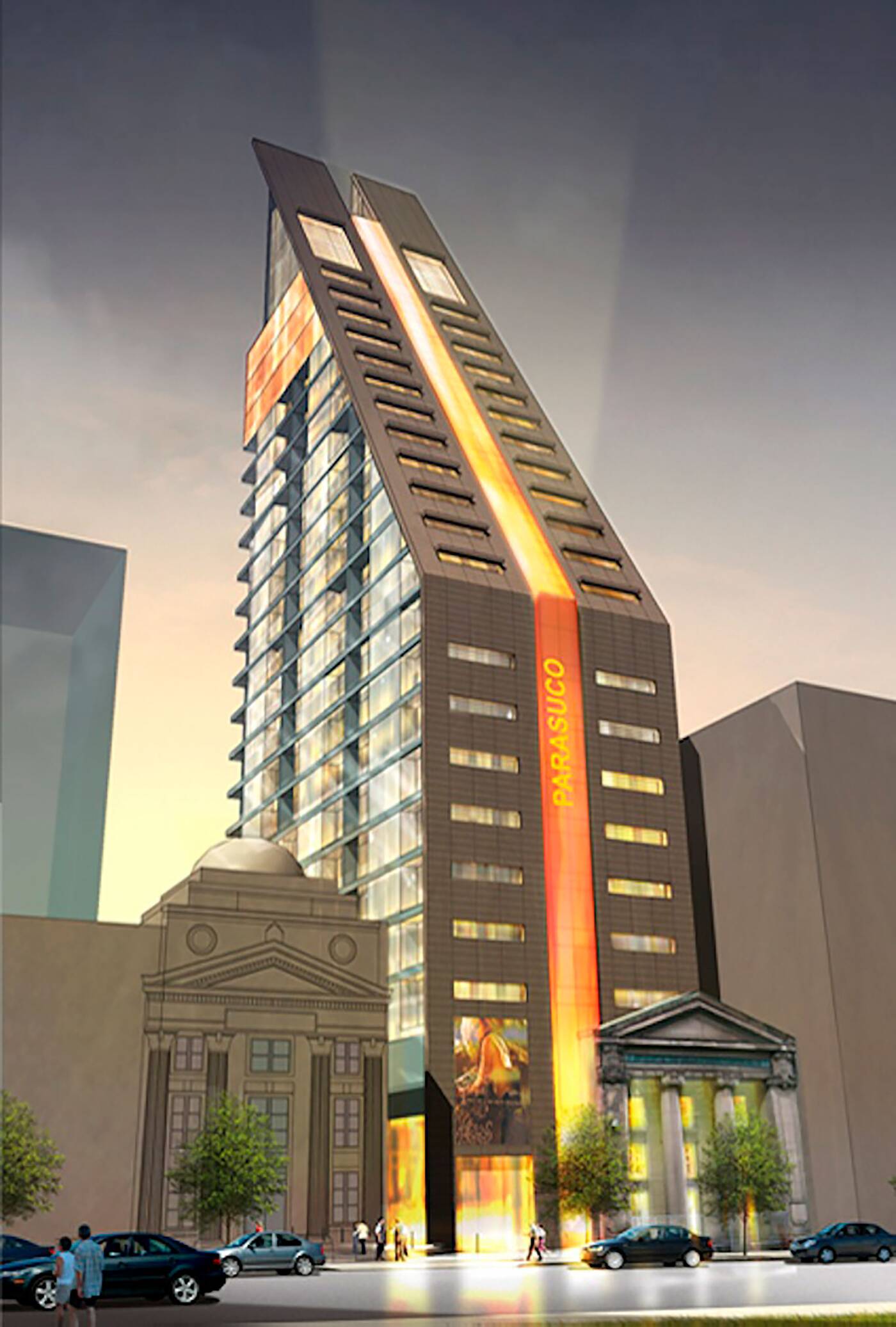 Looking east across Yonge to the ill-fated plan for "Hotel Parasuco." Rendering by LEMAYMICHAUD Architecture Design for Parasuco

The tower wouldn't have been the first hotel to operate on the site. The land immediately north of 197 Yonge had previously been home to the Scholes Hotel. This same site would later host the legendary Colonial Tavern, and more recently, a city parkette.

Parasuco's dream was poorly-timed and short-lived, proposed in the midst of the Great Recession and just before the Toronto building boom really took off.

The fashion brand shelved its plans in the face of uncertain times, and the site was ultimately purchased by MOD Developments in late 2011, who proposed the Massey Tower the following year.

This proposal was what would eventually be built on the site, bringing a towering 60-storey presence to the skyline, and incorporating the restored exterior walls and some interior features of the heritage bank building below.

On top of its preservation of a critical Yonge Street landmark, the Massey Tower donated land for an expansion and refurbishment of Massey Hall.