One last look at 197 Yonge Street before it's condo time

A few years ago we got a chance to look inside 205 Yonge Street, one of a pair of derelict banks opposite the Eaton Centre. With news earlier this year that the southern bank, at 197 Yonge, was to be redeveloped as part of the Massey Tower condo, we jumped at the chance to look inside before restoration work begins in earnest.

Stripped back to its bare bones, the ground level of the bank contains a well-preserved marble mosaic floor that spreads across the entranceway, manager's office and cashier hall. If you look closely, faded and worn tiles give away the location of desks, counters and temporary walls added and removed over the years. Just inside the front door, a caduceus, a common symbol of commerce employed by the Canadian Bank of Commerce in its logo, welcomes visitors into the grand beaux arts structure. 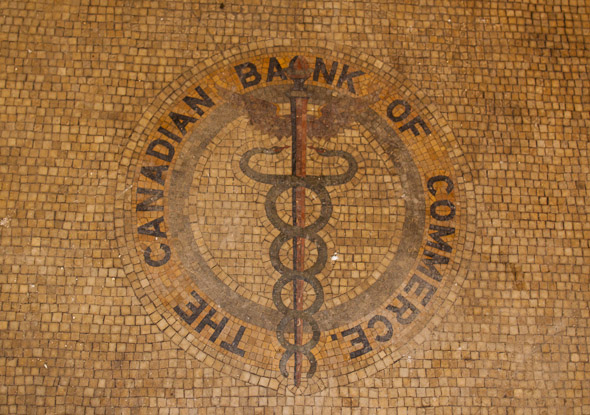 The second floor of the bank overlooking Yonge Street was reconfigured in the 1980s to house a dentist's office, and there's plenty of evidence of extractions, root canals and fillings among the scribbled notes on the walls from squatters. Wires poke through holes in the floorboards where the dentist's chair used to sit, piping from long-removed sinks still attach to the walls.

There are at least 10 safes in the bank â only a few of which the developers have managed to open. A small secure deposit box once hidden inside a cabinet in the ground floor manager's office is one of those that remain sealed. Walk in safes in the basement and on each floor were once used to secure cash and other valuables and one still contains cheques, savings slips and other paperwork.

In just a few months, careful restoration work on the original ornate plaster ceilings, wood fixtures and marble floors will be complete and the building will be temporarily re-opened as a condo office. Work on the project is expected to wrap up in roughly three years. Here's a last look at 197 before the transformation takes place. 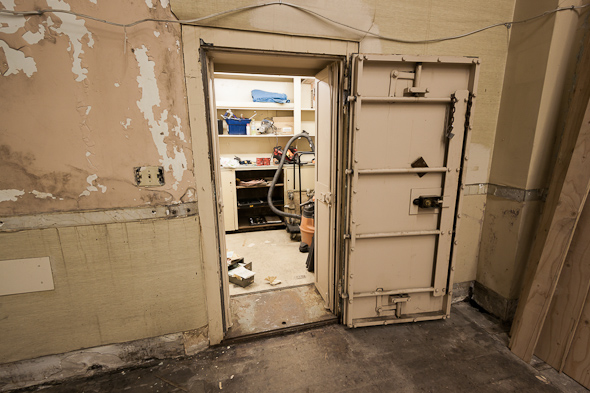 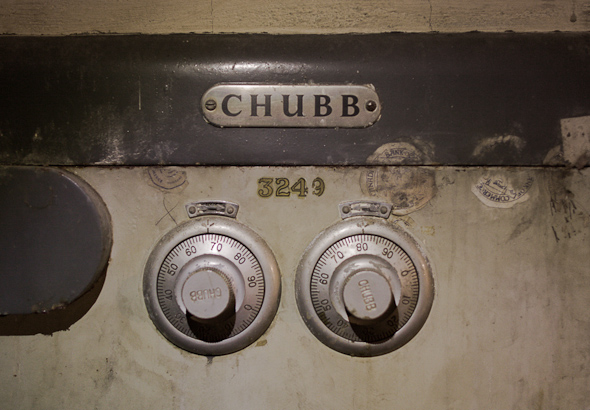 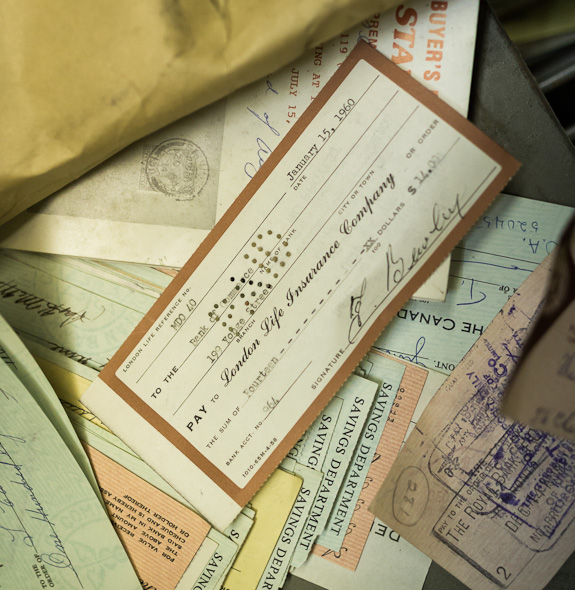 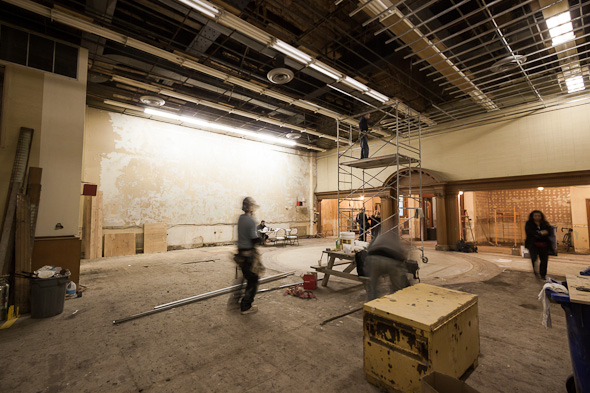 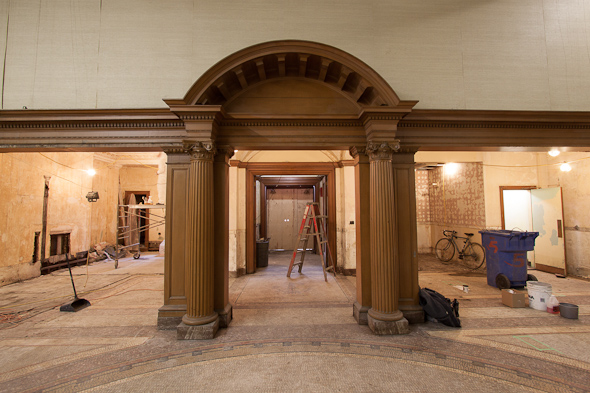 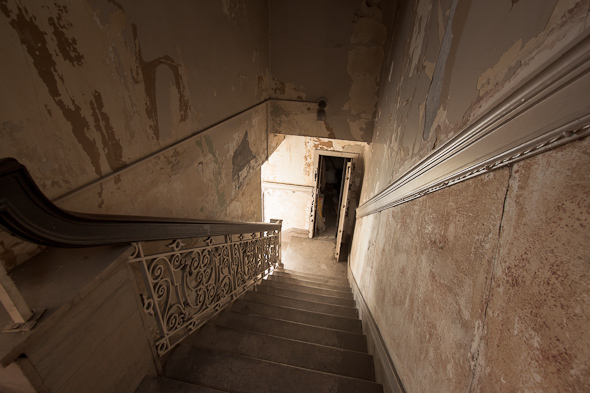 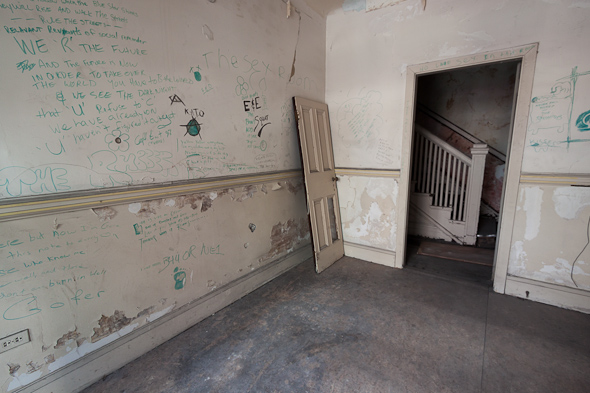 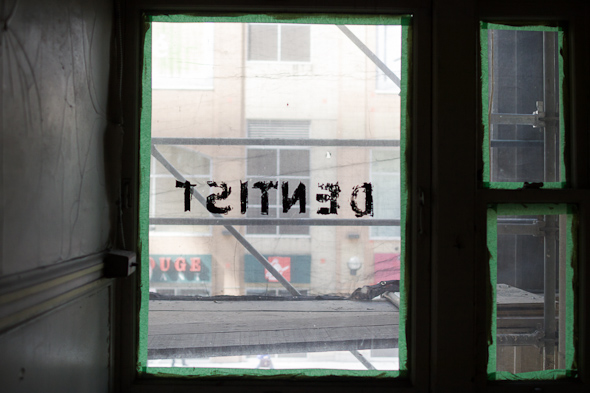 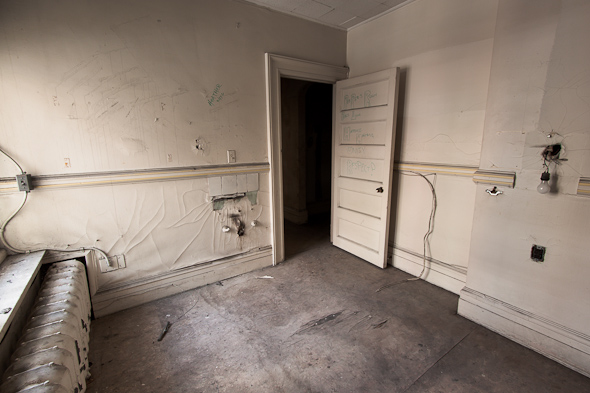 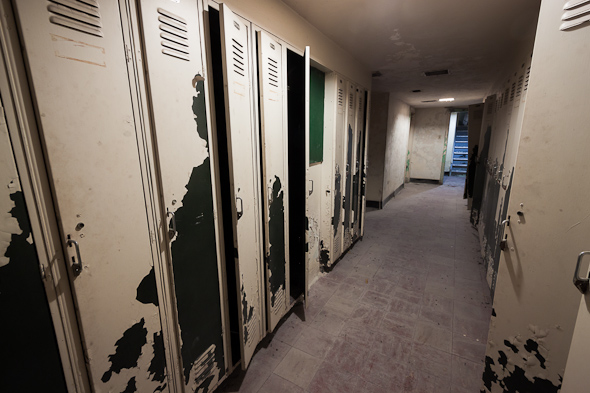 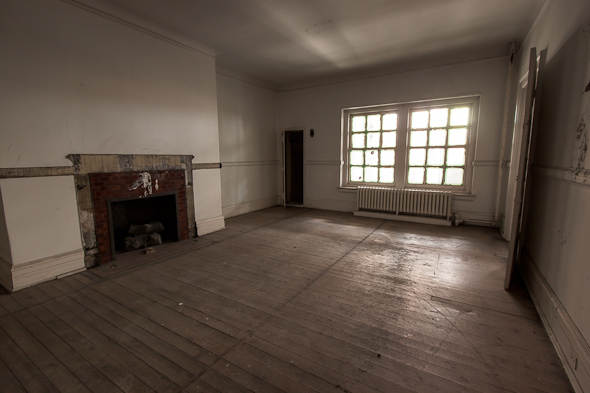 Photos by Tom Ryaboi. Thanks to Michael McClelland, Andrew Pruss and Parmjit Parmar for the tour.