Another prominent Toronto supermarket could soon be demolished if a new proposal is approved. The latest supermarket in the crosshairs is the Loblaws on Broadview just south of Danforth, being targeted for replacement with a curvaceous 35-storey tower. 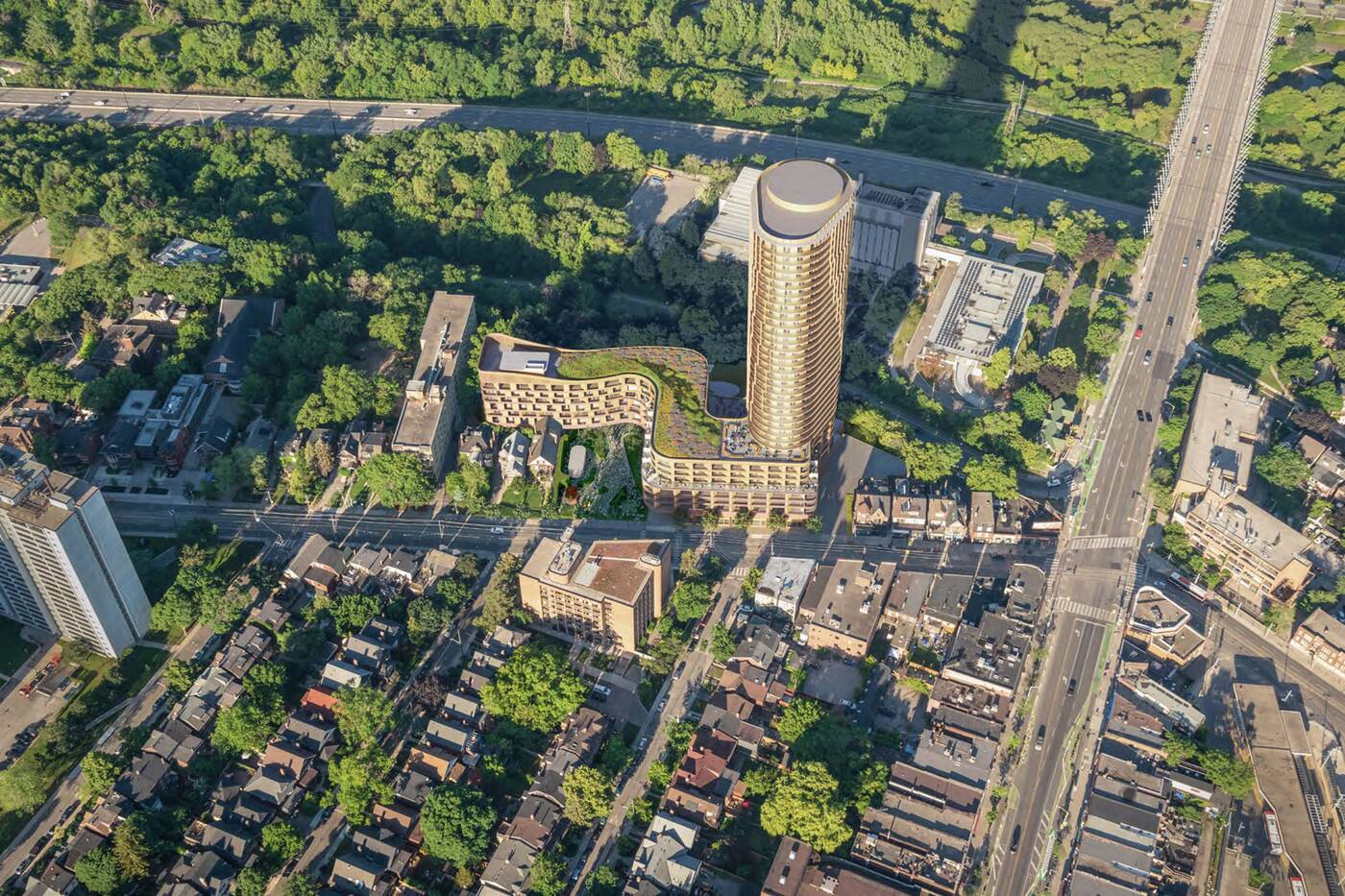 The proposal extends from 682 to 742 Broadview Avenue, though the heritage homes bookending the site are planned to be retained. The interior of the site — the Loblaws location and a two-storey home converted to businesses — would be razed to make way for what would easily become the area's tallest tower. 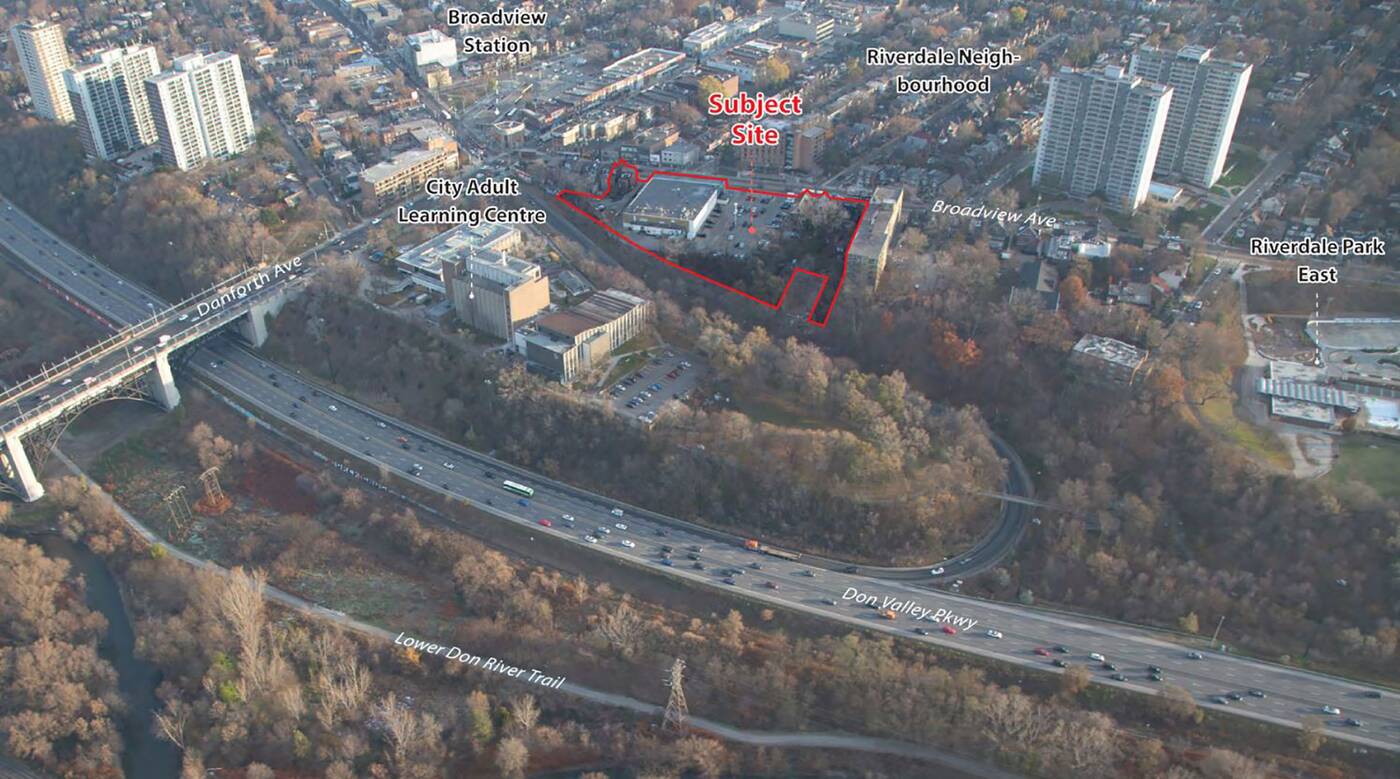 503 residential units are proposed, though it is not yet specified whether these would be rentals or condos. Based on the popularity of city views from the nearby Riverdale Park East to the south, residents of these units would be primed to enjoy some of the best panoramas in the city.

Locals worried about the loss of a community staple can rest easy, as the grocery store's absence would only be temporary. Over 2,000 square metres of proposed retail space is in the mix here, and the developer is stating their intention to include a replacement grocery store in the new building. 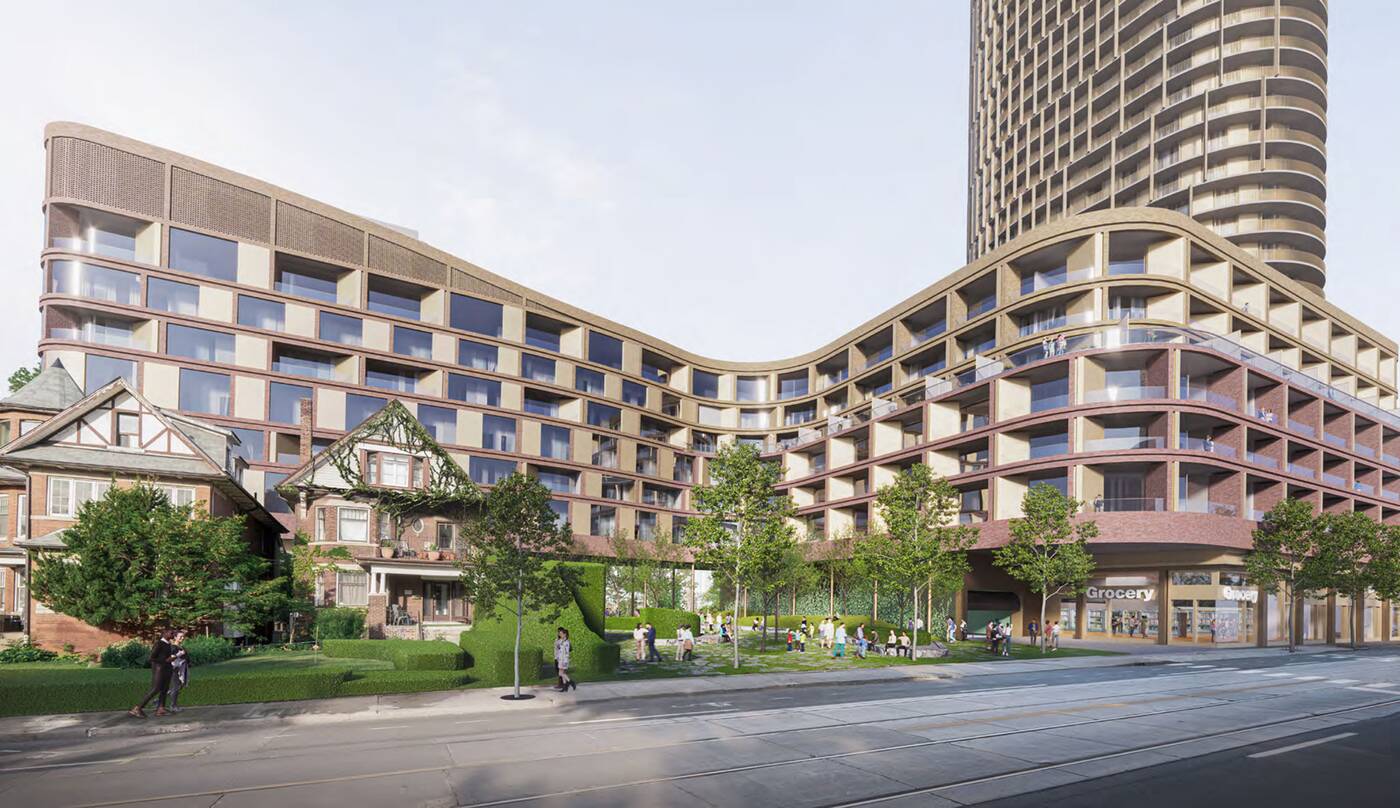 Like the huge No Frills redevelopment reported last week (which also contains a grocery store replacement), Choice Properties REIT is behind the plan for the Broadview site. An offshoot of grocery titan Loblaws, it's a safe bet to assume that Loblaws or an associated grocery brand will be the one to re-open within the new development. 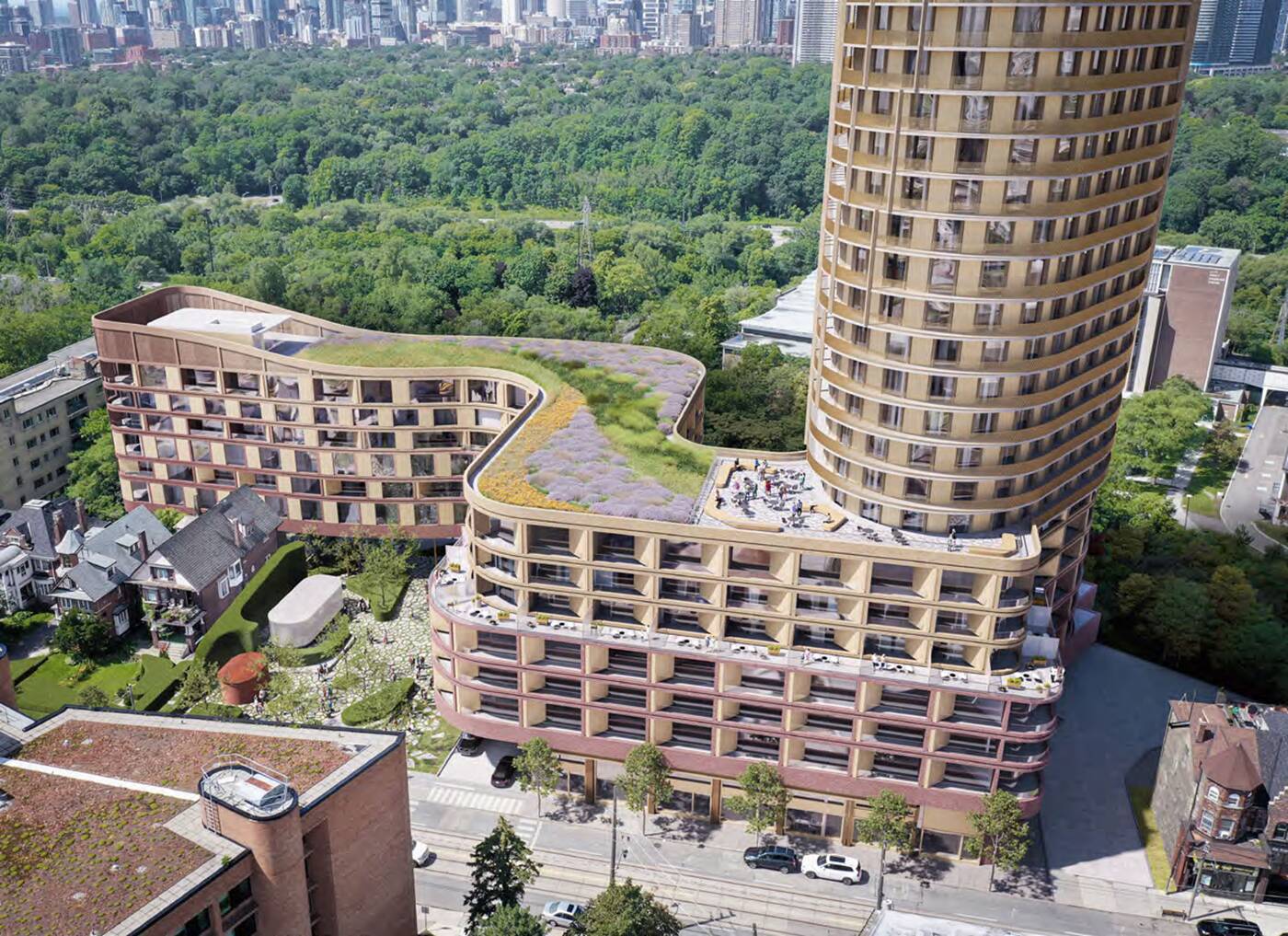 Aside from replacing an over 60-year-old grocery store, perks for the local community would include a new 460 square metre public park along Broadview Avenue, connected to a 1,364 square metre plaza cutting west across the site. 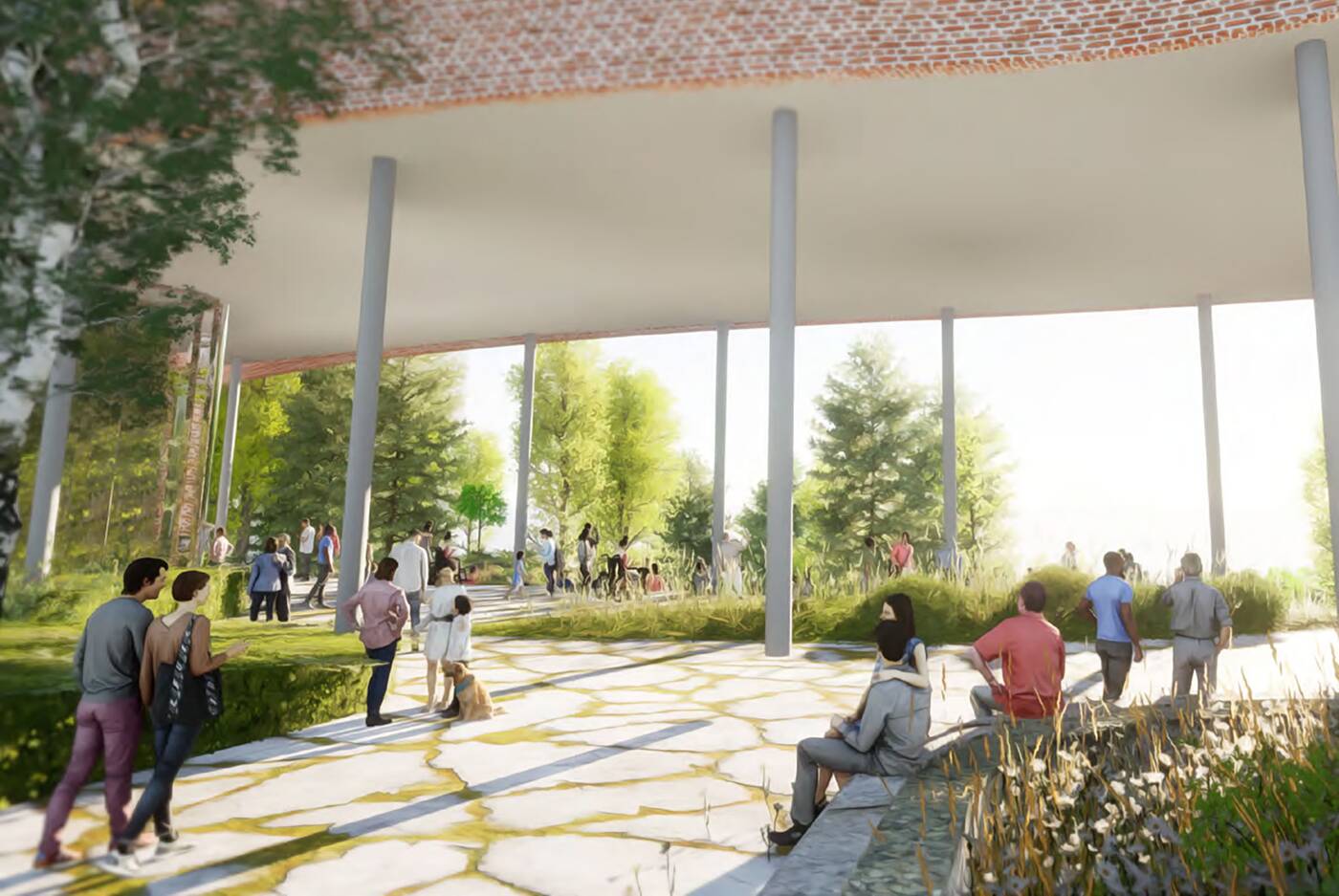 Another exciting element of the plan is a potential new connection into the Don Valley, creating new pedestrian and cyclist access into the ravine and possible future links to the city's extensive trail network.

This Dallimore Creek Trail wouldn't just be a basic connecting path. Instead, the developers are planning a colourful route of winding switchbacks and hairpin curves starting from the west end of the plaza that would surely stand as a destination on its own. 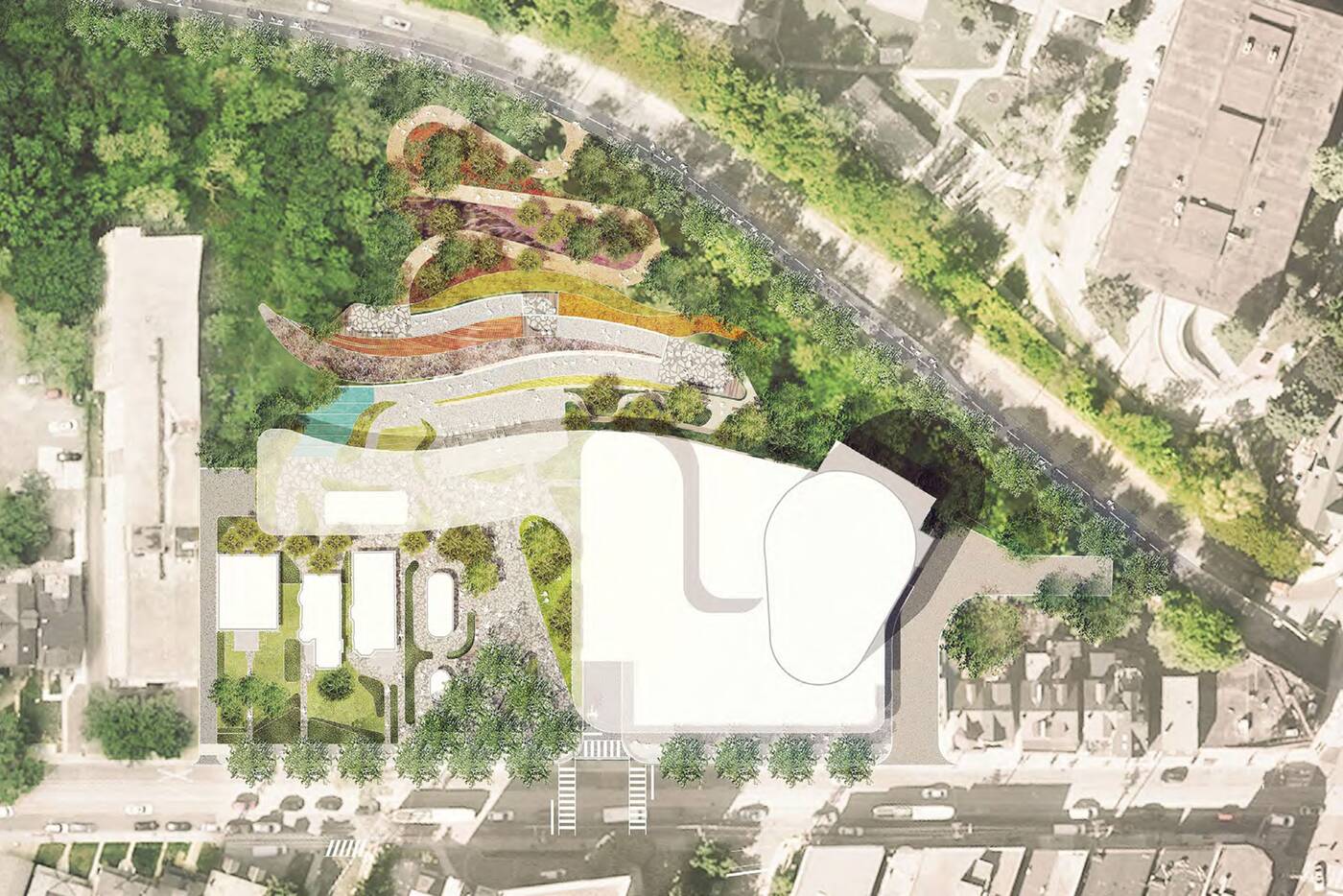 The outdoor area also includes a space known as the "Terraced Rain Gardens," designed to help manage stormwater while looking great in the process. 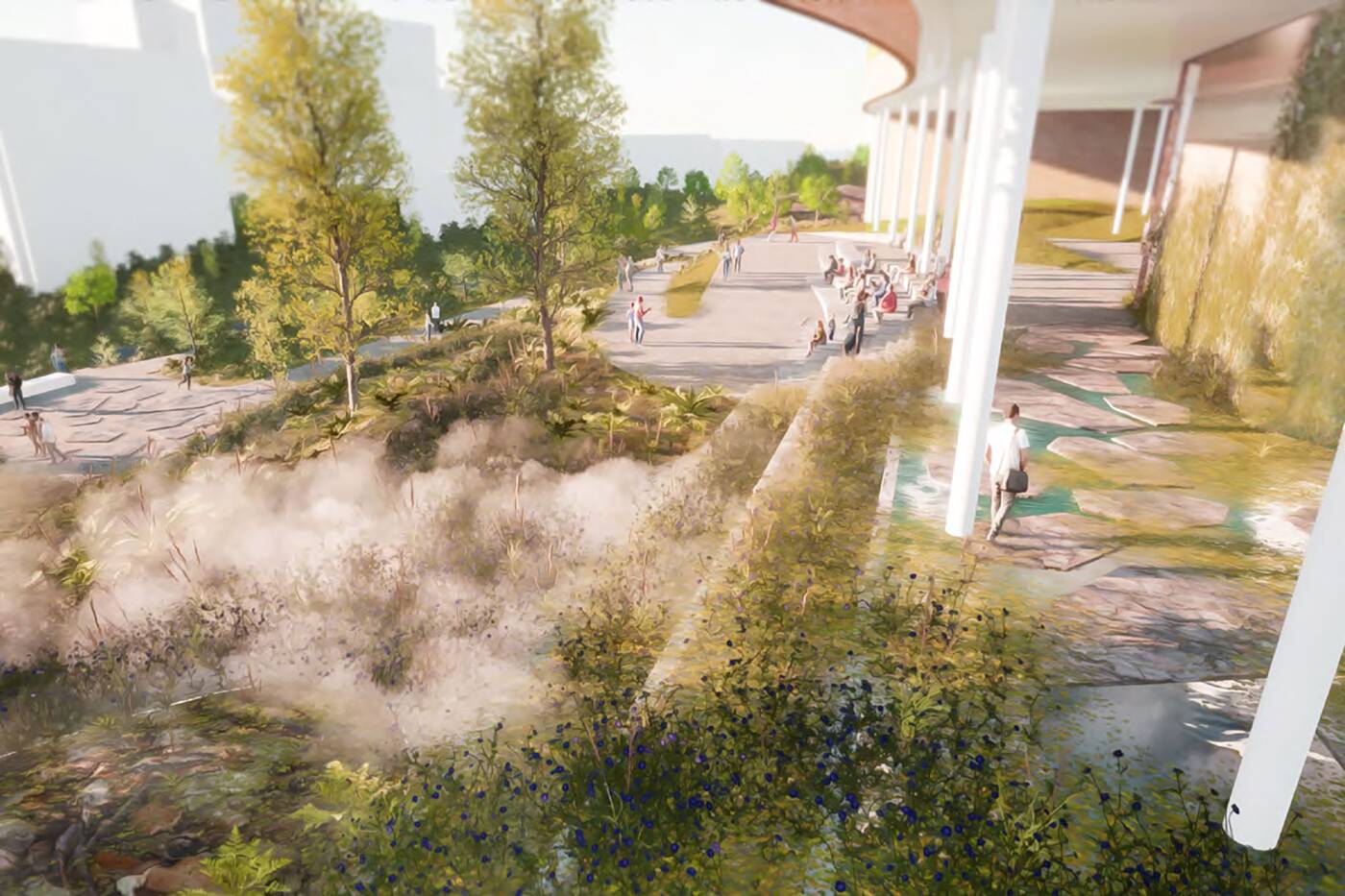 Terraced Rain Gardens, looking north from rear of the development.

These latest grocery store redevelopment plans signify changing times, where standalone stores are no longer justifiable on prime urban real estate. Your local grocery store could be next!

submission to City of Toronto