Toronto No Frills location could get replaced with seven huge towers

A No Frills grocery store and a Mobil gas station in Toronto’s Black Creek and Eglinton area could soon be replaced with a massive development bringing up to seven towers to the site.

The site on the chopping block is at the southwest corner of Eglinton Avenue West and Black Creek Drive, with an address on Photography Drive. 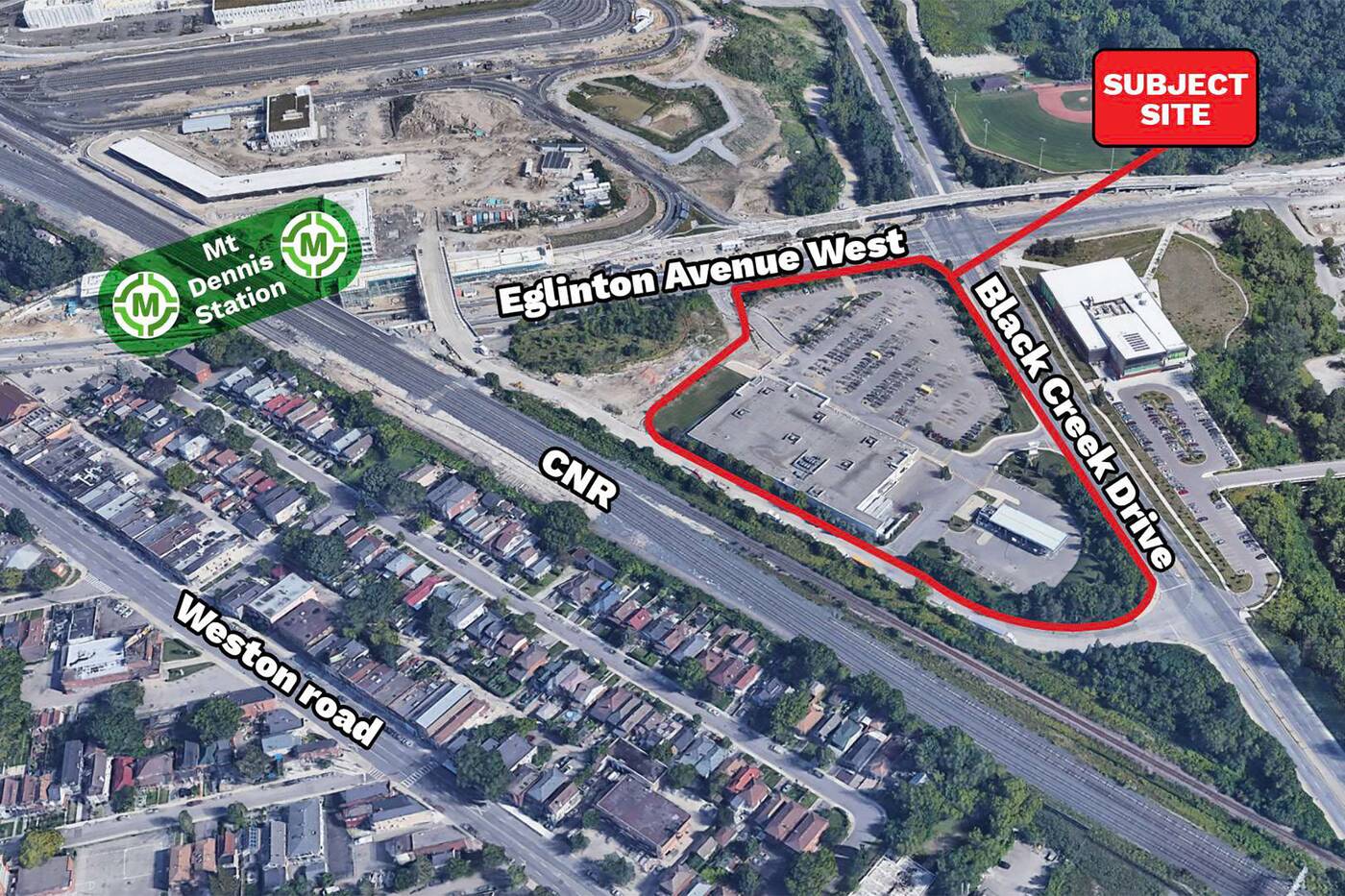 The area is predominantly low-rise, though the coming Eglinton Crosstown LRT has jumpstarted plans for developers to go tall in the area.

Tabled with the City in July, the plan would bring seven residential mixed-use buildings to the site, with heights ranging from 20 to 49 storeys. These heights could be tough for area residents to stomach, the closest tall buildings being a full kilometre north of the proposal site at Black Creek and Trethewey. 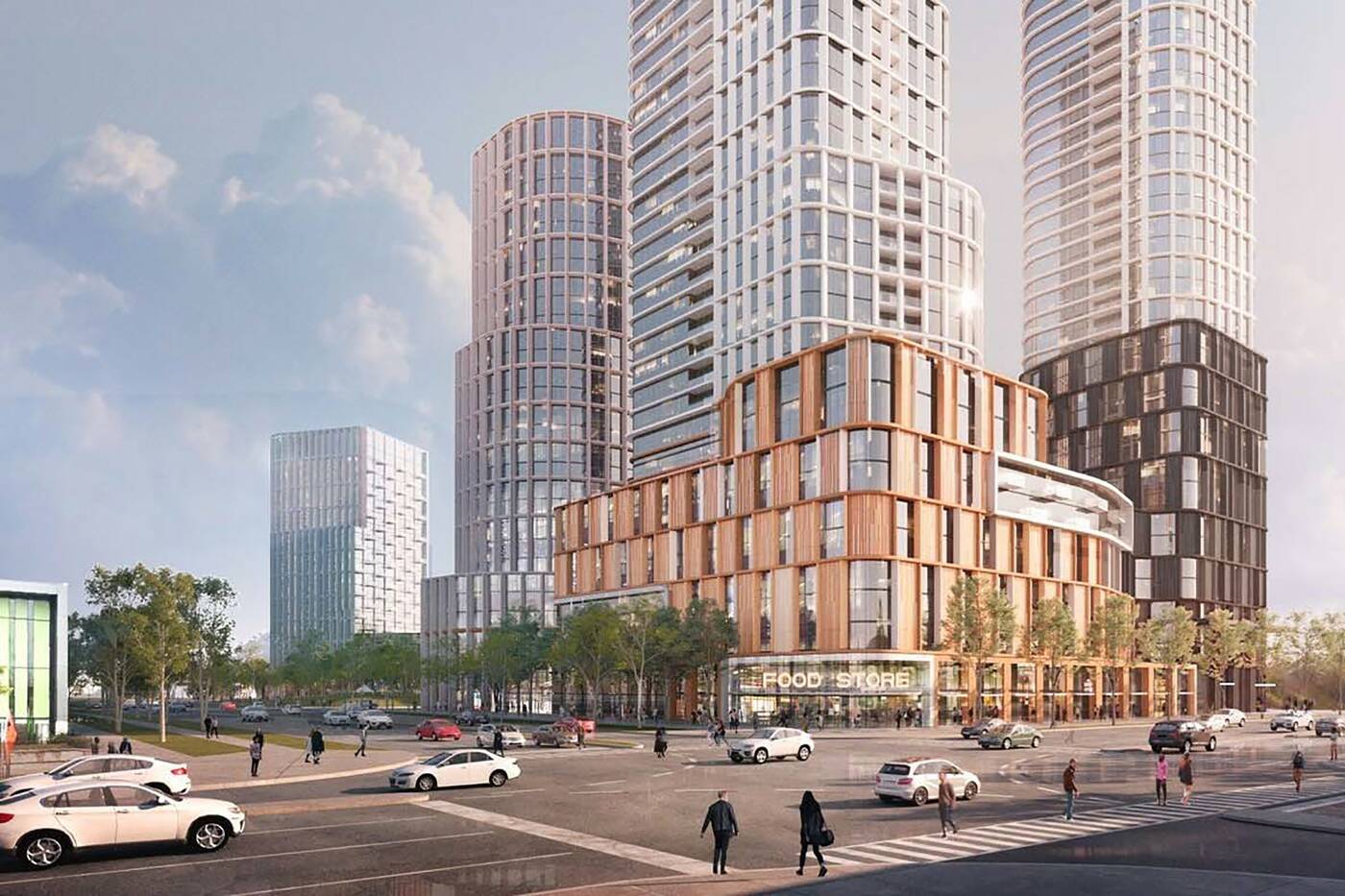 The planned 2022 opening of Mount Dennis Crosstown station and a future GO train connection are instrumental in what the developers are asking for, with transit access a justification for the 2,356 residential units planned across the towers. It is still unspecified at this time whether these would be rental or condominium units.

Locals may not be happy about a new high-rise skyline for their low-density community. Still, many in the area will take solace in news that the supermarket, a community staple, is planned to remain open during the initial phases of what is anticipated to be a long-term redevelopment.

During this time, a new supermarket would be constructed. Once completed, it is expected the current No Frills would be among the last areas of the 7.4-acre site to be redeveloped, meaning there would be a continuous grocery store presence throughout the redevelopment.

Renderings are not specific as to which grocery store would open in the redeveloped site, a nonspecific placeholder image simply indicating a “food store” in the mix. 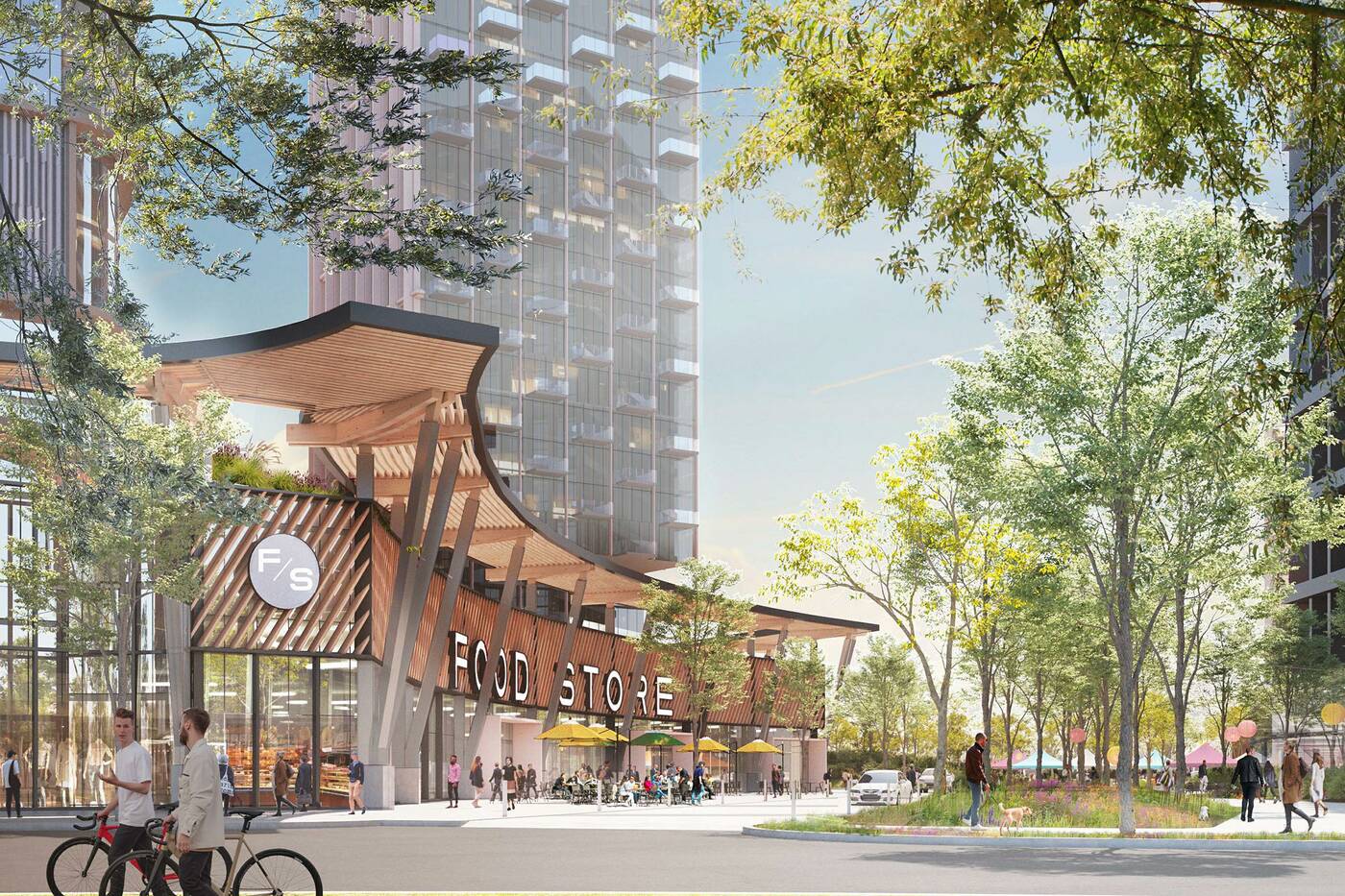 What is specified is that over 4,500 square feet of retail space will be included in the complex, with the unnamed food store to be joined by retail units along the central building’s Eglinton Avenue frontage.

The development proposal has been brought forth by Choice Properties REIT, a company spun off from grocery giant Loblaws in 2012, fueling speculation over who the grocery tenant will be.

The residential and retail blocks would be crossed by new public and private streets, while a privately-owned publicly accessible space would border Black Creek Drive to the east.

The new open space — functioning as a public park but operated privately by the owners — could become a fun new escape for the community, designed with flowing paths, lush landscaping, and even an off-leash area for dogs. 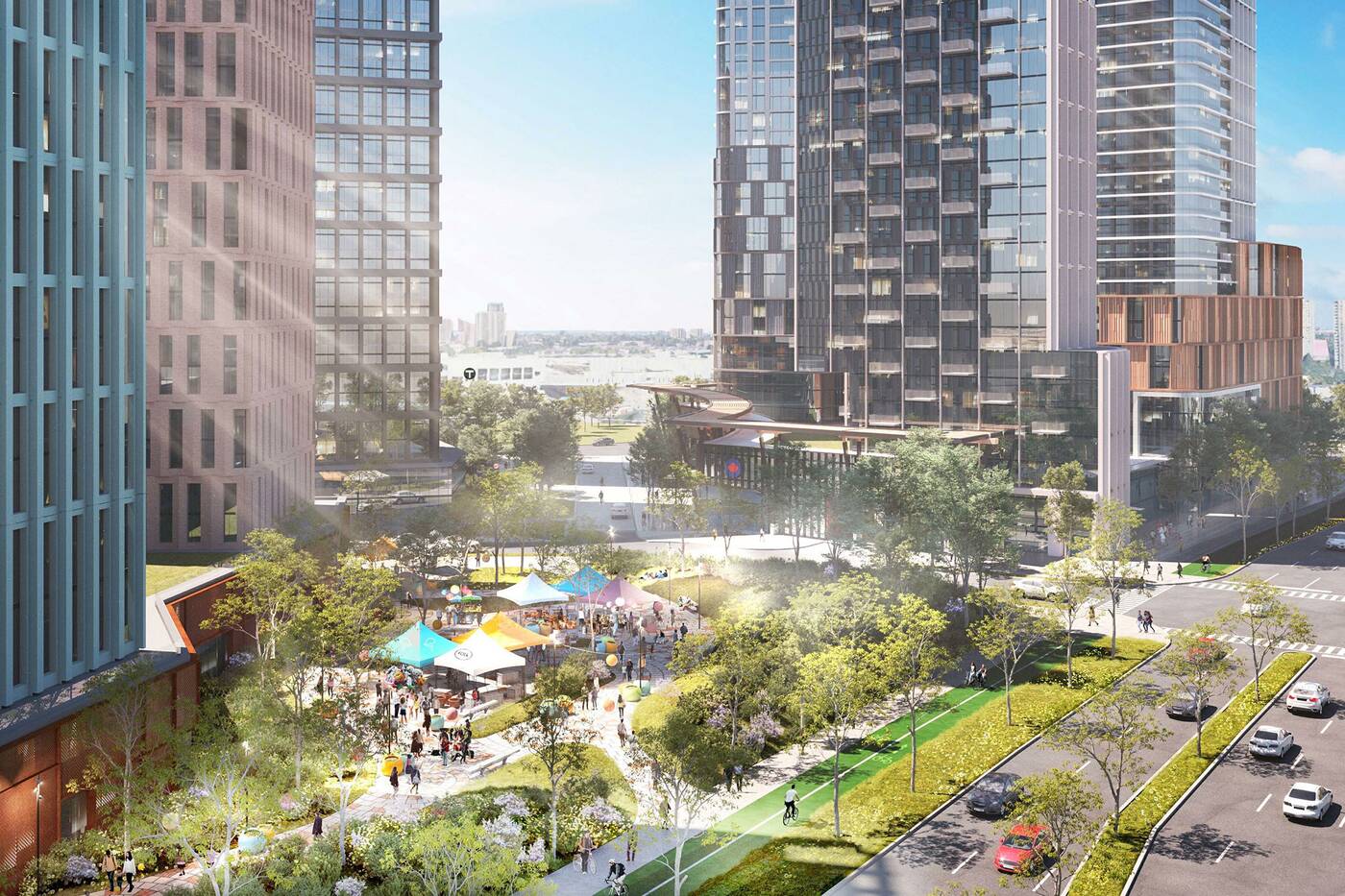 Even with a new multimodal transit station just across the street, the conglomeration of towers has been proposed with an insane parking component of 1,845 spaces. This sizeable parking garage could spell future issues for motorists in the area who have already spent the last decade dealing with the disruption caused by the Crosstown LRT’s construction.

Fewer surface transit inconveniences helped sell the idea of the Crosstown LRT, though the line is also proving to be a catalyst for huge developments bringing sprawling underground parking garages and contributing to surface traffic.

Transit will likely still play a key role in whether or not these plans become a reality. The City and Province are both promoting transit-oriented developments such as these, but the towers’ incongruous height in the local context may prove to be a stumbling block in the approvals process.

submission to City of Toroto