This is what the skyline in Scarborough will soon look like

The incoming (albeit, delayed) Crosstown LRT is bringing a slew of developments to Eglinton Avenue East, including a massive 10-tower project that will drastically change the Scarborough skyline.

The big box shopping centre Golden Mile Plaza at Eglinton and Victoria Park, which was built in 1954, is slated to be demolished to make way for a massive new project from Choice Properties' REIT.

A 10-tower development is slated for the site of Scarborough's Golden Mile Plaza. Photo by Giannone Petricone Associates via City of Toronto applications.

As the site of the Golden Mile's original strip mall — a defining characteristic of the Eglinton East corridor between Vic Park and Birchmount — this proposal will mark a massive change at the heart of Scarborough.

The new 19-acre, transit-oriented neighbourhood will form a new grid just north of the Crosstown LRT with 10 new residential towers. 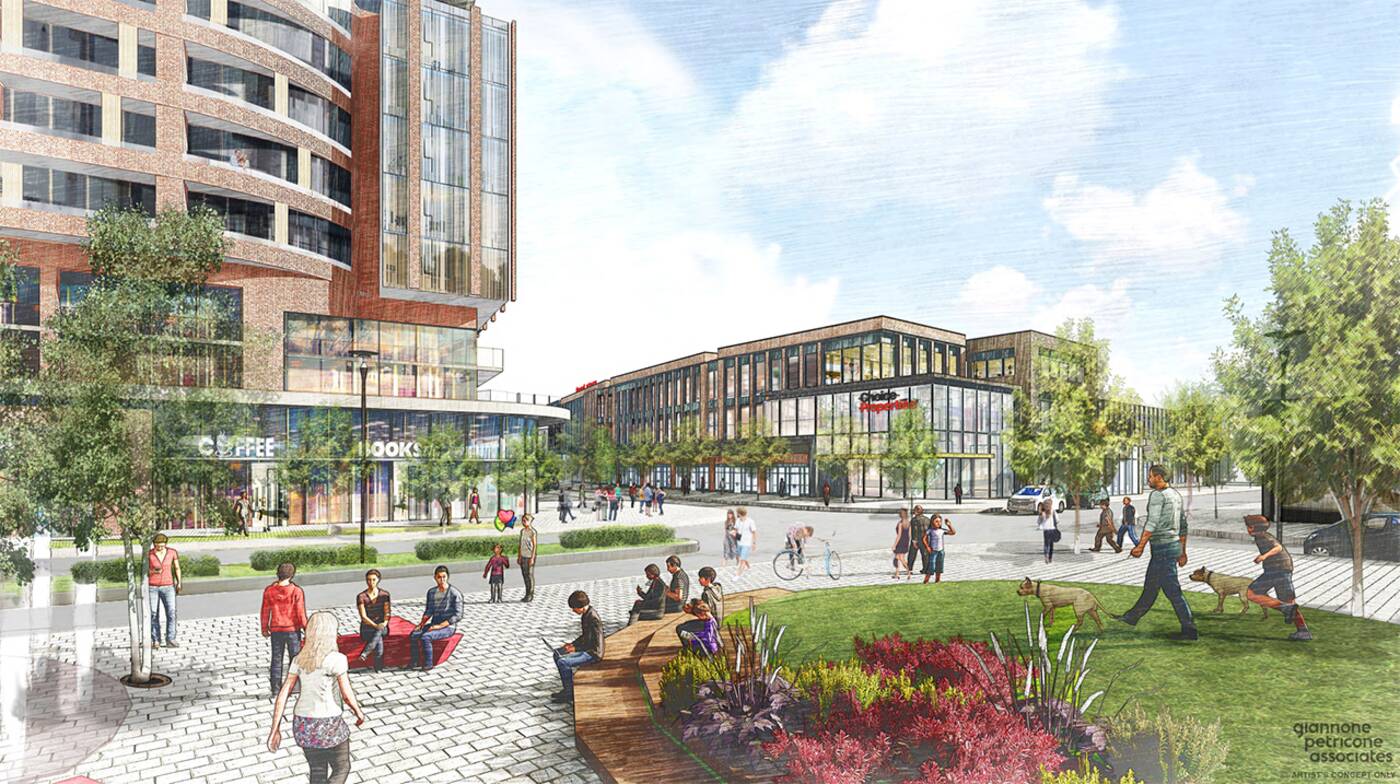 A mix of retail, office spaces, and 3,770 condo units will be added to the site. Photo by Giannone Petricone Associates via City of Toronto applications.

Originally proposed to range between 16 to 39 storeys, they will now be even taller than that. New submissions show the condos ranging from 25 to 48 storeys tall.

In total, the project will add 3,770 new condo units to the area.

The remaining gross floor area of the towers, about 10 per cent, will be a mix of retail and office spaces. The current Loblaws will be replaced. 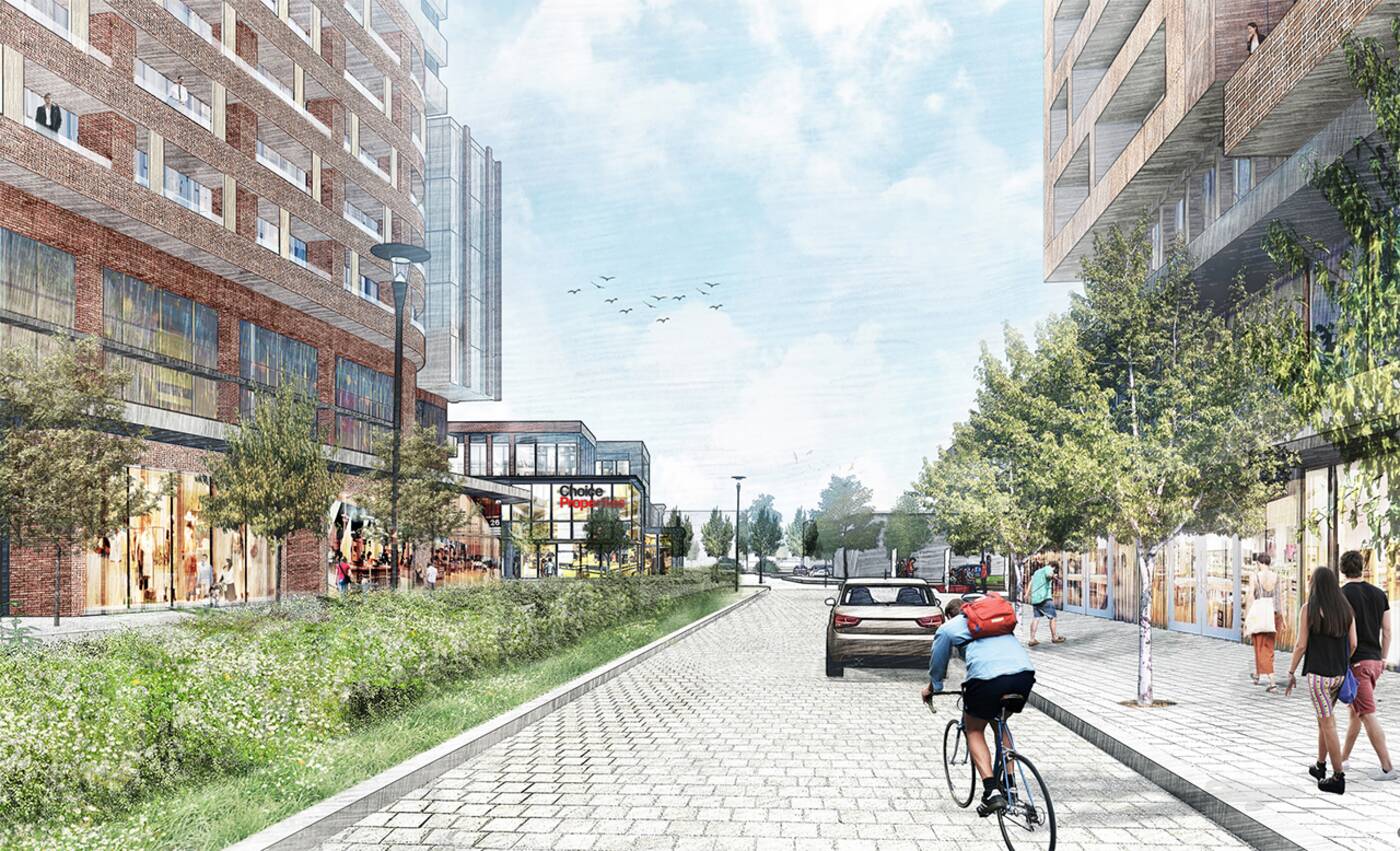 The new neighbourhood grid will sit just north of the Crosstown LRT. Photo by Giannone Petricone Associates via City of Toronto applications.

The massive development, which is being designed by Giannone Petricone Associates, will sit just north of the LRT's new O'Connor and Pharmacy stops, which are expected to open in 2022. 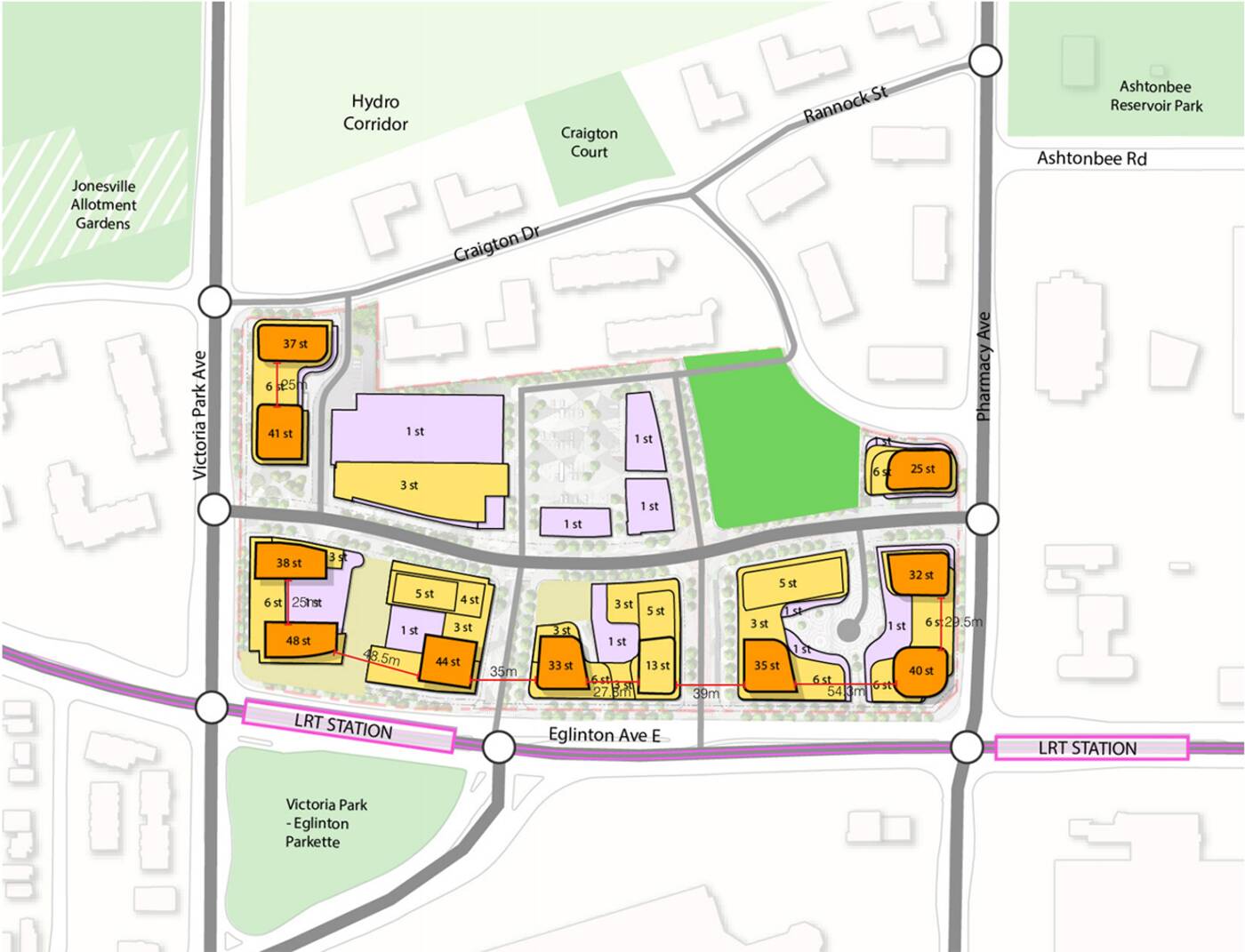 The proposal includes several new streets and a park on the north side of Eglinton Avenue East. Photo by Giannone Petricone Associates via City of Toronto applications.

A new park spanning more than 770,000 square feet will sit at the northeast corner of the development.

This Choice Properties' REIT project is just one of several being proposed under the Golden Mile Secondary Plan Study, which is overseeing major changes to the area as the Crosstown LRT comes closer and closer to completion.