100 years of the Toronto skyline from Riverdale Park

Many would argue that looking southwest across Riverdale Park is the best view of Toronto, but so often when we examine changes to the city's skyline, we focus on the view from the Port Lands and the Island.

There's a reason Broadview Avenue got its name, so let's have a look at this captivating angle of Toronto to see how much has changed over the last century. 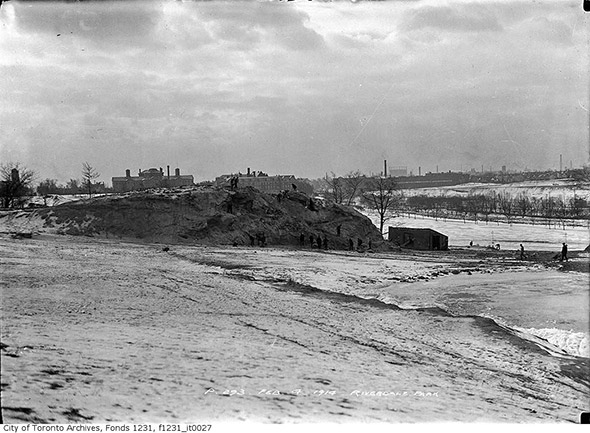 Looking south across the Don Jail where Bridgepoint Health now sits above the Don Valley in 1914. 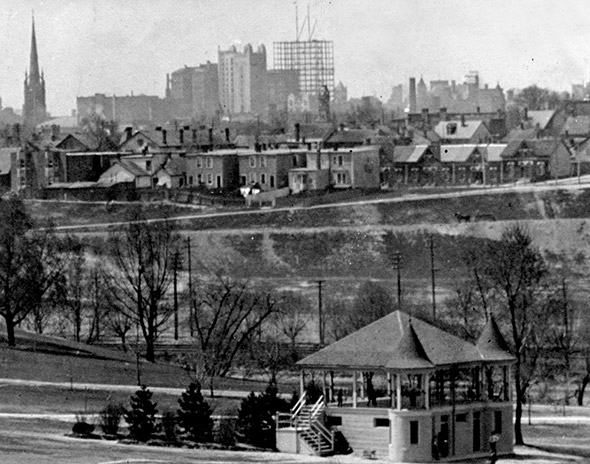 Looking southwest with the early skyline in the background in 1914. You can see the spire from St. James Cathedral, the Canadian Pacific Building, and the frame of the Royal Bank Building going up in the distance. 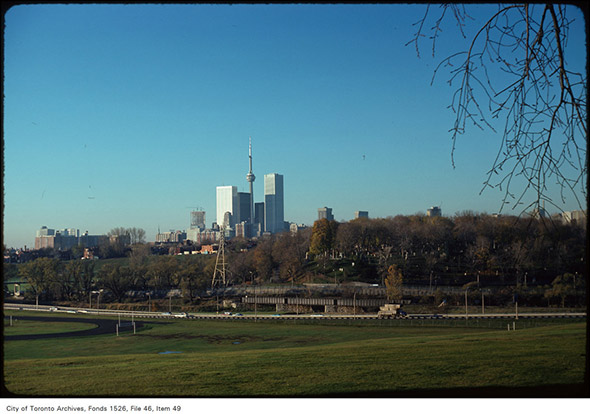 Fast forward to 1975 and Toronto's modern but small skyline. The CN Tower has been recently topped off and now hovers over First Canadian Place, Commerce Court West, and the TD Centre complex. 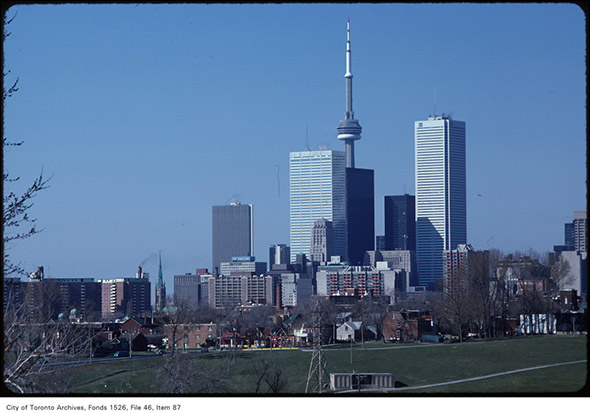 Five years later, Royal Bank Plaza has arrived to the south of Commerce Court West. But what's most fascinating here is the relationship between the St. James spire and the rest of the city. Compare to 1914 above. 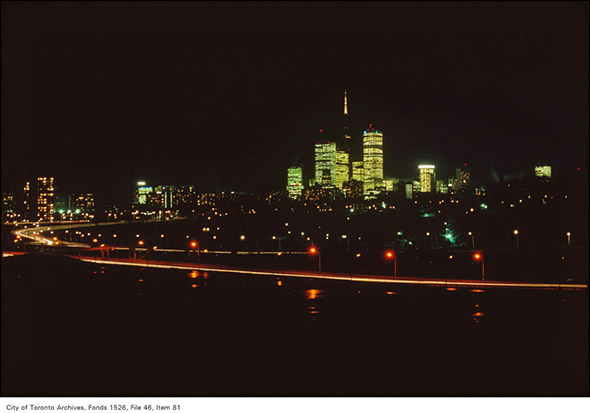 A nighttime view of the skyline in 1980s. 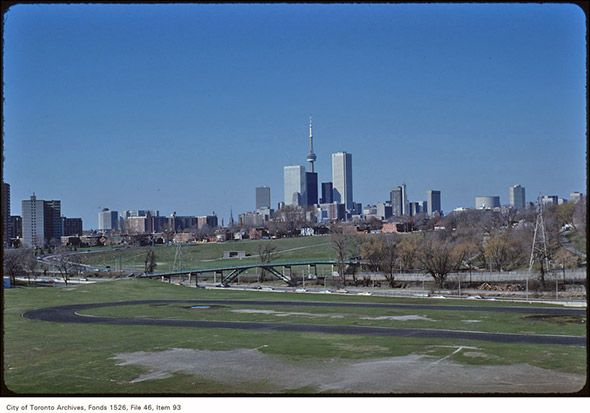 This is from a similar angle during the day. Note the presence of New City Hall to the right of the frame. It looks shorter than it is because of the tree line, but the nearby placement of the Sheraton Centre is a dead giveaway. 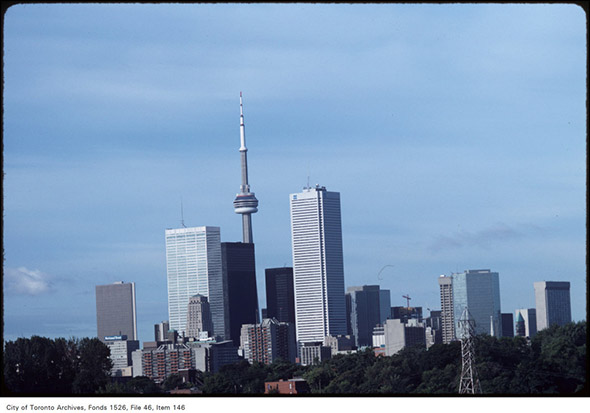 A closer look in 1983. Commerce Court North has been dwarfed by modern buildings, but still holds its own on the skyline. 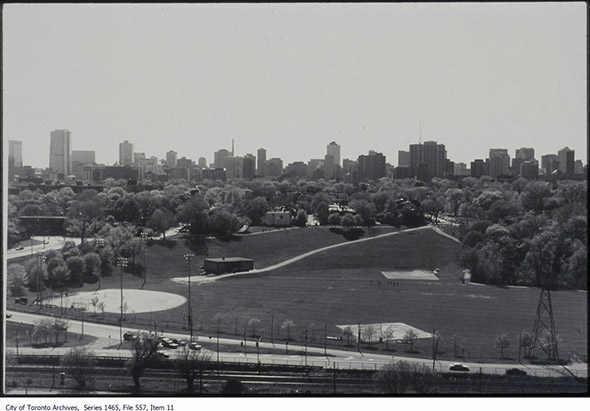 Looking west from Broadview in 2003. The main skyline is to the south, but the city has majorly filled in along streets like Yonge, Church, Jarvis, Sherbourne, and Parliament. 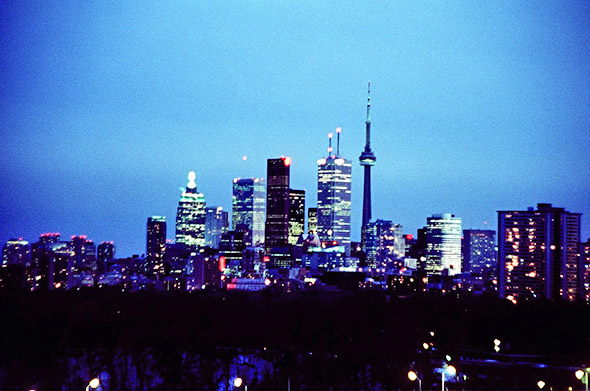 Back to the main skyline in 2008. Lots of growth to note here, from Scotia Plaza to Brookfield Place to the cluster of condos at the bottom left. 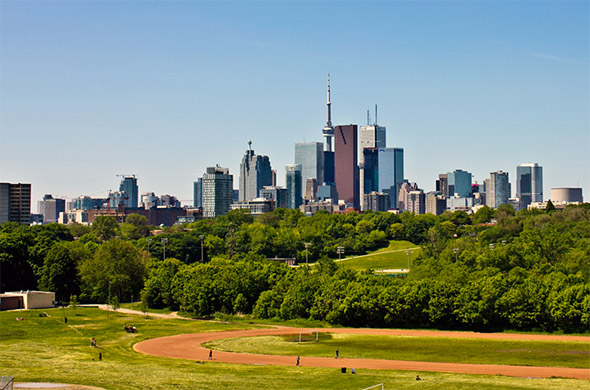 By 2011, the skyline looks similar to present day from this angle, but it's still missing some density and the knife-like top of the L Tower. 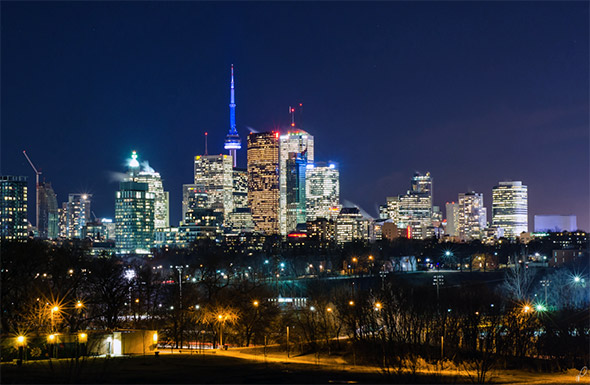 Compare this night shot from 2013 to the one from the 1980s for a sense of just how much downtown Toronto has intensified over the last 35 years. 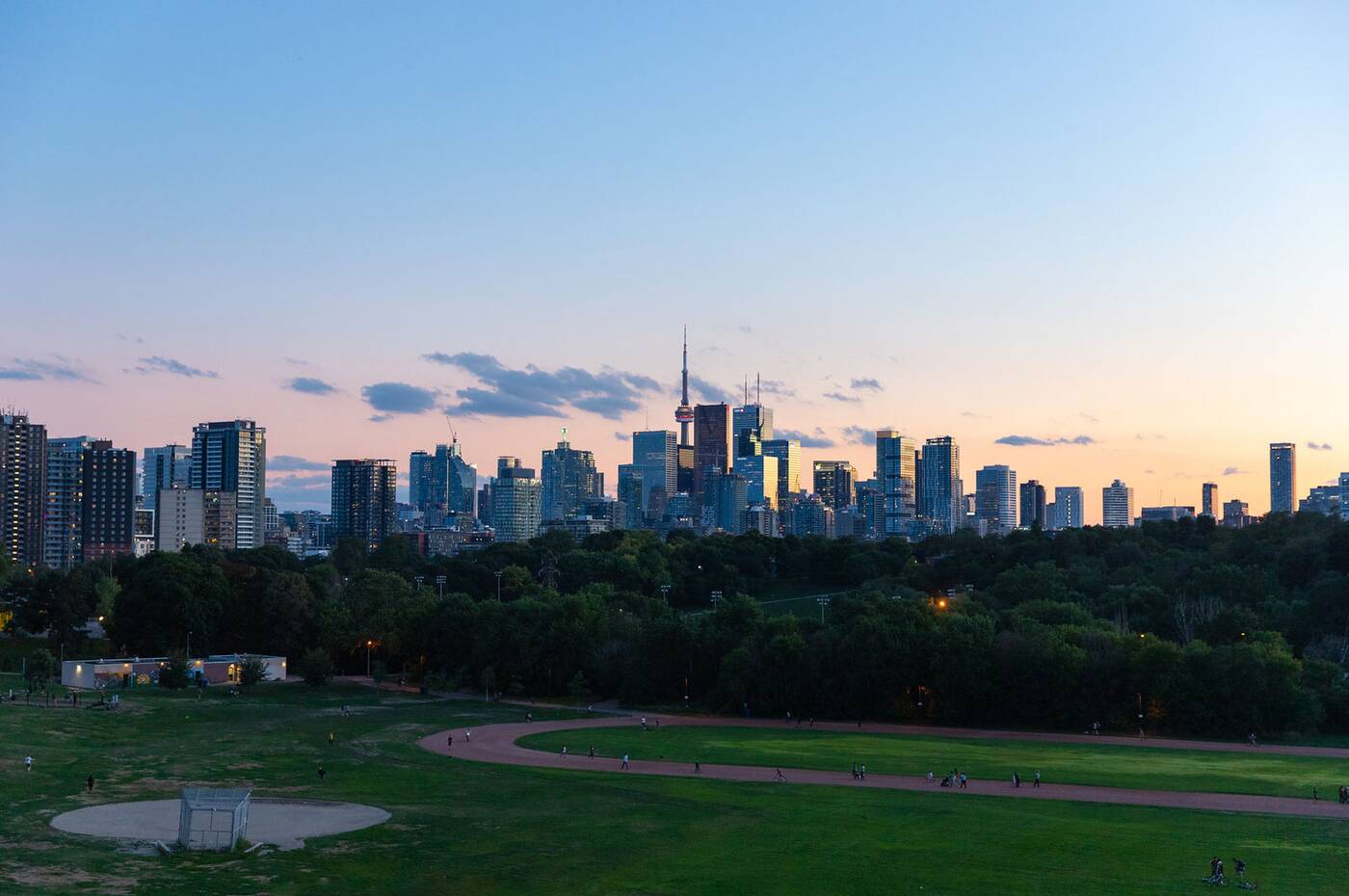 And finally the view from 2020. There's not as many construction cranes in the sky anymore but that's bound to change eventually.