It's been said before — with increasing fervour and frequency in recent years — and I'll say it again right here: Something is seriously messed up with Toronto's housing market.

And it only appears to be getting worse when it comes to affordable housing (or rather a lack thereof,) especially when contrasted against other major markets around the world.

Knight Frank just released the Q2-2021 version of the quarterly Prime Global Cities Index, which tracks the performance of residential prices across "key global cities" (of which there are apparently 46) using data from its global research network.

Long story short, Toronto took spot number one on the list of cities ranked by how much prime house prices have increased on both an annual and a quarterly basis, as measured by percentage points. 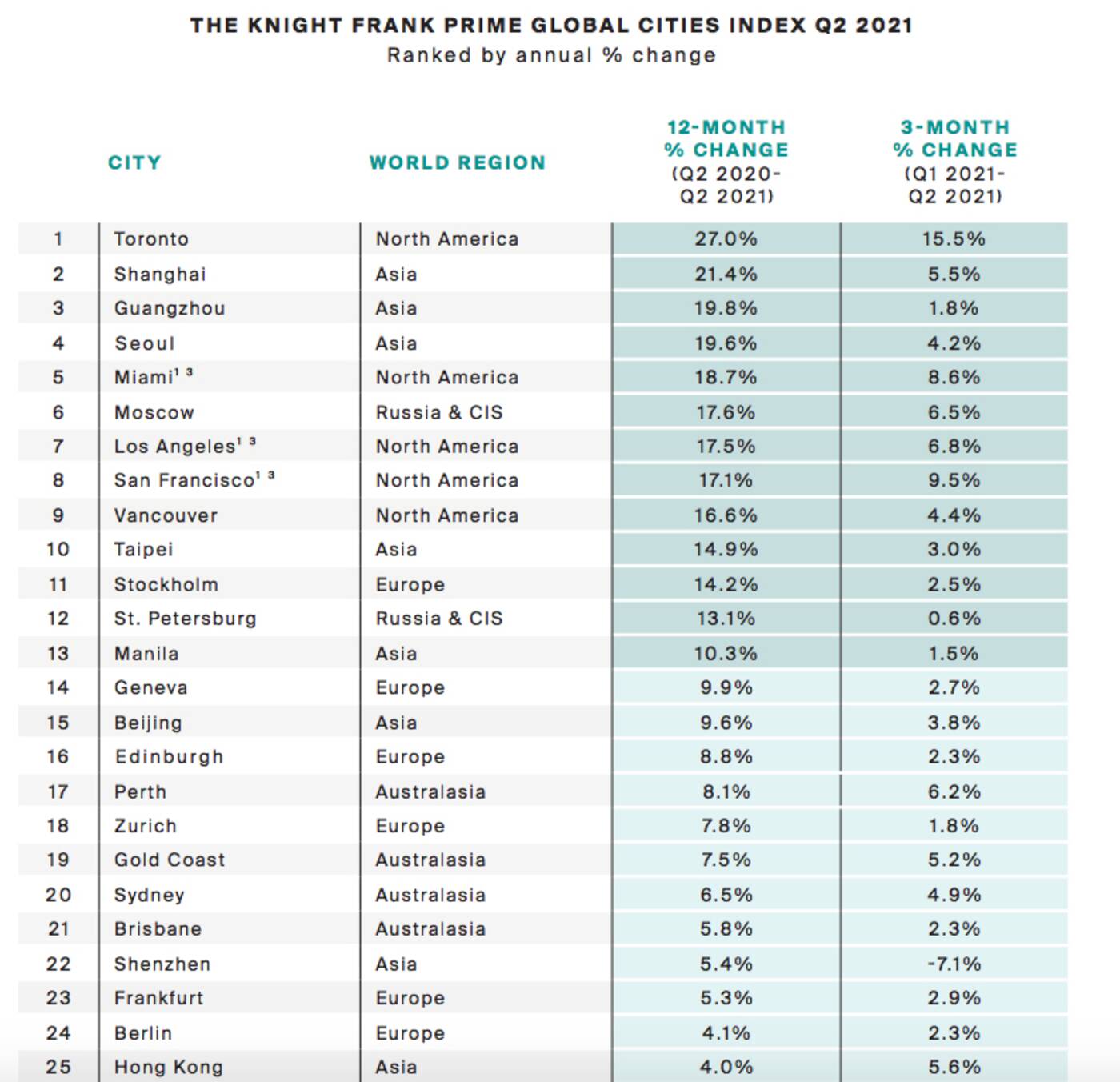 A total of 46 cities are ranked in the latest quarterly Prime Global Cities Index from Knight Frank. Toronto is number one. Image via Knight Frank.

Between the first and second quarters of 2021 alone, prime house prices shot up a whopping 15.5 per cent in Toronto, far and away above the next cities on the list (Shanghai, Guangzhou, Seoul and Miami.)

It's important to note that, while all types of home prices are rising at record levels in Toronto as the city recovers from COVID, the Knight Frank index only measures "prime" properties, which they define as "the most desirable, and normally most expensive, property in a defined location."

In Toronto, detached single-family homes fit this definition and are indeed the most expensive type of place you can buy, if you can buy anything at all. 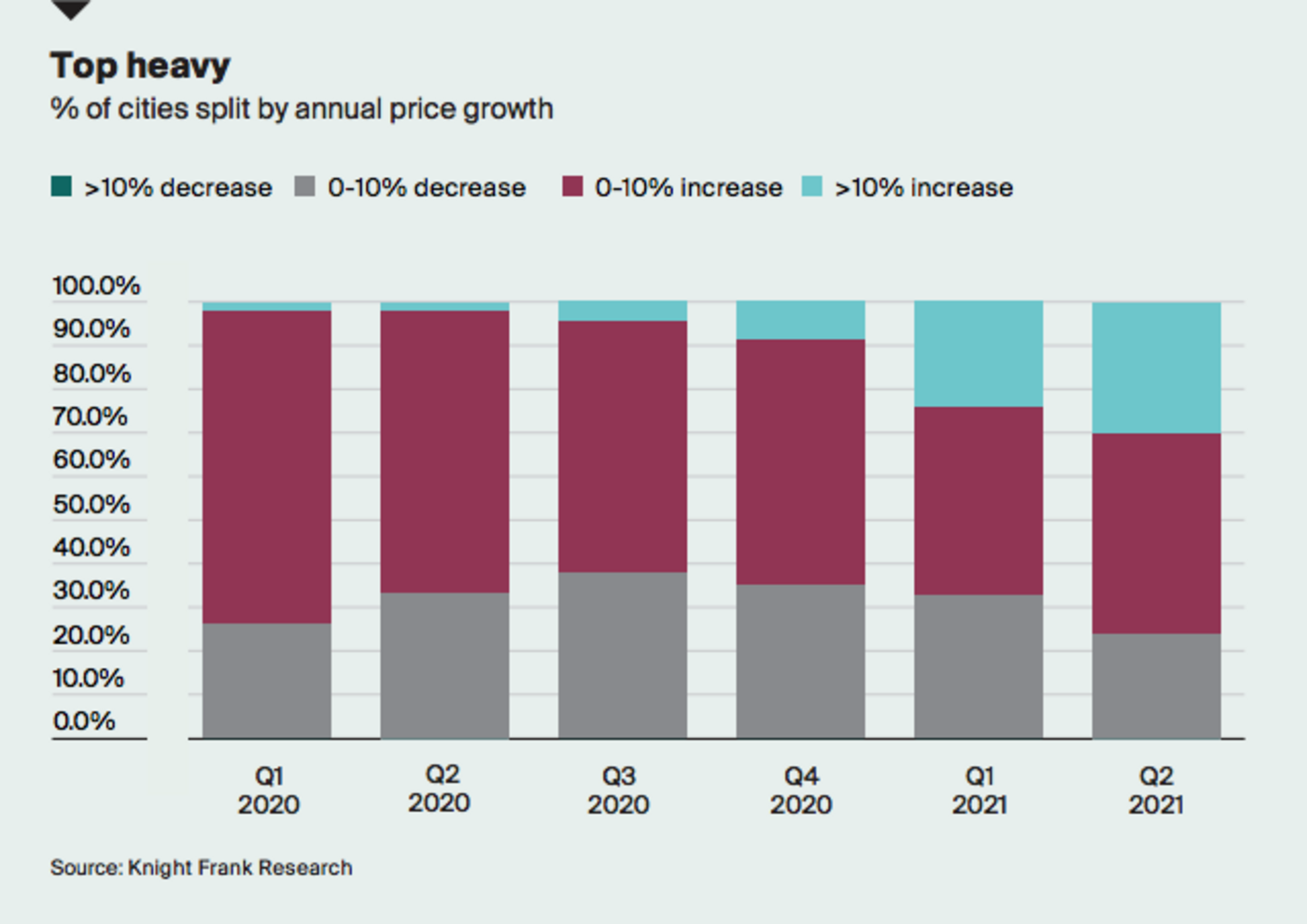 Prices are jumping by larger and larger amounts as the pandemic recedes, with 13 cities posting double-digit prime home price growth rates over the past year. Image via KnightFrank.

"Until now, the pandemic-fuelled house prime boom was most evident in the mainstream market but the prime sector has now surged ahead," reads the report.

"Interestingly, the proportion of cities registering prime price growth has increased only marginally to 76 per cent. Instead, it's the scale of growth amongst the top-performing cities that is behind the index's acceleration."

Toronto is certainly showing price growth across both the mainstream and prime sectors, and this trend is expected to continue well into latter 2021.

As for why, Knight Frank points to a combination of low interest rates combined with easing travel rules, a surge in "safe haven purchases" and "an overall reassessment of lifestyles and commuting patterns."

Here, courtesy of the firm, are the top ten global cities that have seen home prices skyrocket over the past year: