As a highly-anticipated new development along downtown Toronto's waterfront grows close to completion after more than six years of planning and construction, we're finally starting to see its full form and features emerge in real life.

"The Waterfront Innovation Centre is almost complete!" announced Waterfront Toronto on Twitter Tuesday afternoon. "This new purpose-built innovation workplace is designed to foster collaboration and is on track to achieve LEED Platinum certification."

Located next to Sugar Beach and the Corus Building, the new high tech commercial building by Menkes will bring about 485,000 square feet of what developers are calling "purpose-built innovation workplace" space to Toronto's fast-rising East Bayfront neighbourhood.

More than 2,000 people are expected to work within the building when all is said and done, and with tenants like MaRS, U of T and WPP, you can bet they'll be transferring quite a bit of data. 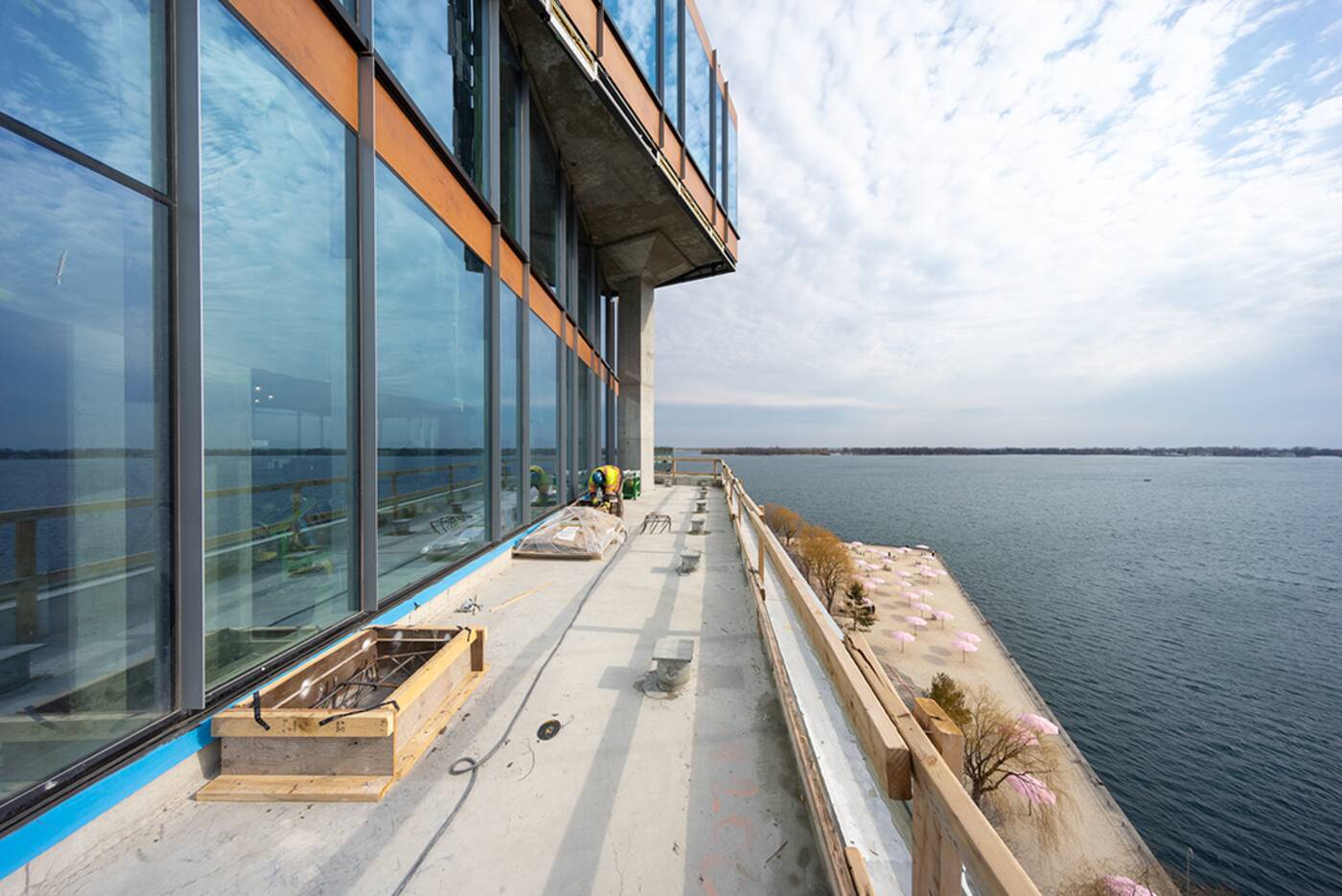 The high-tech Waterfront Innovation Centre is shaping up to be more than a construction site as the building is finalized and incredible views emerge. Image via Waterfront Toronto.

"When planning East Bayfront — a new mixed-use neighbourhood on the waterfront — we set out to create a community that sparks innovation, fuels economic growth and achieves some of the most aggressive environmental sustainability targets," reads a blog post from Waterfront Toronto about the soon-to-open development.

"These ideals are embodied within the Waterfront Innovation Centre: the majority of tenants (a minimum of 60 per cent) will be businesses in the creative and technology sectors, and the developers are on track to achieve LEED Platinum certification, which is among the highest standards in environmental sustainability."

Cool, cool, it sounds great for the environment, but some newly-revealed features might prove more exciting for people living in, working in or visiting the area.

Chief among those features, according to Waterfront Toronto, will be "the fastest internet in town."

After more than a year of dropped Zoom calls, failed uploads and that horrible little buffering circle, people working from home inside condos will most-surely understand the value of fast, reliable WiFi. 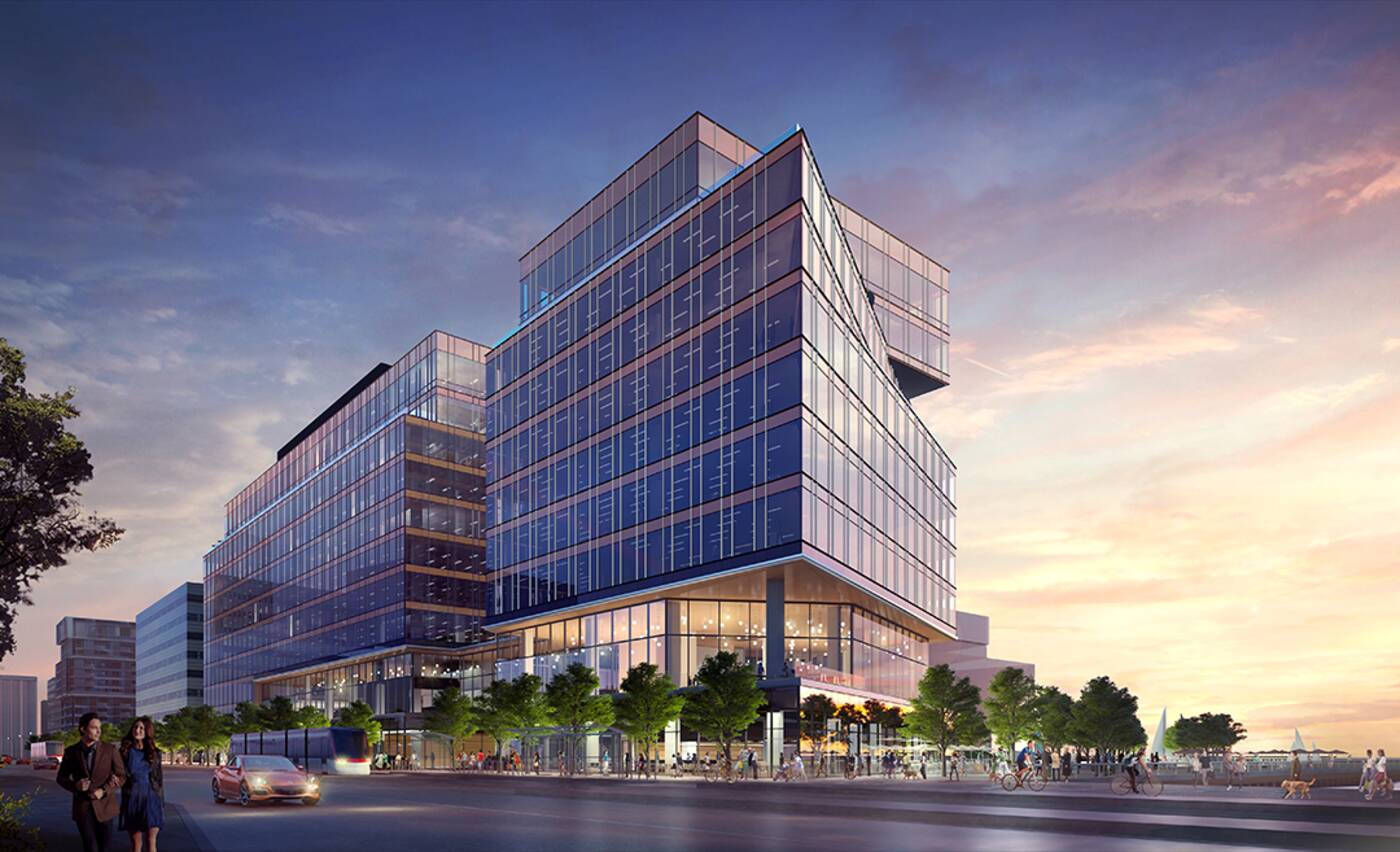 Rendering of the completed Waterfront Innnovation Centre via Menkes Developments.

"Data transfer at the Waterfront Innovation Centre will be the fastest in Canada with an ultra-high-speed broadband fibre-optic network provided in partnership with Beanfield Metroconnect," explains Waterfront Toronto.

"This economical high-speed internet service will support businesses that require this kind of robust infrastructure such as those working in technology, creative, gaming, digital visualization, and media, film and TV production."

Also cool will be three "shared spaces" designed by Sweeny&Co meant to "foster collaboration" within the complex, and a whole host of public realm improvements surrounding the complex at Queens Quay East and Dockside Drive.

The Waterfront Innovation Centre is currently scheduled to open "early next year," but I wouldn't hold my breath if you're looking for a place from which to work remotely by the beach. Few things ever open on time in this city.