Toronto's eastern waterfront is fast becoming a new type of hub for the city's fast-growing high tech sector, and MaRS Discovery District — the largest science and technology incubator in Canada — wants a piece of the action.

The non-profit innovation and research centre announced plans this morning (in partnership with the University of Toronto) for a new, 24,000-square-foot office inside a forthcoming Menkes development next to Sugar Beach.

Called the Waterfront Innovation Centre, the development is expected to open in 2021 and accommodate more than 3,000 employees.

It'll be "just a stone's throw from the proposed Sidewalk Toronto neighbourhood," as U of T puts it, creating plenty of much-needed office space for the city's booming tech industry in one centralized location. 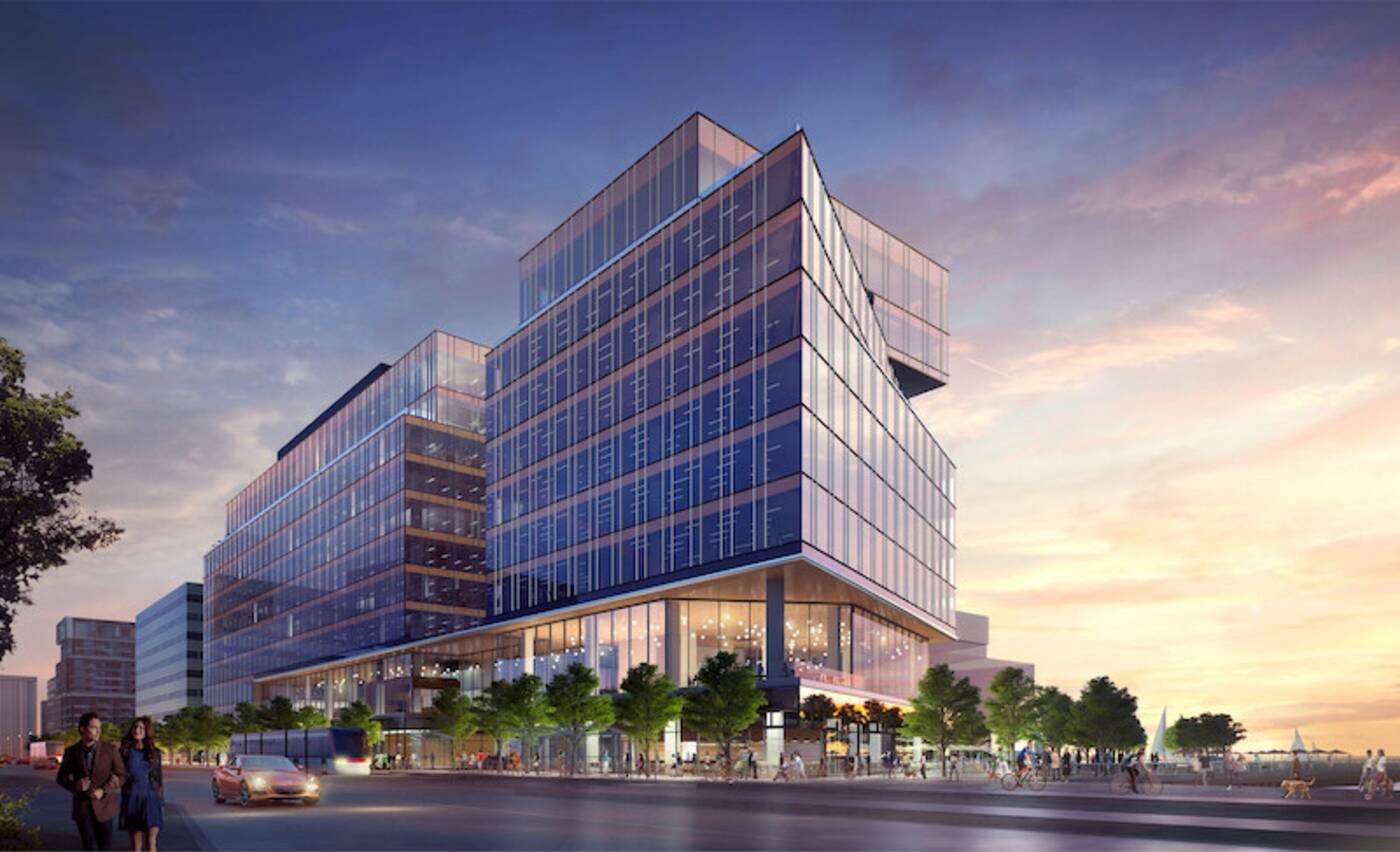 Tenants of the new Waterfront Innovation Centre will have immediate access to Alphabet Inc.'s 'neighbourhood of the future.'  Rendering via Menkes Developments / CNW Newswire.

"As Toronto becomes a destination for global talent, venture capital and tech corporations, demand for space is at an all-time high," said MaRS CEO Yung Wu in an announcement on Tuesday.

The non-profit's 780,000-square-foot West tower at College Street and University Avenue is currently 99.8 per cent full, meaning that viable startups are being turned away every week due to lack of space.

"Toronto is experiencing its lowest commercial vacancy rate ever (three per cent), making the city the most sought after market in North America," Wu said. "Our startups and partners need more space to scale, and this new development is the ideal location for that growth." 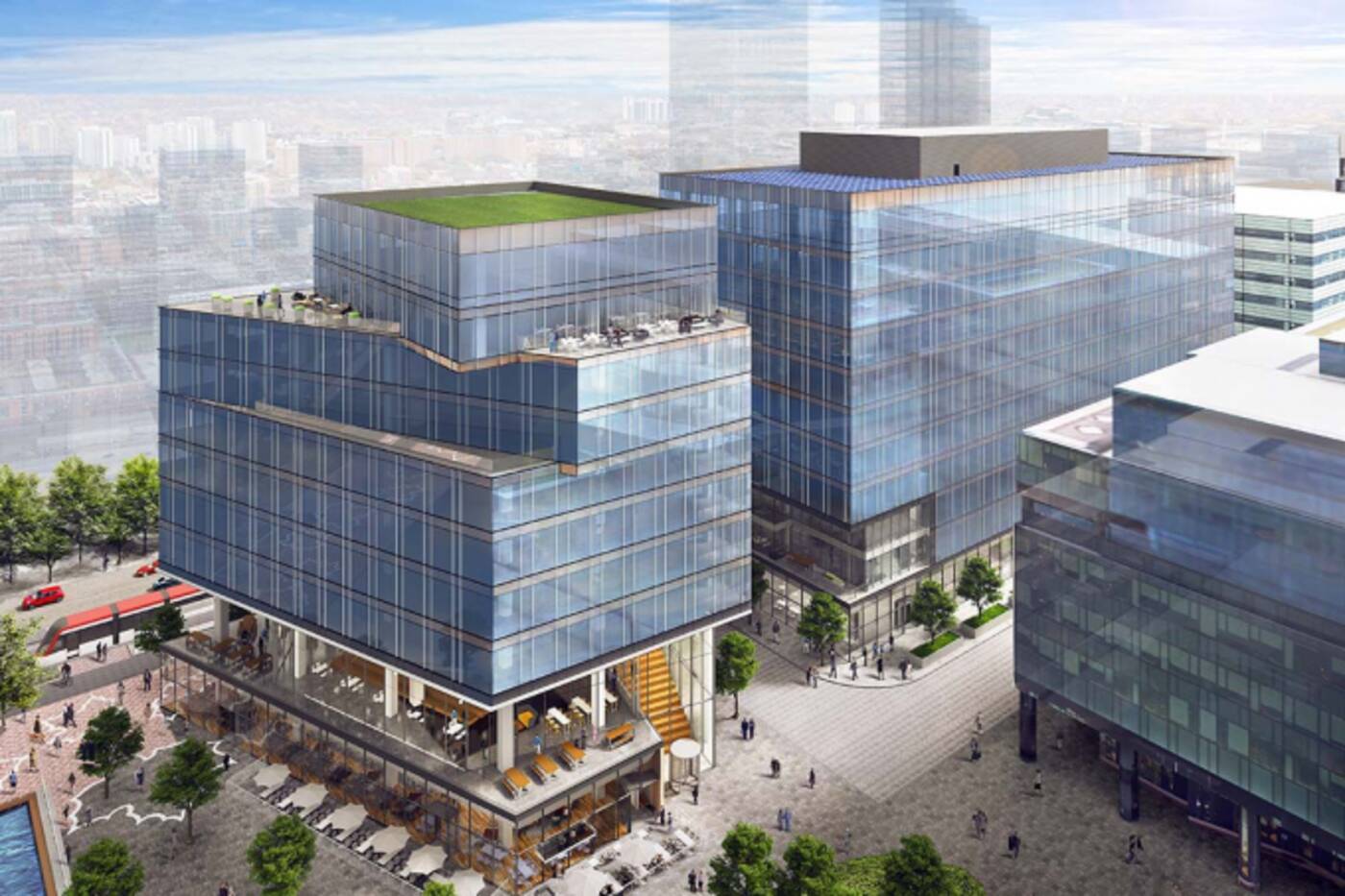 A supply crunch on downtown Toronto office space has tech giants turning to the eastern waterfront with plans for a community of their own. Rendering via Menkes/UofT.

MaRS and U of T will only take up a fraction of the two-tower Waterfront Innovation Centre's total 400,000 square feet, but its important to both organizations that they have a presence at the complex.

"U of T sees itself as a primary anchor of Toronto's innovation ecosystem," said U of T's Scott Mabury. "If that ecosystem is going to expand to a different part of the city, then we want to have U of T's flag planted there."

If all goes well with the lease agreement, MaRS and U of T will be located together in a tower called "the HIVE."

Startup workers and university researchers will have access to scalable, collaborative working space with floor-to-ceiling windows, among other resources, and a high-speed broadband network fuelled, in part, by self-generating solar power.

A Toronto company is suing Rudy Giuliani for $1.3 billion

Scott Pilgrim vs. The World video game is stacked with hilarious Toronto references