While most residents in Toronto have renounced their dreams of ever owning a home in the region due to its infamously overvalued real estate market, there are still the fortunate few among us who can afford not just one, but multiple properties in the GTA.

And, a new report from Royal LePage shows that, quite shockingly, a larger proportion of these owners are 35 and under than over the age of 35, somehow.

The real estate giant surveyed Canadians in and around the urban centres of Toronto, Montreal and Vancouver to learn more about secondary properties, the people who own them and how they use them.

Among the findings are the fact that most people who have more than one residence in Canada rent out the homes they're not living in at least some of the time — 64 per cent of secondary property owners in the GTA specifically — while only a small portion (seven per cent in Toronto) leave them vacant as simply an investment to sit on.

The most surprising tidbit in all of the data is perhaps the fact that while only 11 per cent of homeowners over 35 surveyed said they owned more than one property, 18 per cent of those 35 and under did. 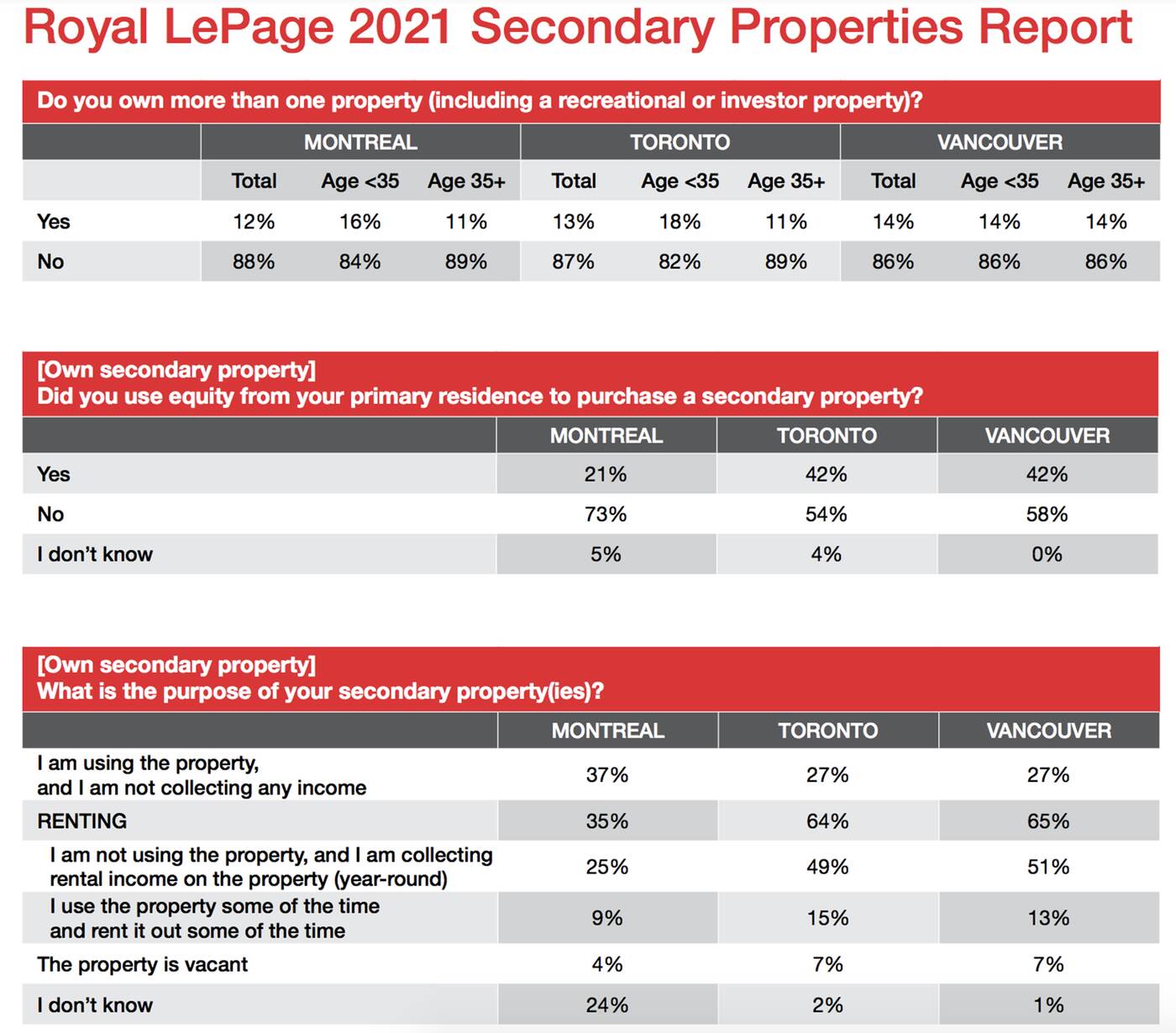 The responses to the recent Royal LePage survey show that more secondary property owners in the GTA are 35 and under than over 35.

"Witnessing home values across the country rising to new heights, younger Canadians who are financially able to purchase one home are confident in purchasing a secondary property as an investment," the report reads.

"Young buyers are looking to capitalize on the real estate market by investing in a property that will appreciate over time."

Also revelatory is the fact that a fair chunk of boomers —29 per cent in the GTA — have or would loan or straight up give their children money to help them buy a home in the region.

And, as we all well know, boomers are obsessed with the idea of getting a foot in the door of the real estate world: 93 per cent of Toronto boomers surveyed said they consider home ownership to be "a good financial investment."

A sales representative for Royal LePage noted that in recent years, many young people have been able to nab condos and small homes for quite cheap in suburbs a bit farther out of the city proper, such as London and Guelph, which have great potential as rentals for students.

"Parents of students in Ontario's university towns are also taking advantage of the local rental market, purchasing a property — often times with multiple units — for their children to stay in while studying and also as a source of rental income from other students," she added.

So though more millennials and Gen Zers in the Toronto area may technically have their name on the deeds of more than one property than their older counterparts, little real estate tycoons that they are, the money funding said properties is oftentimes coming from some wealthy boomer benefactors, whether here or overseas.