The housing market in Toronto keeps on accelerating to defy all odds, with small one bedroom condos selling for in the $700,000s after bidding wars, the average home price verging on $1 million in the city and over that mark in the GTA, and the vast majority of properties going for way over asking as of late.

Prices and sales volumes have been hitting record highs and blasting past last year's numbers, leading some experts to believe we've been heading towards a housing bubble that eventually has to burst — the only city in North America deemed to be in such a position. 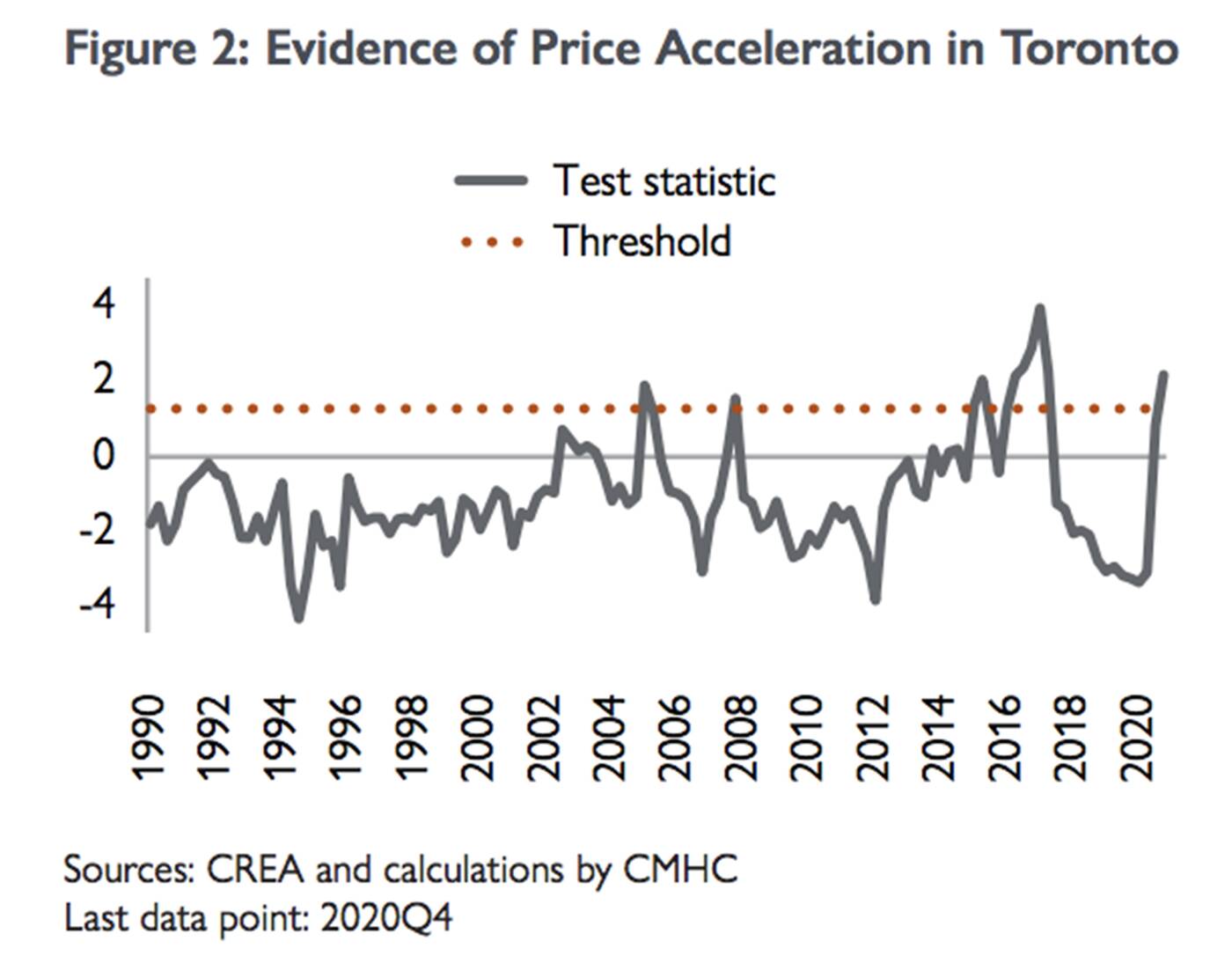 As such, the Canada Mortgage and Housing Corporation (CMHC) has just this week reclassified the country's largest city's real estate market as "high risk" and vulnerable to a fall.

Toronto is one of five metropolitan areas nationwide that the authority considers to be overheating, overvalued and/or imbalanced, among other concerns, along with Ottawa, Hamilton, Halifax and Moncton, as listed in its latest Housing Market Assessment — a report that indicates overheated across the country at large. 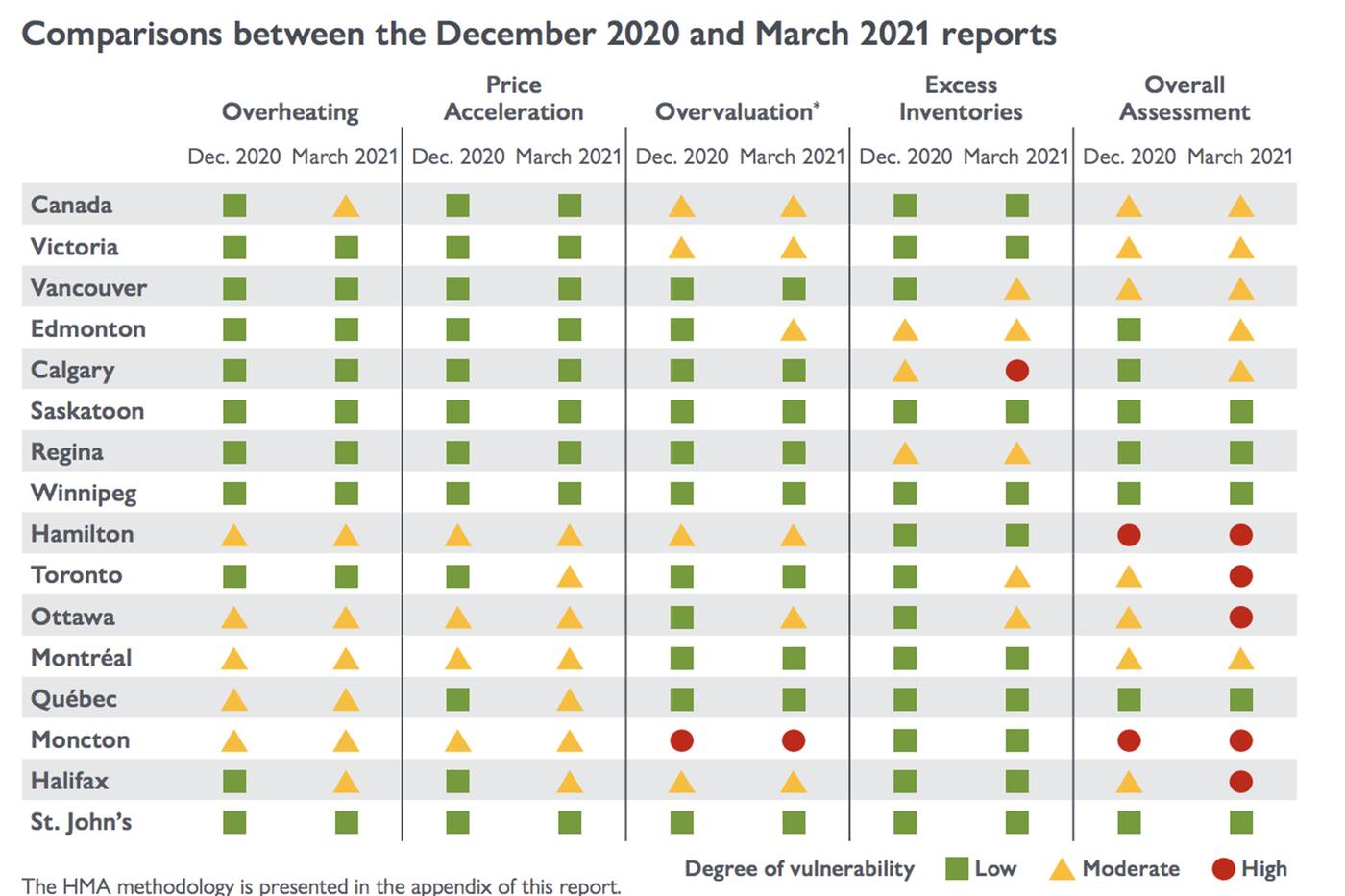 How Toronto's market compares to other Canadian cities in Dec. 2020 vs. now. Chart from CMHC's new Housing Market Assessment.

The assessment moved Toronto up on the risk scale due to "evidence of price acceleration and excess inventories," the latter being a first thanks to a continued influx of condo units onto the market as Airbnbs are converted into longer-term rentals due to new regulations and travel restrictions, and people leave the city as work-from-home continues.

Prices have indeed been steadily rising for single-family homes despite the pandemic, and expected to continue doing so. After a brief lull, the condo sector is also picking back up again, and fast. 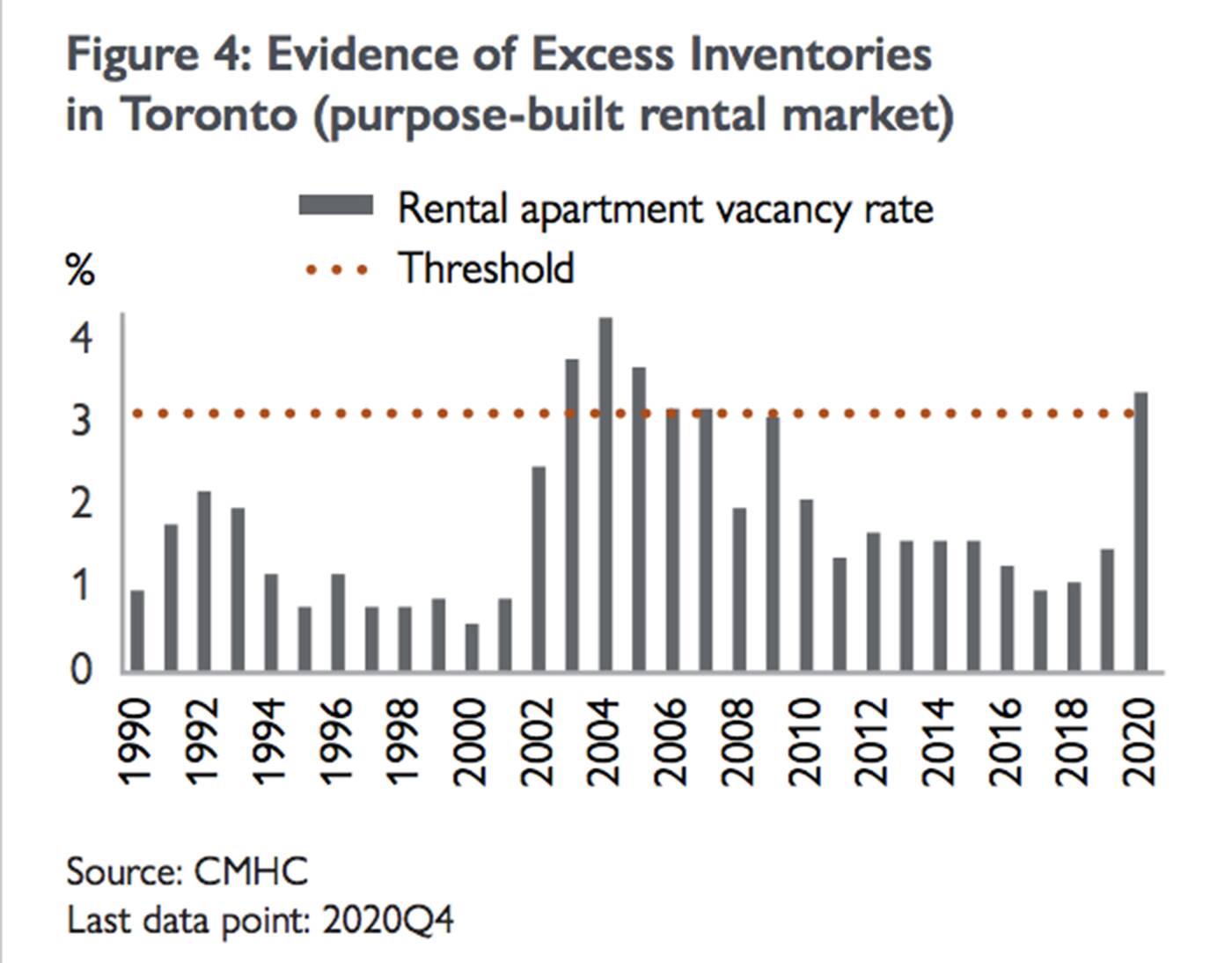 As the CMHC states, "excess inventories are a risk even in unaffordable markets." Chart from its latest Housing Market Assessment.

With the city becoming increasingly unaffordable and people moving farther outside of the city or the GTA than anticipated due to the health crisis and the new normal, we'll have to wait and see if the slow return tourism and immigration helps keep Toronto housing in-demand, or if we are indeed in for a reality check and a major price correction.