With no more downtown offices to go to amid the work-from-home era, no events going on, no bars, restauraunts, attractions or other businesses open to go to, it's understandable why so many people are leaving Toronto to nab more space for less money elsewhere in Ontario.

Sky-high vacancy rates and falling rent prices are indicative of the impacts of new Airbnb rules and ongoing travel restrictions, but also the fact that more and more downtown residents are either thinking about or indeed moving to nearby towns.

According to a new survey conducted by real estate agency Zoocasa, approximately a third of people who bought homes during the pandemic ended up buying out of the city, and farther away than they were expecting to go, with the undesirability of city living during COVID-19 being one consideration and pricing another.

While rent prices are down in the city proper, home prices have continued to rise to untenable highs over the course of the health crisis, hitting an average of $996,000 last month for Toronto and more than a million in the GTA overall for the first time ever.

This, along with the other aforementioned factors, has driven buyers out of the region as they continue to prioritize affordability and space. 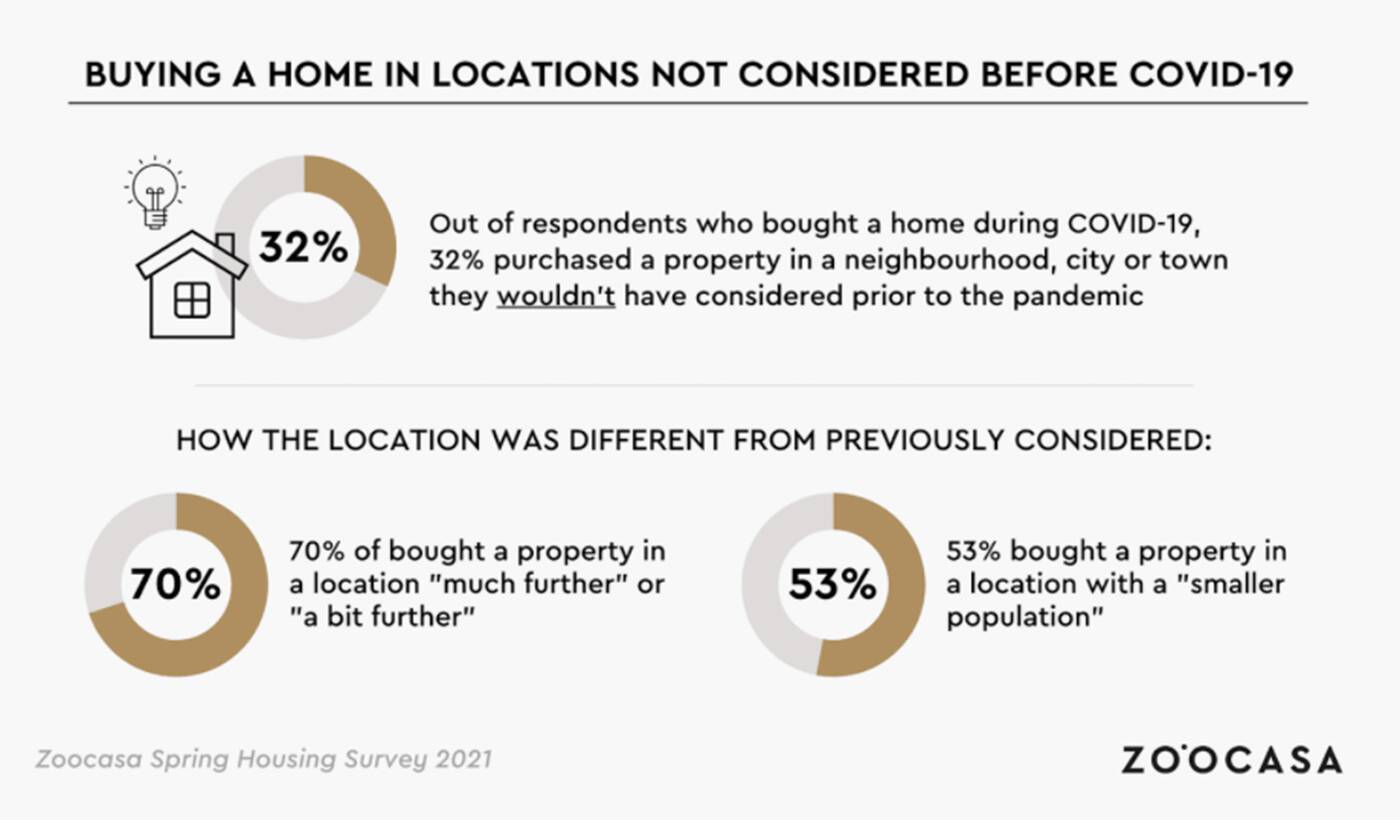 "With more Ontarians having the flexibility to work remotely since the pandemic began, data in the second half of 2020 showed that buyers were increasingly seeking out properties with higher square footage and green space, often further [sic] away from dense city centres," Zoocasa wrote Thursday in its Spring Housing Survey results.

Of the 32 per cent of respondents who said they purchased a residence in an area they never would have considered pre-COVID, most (70 per cent) said the area was farther from their previous home than they had previously planned.

Also, 53 per cent said they ended up moving to a locale with a way smaller population than they would have ever considered in normal times.

The key deciders for purchasers were price, followed by the size of the home and the availability of green space — all interesting given that Toronto properties are notoriously expensive, small for their price, and often come with little-to-no outdoor space.

Things that also came into play: access to takeout and delivery from local restaurants, as well as grocery delivery. 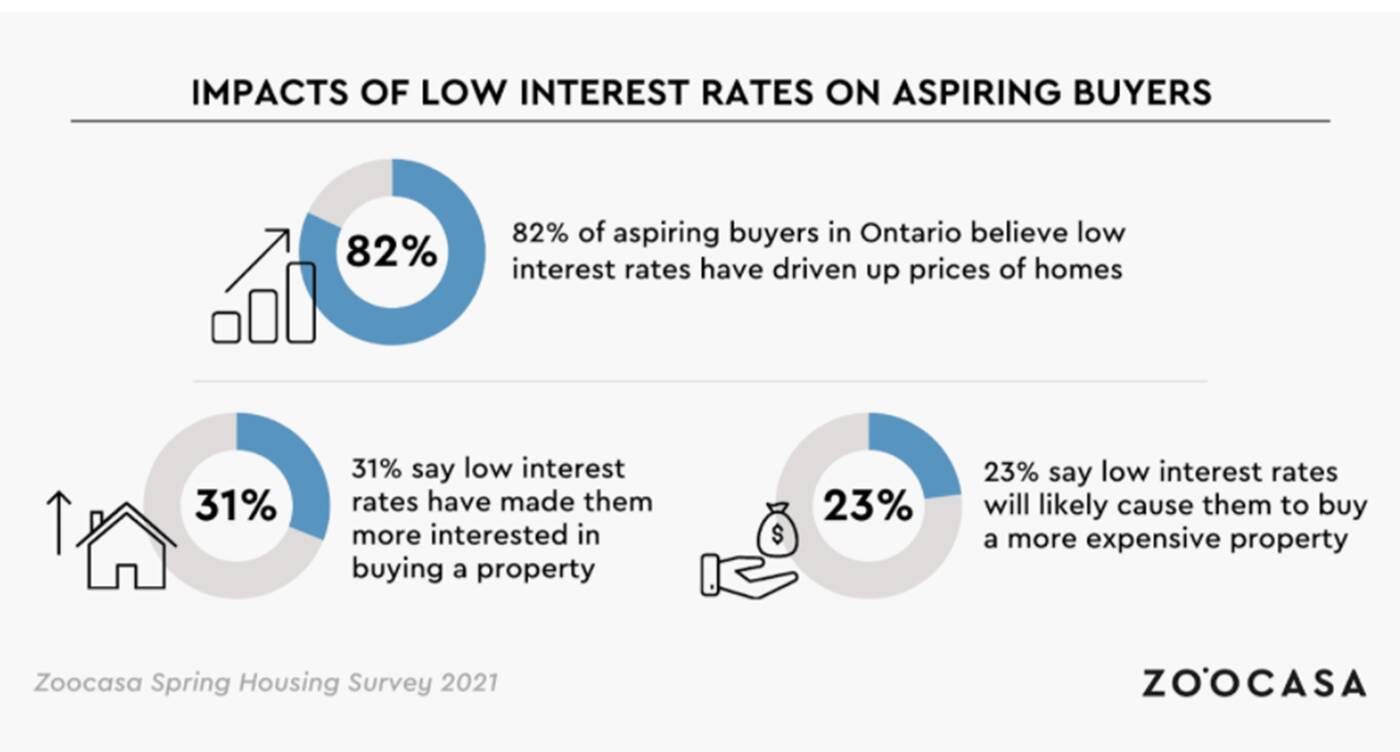 Also in the survey were some numbers showing how COVID has impacted both renters and owners in Ontario, with the vast majority of participants (77 per cent) saying they believe home prices around them have grown way more expensive since the onset of the pandemic, and that real estate prices in smaller towns in the province are also now rising fast.

This is, in part, thanks to record low interest rates that make entering the home market easier with less money, with 82 per cent of prospective homeowners saying they feel current rates have played a role in increasing home prices.

Half of people who were going to buy a home last year have now had to put off their plans for some time, between one and five years, ostensibly due to things like said higher prices, unsurety of the future in any given city, and reduced income. 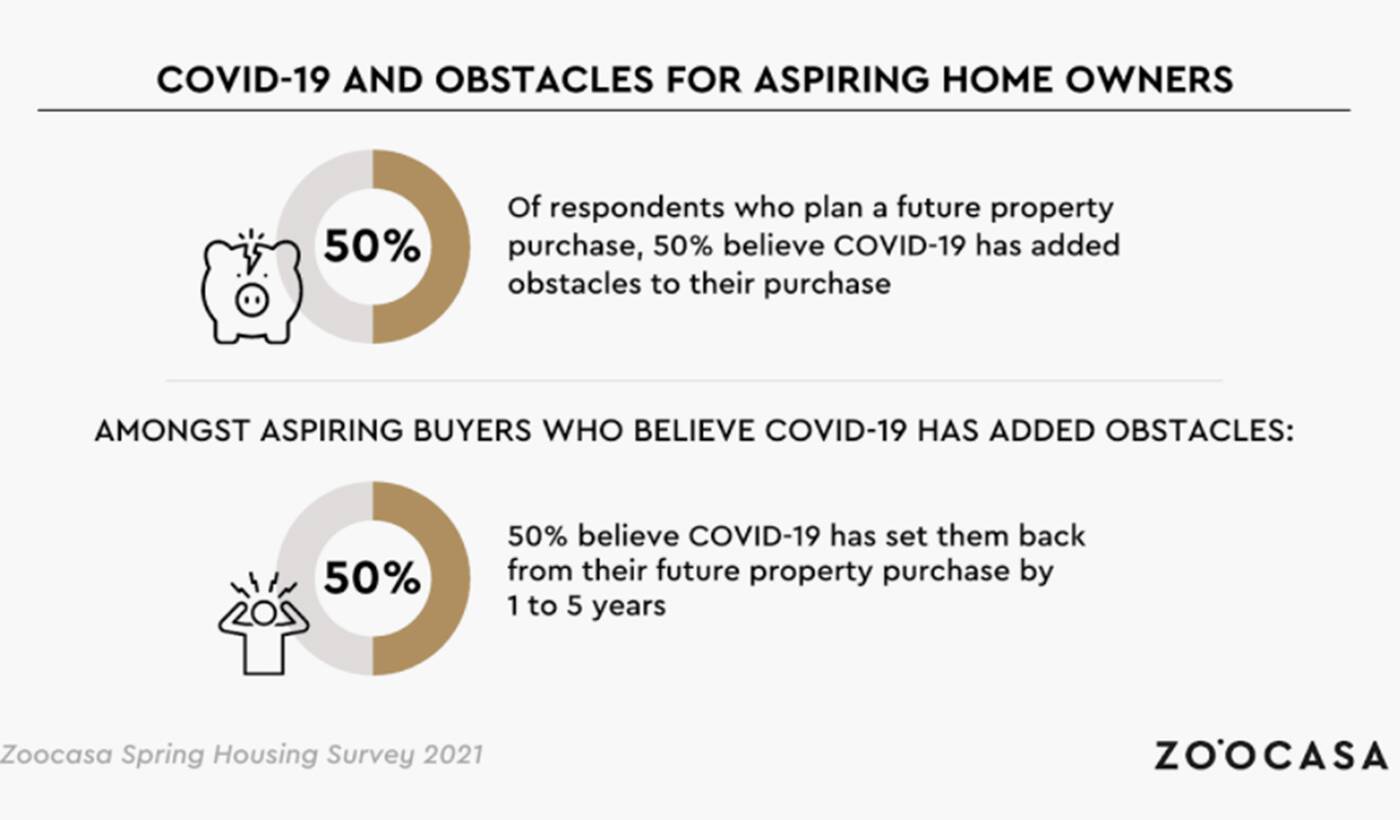 Generally, though, the GTA real estate market has not at all been assuaged by COVID-19. To the delight of realtors and sellers, the health crisis seems to have weighed heavily on the decisions and habits of those looking to purchase a home during this hectic and unprecedented time.