Home sales data and expert forecasts continue to reiterate how hectic the real estate market in Toronto is, and it's become quite unignorable for anyone who was ever hoping to own property in the GTA — or even Ontario at large — that it's going to keep getting less and less affordable to do so.

The latest report to sober anyone hoping to live in the province long-term comes from the Canadian Real Estate Association (CREA), which forecasts that the average price of a home in the province will climb to a staggering $855,218 this year, an unheard of 21.2 per cent higher than in 2020.

This is compared to a predicted average price of $655,329 in Canada overall. 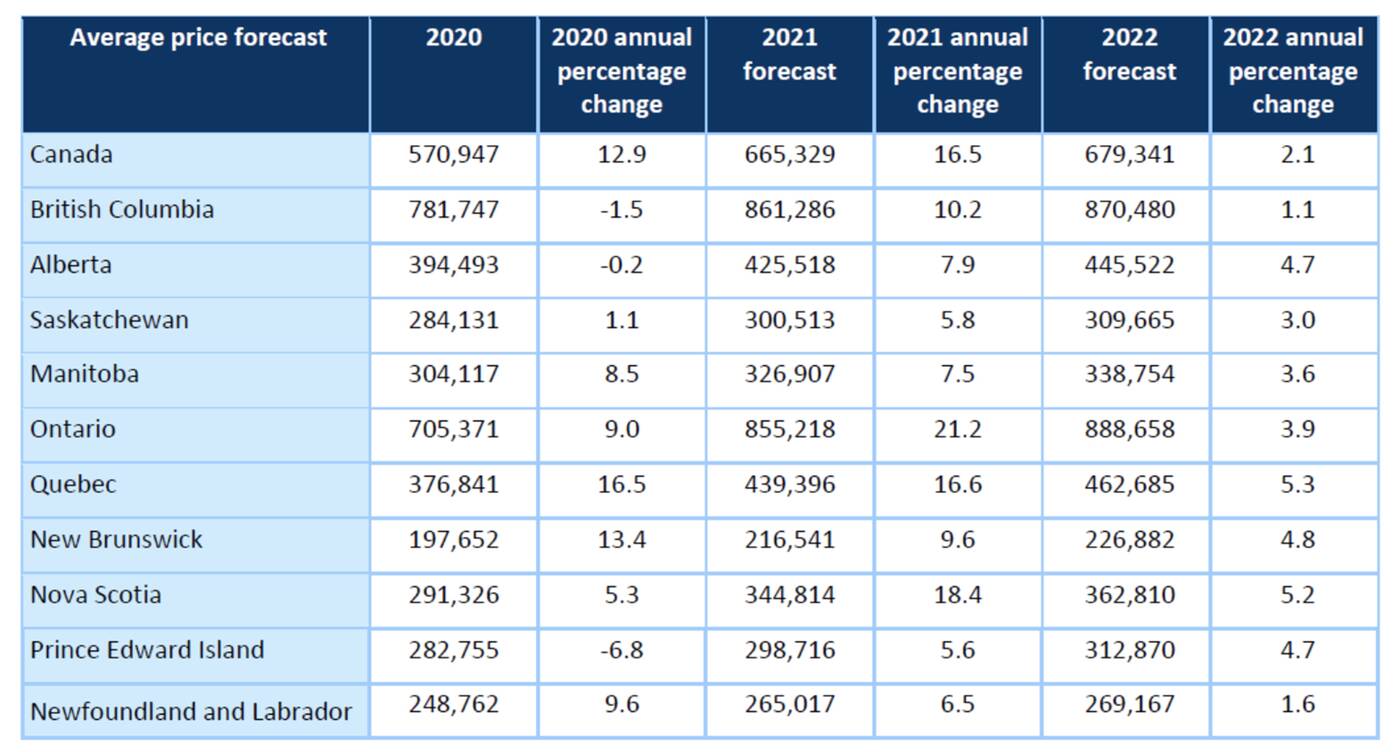 The volume of sales will likewise break records, with the authority anticipating 283,040 homes will sell in Ontario over the course of 2021 — 24.3 per cent more than last year.

But, CREA experts say the hubbub will then cool, with the number of transactions falling 15.5 per cent to 239,030 in 2022, hence the only marginal spike in average prices (but still, of course, they refuse to fall with demand). Still, as the association notes, 2022 numbers will still "remain above all other years on record."

"Over the past several years, record levels of international immigration (not including 2020), low interest rates, and an increasingly middle-aged Millennial cohort have all fueled strong household formation and housing demand in Canada," it continues. 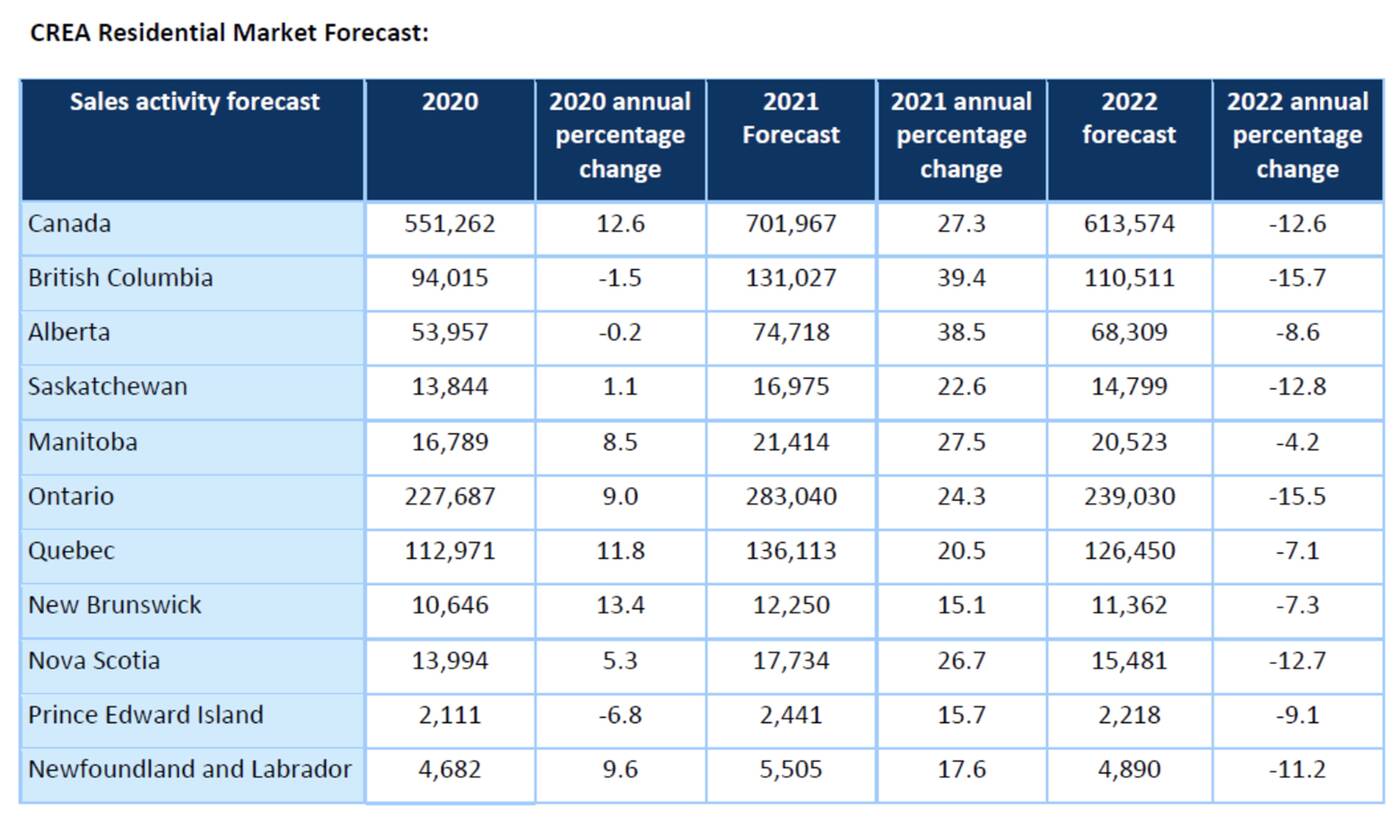 The pandemic, which has been completely devastating for other industries, has actually been extremely beneficial for the market as people have an "increased desire for a place of one's own" and are re-assessing where they're spending all of their time in lockdown.

It's why so many people have opted to pick up and move out of big cities like Toronto to get more space elsewhere while so much work remains remote for the foreseeable future.

And those who are buying in the city are happy to pay way more to secure the space they want.

"Strong first-time home buying activity is teaming up with a surge in existing owners choosing to pull up stakes and move in recent months," the report reads. "Add in record-low mortgage carrying costs and you have a recipe for record, or at least historically strong, levels of activity in all parts of the country."

Look up new homes for sale in places like Collingwood or Saugeen Shores. Yes they are cheaper than Toronto or the GTA but they are no longer affordable for average wage earners either. New homes in these smaller towns are selling closer to a million dollars as well. 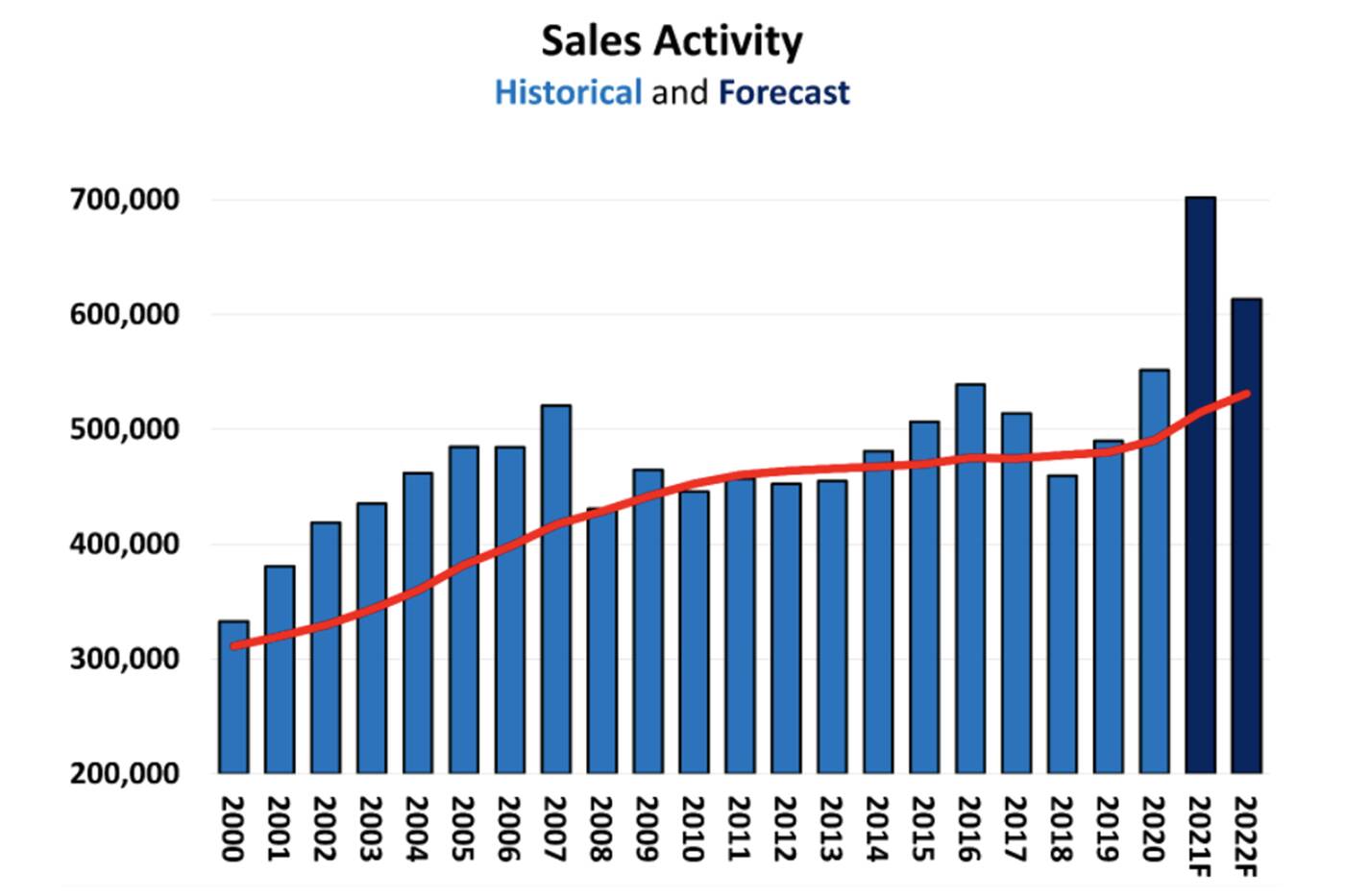 Based on a separate CREA report on Canadian home buying stats from last month, the locales that saw the greatest leap of home prices in the entire nation was Ontario cottage country, where property values were up 35 per cent year-over-year.

A whole slew of other regions across the province also saw huge gains of 30 to 35 per cent in average price, including Barrie, Niagara, Bancroft and Area, Grey-Bruce Owen Sound, Kawartha Lakes, London & St. Thomas, North Bay and Simcoe.

Cities like Hamilton, Guelph, Cambridge, Kitchener-Waterloo and Peterborough all saw average home prices surge 25-30 per cent more last month compared to February 2020, with Ontario dominating as far as price gains, and leading the country as far as the number of sales.

Essentially, if you're a prospective homeowner, you may have already missed the boat on the condo bargains 2020 brought — though there are still a few to be had — and you may have to wait a few years for prices to come back down at all again, if they ever do.

I’m concerned that even working people with university degrees, can’t afford a home in the place where they want to live.

That people are driving until they qualifyC cutting forests into subdivisions- and that in Southern Ontario people’s houses earn more than they do.

If you're looking in Ontario, you'll want to avoid areas like King Township, where prices hit an average of $2,110,214 last month, while the cost of an average home in the GTA shot up over the million mark and the average cost of any type of home in Toronto is now $996,000 and rising.