A massive, unique park, which was to be built on top of a rail deck has just been cancelled.

The 21-acre green space known as the Rail Deck Park would have blanketed the Union Station rail corridor between Bathurst Street and Blue Jays Way, and was touted as Toronto's Central Park.

Billed as a legacy project from Toronto Mayor John Tory and council who moved forward with plans back in 2017, the Rail Deck Park could have cost close to $1.7 billion.

It’s a hugely disappointing decision for the future of our city and the vibrancy and livability of downtown.

If anything, the experience of COVID has affirmed the critical importance of parks and public spaces. Our work to expand them must continue. https://t.co/Tz03SLZGYm

But the province's Local Planning Appeal Tribunal quashed those dreams on Wednesday when they instead favoured plans for the ORCA Project from CRAFT Development Corporation.

The decision was disappointing for councillors and the general public.

"It's a hugely disappointing decision for the future of our city and the vibrancy and livability of downtown,” Councillor Joe Cressy tweeted.

"What a disappointment- COVID has shown us we need space to enjoy the outdoors - similar disappointment that TTC lands at midtown Yonge Eglinton instead of a park that I thought we would get, will be a bunch of large towers-very little space for people outside," one person tweeted.

Unfortunately, while the city made plans for the massive park, they never owned the air rights. The air rights, necessary for building the elevated park over the rail corridor, were mostly obtained by developers, the appeal decision notes.

So the Local Planning Appeal Tribunal is instead favouring the ORCA Project plan for a 16-acre community of condos, office towers and some green spaces. 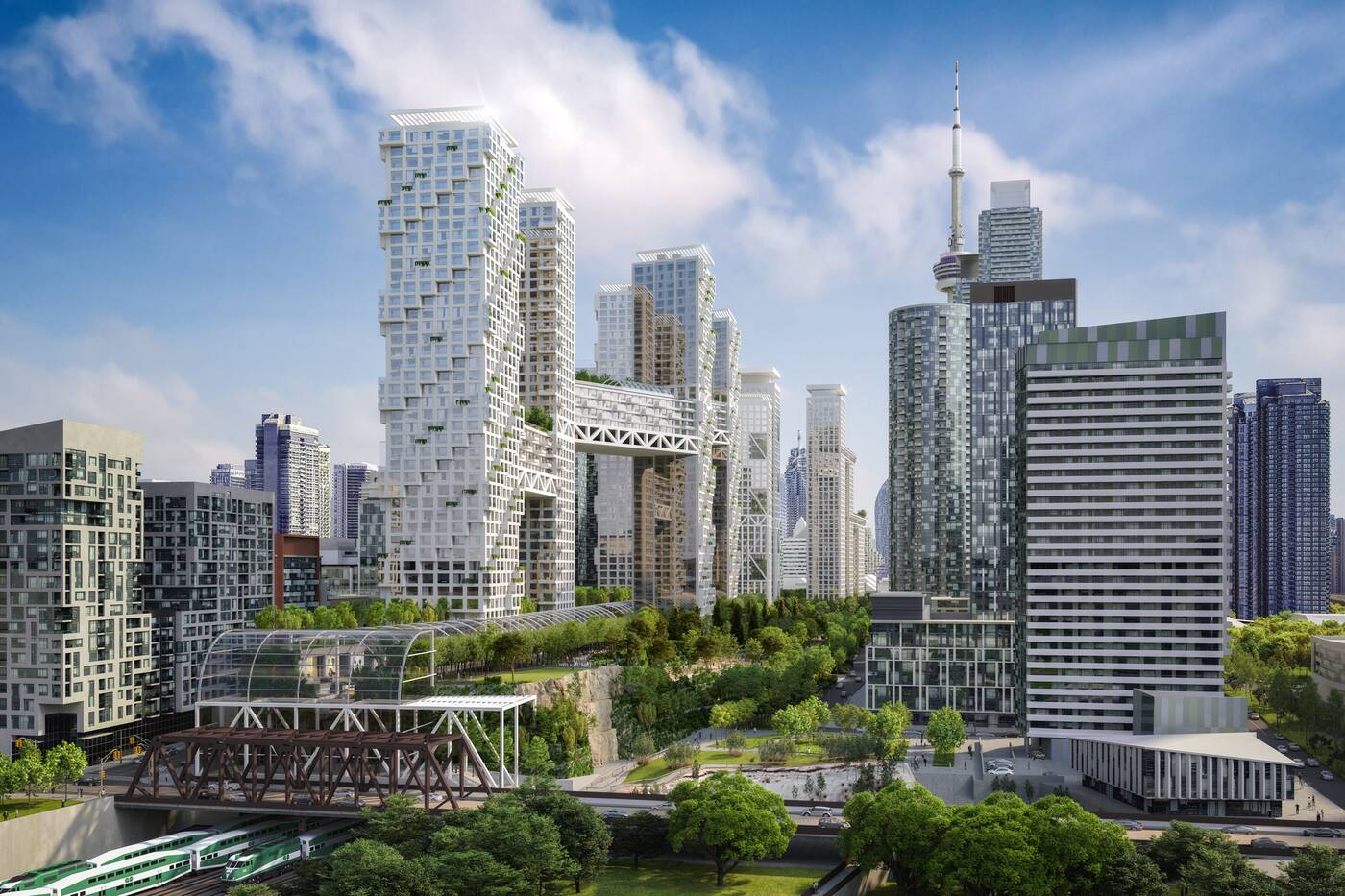 The ORCA Project, a development of condos and an office building was favoured over a large public park. Rendering via The Orca Project

The proposed project, if approved, will sit on a platform above the active rail corridor. That platform will allow a mixed-use development made up of residential towers ranging in height, rooftop terraces, plazas, walkways and a 36-storey office building. 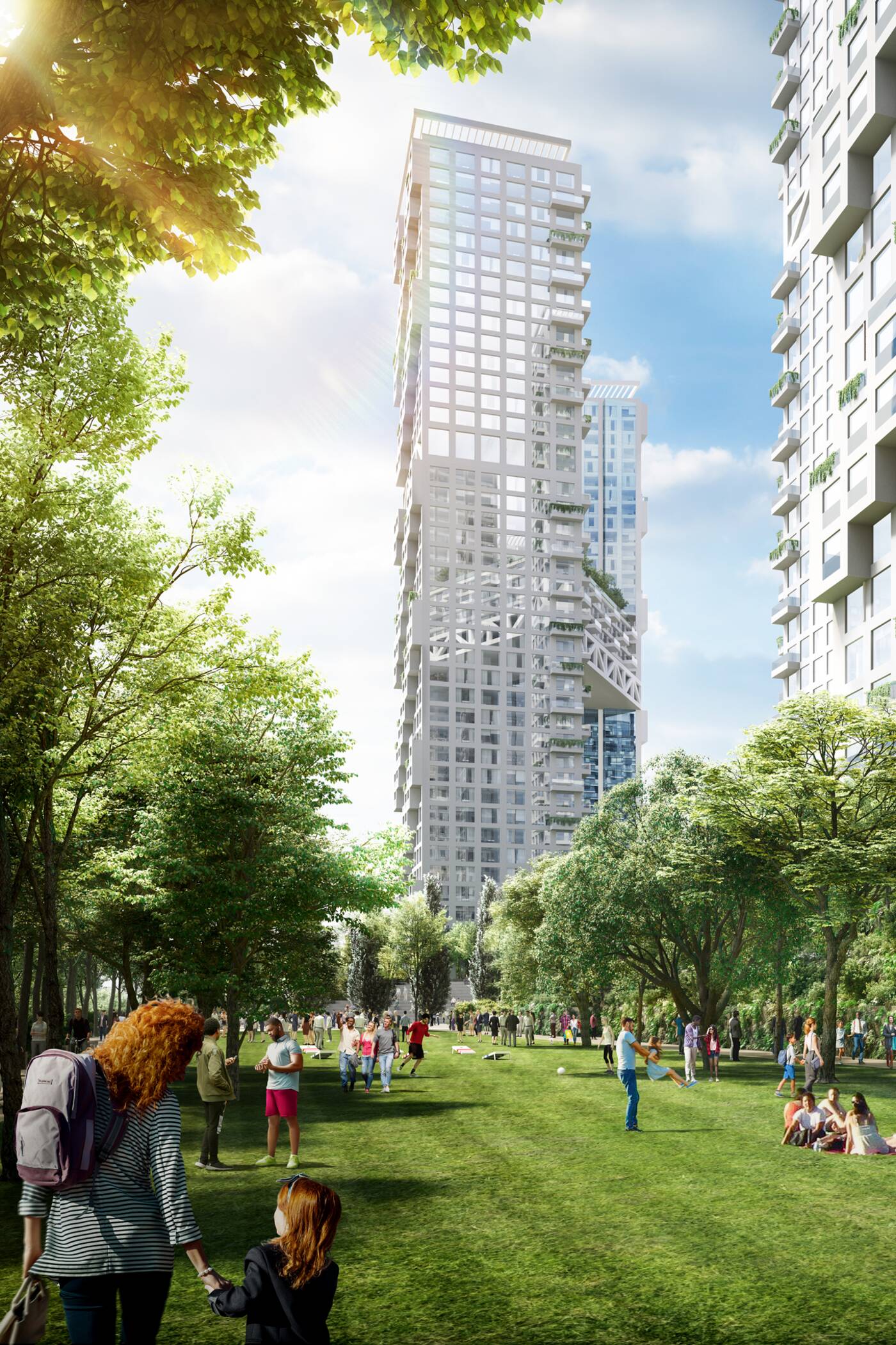 The project will have a park but it won't be as big as the Rail Deck Park.   Rendering via The Orca Project

The project's centrepiece is instead of the original 21-acre park, a 12-acre park, which would include public art, lawns, and trees that could connect to the existing Northern Linear Park in CityPlace.

The project is still a long way from being built as council can still reject the development plans.