Downtown Toronto may soon be home to a massive, super-unique park that is quite literally up in the air. 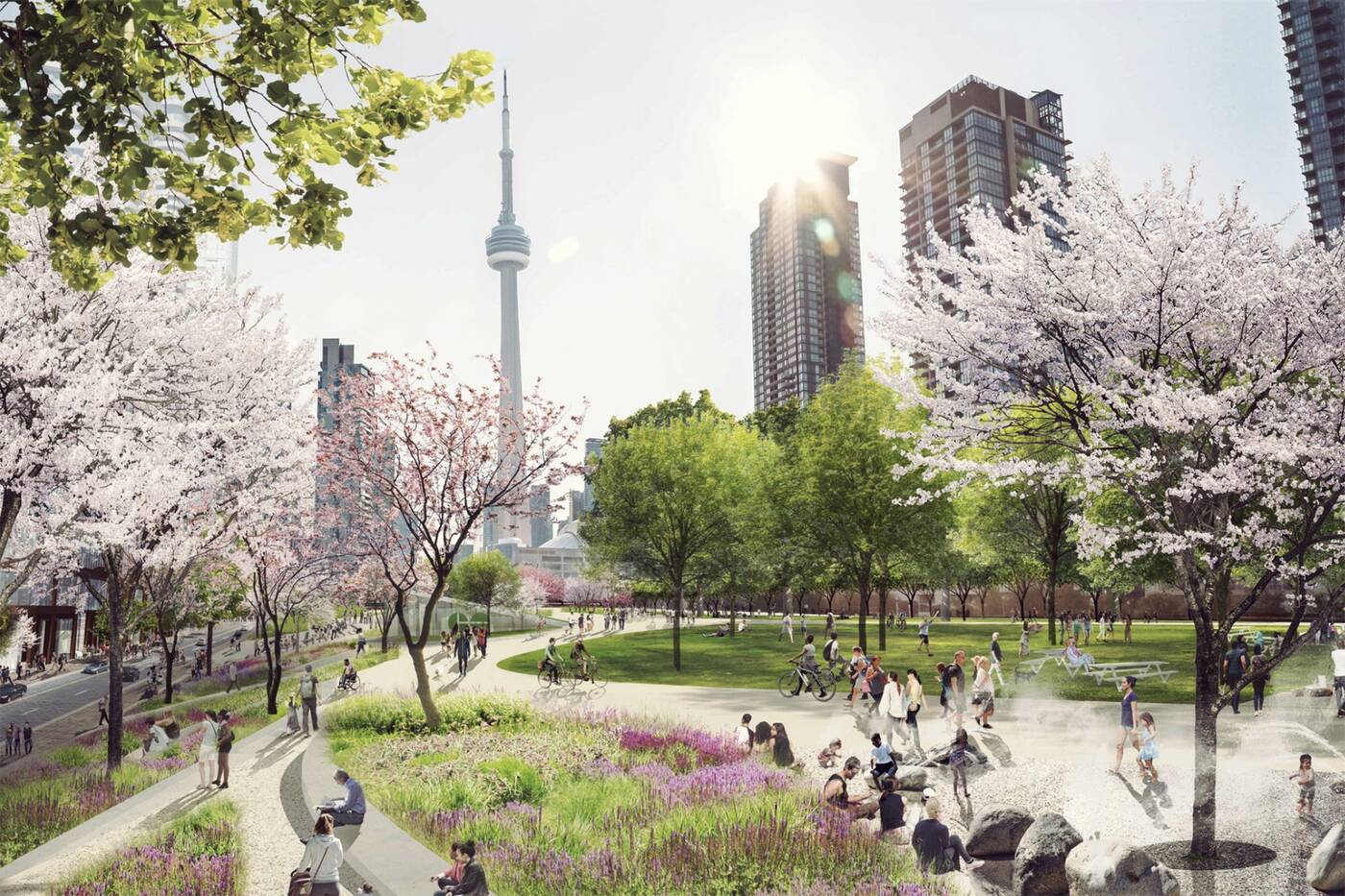 It would be the first elevated green space of its kind in not only Toronto, but the country, nestled in the middle of the downtown core amid top attractions like the CN Tower, Ripley's Aquarium and the Rogers Centre.

Though the city has been in talks about the potential park since 2016, things are finally moving forward after city council's Executive Committee unanimously voted today to try and acquire rights to the airspace where the park would be located.

With today’s unanimous Executive Committee vote to proceed with acquiring the air rights, we took a big step towards building Rail Deck Park. Great cities invest in their future. Rail Deck Park is such a moment. It is the type of big city-building move that Toronto is ready for. pic.twitter.com/tVYKwUb2gA

The 1.2 hectares of airspace the City is currently looking to obtain runs from Spadina to Blue Jays Way, and is privately-owned.

The municipality says in a recent report that it will look into buying the additional length of airspace between Bathurst and Spadina "at a time when staff are confident that [it] can be acquired at fair market value."

Rail Deck Park is essential for the downtown core. This space will bring people from all over the province. Perfect place to hang out before a jays game.

The urban green space would be constructed on top of a raised deck structure over the train lines, and would include lawns and trees, public art, water features and gathering and play space.

The City is also considering linking it to Union Park, a similar project proposed by Oxford Properties that is also slated for above a portion of rail between Blue Jays Way and John Street.

Along with the existing Northern Linear Park in CityPlace and planned Mouth of the Creek Park nearby, this could add up to more than 9 hectares of connected park space.

I think #raildeckpark would be fantastic. Feel in 20 years we will be saying “can u believe they almost never built this?” It’s a must ! #citycounsel @JohnTory @joe_cressy @Rob_Layton

If the city cannot come to a reasonable agreement to purchase the airspace it needs for the project, documents indicate that it may "initiate expropriation proceedings" — aka seize the land — if need be.