Plans for Rail Deck Park were announced to jubilant acclaim last August, even as there was no guarantee that Toronto would ever get this magnificent-looking downtown green space.

Fast forward about 10 months and public talk about the ambitious project has mostly died down. City council endorsed a work plan last fall, and staff are currently in the midst of an extensive planning framework for the site. 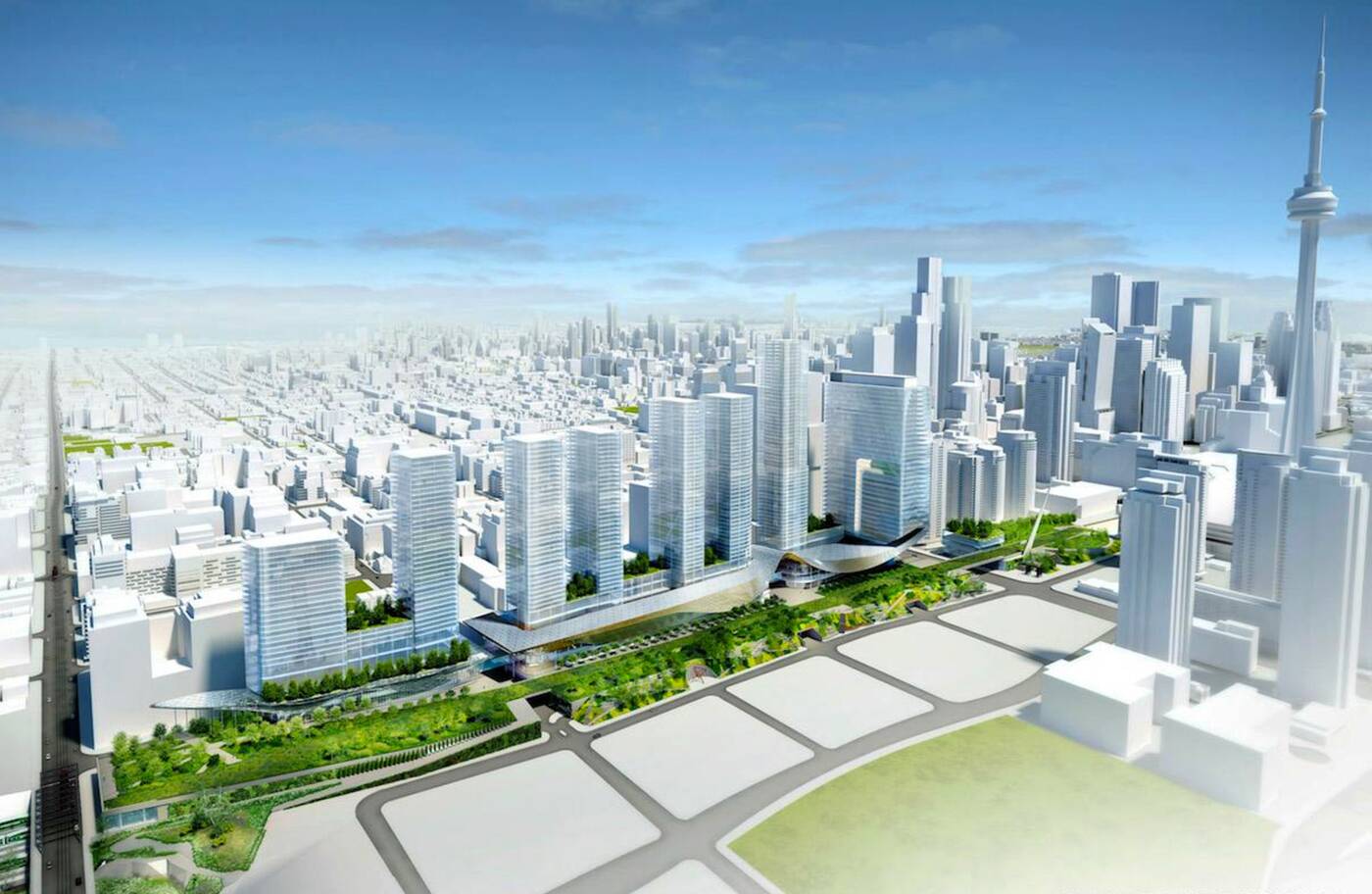 Now, seemingly out of the blue, a group of developers (identified as P.I.T.S. Developments Inc.) have submitted a proposal that would witness eight skyscrapers built on the north end of the site along with a 12.8 acre park — that's down from the 21 acres called for by the City.

As reported by Urban Toronto, what's being called the ORCA Project further complicates the already murky situation regarding the air rights to the rail lands in question. At this point, the ownership picture isn't entirely clear. 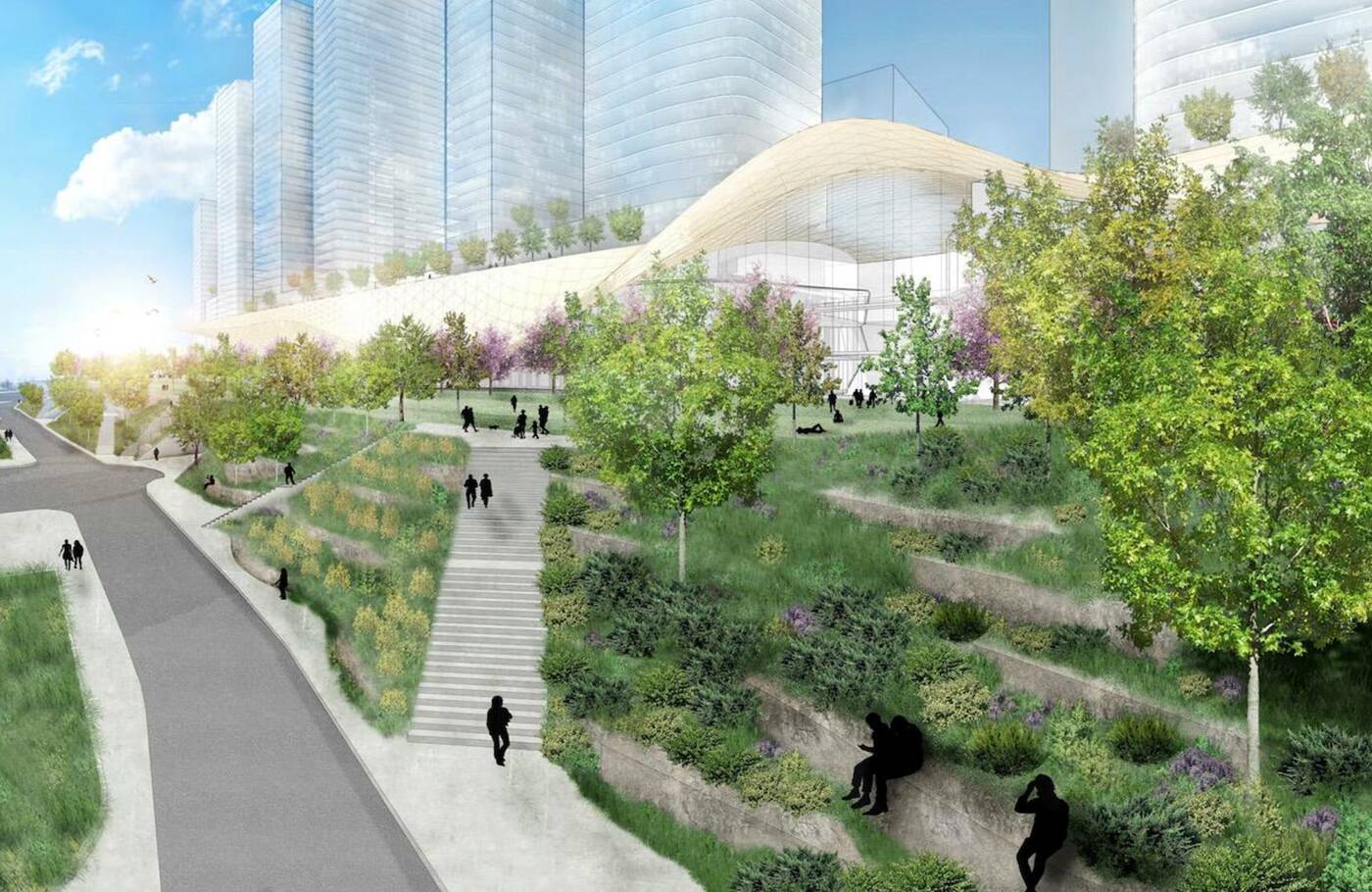 "Determining the ownership of the Rail Deck lands requires what's legally known as a 'title search' —a process that has yet to be completed," explains Urban Toronto.

In the absence of clarity regarding who owns the air rights, a proposal like this one can make a claim to be a player in the determination process. In so doing, the developers have also laid out an intriguing master plan from Sweeny & Co Architects. 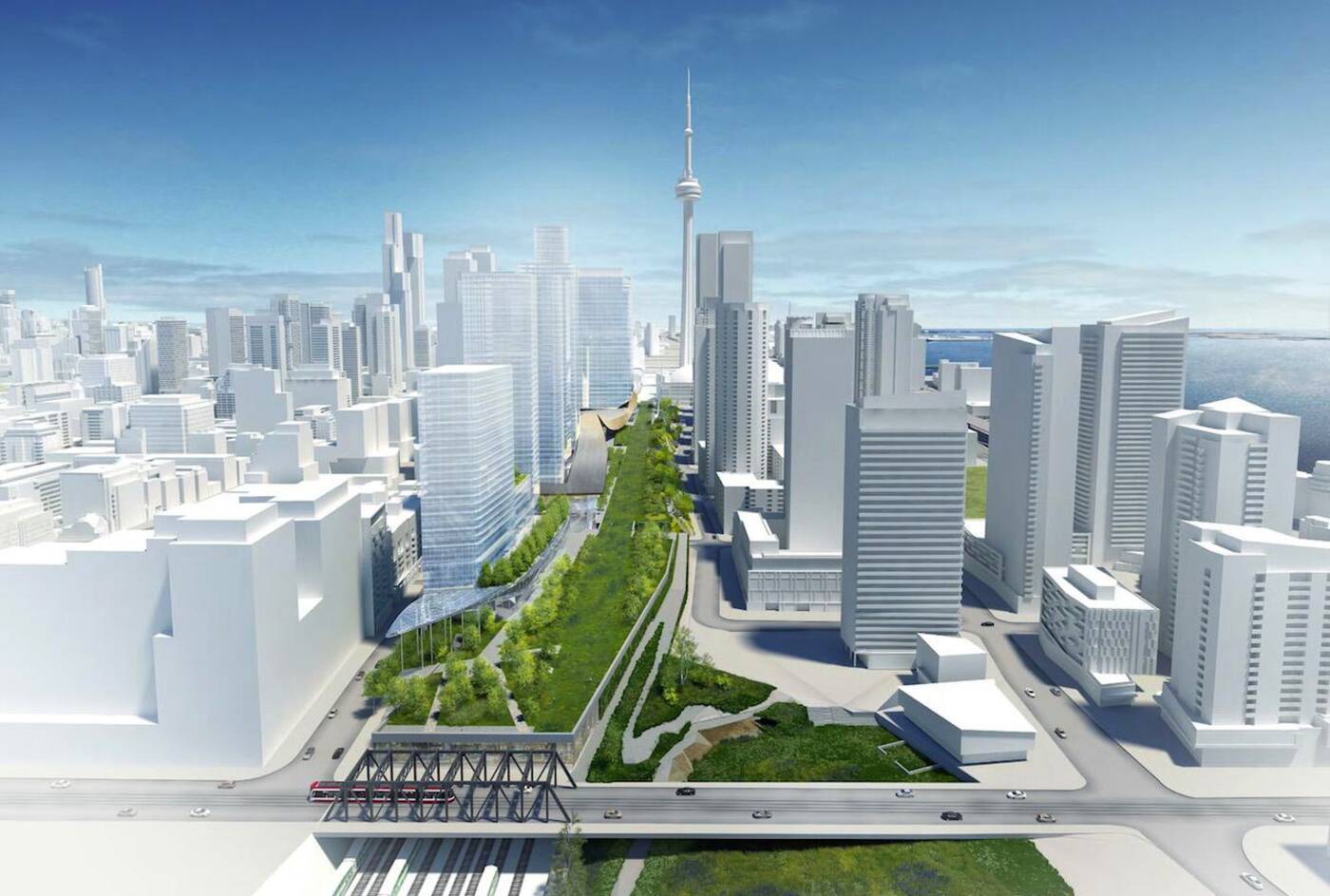 Along with the huge residential component, the proposal includes 650,000 square feet of retail space, a hidden parking garage (under the park area), an office tower and a new GO Station.

Had this proposal come prior to the announcement of the 21 acre park, I suspect it'd be received enthusiastically. After all, a nearly 13 acre downtown green space is quite exciting. Given the recent history, however, this project might be met with ambivalence. 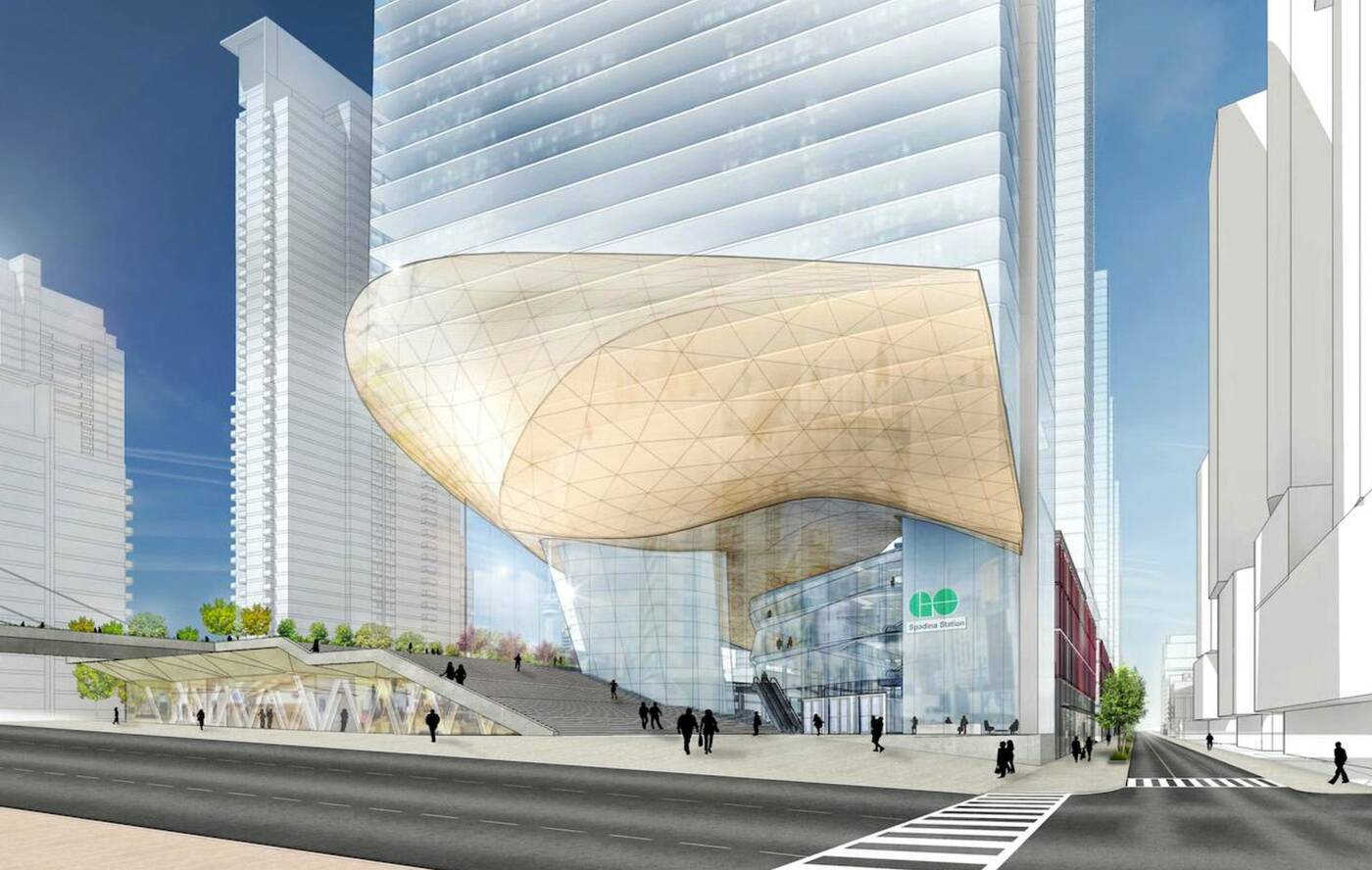 It's still too early to see how this submission will play out against the plans for Rail Deck Park, but the planning process just became way more complicated and arguably more interesting as well.