A railway in Toronto's downtown core could soon see a massive new community of condos, office towers, and green spaces sitting on top of it.

CRAFT Development Corporation has released updated renderings and a new concept video for the ORCA Project. 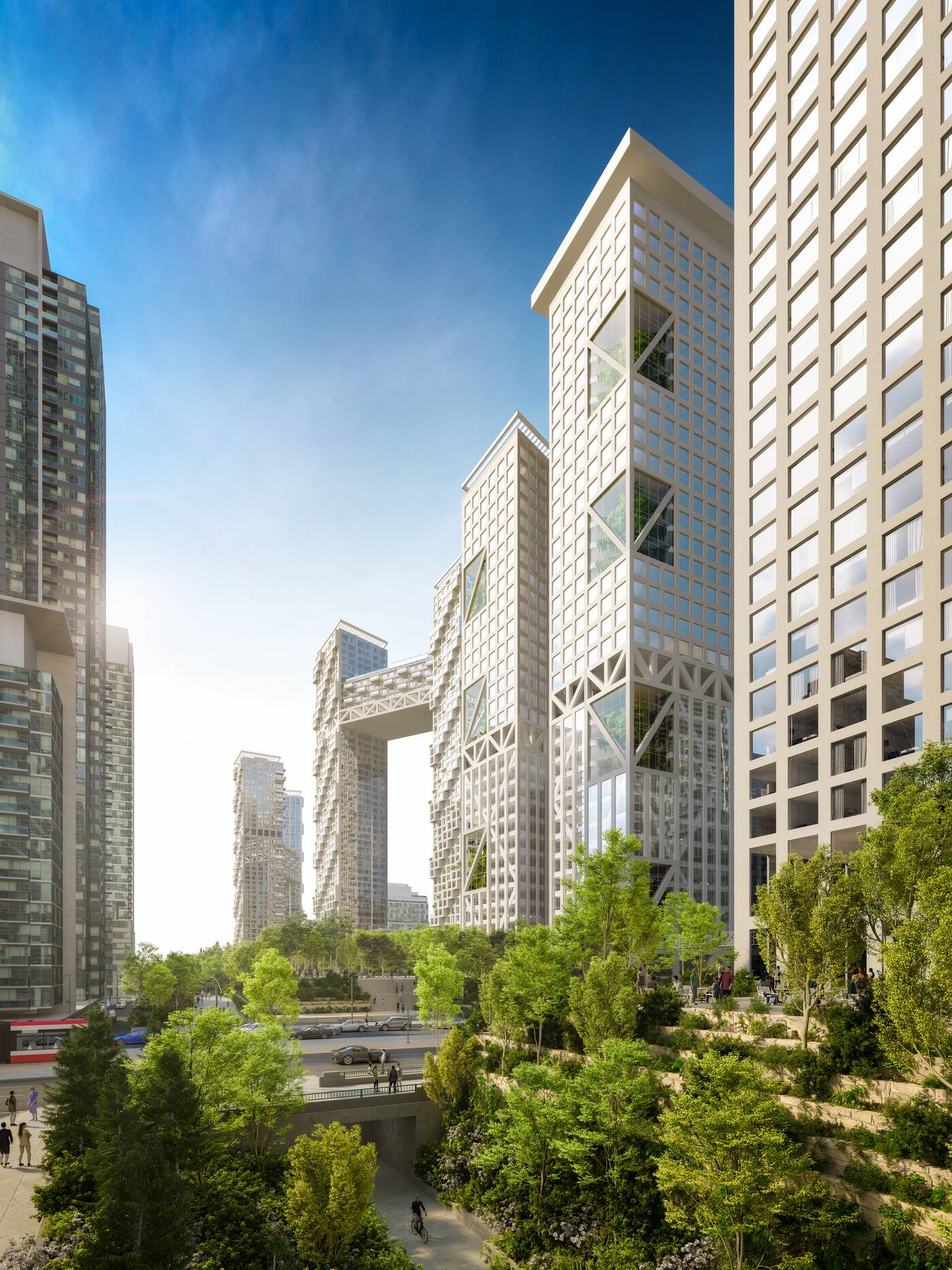 The ORCA Project is proposing a massive new community atop the existing rail corridor south of Front Street. Photo via ORCA Project.

First pitched to the city in 2017, the ORCA Project proposes a 16-acre development that will sit elevated above the active rail corridor located just south of Front Street.

The railway tracks, which make up the Union Station Rail Corridor, have cut across this stretch of Toronto since the 1850s. 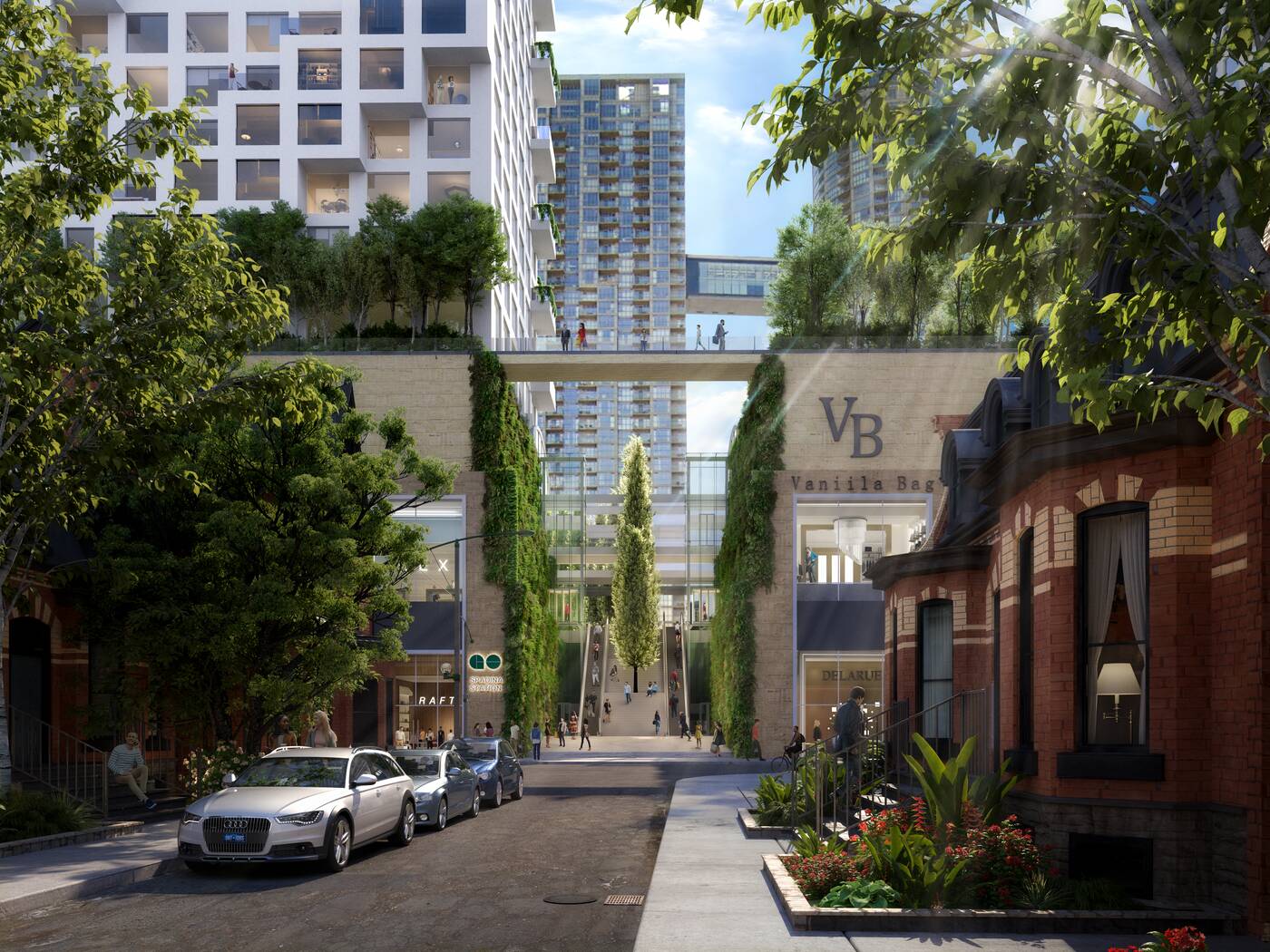 The development would transform 16 acres of land into space for towers, retail, office spaces, and parkland. Photo via ORCA Project.

In an attempt to utilize the precious airspace above the tracks, ORCA proposes building a deck overtop that stretches from Blue Jays Way to Bathurst Street.

That platform will allow a mixed-use development made up of residential towers ranging in height, rooftop terraces, plazas, walkways and a 36-storey office building. 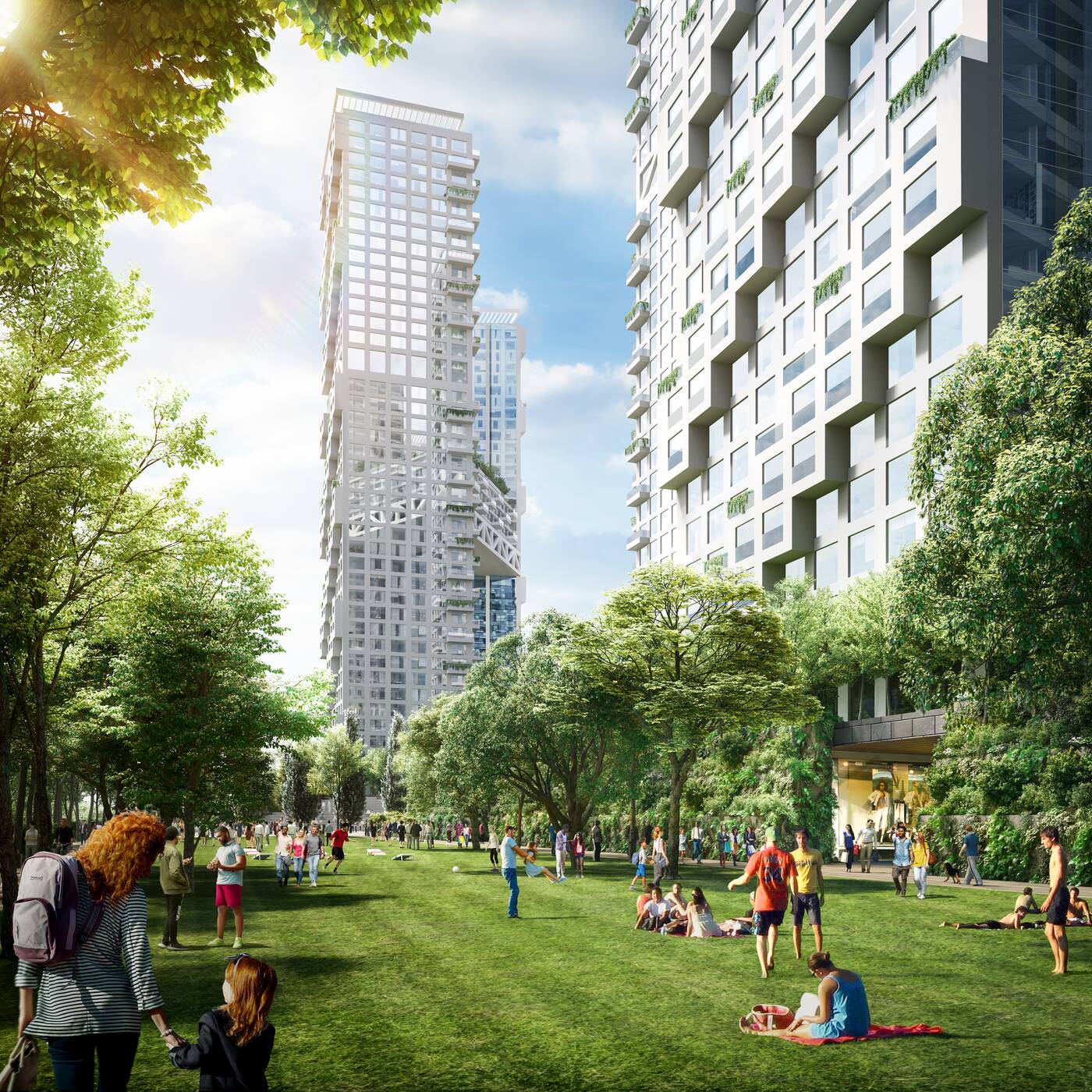 A new 12-acre park running east to west is intended to be the project's centrepiece. Photo via ORCA Project.

CRAFT has acquired the air rights for the site from the Canadian National Railway to bring that vision to life.

Intended to be the project's centrepiece is a new 12-acre park proposed as the Rail Deck Park, which would include public art, lawns, and trees that could connect to the existing Northern Linear Park in CityPlace. 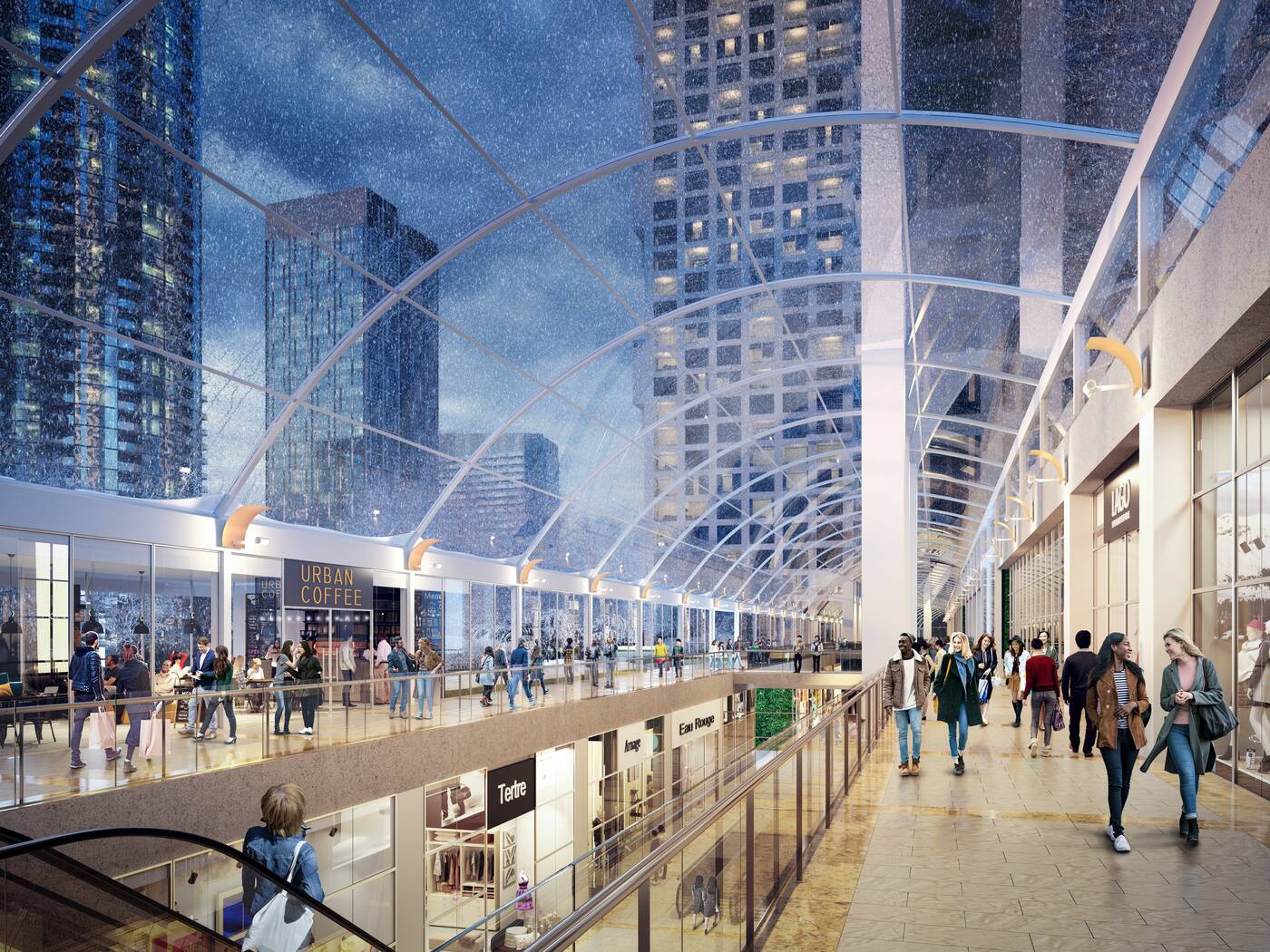 The project could potentially see a new GO Transit rail station on the Barrie line. Photo via ORCA Project.

Safdie Architects and PWP Landscape Architecture are named as firms that will be working on the project.

CRAFT, Kingsmen Group Inc. and Fengate Asset Management recently put out a press release announcing their partnership for the project.