Today in news that proves Toronto doesn't need Google to improve its eastern waterfront, a government task force has revealed plans transform Parliament Slip into a "world-class destination for swimming, kayaking, boating, entertainment and dining never seen in Canada before."

Waterfront Toronto, a revitalization agency run by the City of Toronto, the Province of Ontario and Canada's federal government, dropped the news of its latest major initiative on Monday morning.

It'll take some time to complete, but if all goes as planned, the Parliament Slip project would give Toronto a new waterfront amphitheatre, several lakeside swimming pools, floating docks with concessions and a "floating restaurant," among other public amenities.

That's right, a floating restaurant — concrete details about which have yet to be fully fleshed out, but are fun to think about nonetheless. 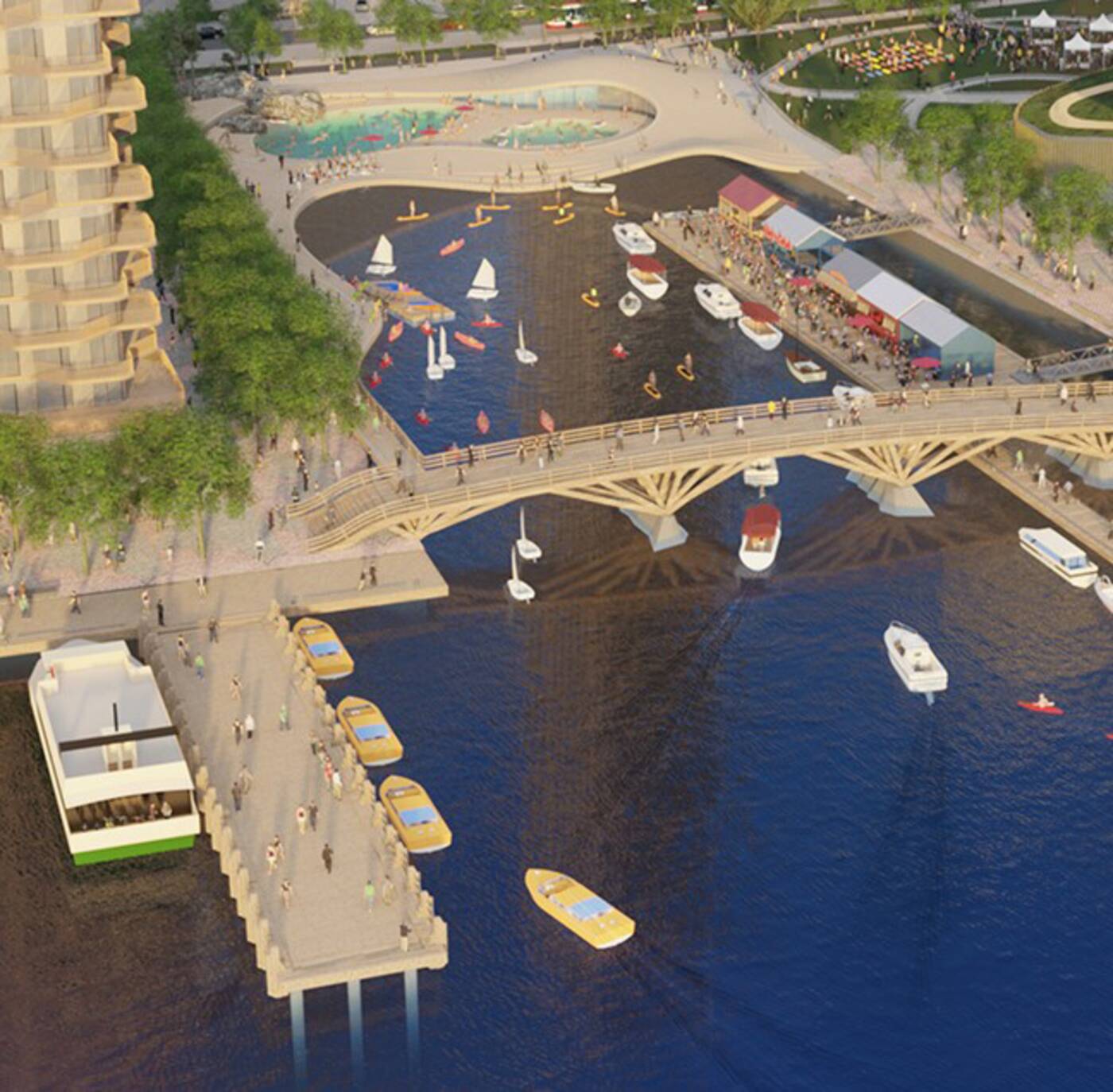 The revamped Parliament Slip would be anchored by a new WaveDeck similar to the award-winning versions that were installed along the city's western waterfront more than 10 years ago. Image via West 8 and DTAH.)

Central to all of this stuff would be the new, already-planned Parliament WaveDeck — the fourth to be built in Toronto since the Spadina, Reese and Simcoe wave decks were completed in the late 2000s.

The roughly 32,300-square-foot wavedeck will run across the existing Parliament Slip at the foot of Parliament Street along Queens Quay East, not far from the emerging Villiers Island and future Promonotory Park.

As it stands now, the inlet is flanked by Toronto's East Bayside neighbourhood to the west and a huge industrial parking lot to the east (you may recognize it as the pick-up point for party boats like the River Gambler).

This property was, at one point, slated to be part of the Sidewalk Labs-built "Quayside" neighbourhood that was cancelled last year amid terse conversations about threats to citizen privacy and corporate overreach.

The Alphabet-owned company had envisioned a "Sugar Beach-like public space" for the area with an all-ages playground and year-round access via rain and wind-blocking technologies. 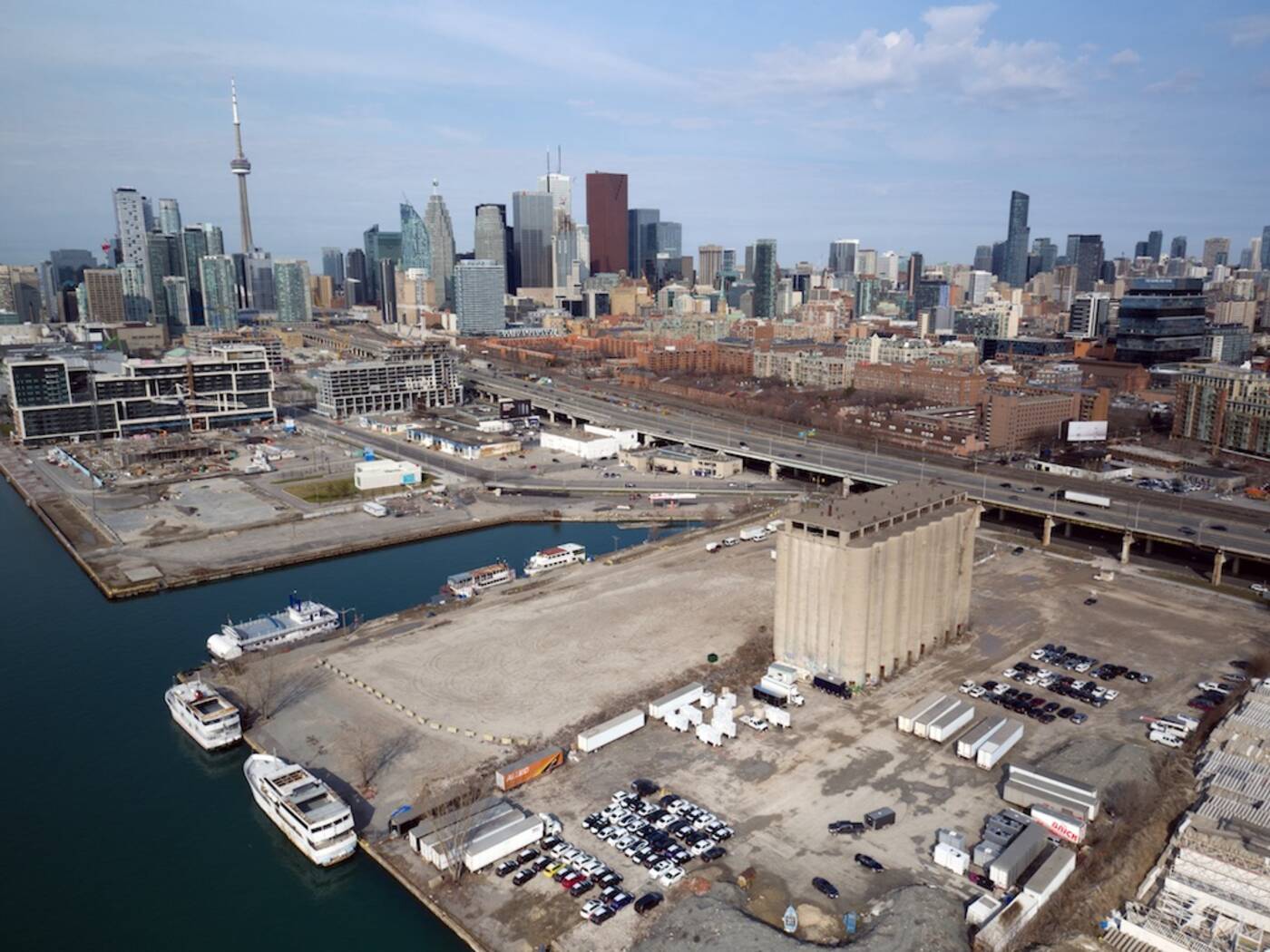 Parliament Slip hasn't been much to look in recent years, though it holds plenty of potential, as verified by the now-defunct Sidewalk Quayside Labs project. Image via Sidewalk Labs.

It's not clear how many, if any, of the Google Parent company's innovations for Quayside the city will move forward with, but Waterfront Toronto is still promising a "four-season public asset" around the Parliament Slip (coupled with the adjacent public spaces and a new forthcoming City of Toronto community centre on the west side).

A backgrounder document provided by Waterfront Toronto states that the new Parliament WaveDeck, in its most current planned iteration, would "be the anchor for a water amphitheatre, floating restaurant, canoe/kayak launch, water transportation hub and a floating dock with concessions."

"Other amenities could include new mooring stations, public event spaces, retail and expanded waterfront walkways," reads the document, which points to a previously-announced initiative that would see a continuous waterfront "loop" created to connect key attractions and destinations along the city's Inner Harbour.

Like the continous loop (and the proposed sea buses that will serve it), the new vision for the Parliament Slip was borne from Waterfront Toronto's much-discussed 2020 Marine Use Strategy report.

It's all part of the government consortium's decades-long glow-up strategy for one of Toronto's most valuable yet underutilized public spaces: Our waterfront. 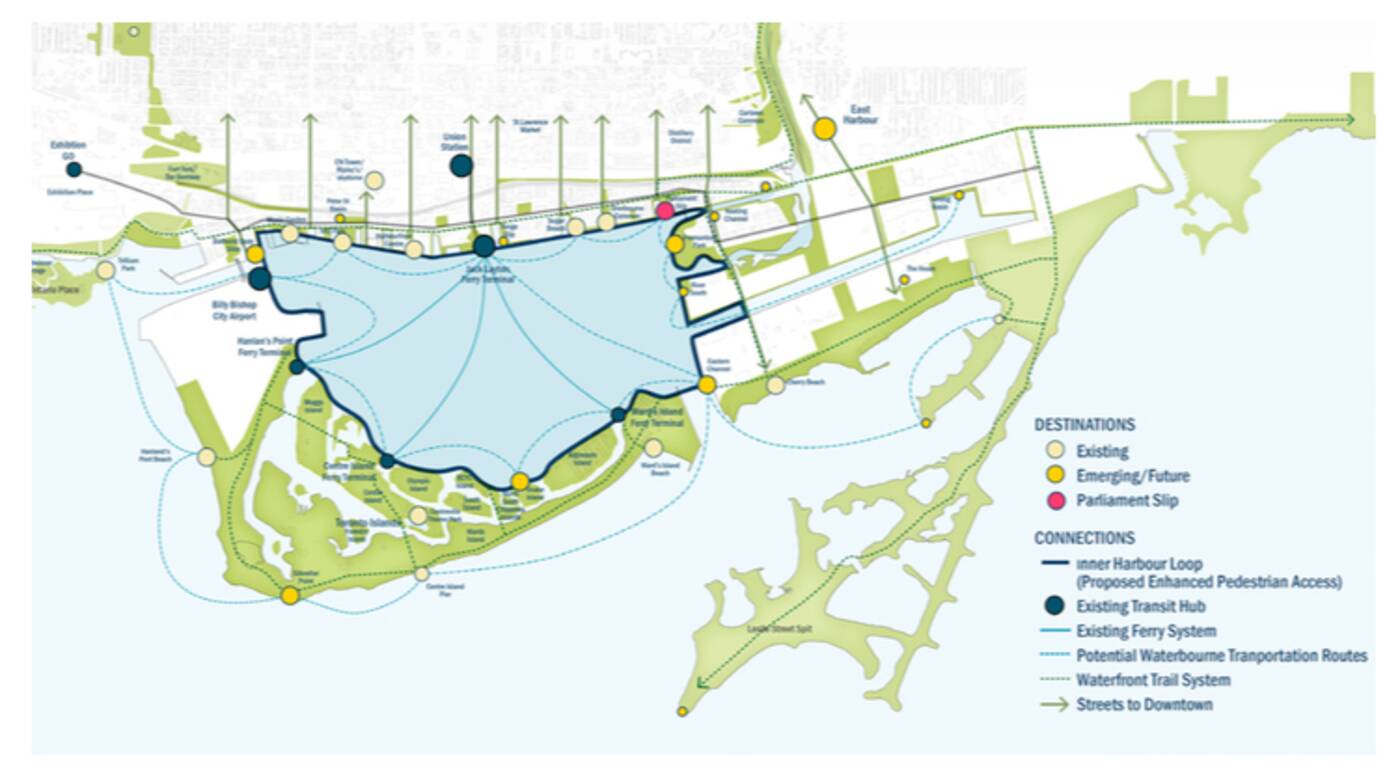 "Parliament Slip is our chance to create an exciting experience on the water for all types of marine activity," said Waterfront Toronto CEO George Zegarac in a press release announcing the plans for Parliament Slip.

"Our plan promises to deliver new kayak and canoe launches, lakeside pools and open water swimming opportunities, a floating restaurant, new mooring facilities with charging stations for electric marine craft, and a waterfront amphitheatre for people to enjoy views of the harbour activity."

No word yet on when plans for the new waterfront destination will move forward — public consultations have yet to be conducted and Waterfront Toronto has not yet announced when these will take place.

The organization is excited, nonetheless, but the prospect of building this space. 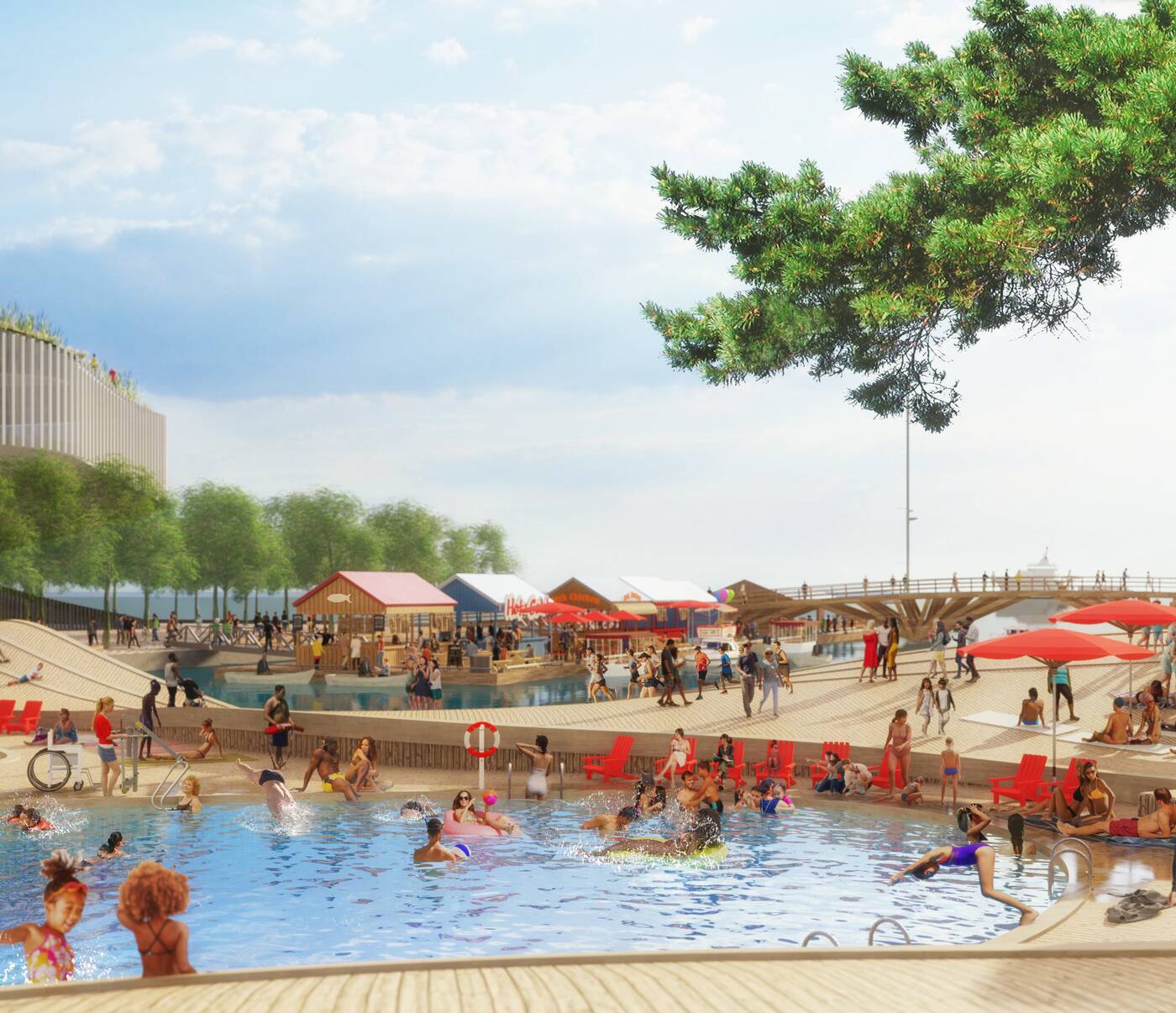 "Parliament Slip is where we can bring all of these features to life, create a more active and inclusive destination for everyone and build a lasting connection between Toronto and the waterfront that we can showcase to the world."