The first set of tangible plans for Sidewalk Labs' forthcoming "neighbourhood of the future" have finally been released, and with them, a whole host of controversial ideas about what to do with the eastern portion of Toronto's waterfront.

Thousands of affordable housing units in an eco-friendly, tall-timber, residential complex? We're here for it. A new network of parks and outdoor plazas that are accessible all year round? Awesome. Buildings with raincoats? Smart sidewalks? Robots that pick up garbage and deliver packages door-to-door? That's sick.

But none of it comes without a cost — or at least some loss of autonomy.

Nestled within the American tech company's 1,524-page-long Master Innovation and Development Plan (MIDP), released to the public on Monday, is the proposal to create a new transportation authority within Toronto but specific to Quayside.

The agency would be called the "Waterfront Transportation Management Association" (WTMA) and would essentially coordinate and have authority over roads, traffic, parking, public transit and anything else transportation-related in Sidewalk's proposed 190-acre IDEA District.

"Sidewalk Labs proposes establishing the WTMA as a public entity tasked with coordinating the transportation system in the special innovation zone," reads the proposal, which starts on page 42 of Volume II of the MIDP.

This would involve the creation of a "mobility management system capable of coordinating all streets, signals, lanes and trip options." 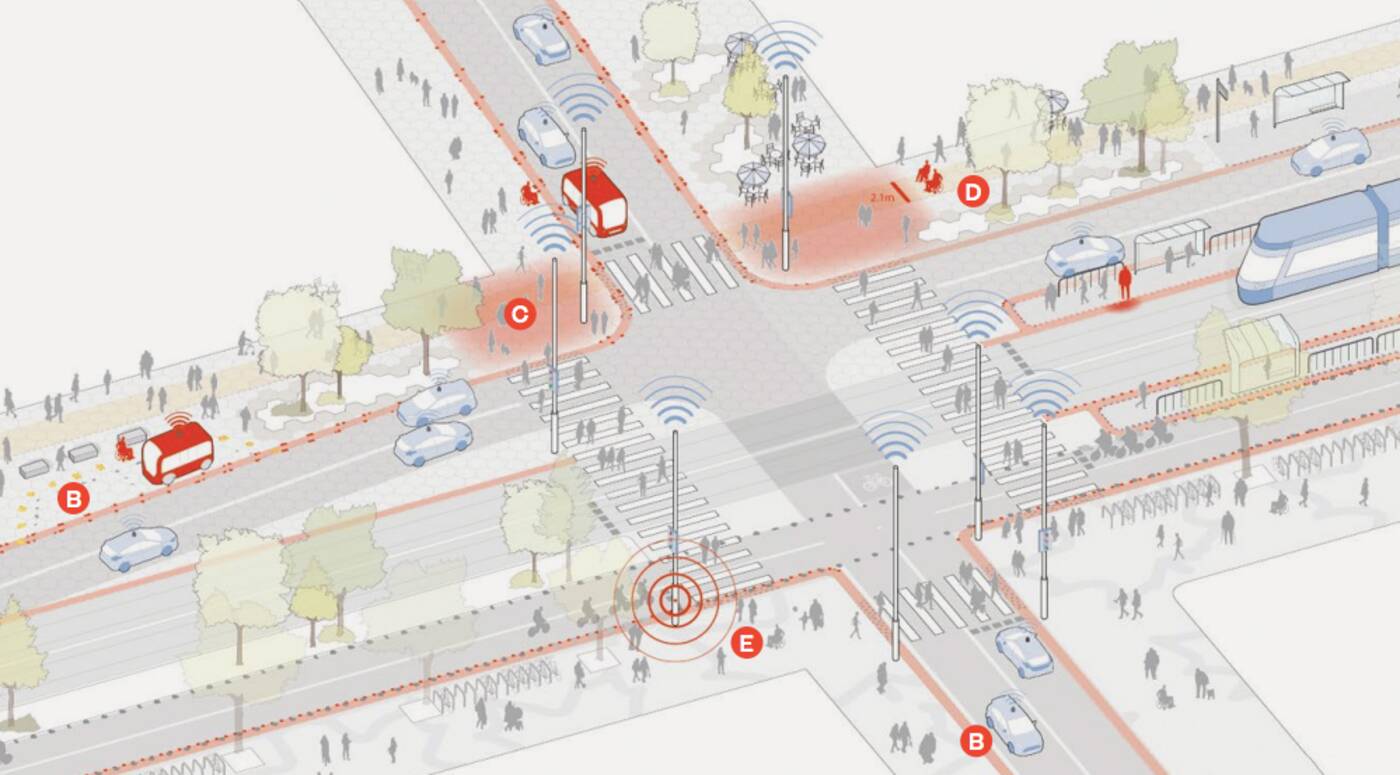 The public transportation body would be able to set and enforce its own speed limits and parking rules, manage street closures, maintenance, snow clearing and "mobility subscription packages," as well as implement its own policy objectives.

"In Toronto, as in most cities, this management is done piecemeal: one entity oversees parking, another manages traffic signals, and yet another sets the price of transit rides," the plan continues.

Sidewalk Labs wants to integrate the management of these services (and more) into one government-approved agency to "help Toronto’s waterfront achieve its mobility goals around safety, affordability, and convenience."

That's not how everyone sees it, of course.

"This is nothing but a power grab," said City Councillor Gord Perks to the Toronto Star's Ben Spurr in a piece highlighting Sidewalk Labs' WTMA proposal on Tuesday.

"Creating a body which is further removed from the public because you want a specific policy outcome" is not democratic, said Perks.

"Accountability to the public is greatly harmed... This would further cement that distance between people that elect governments and the decisions that they make."

Sidewalk proposes new transportation authority for "smart city" development that would have authority to set speed limits and manage traffic, powers that are currently the city's jurisdiction. Some city councillors strongly object. https://t.co/WYdMZVsHYu

Perks is not alone in his criticism of the new transportation authority, nor of the Alphabet-owned tech company's overarching plans for the Port Lands and beyond.

"It is clear that Waterfront Toronto and Sidewalk Labs have very different perspectives about what is required for success," said Waterfront Toronto's Board of Directors Stephen Diamond in a press release responding to the MIDP on Monday.

Waterfront Toronto, a consortium representing the federal, provincial and municipal governments, made clear in that release that it will not be giving Sidewalk Labs free reign to do as it pleases with the city.

"Waterfront Toronto has told Sidewalk Labs that the concept of the IDEA District is premature and that Waterfront Toronto must first see its goals and objectives achieved at Quayside before deciding whether to work together in other areas," said Diamond.

"Even then, we would only move forward with the full collaboration and support of the City of Toronto, particularly where it pertains to City-owned lands."