Demand for detached homes has skyrocketed in Toronto since the pandemic hit, driving prices up to an average of roughly $1.5 million in 2020 across the 416 region.

Semi-detached and townhouses have also increased in value over the past year, however, according to The Toronto Regional Real Estate Board, by 11.6 and 8.7 per cent, respectively to reach around $1.2 million and $836,000.

Needless to say, the closer you get to the downtown core, the more expensive freestanding properties (read: homes that aren't condo units) become — and that in some parts of the city, you'd be hard-pressed to find anything going for less than seven figures.

Even dilapidated houses up in North York are now selling for well into the millions, and literal shacks downtown have been listed for more than $2 million in recent years.

This is why people take note when a house hits the market in a highly desirable area for a low price — like this three bedroom, two-storey, freehold rowhouse just steps from Stanley Park on Adelaide Street. 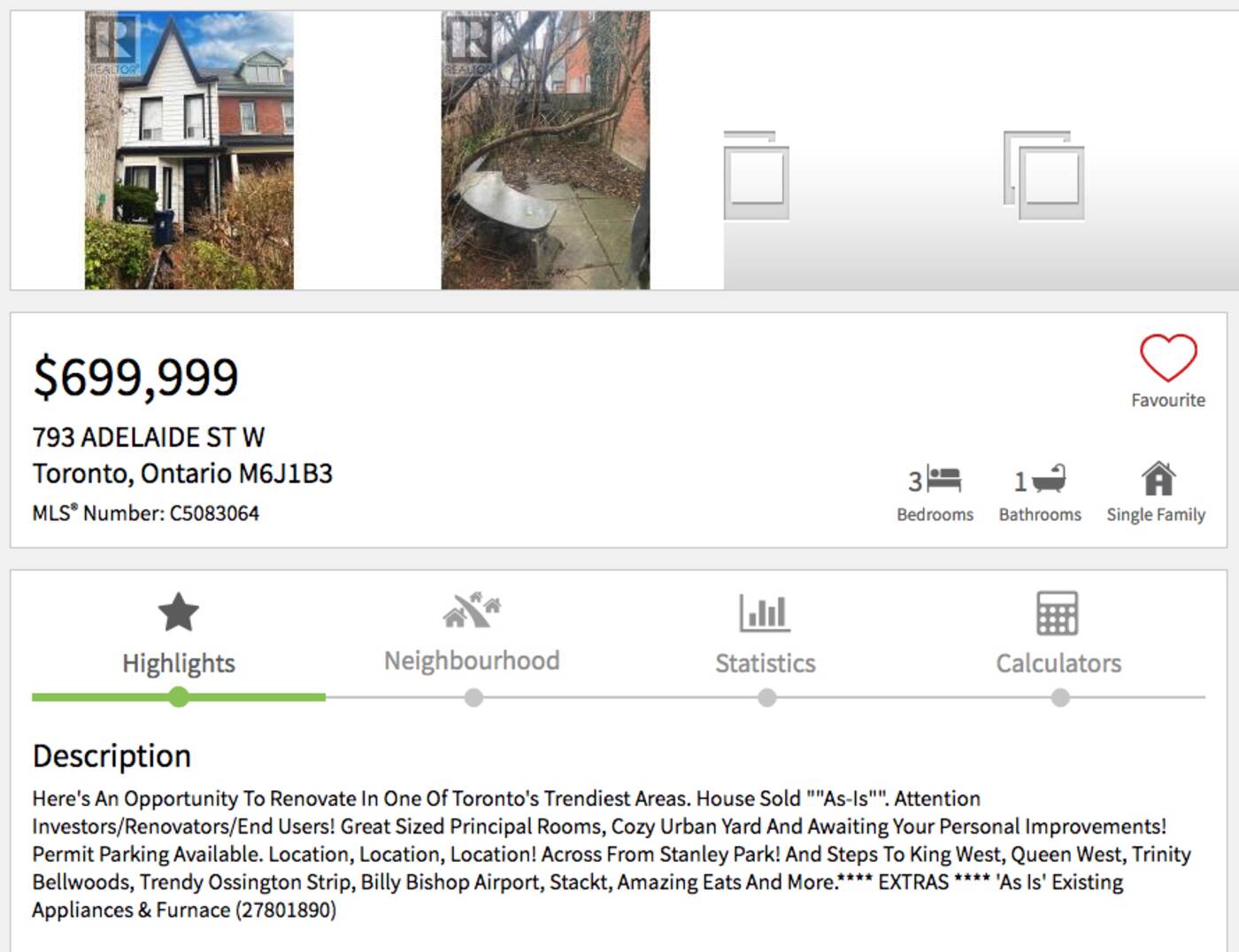 Even for a house with 'as is' in the listing, $699,999 is incredibly cheap for such a trendy area. Image via realtor.ca.

Listed for only $699,999, the house at 793 Adelaide St. W. would currently cost someone about as much as a 683-square-foot shoebox in CityPlace (that is, if it doesn't sell for over asking, which it almost certainly will.)

Yes, it appears to be a teardown — there are no photos of the property's interior listed — but even simply for the land, it seems almost too good a price to be true.

To wit, another nearby house with no listed photos is up for $1.18 million. Another "as is" place at Bloor and Dufferin is listed for $1.3 million, and this tiny home on Euclid (again, with no interior photos and an "as is" warning) just went up for $1.45 million.

"Here's an opportunity to renovate in one of Toronto's trendiest areas. House Sold 'As-Is.'," reads a listing for the house on Adelaide, which is nestled right between hip West Queen West and the Fashion District. 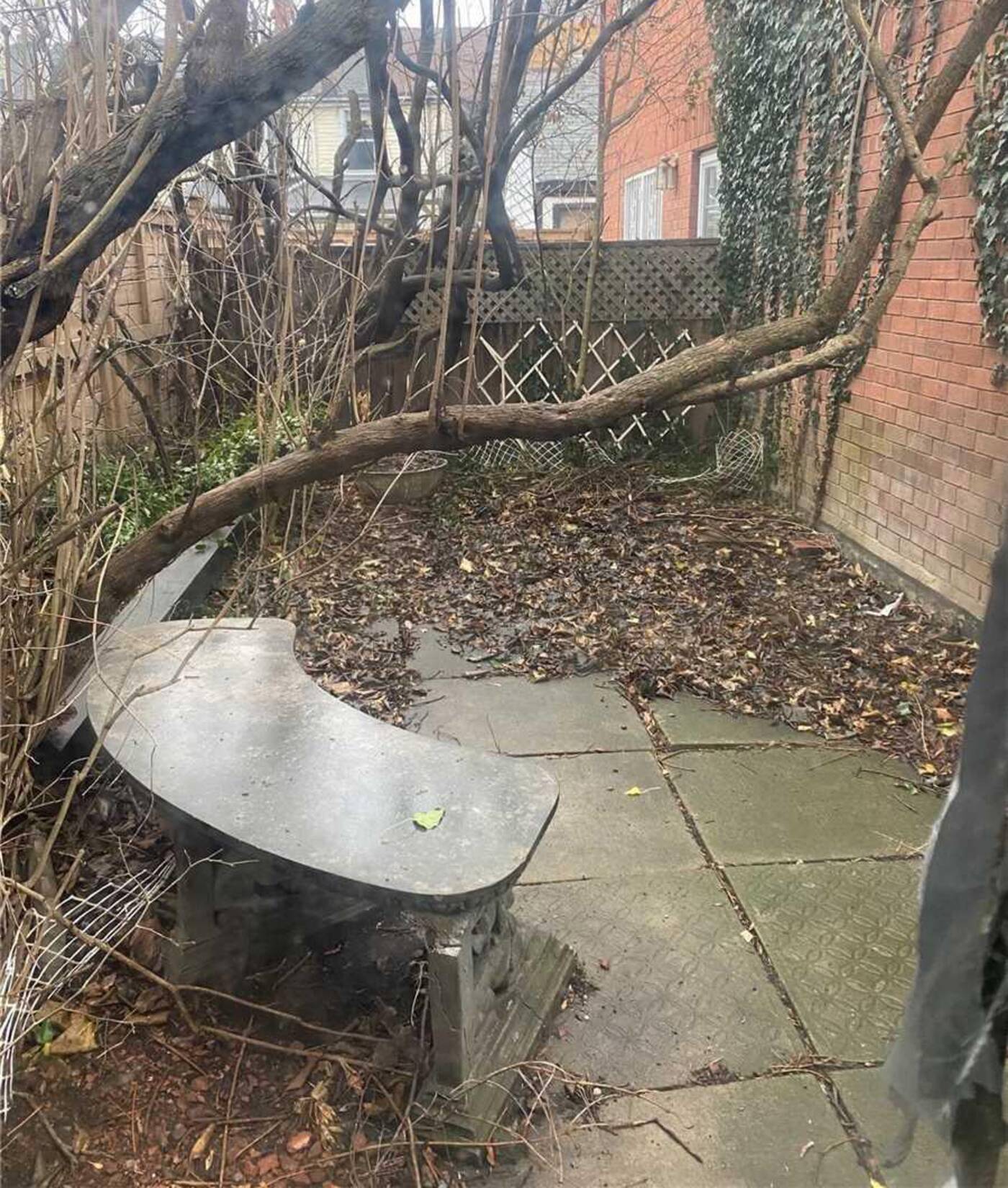 The home has a modest backyard but is located right across from a huge park. Image via realtor.ca.

Appliances and a furnace are included, according to the ad, but parking isn't available (which itself could knock off quite a few bucks.)

You'd also likely need to renovate heavily, judging by the lack of photos — which could pose a problem for people looking to escape their shoebox condos downtown in search of more space to live.

It could eventually be a great house in the location of your dreams, but it's unlikely anyone would be able to buy it and start working-from-home immediately... unless they're a contractor.

Update: The house has sold since the publication of this article for $780,000.