They say you can't judge a book by its cover, and the same can often be said for homes with grungy, dilapidated exteriors.

Sometimes, what looks like a dingy flophouse from the street is actually a diamond in the rough filled with chic modern furnishings, and newly-renovated interior spaces.

Then there are houses like this $1.45 million two-bedroom bungalow in North York — houses that have boards over their doors and pieces of roof chilling in the yard. 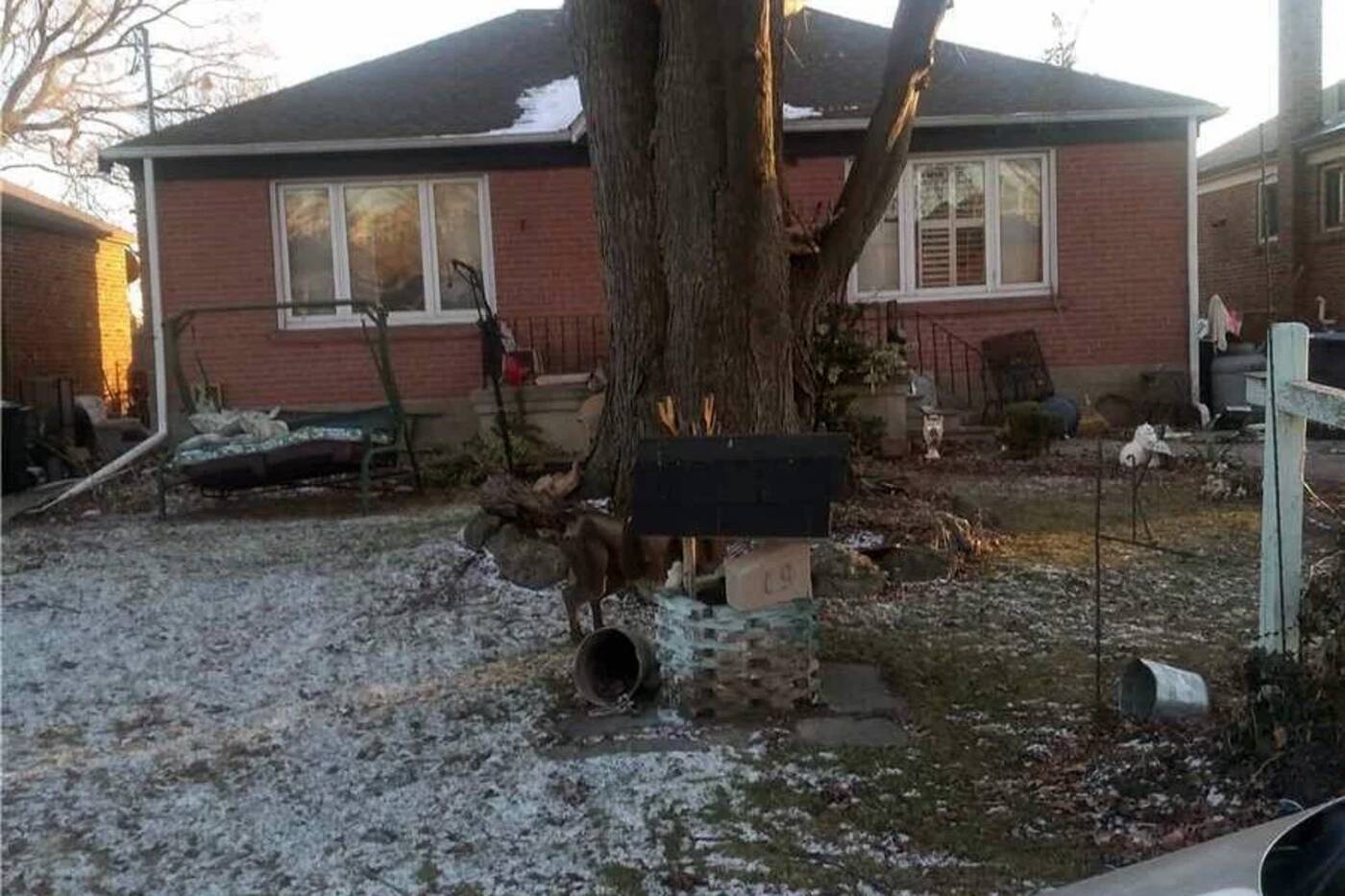 The front, side and back yards of the house all appear to contain significant amounts of garbage and debris. Image via Homebound Realty Inc./Realtor.ca.

Surrounded by literal trash, there are no indoor pictures included with this recently-posted listing for 19 Embro Drive — just vague descriptors like "best value" and "great potential."

More worrisome still are the terms "great fixer upper" and "needs TLC," both of which tend to suggest that a place is uninhabitable as is.

Nine times out of ten, when a realtor writes "Attention: Builders/Renovators" in a listing, the place is a dump inside. This one, close to schools and the busy Allen Road, simply happens to be a dump on the outside as well. 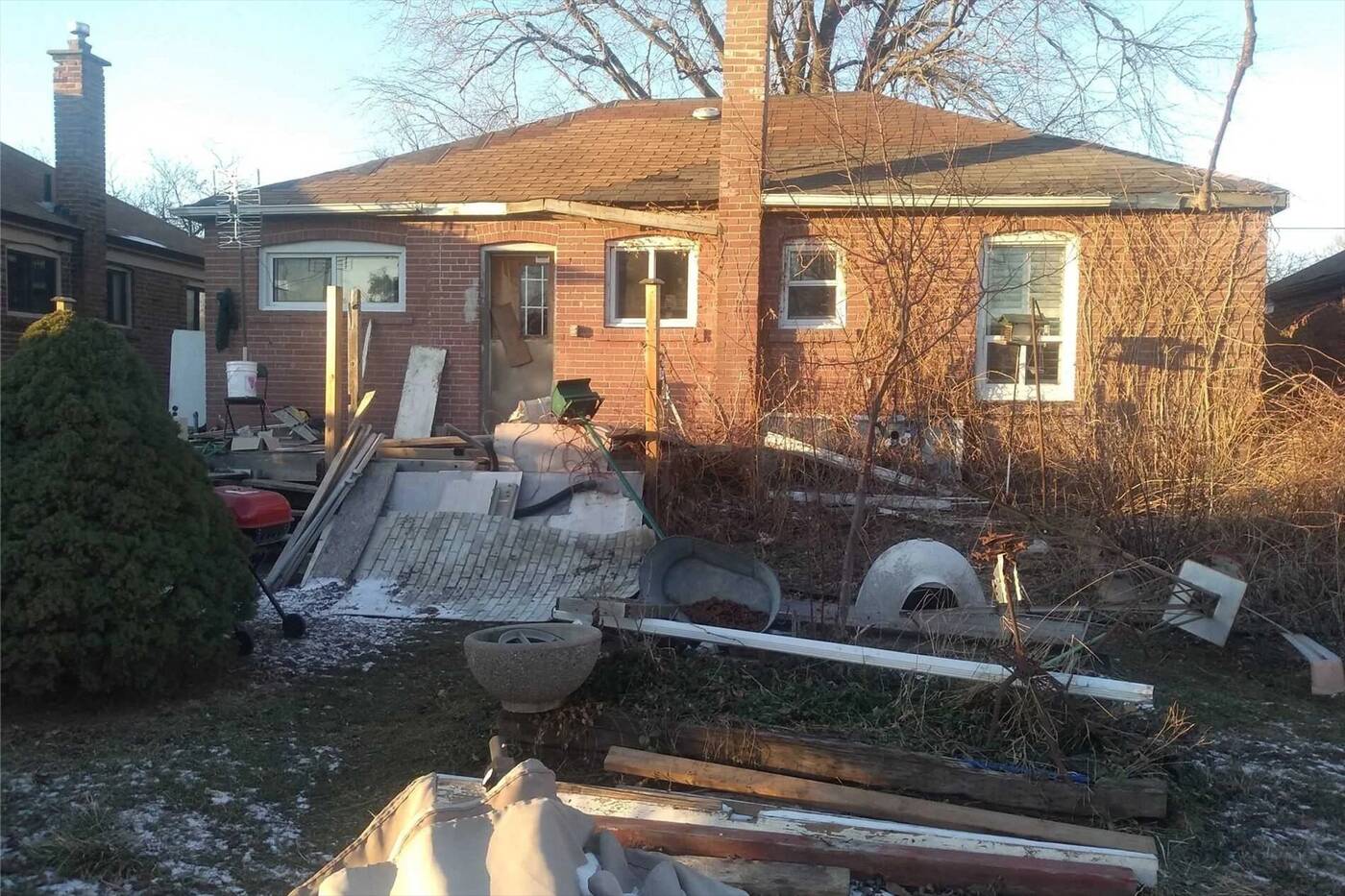 The home's back door is boarded up, for some reason, though realtors say it does boast a "kitchen walkout to extra deep backyard." Image via Homebound Realty Inc./Realtor.ca.

So why the exorbitant pricetag for something so far from the downtown core? Something so tiny with just two bedrooms, one bathroom, a completely unfinished basement and serious junkyard vibes?

According to Homebound Realty Inc., the $1,450,000 you'll pay is worth living in a "quiet, child-safe" area "surrounded by million-dollar custom-built homes" just five minutes to Sheppard West subway station.

The price tag more likely comes courtesy of the huge (45 x 157 foot) lot you'll find it on. And yet, the place isn't quite being billed as a teardown. 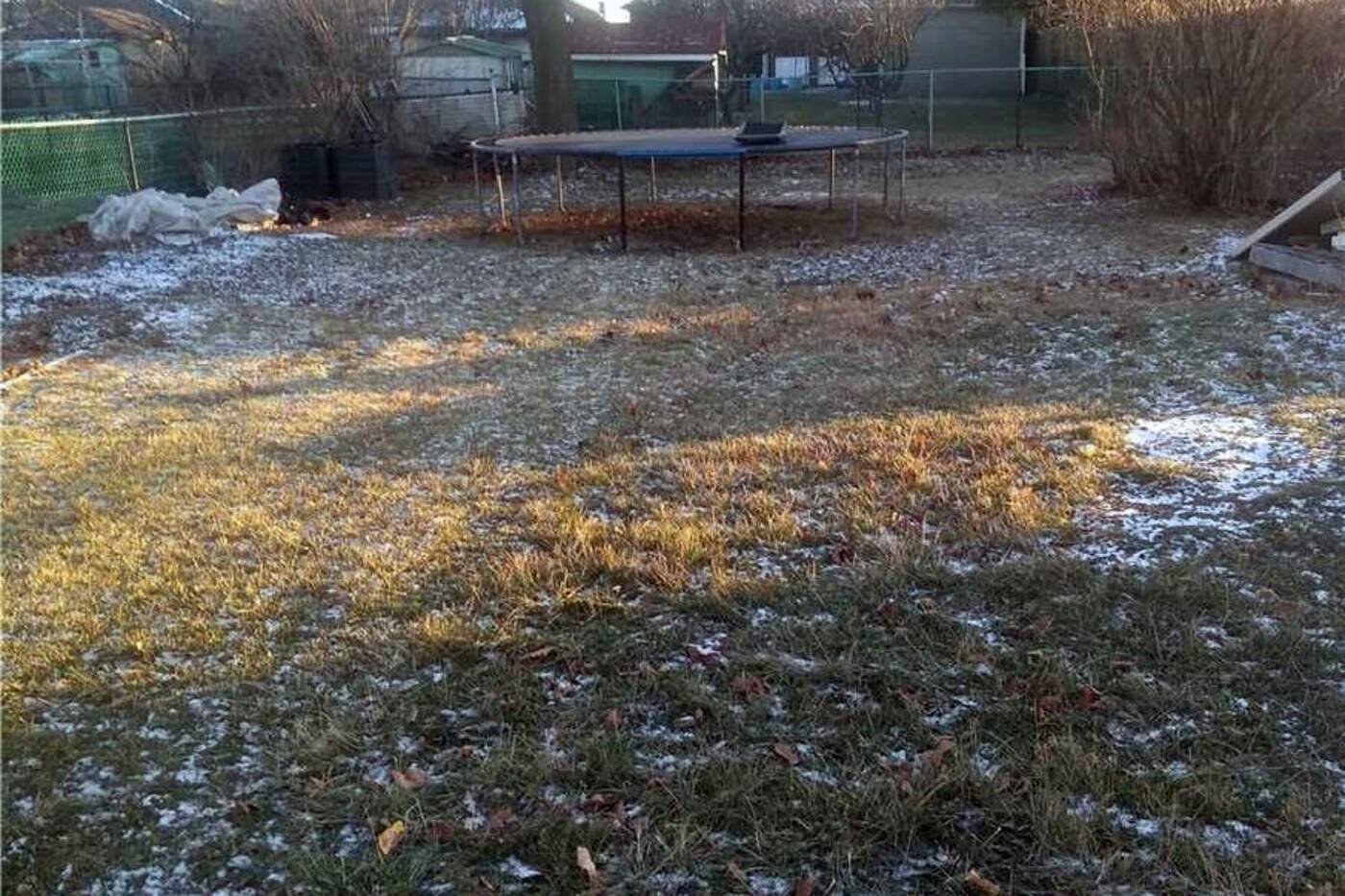 Straight across from a large park, this home sits on a sizeable lot with room enough for a trampoline and much more. Image via Homebound Realty Inc./Realtor.ca.

Is it liveable then? Maybe — though it would need a lot of work first: a large swatch of roof shingles can be seen sitting on the ground behind the home, while the roof itself appears mismatched and falling apart in some places.

Is it worth $1.45 million? I mean... somebody seems to think so, and it's not like we haven't seen even higher prices for smaller, grosser properties in Toronto before.