Now that 2020 is in the rearview mirror, analysts are looking back on what kind of year it was for Toronto's real estate market — and, whether despite the pandemic or because of it, what they're seeing is explosive growth.

Both the number of homes sold and average selling prices were up in 2020 compared to 2019, according to The Toronto Regional Real Estate Board (TRREB)'s latest report, with multiple consecutive months of record-breaking figures logged for both.

Home prices in particular reached a new record high of $929,699 on average across the GTA, up by 13.5 per cent year-over-year. Within the City of Toronto specifically, home prices shot up roughly 11.6 per cent to reach a new average value of $986,085. 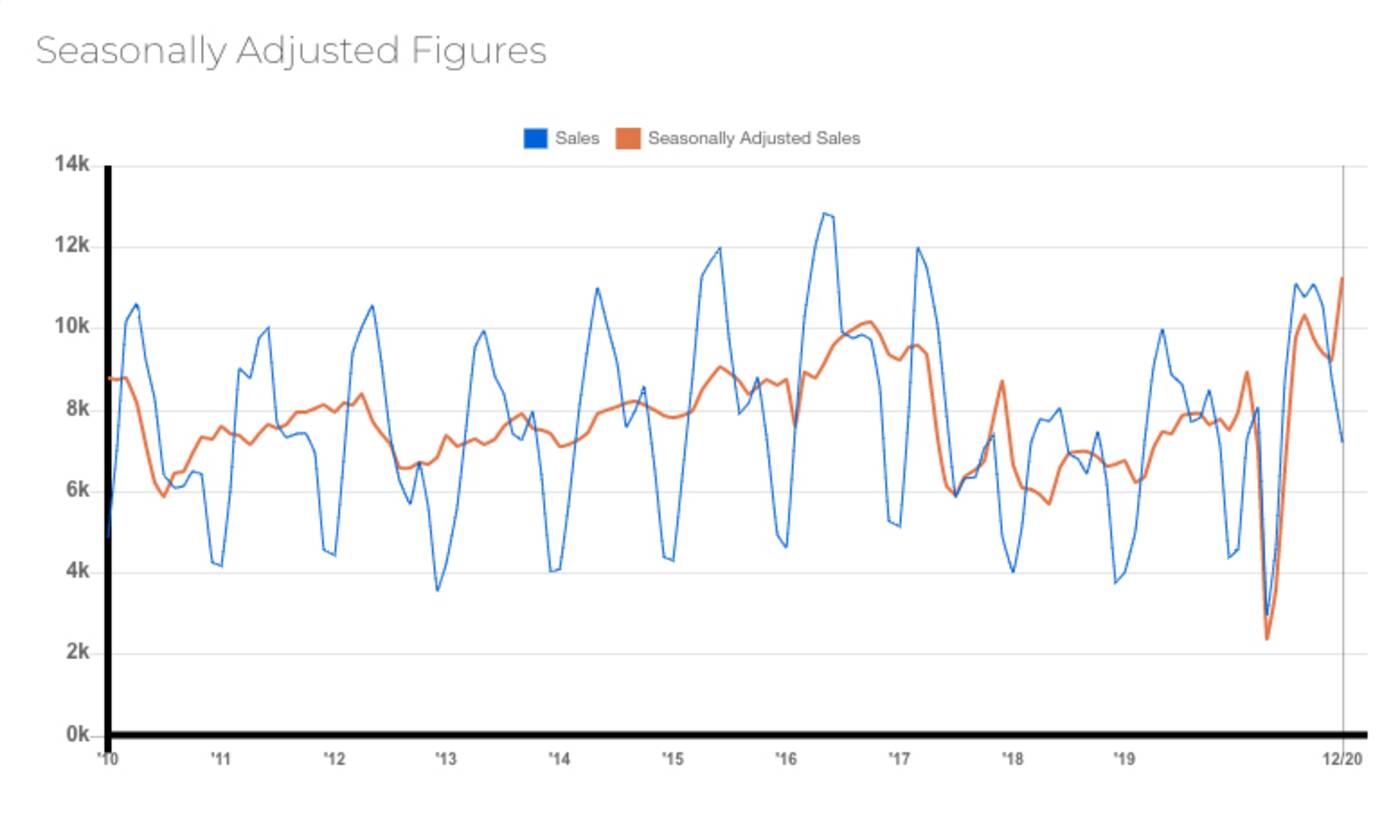 Toronto's real estate market ended out 2020 on a highter-than-ever note after a marked dip in sales at the beginning of the pandemic. Image via TRREB.

On the whole, home sales were plentiful in 2020 — particularly during the second half of the year, following sharp, pandemic-related dips in March and April.

A whopping 95,151 sales were reported by GTA realtors throughout 2020, up by 8.4 per cent compared to 2019, marking the third-highest volume of sales in one year ever on record.

Detached home sales posted the biggest gains for both prices and sales numbers across the entire GTA, while condo sales actually fell by 5.5 per cent. Image via TRREB.

"While the housing market as a whole recovered strongly in 2020, there was a dichotomy between the single-family market segments and the condominium apartment segment," said TRREB's Chief Market Analyst, Jason Mercer, of the results.

Looking forward, TRREB CEO John DiMichele said that the next 12 months will be "critical as we chart our path through recovery. In particular, the impact of resumption in immigration and the re-opening of the economy will be key."