It's getting harder and harder to justify the mere existence of a commercial building less than 60 storeys high in some parts of downtown Toronto, particularly the industry-dense and tourist-heavy Entertainment District.

From Crocodile Rock to the Second City training centre to Yuk Yuk's and any number of historic buildings in the King West area, buildings on the shorter side are being wiped out, one by one, to make way for soaring skyscrapers.

The latest to hit the chopping block? A nine-storey office building at 277 Wellington Street West, just a stone's throw from the old Wayne Gretzky's and former home to the recently-shuttered Cora's restaurant. 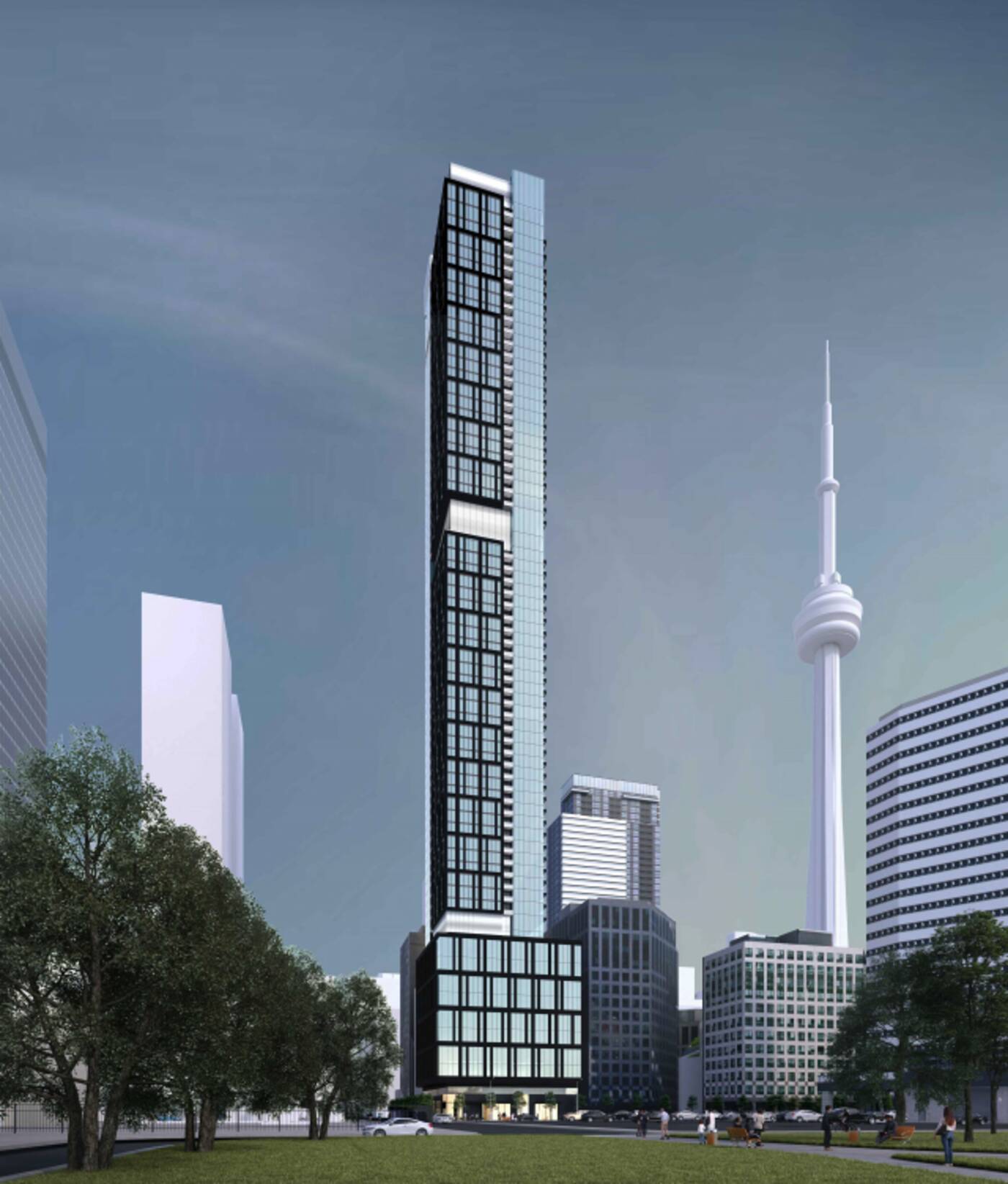 A development application submitted to the City of Toronto over the holidays seeks to "facilitate redevelopment" of the site at 277 Wellington Street West with a "new 66-storey mixed use building."

The existing glass and steel structure, located at the corner of Blue Jays Way and Wellington, contains about eight floors of office space with a large, recently-vacated restaurant (Cora's) at ground level.

The restaurant's former owner, David Bagley, told blogTO last month that he was forced to close his outpost of the Montreal-based breakfast chain due to the impacts of COVID and a rent hike that saw his leasing costs soar from $14,000 to $24,000 per month. 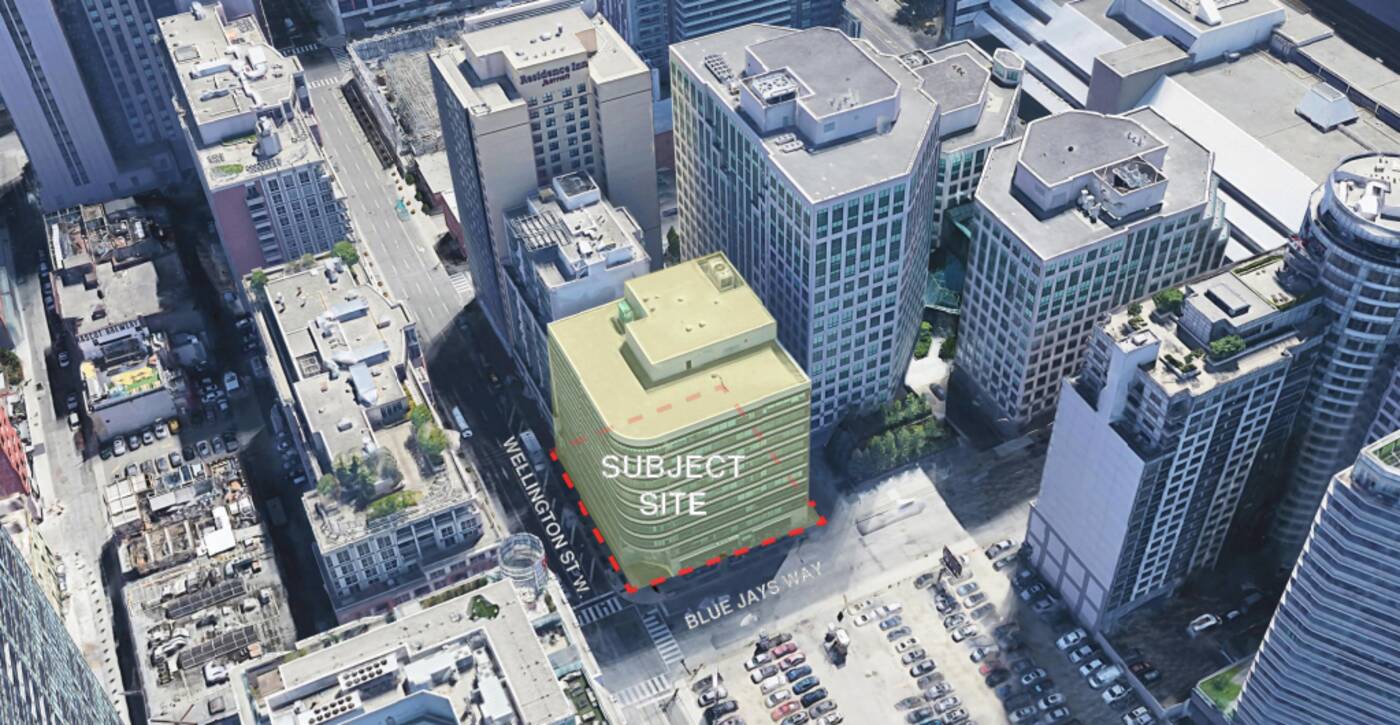 The existing building is one of many shorter structures that have been targeted for demolition in Toronto's downtown core recently. Image via IBI Group Architects/City of Toronto.

While Cora's might have theoretically been allowed to stay on as the new building's anchor tenant, business wouldn't be able to carry on as usual: Developers want to completely demolish the structure as it exists now.

"The Proposed Development consists of demolition of the existing 9-storey office building and construction of a new 66-storey (232.30 metre) residential and commercial mixed-use building with one retail unit at grade," reads a planning justification report prepared on behalf of The RW Commercial Properties Corporation.

In its place, RW proposes "a true mixed-use development" with a nine-storey podium reserved for office use, topped with a 57-storey tower containing some 645 residential units. 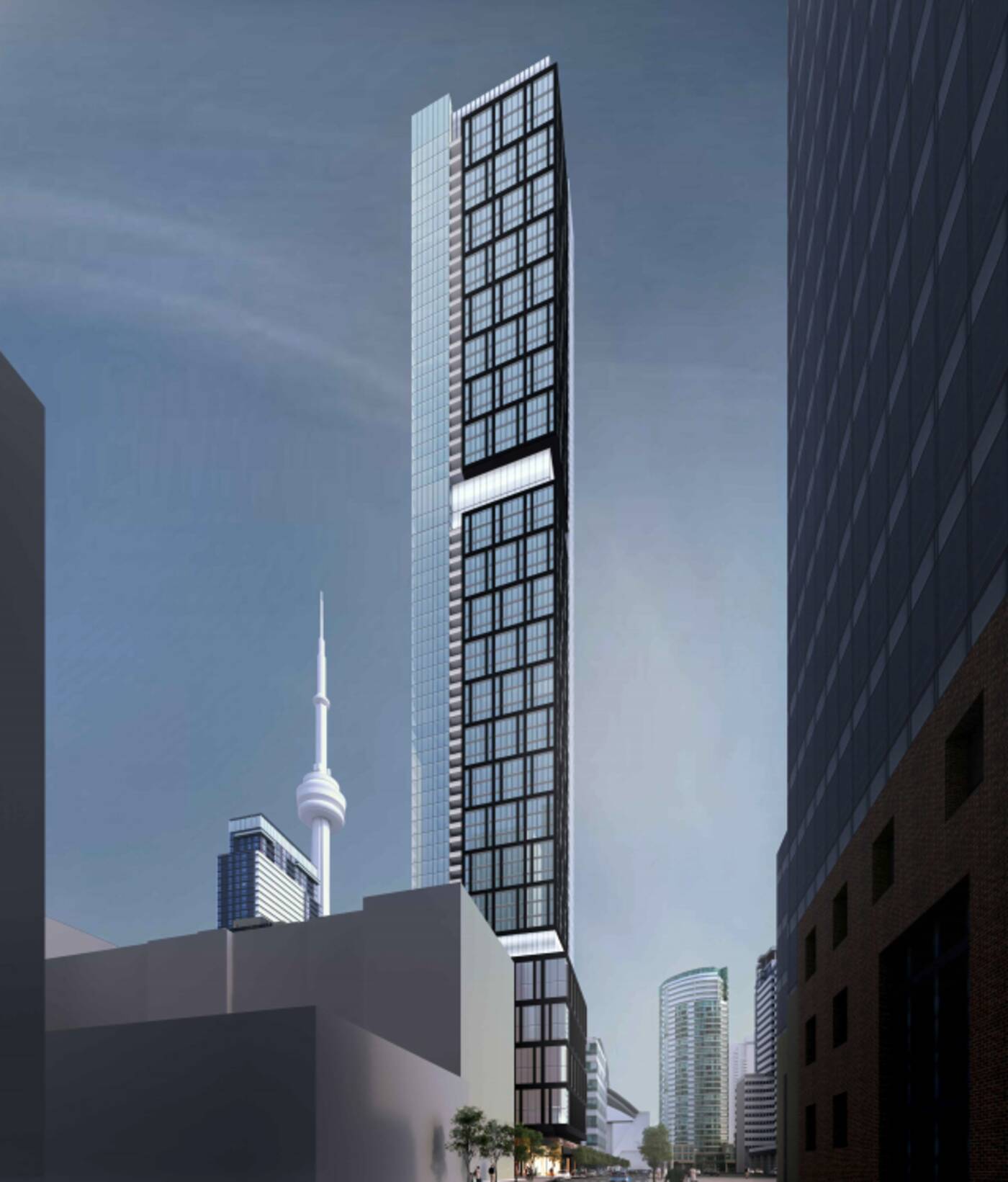 The proposed development at 277 Wellington Street West would rise a staggering 232 metres in the air.  Image via IBI Group Architects/City of Toronto.

Tall and slender, the tower as proposed will include two floors of amenity for residents on the 41st and 42nd storeys, as well as separate lobbies and elevators for office and residential use.

"The Proposed Development provides for the intensification of an under-utilized site with an opportunity to contribute to a range and mix of market-based housing options," say developers, and "upgrade existing office space through replacement floor area, and improve the public realm, supporting existing and planned active transportation and transit infrastructure."