Another day, another local institution put on the chopping block for condo developers to execute — only this time, it's not one building we'd be losing, but three buildings containing multiple local businesses between them.

The cluster of properties between 216 and 226 Richmond St. W. are being marketed as a "redevelopment opportunity" in the heart of Toronto's Entertainment District.

The properties, listed on MLS as of late October for just $1, are currently home to Yuk Yuk's, the acclaimed sushi restaurant JaBistro, and a commercial building containing a portion of the Underground Dance Centre.

Each of the latter two properties are billed as "condo development site[s] for sale," while the Yuk Yuk's building at 224 Richmond St. W. — which also houses several studios used by the adjoining dance centre — can be leased as a "boutique building office space" for $29.50 per square foot.

"The Yuk Yuk's building is being sold along with the neighbouring buildings," he said by email. "It would be for a future condo (most likely)." 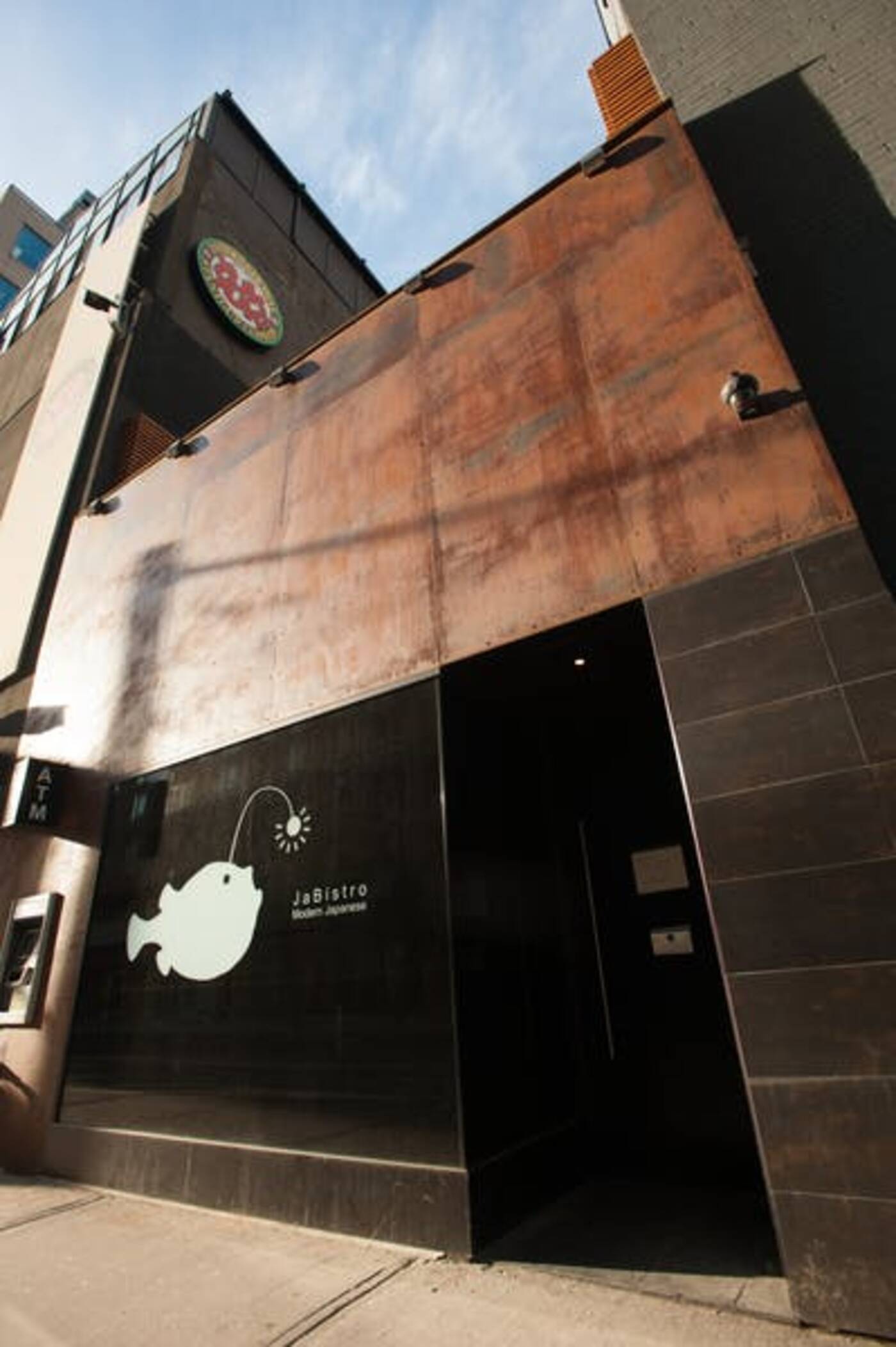 The building containing one of Toronto's best sushi restaurants may be for sale, but it would be years before they'd be forced to relocate on account of construction. Photo via JaBistro.

No actual prices are included with the listings. Instead, a brochure states that "interested parties will be invited to submit a Letter of Intent" with their offer.

This, plus the site's prime location and size (10,162 square feet) suggests it's worth a pretty penny.

"With intensification being encouraged by the City along major transportation nodes and routes, buildings upwards of 40 stories are not unusual. The subject properties are surrounded in all directions by recently completed and ongoing redevelopment." 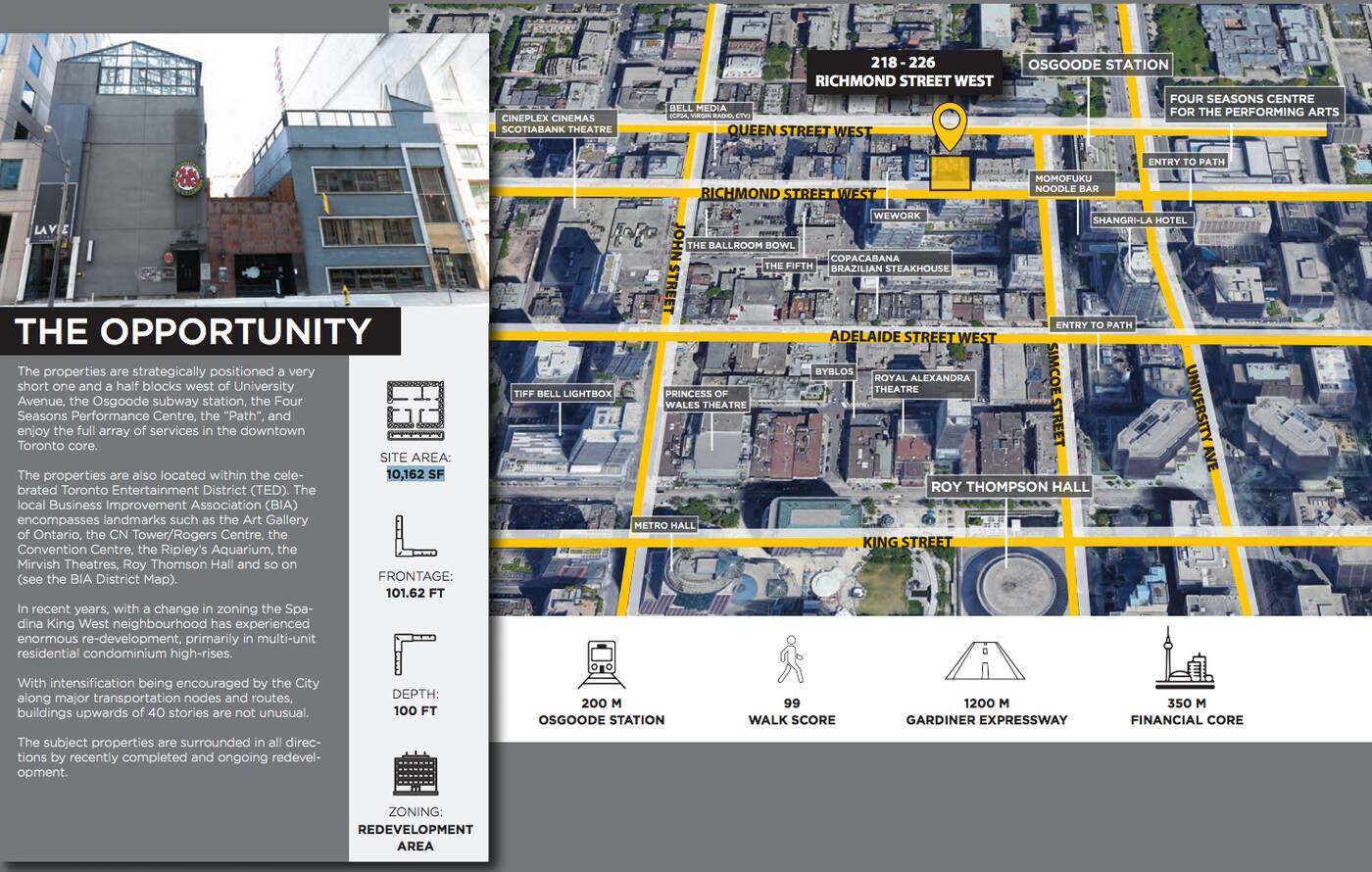 When asked about the listing, Underground Dance Centre owner Aaron Libfeld told blogTO: "We have long-term leases in place with the landlords. If the buildings are sold, we look forward to working with whoever the new owners may be."

Yuk Yuk's and JaBistro have yet to respond to a request for comment, but their spaces going up for sale doesn't mean any of these businesses are finished.

Should developers decide to build a mixed-use building, they could very well keep its current tenants at the base level.

There's also no guarantee that the row of buildings will be sold — and, even they're scooped up tomorrow, it would take years before someone could get approval to develop anything on the site, let alone before shovels are in the ground.

May the laughs live on until then, and may whatever eventually replaces the property be anything but another basic, glass-paned condo tower.