Three prominent 20th century heritage buildings in the heart of Toronto's Entertainment District will soon serve as the collective base of a massive new mixed-use development with room for more than 900 residents and some 6,000 office workers.

That is, if the city approves the new supertall skyscraper as planned.

Dream Office REIT and Humbold Properties just unveiled what will surely become one of Toronto's most highly-anticipated new mega-developments in the coming years: "212 King Street West." 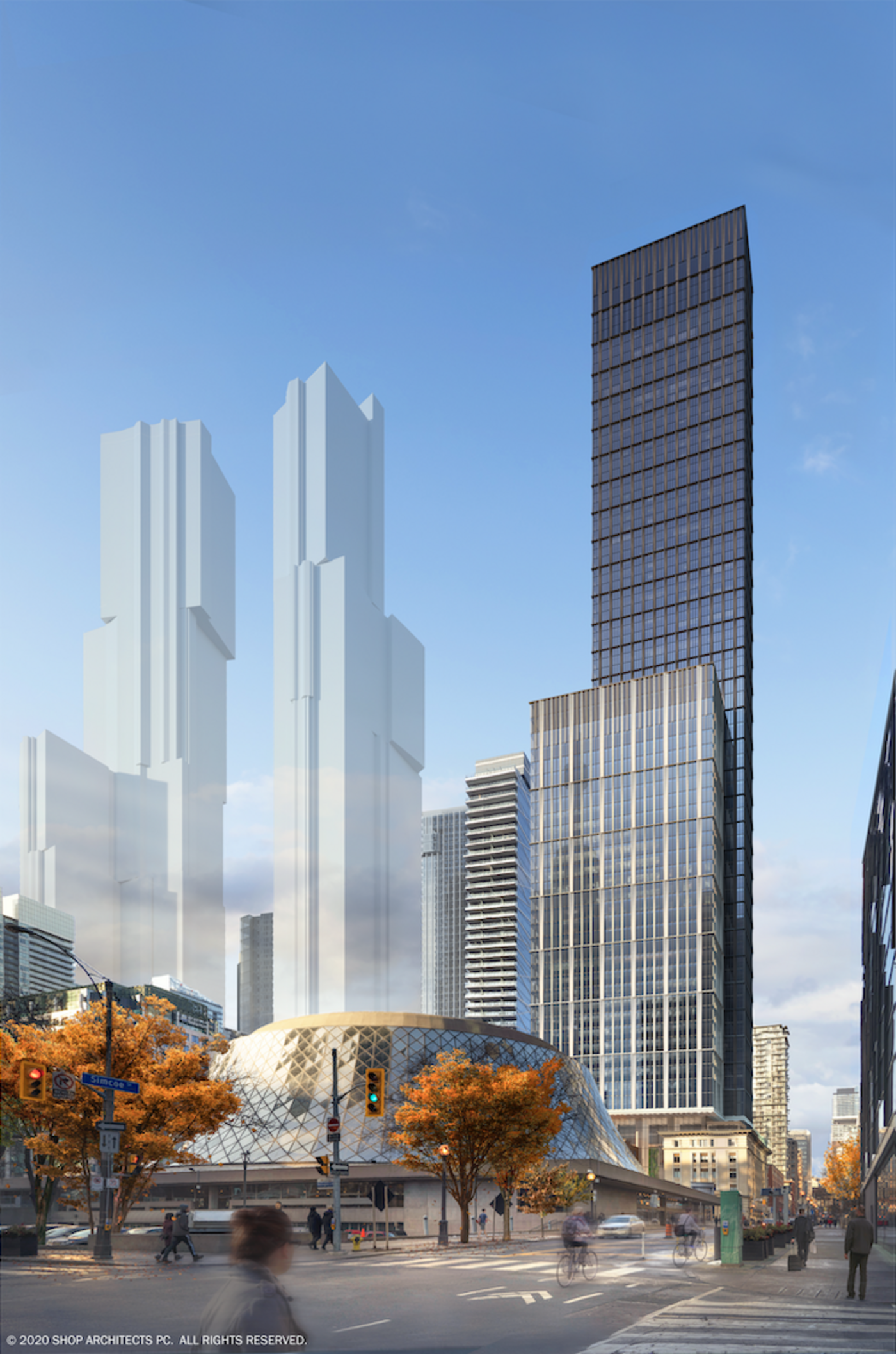 The soaring new megatower is slated for the northwest corner of King and Simcoe Streets. Image via Dream Office REIT and Humbold Properties.

Named after one of the three addresses it will be taking over, 212 King will located directly across from the iconic Roy Thomson Hall at King and Simcoe, where you can currently find such ground-level businesses as Elephant & Castle, Coffee Oysters Champagne, Lee Chen and Il Fornello. 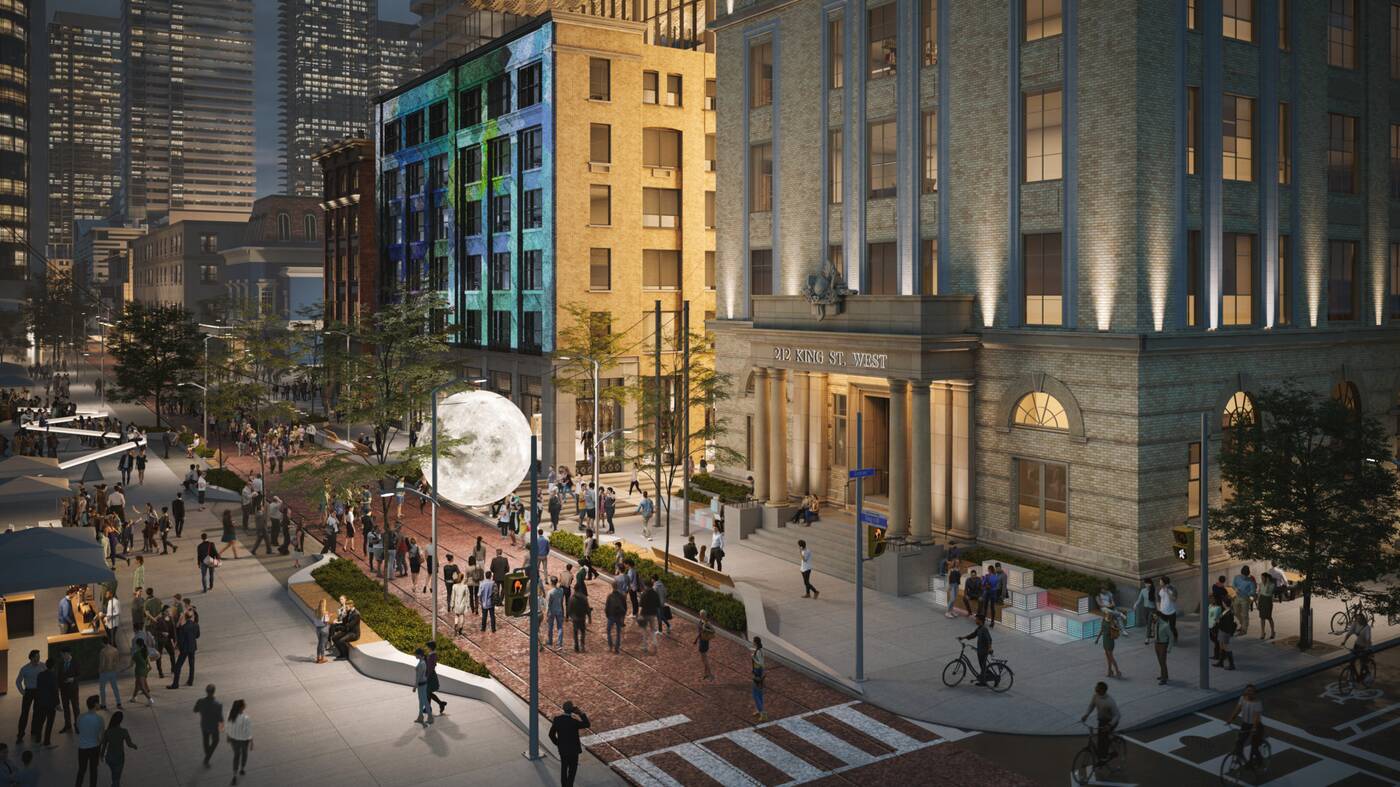 The heritage buildings on King Street will be preserved and used to emphasize the public realm with outdoor cafe spaces and street furniture. Image via Dream Office REIT and Humbold Properties.

Rising 310 metres high, the proposed tower will meet the Council for Tall Buildings and Urban Habitat's criteria as a "supertall" building, making it especially rare and impactful: As of the most-recent count, less than 200 supertalls exist worldwide, zero of them in Canada.

The 79-storey-tall 212 King Street West development would be one of Toronto's first supertalls, along with nearby (and not yet constructed) Mirvish + Gehry towers, The YSL Residences at Yonge and Gerrard, Mizrahi's The One at Yonge and Bloor, and Pinnacle One Yonge. 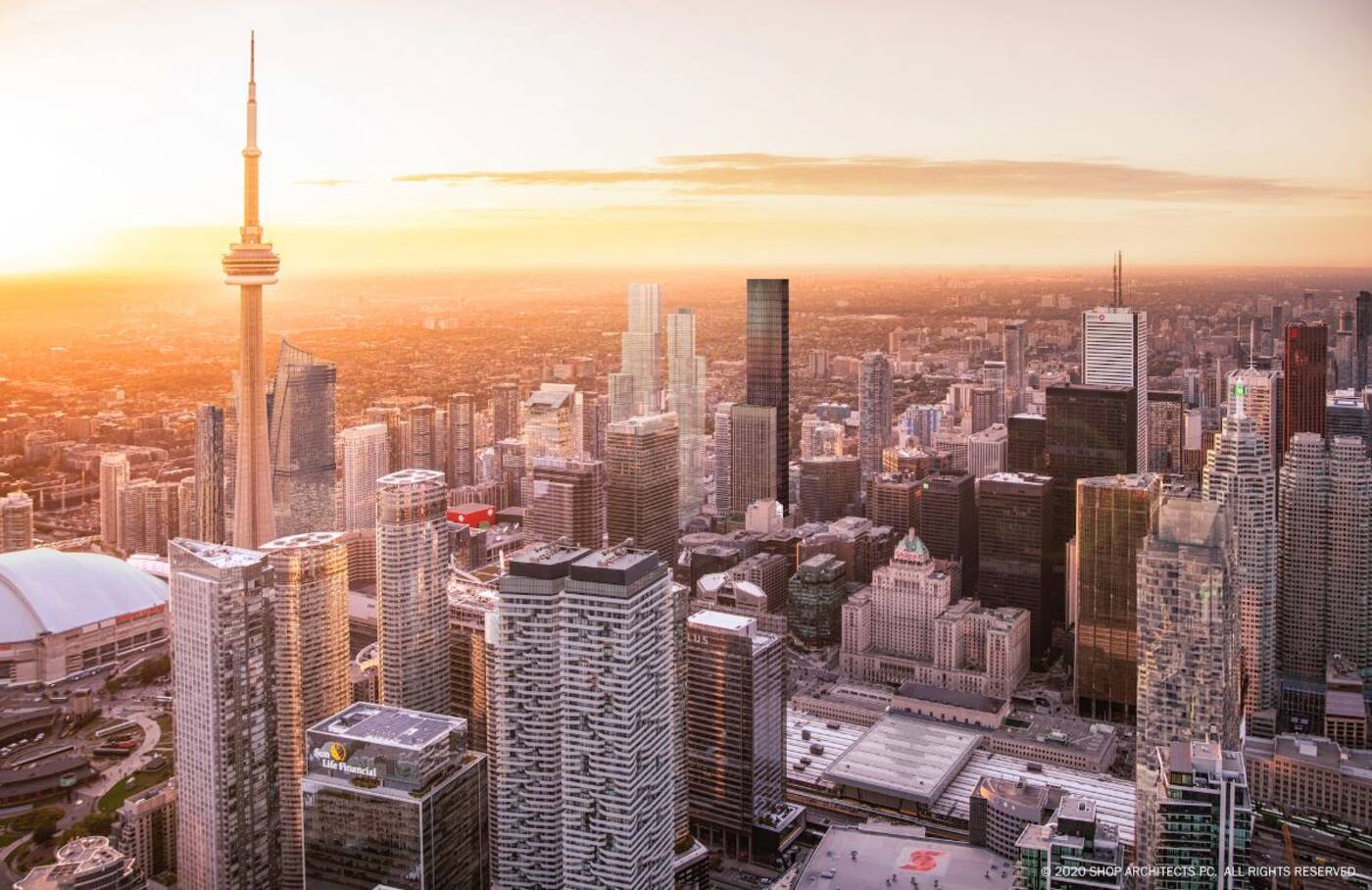 The 212 King Street West development will make a mark on Toronto's skyline as one of the tallest new buildings in Canada's largest city. Image via Dream Office REIT and Humbold Properties.

"Drawing inspiration from the history, materiality and character of the existing buildings, the development and design aims to prove that a sensitive, civic-minded approach to skyscraper design is possible," reads a release announcing the project.

"When it came to the existing heritage buildings along King Street, the goal was to be respectful and celebratory, skillfully interlocking the residential and commercial floorplates in a way that sparks a dialogue between the historical and contemporary components of the project." 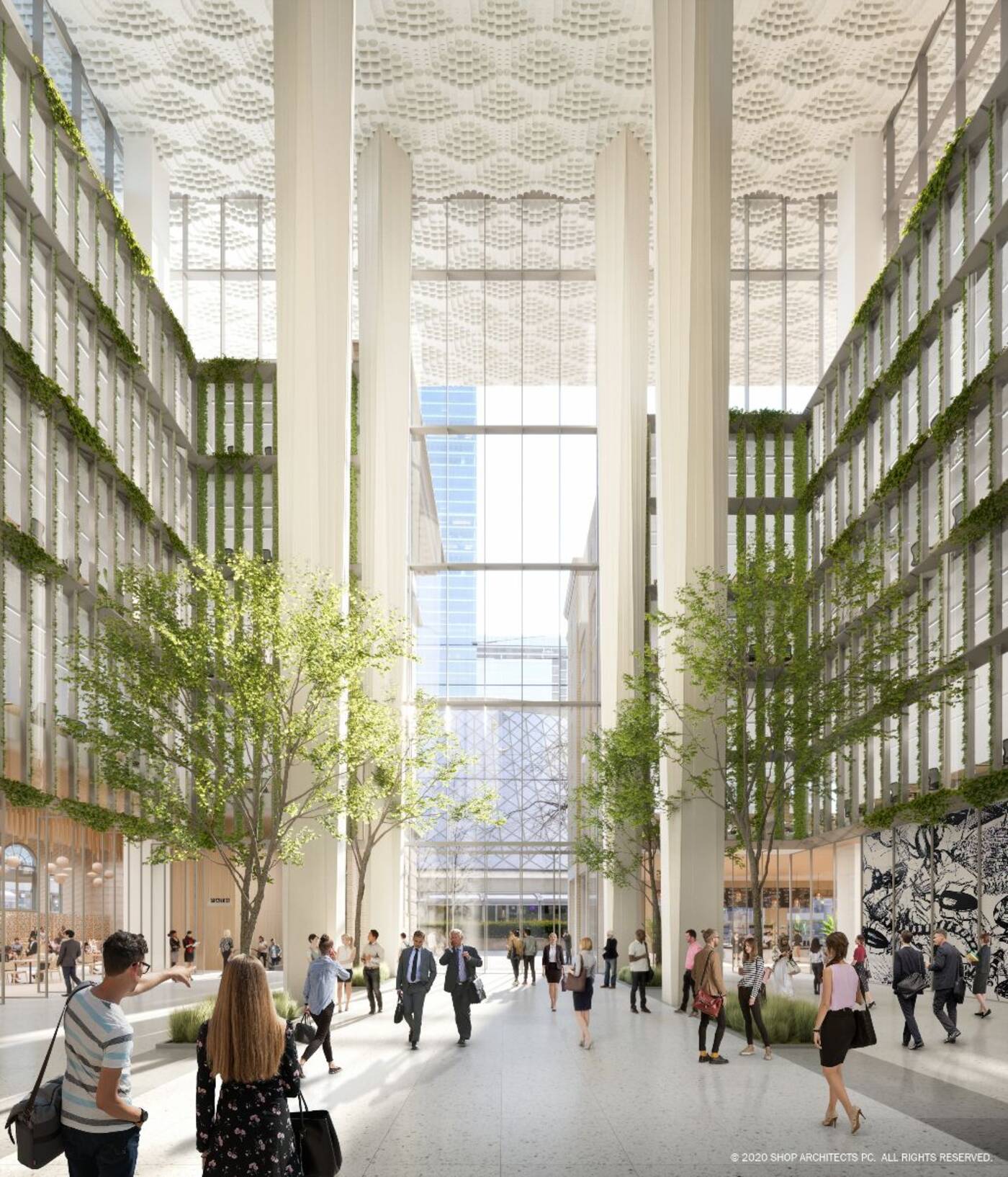 A new atrium and office lobby will help maintain and enhance the presence of the three hertiage buildings along King Street. Dream Office REIT and Humbold Properties.

New York-based SHoP Architects and Canadian firm Adamson Architects have been selected to design the complex, which will feature some 588 rental units, over 10,000 sq.ft. of "high-quality retail" and 660,000 sq. ft. of office space when all is said and done.

It will also boast what's described as "a civic-scaled atrium that doubles as the office lobby welcomes the public in, creating visual connections to the aforementioned Roy Thomson Hall."

The atrium will connect to the underground PATH network and be available for special events, as will two "heritage rooftop spaces," accessible only by dedicated express elevators, that promise "sweeping views of vibrant downtown life."