Toronto's Frank Gehry condo towers will be even taller than expected

One of the most anticipated new developments in Toronto this decade is once again shifting shape before shovels even hit the ground, and, unlike most revised design proposals, this one is actually adds some height.

Newly modified plans for the David Mirvish- and Great Gulf-backed, Frank Gehry-designed skyscraper duo (and one time trio) coming to Toronto's entertainment district reveal that the entire marquee development will classify as "supertall" once built. 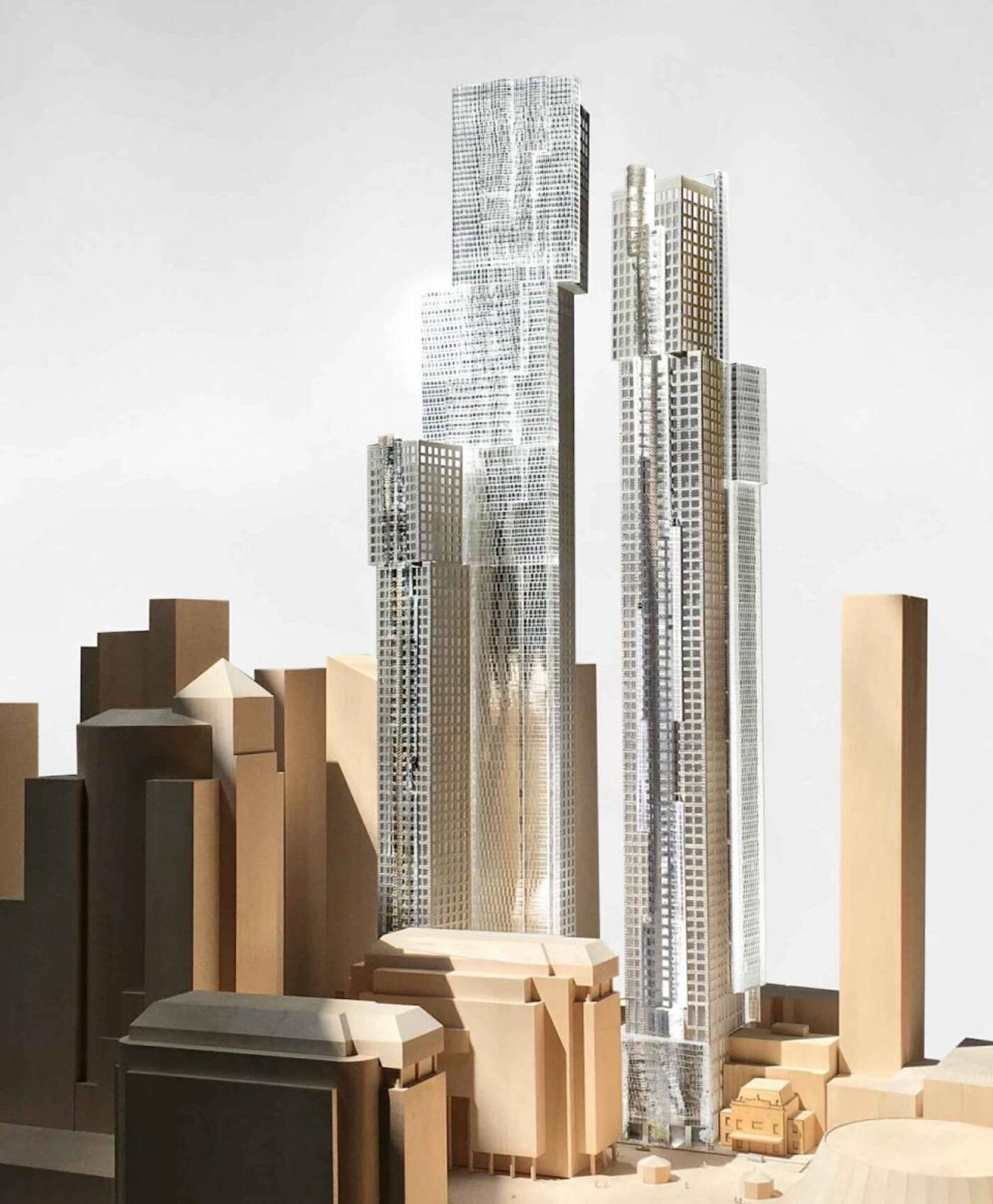 The new mixed-use residential towers will be built atop the Royal Alexandra Theatre and the Princess of Wales Theatre on King Street West in Toronto. Image via City of Toronto.

Buildings must be at least 300 metres high to be considered supertall, according to the international Council for Tall Buildings and Urban Habitat, and only 91 of them exist in the world right now.

Zero of those supertalls are in Canada. The One, which is now under construction at Yonge and Bloor, will be the country's first, but at least two more are on the way.

At new proposed heights of 301.55 metres and 329 metres high, respectively, the east and west Mirvish + Gehry towers will now both be supertall buildings, though they'll actually have less floors overall.

What used to be 82 and 92 storey buildings will now be just 81 and 91 storeys high, but with taller floors, suggesting "the developer is anticipating a demand for higher ceilings in what will be considered luxury suites." 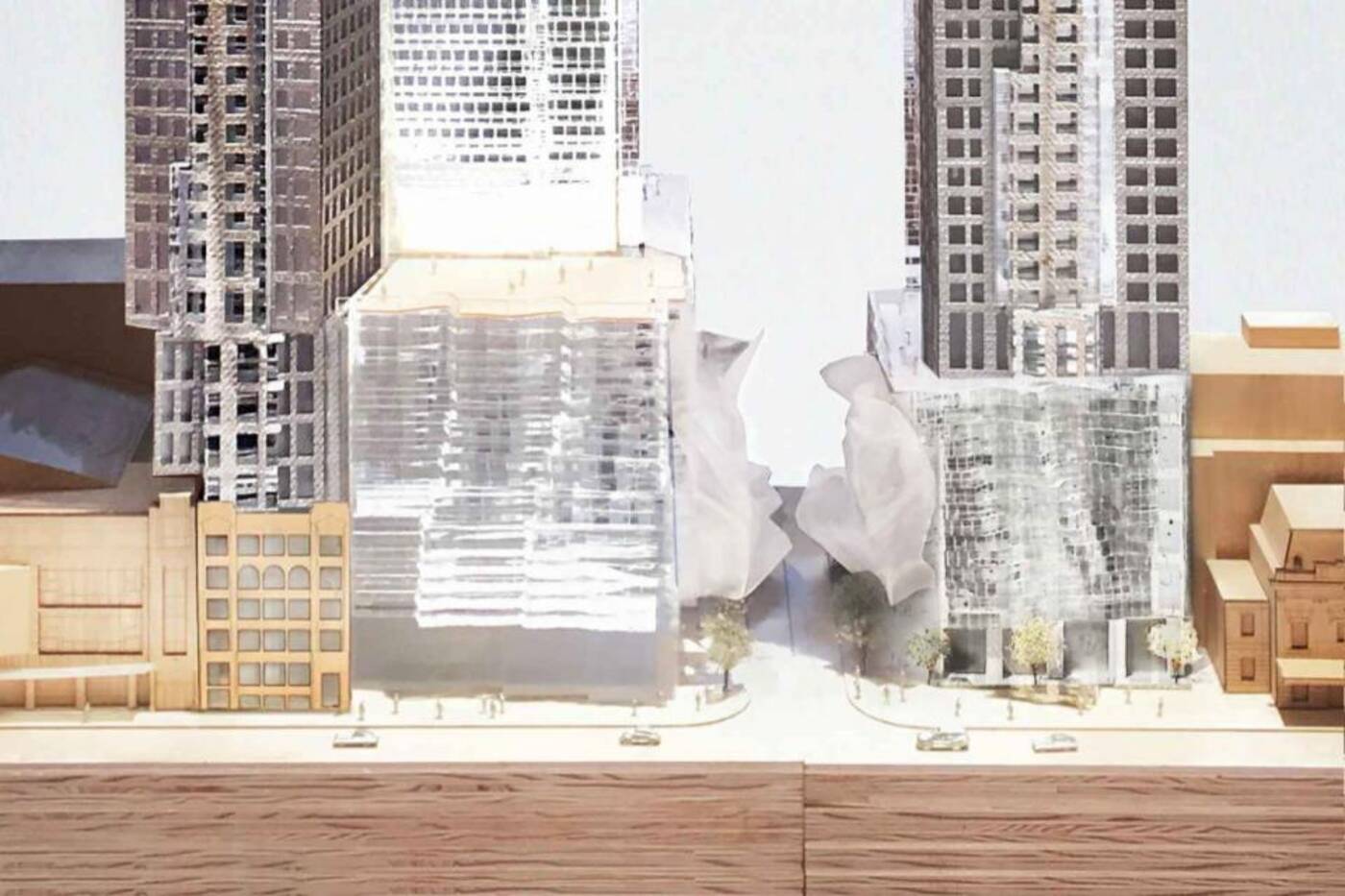 At least two floors in the development's east tower will house facilities for the nearby OCAD University. Image via City of Toronto.

Also cool are new renderings that show billowy-looking "canopies" protruding out from both tower podiums and over much of Duncan Street.

The features are meant not only to add visual interest to the space, but to protect those beneath them from inclement weather.

Architectural plans show that much of the building will still be used for residential purposes, as well as already planned OCAD facilities and retail units. A hotel element has been added to the fourth, fifth, sixth, tenth floors and 91st floors of the west building this time around, though few details are given about what kind of hotel it will be.

Either way, Toronto will have the tallest Gehry-designed towers in the world... eventually.