This is what's replacing Wayne Gretzky's restaurant in Toronto

News that Wayne Gretzky's restaurant and The Second City would be forced out of their current home at 99 Blue Jays Way was announced last summer, and now we know what's likely to replace the two iconic establishments.

While it was already made clear that a condo tower would eventually be built in the old building's place, a new proposal for a 47-storey building has been submitted to the city by developer CentreCourt for Site Plan Approval.

The proposal includes details for a 155.5 metre-high tower, designed by IBI Group, that matches the warehouse-style of many surrounding buildings that predated the area's condo boom, according to Urban Toronto.

Rendering of the 47-storey tower

The design calls for a mid-rise podium covered in black and red bricks, while the exterior of the tower itself will feature a combination of more modern surfaces inlcuding clear and coloured glazing, either metal, precast, or porcelain tile, and white metal panels.

The tower will be primarily dedicated to residential space, with 539 condominium units to include a mix of 81 studios, 346 one-bedrooms, 58 two-bedrooms, and 54 three-bedrooms.

The remaining 1.6 per cent of the gross floor area will be reserved for ground-floor retail space. 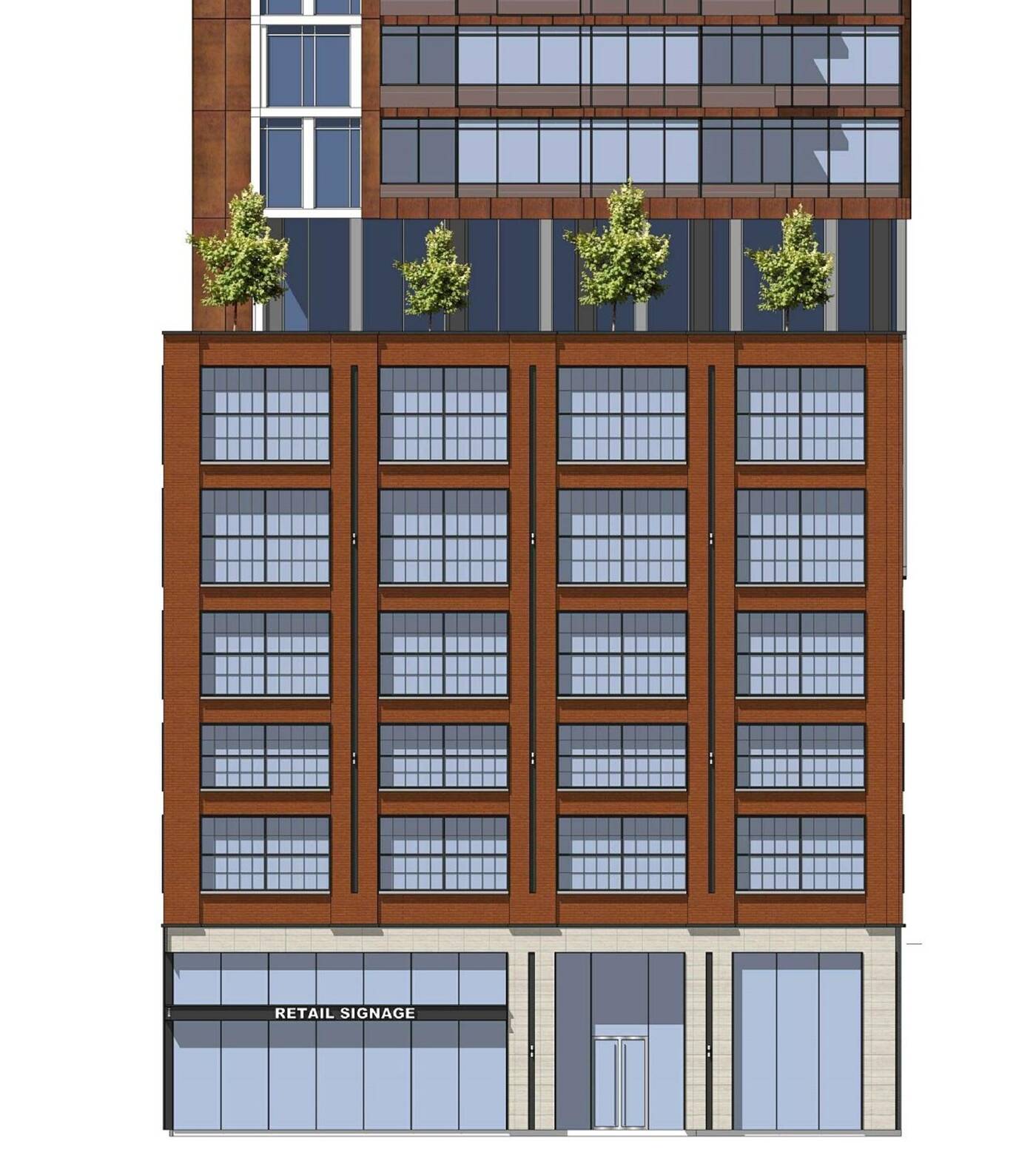 Rendering of the ground-floor retail space and mid-rise podium

While the exact construction date for the new development is still unknown, The Second City recently announced they'd be leaving the building and moving into their new home at One York street in November 2020.