Here's what the latest skyscraper coming to downtown Toronto looks like

A new 59-storey tower has been proposed for Yonge Street, just south of Wellesley Street.

Developer KingSett Capital submitted an application to the city recently for a condo that will jut out of the properties at 510-528 Yonge St. 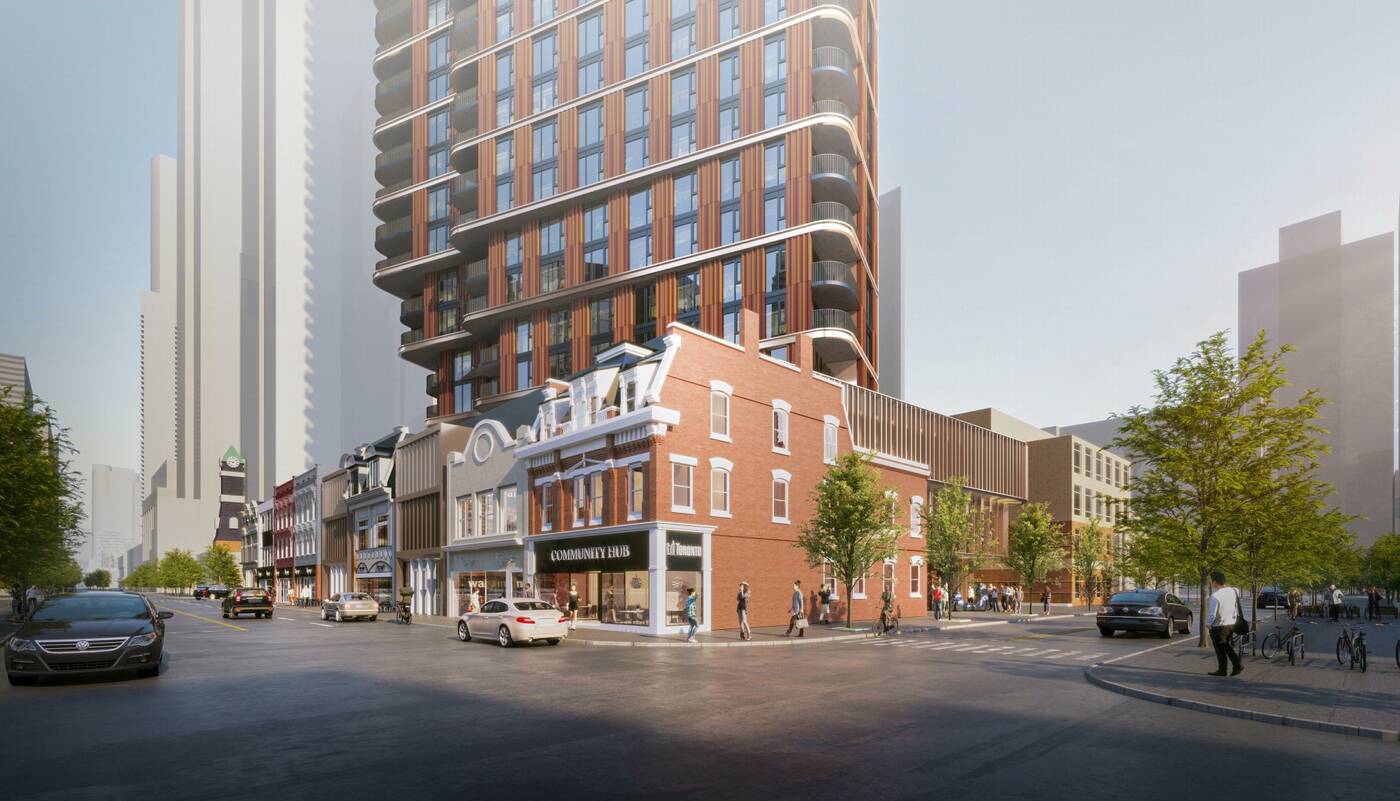 KingSett Capital recently submitted a proposal for a new 59-storey condo. Photo by Quadrangle via City of Toronto development applications.

The proposal encompasses an entire strip of businesses, including what used to be the popular St. Louis at the southwest corner of Yonge and Breadalbane Street, Pokewave and T-Swirl Crepe.

Renderings from architect Quadrangle show a building with a mix of clear glazing and opaque cladding. 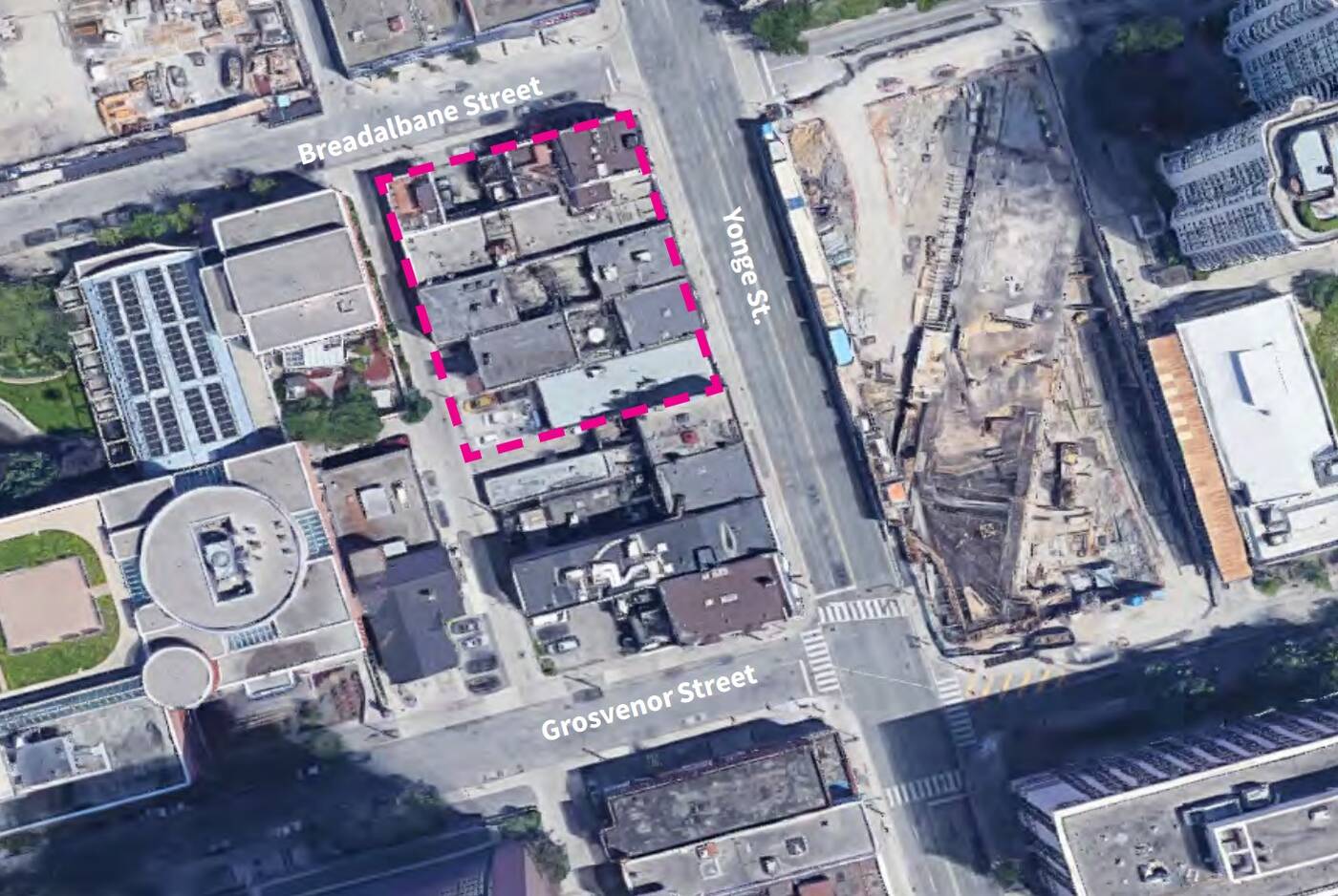 The proposal stretches from Breadalbane Street and encompasses five separate properties. Photo by Quadrangle via City of Toronto development applications.

The height of the building currently looms far above what bylaws allow, but an application to amend the zoning limit is underway.

There will also be nearly 5,000 square feet of retail space in the building. 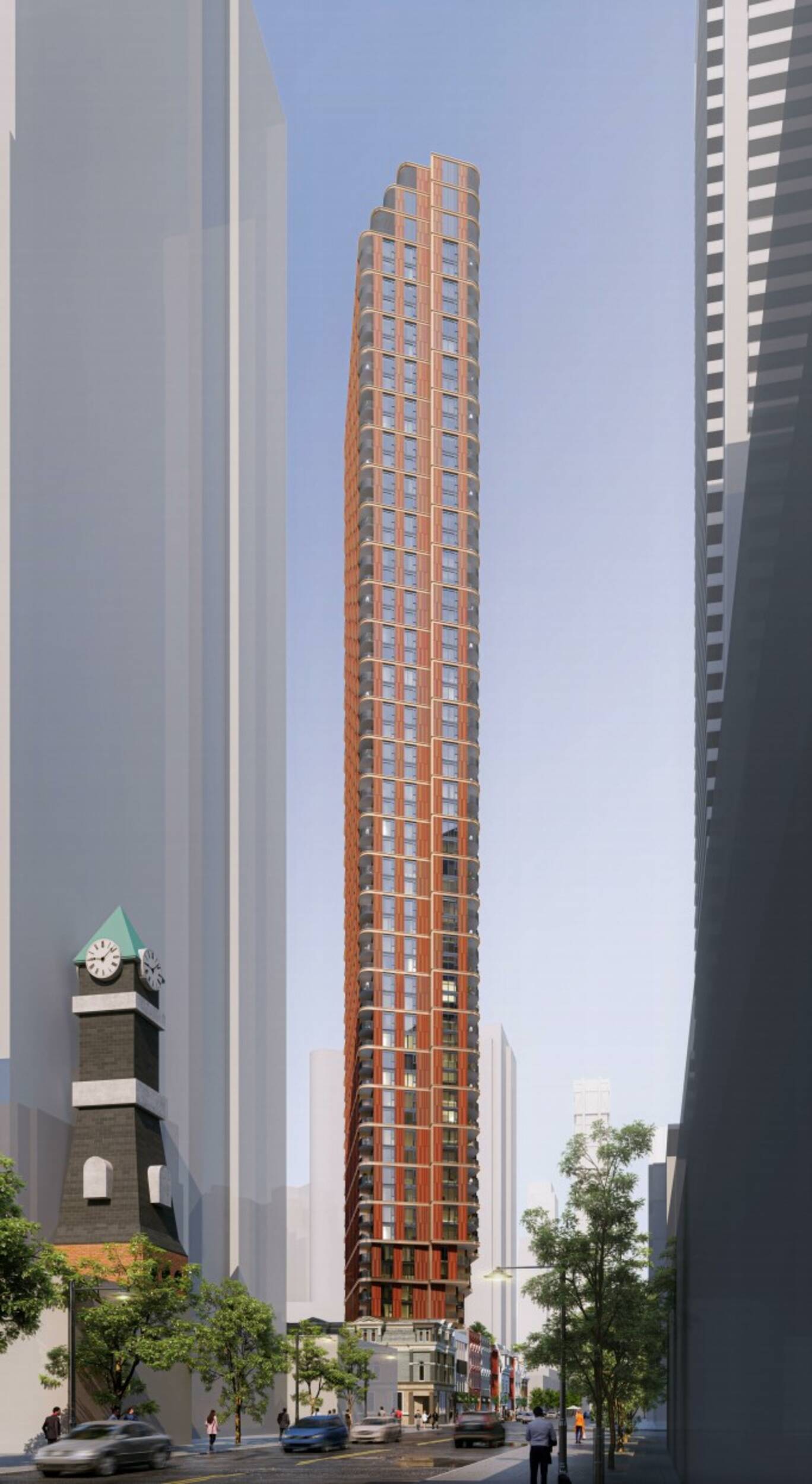 Located south of 510 Yonge St. is another heritage property: the clock tower at 484 Yonge St. Photo by Quadrangle via City of Toronto development applications.

Renderings show a 5,000-square-foot "community hub" slated for the former St. Louis unit, plus a park at 431 Yonge St., which will take over what is currently the KingSett-owned two-storey building that houses the Wild Wing.

There are several heritage buildings — ranging from 116 to 110 years old — included in the 510-528 Yonge Street stretch, meaning KingSett will have to retain them in their final design. 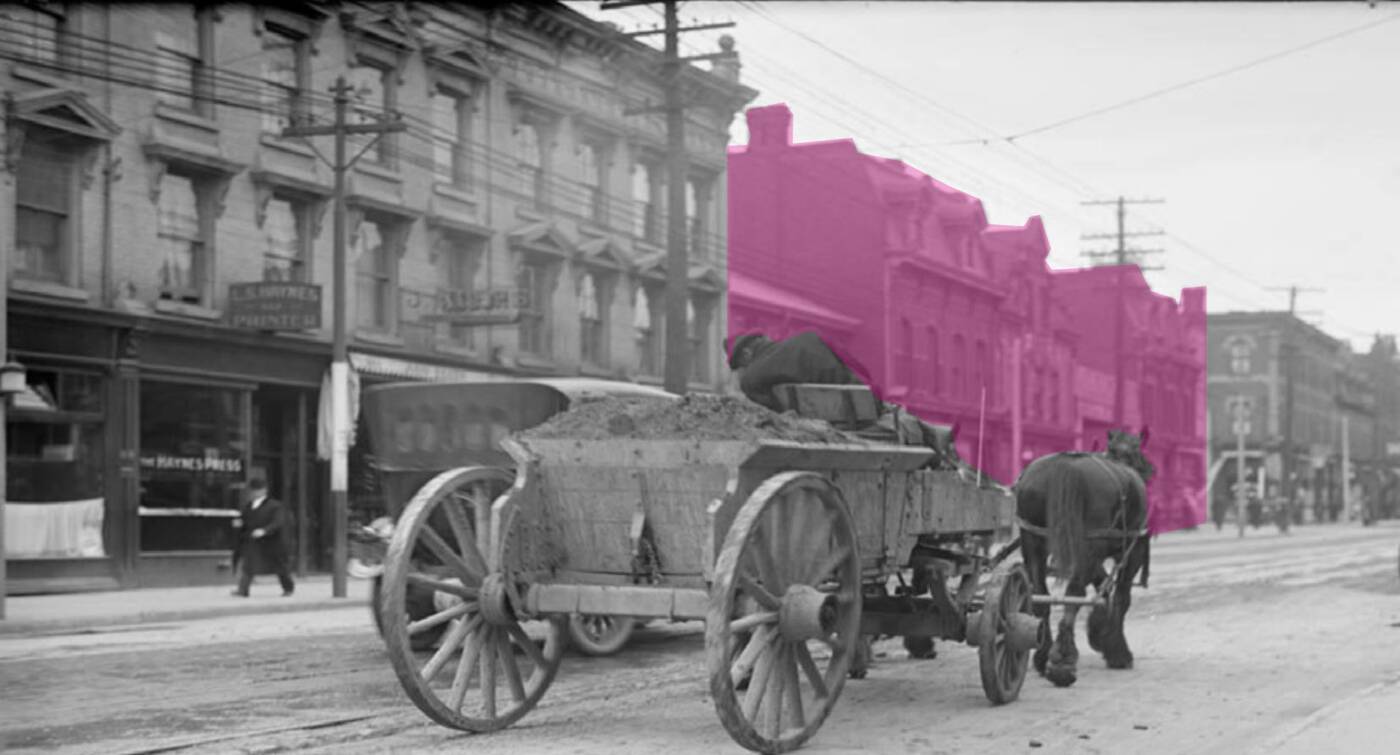 An archival photo of Toronto from 1914 shows the current site for the 510 Yonge Street proposal. Photo via City of Toronto.

Also listed on the Heritage Register but slated to be torn down anyway is a brick, two-storey coach house at 7 Breadalbane St. Built in 1882 for residential purposes, the coach was converted to a two-storey, stucco-clad building sometime in the 1990s.

Since no original features of the coach house remain, it will be demolished as well. 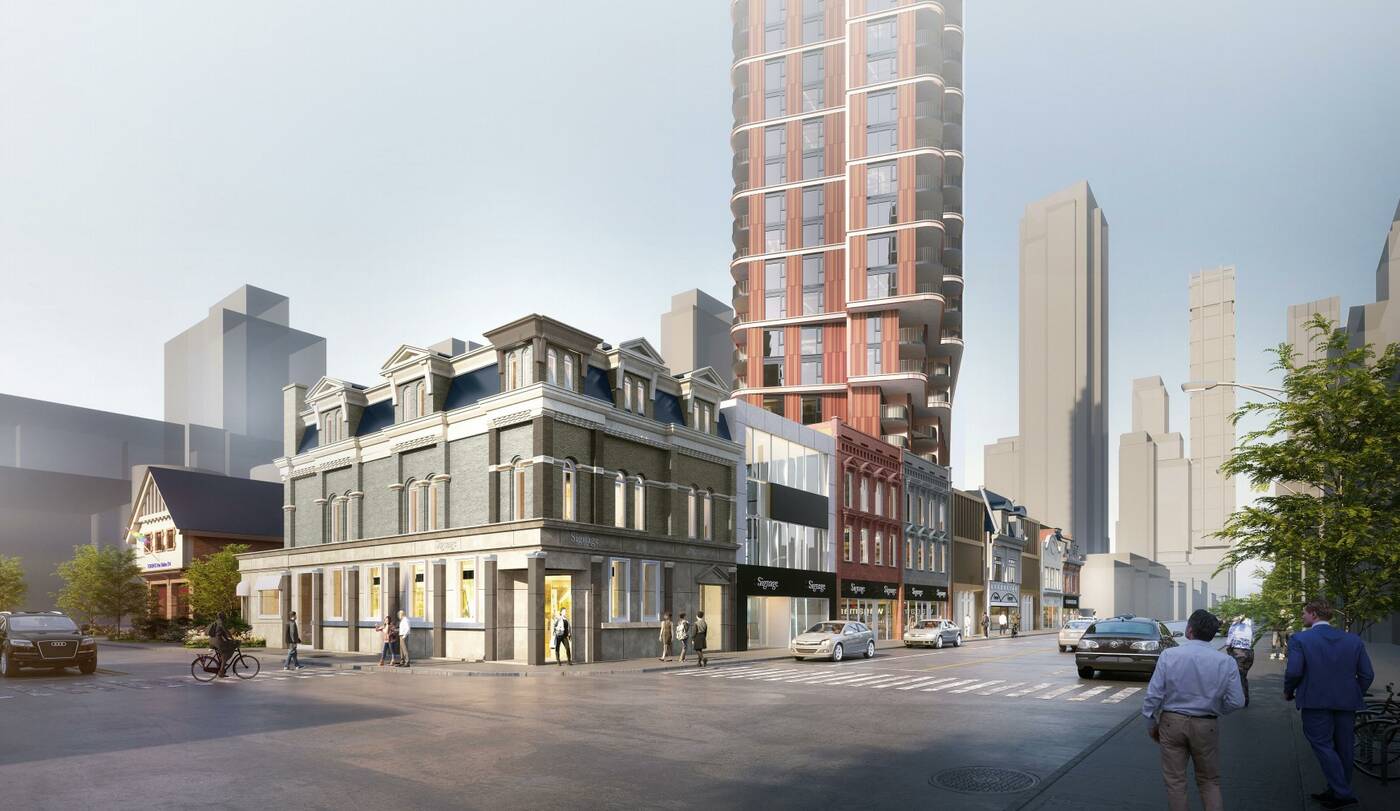 The skyscraper will be predominantly residential, mostly made up of one-bedroom units. Photo by Quadrangle via City of Toronto development applications.

Just south of the slated development is the heritage clock tower at 484 Yonge Street (currently being incorporated into another Quadrangle project), which will also require the new building's designs not to obstruct the view south.

Photo by Quadrangle via City of Toronto development applications.