A proposed 45-storey residential tower planned for the corner of Yonge and Grosvenor could include a restored former fire hall clock tower, if plans released this month come to fruition.

The 484 Yonge Street project, which is being developed to designs by Quadrangle Architects, would extensively alter the west side of the street just north of College. Almost all of the existing structures would be torn down, save for the 144-year-old timepiece that juts bizarrely out the roof of a music store. 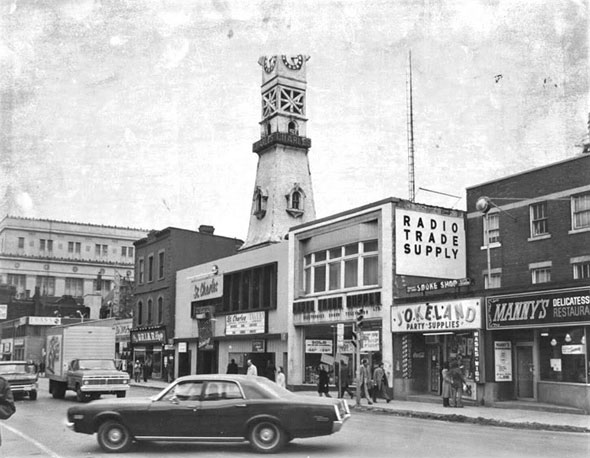 The clock tower dates back to 1870 when it was part of Toronto Fire Hall No. 3. The building stopped housing firefighters in 1929 and was converted into the St. Charles Tavern in 1951. The bar, named after owner Charles H. Hemstead, became a mecca for Toronto's fledgling gay community, hosting bawdy drag shows as early as the 1960s. Its slogan was "meet me under the clock." 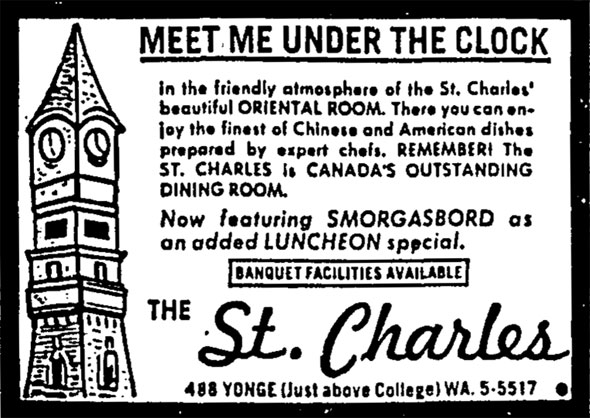 As Alan Parker writes at the Toronto Sun, the St. Charles began to struggle in the 1970s as the local gay scene began to grow. It closed for good in 1981, by which time much of the original fire hall structure had been demolished. 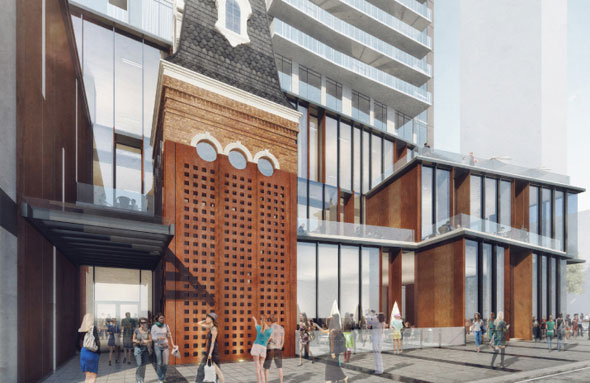 If Quadrangle Architects' plans go ahead, the fire hall tower would be worked into the podium of the new building, though it's not clear how much of the structure remains below roof level. The project would also involve demolishing all of the existing stores at the southwest corner of Yonge and Grosvenor to make way for a public plaza and an entrance for the new tower.

The residential component will be in the region of 153-metres tall and contain 423 residential units, according to the most recent information available on the city's planning site.

What do you think of the plans?