In line with some of the city's other forthcoming developments, which veer away from the high-rise concrete-and-glass architecture that seemed pervasive just a few years ago, the project will be comprised of two buildings — connected by a skybridge — constructed primarily of timber. 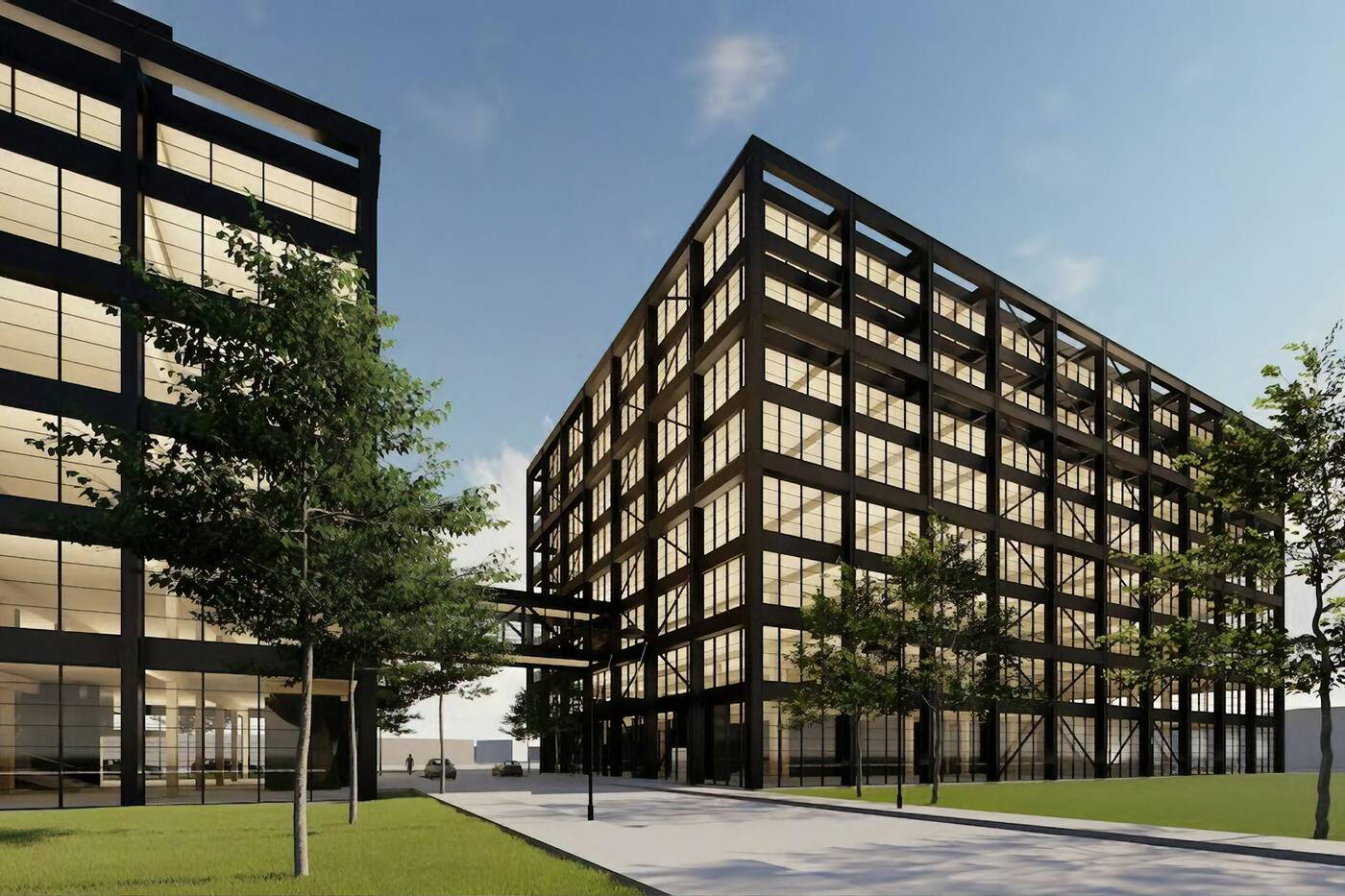 The two mid-rise offices will be connected by a skybridge. Photo by WZMH.

The mid-rise offices, slated for Sterling Road right next to the MOCA, have changed hands since they were first proposed, with U.S. companies Hines and DLR Group now at the helm, alongside Toronto's WZMH Architects.

This is the second construction proposal in Hines's wooden "t3" design that is planned for Toronto. The first is a building due to be a part of the Toronto Waterfront's massive future Bayside community.

The Sterling Road offices will not only have wood as their primary construction material, but will also have it as an integral part of their interior and exterior aesthetics, which will be complete with wood panelling, exposed beams and more. 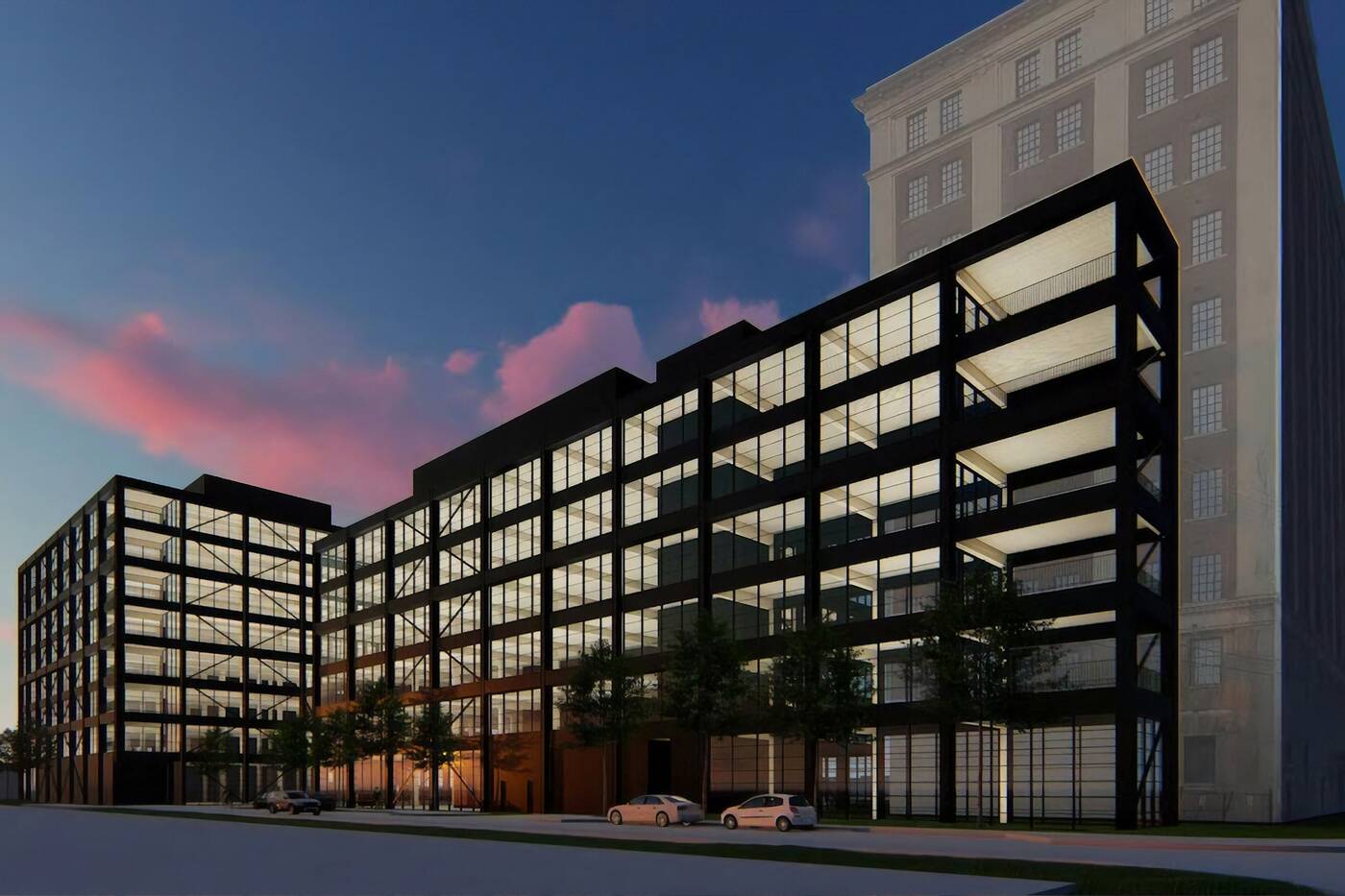 The exteriors will have an industrial warehouse feel. Photo by WZMH.

The buildings will be six and eight storeys tall, respectively, with a dark metal exterior and airy timber interior. Overall, the renderings evoke a sort of elevated (though simplistic) industrial warehouse vibe, which is very fitting for the area.

The development is located amid burgeoning breweries, art galleries, restaurants, and a book publisher in the area that was also famously home to the Banksy exhibit.

There are no commencement or completion dates proposed yet.