Toronto is getting another stunning building made of wood

Timber buildings are becoming increasingly popular across Toronto, with new projects popping out of the woodwork (pun intended) in the past year.

Both George Brown and U of T have announced their own tall timber projects, and Sidewalk Labs has long been touting plans to create a smart city made completely of timber towers.

Now, yet another office building made with timber has been proposed near Lansdowne subway station.

77 WADE, an eight-storey project from developers Next Property Group and Fiera Properties, is being designed by Toronto firm Bogdan Newman Caranci Inc. 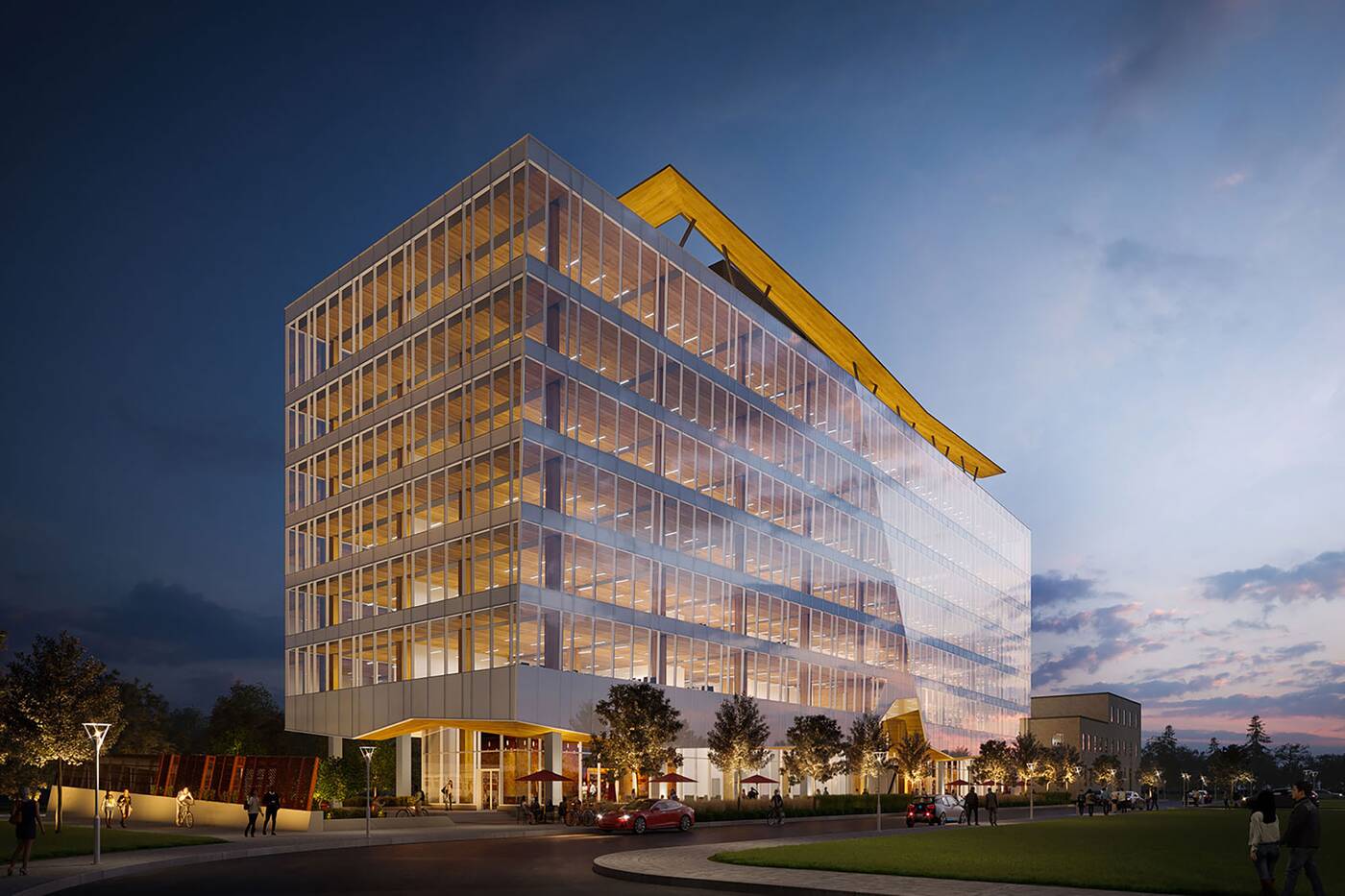 The new mixed-use building 77 WADE is a hybrid building made from a mix of concrete, steel, and timber. Photo via 77 WADE/Klokwerks.

77 WADE is a hybrid building made from a mix of concrete, steel, and nail-laminated timber (NLT), which will be fabricated by Quebec plant Structure Fusion.

It will be the first project to use NLT (as opposed to cross-laminated timber, which are glued together), with exposed ceilings and columns made from lumber stacked and fastened together with nails.

Spanning around 145,000 square feet, the mixed-use office will take over an empty plot of land, and is mostly intended for tenants that work in software development. 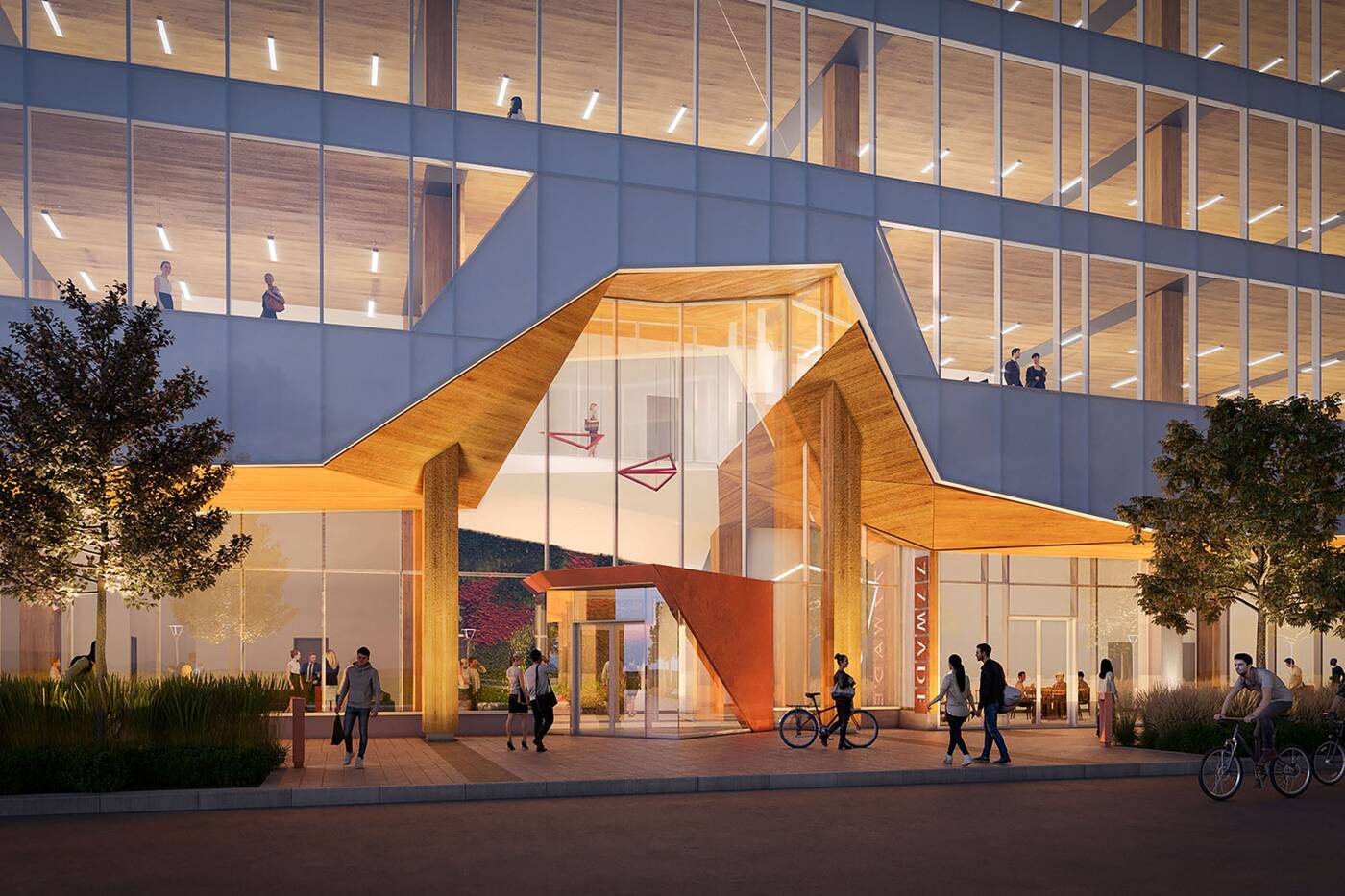 The seven-storey buiding will have retail space at the bottom and offices intended for people working in software development. Photo via 77 WADE/Klokwerks.

Aside from a new outdoor plaza, there will also be a "collaboration space" at street level, and close to 2,400 square feet of retail space.

Aiming for a LEED Gold Certification, the building will feature a wood canopy that covers the roof.

Tenants will have access to 34 parking spots including two electric vehicle charging spaces, and a shed for 120 bikes that features a big green wall.