The silhouette of Canada's top university is about to change in a major way thanks to the addition of an academic tower made (almost) entirely from wood.

Architects working on behalf of the University of Toronto recently applied for a zoning by-law amendment at 100 Devonshire Place, right on top of where the Goldring Centre for High-Performance Sport was built in 2014. 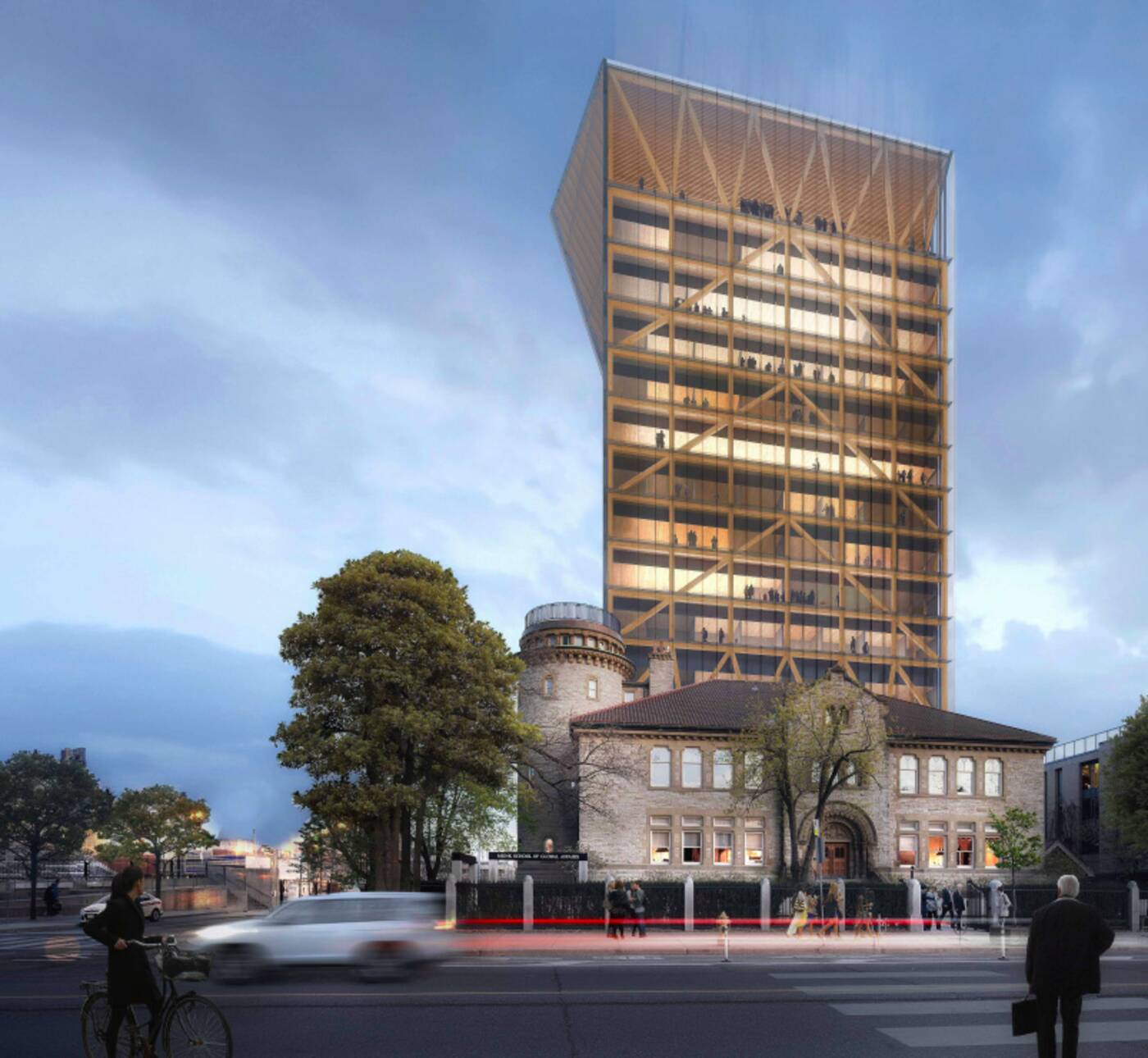 As previously announced, this is where the school plans to build a new academic wood tower — the tallest of its kind in North America at 14 storeys (just slightly taller than George Brown's forthcoming Arbour building along Toronto's waterfront.)

The university submitted its official rezoning application to the City of Toronto late last month and it contains a wealth of new details about the tall timber tower and its construction.

The tower will be visible when entering campus from College street, at least during the colder months. Image via City of Toronto.

A cross-section of the building shows that most floors will be used for academic purposes. The Munk School of Global Affairs and Public Policy will have a mix of classroom and lab space across floors 2 and 3, with offices on the eighth floor.

All other non-mechanical floors will be occupied by the Rotman School of Business, the Faculty of Kinesiology and Physical Education and the Mathematical Finance Program, with two exceptions. 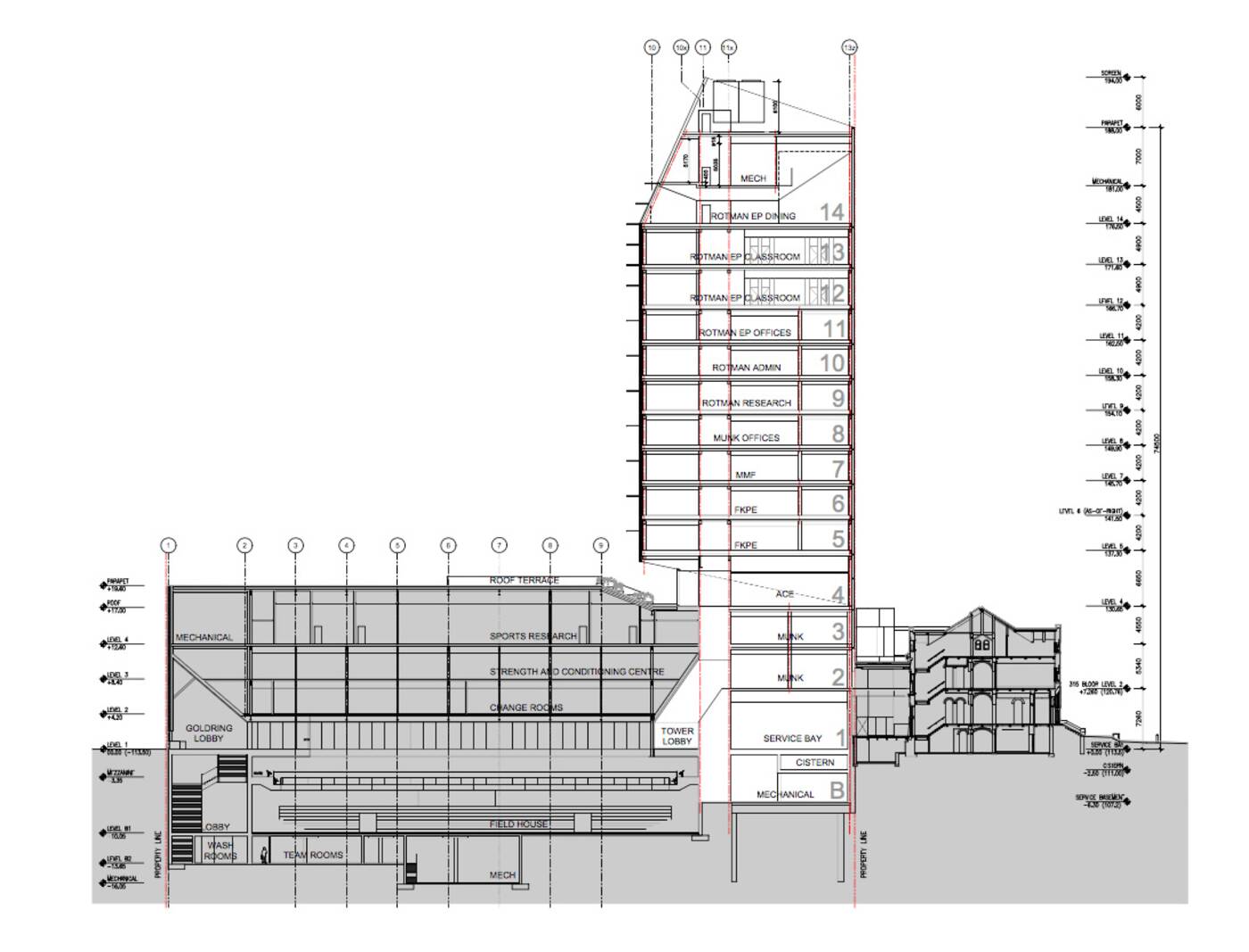 Construction on U of T's wood tower won't start until at least late 2019. Image via City of Toronto.

The fourth floor, designated for academic and recreational events, will have access to an existing green roof above the Goldring Centre. Planning documents say that the new tower will actually increase exposure to this terrace roof, which includes an accessible ramp, soft landscaping, seating and event space.

Also of note is the fourteenth flour, which has 10.9-metre-high ceilings and will serve as both a banquet hall and space for the Rotman Executive program. 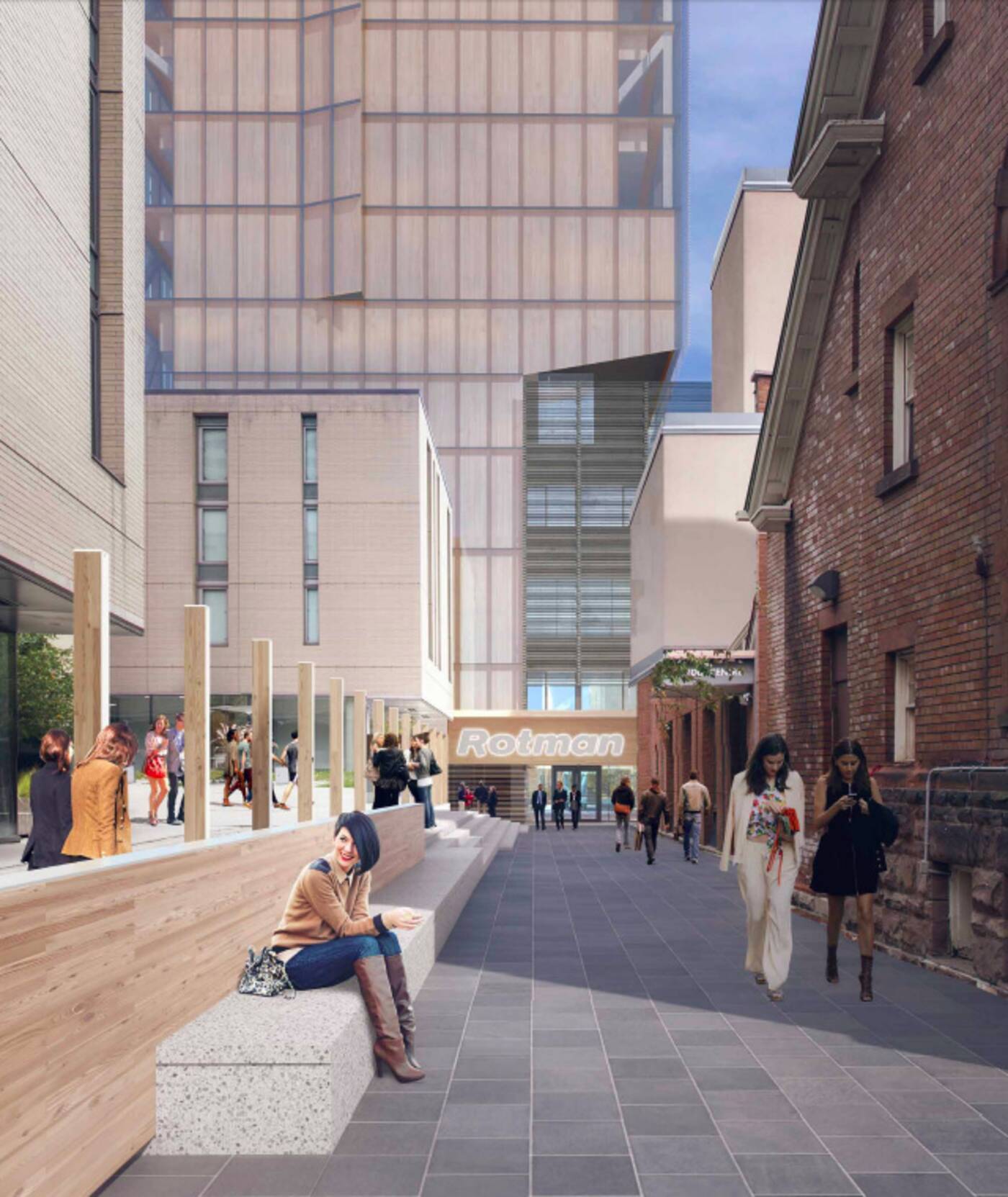 The design and construction of the academic tower is a joint project between U of T, Patkau Architects, MacLennan Jaunkalns Miller Architects and Blackwell Structural Engineers. Image via City of Toronto.

If all goes as planned, the tower will be 74.4 metres tall and boast 11,965 square-meters of space in total. It'll also add one more layer to the beautiful randomness of architectural styles found across U of T's St. George campus.