Stunning wood tower coming to U of T's downtown campus

Toronto's top university is jumping aboard the timber train with plans for a 14-storey tower made almost entirely of wood.

The University of Toronto announced this week that it will be constructing a mass timber and concrete hybrid building above the relatively-new Goldring Centre for High Performance Sport, which opened in 2014.

When finished, the academic tower will be the tallest of its kind in North America and house several different university faculties, including the Munk School of Global Affairs and the Faculty of Kinesiology & Physical Education. 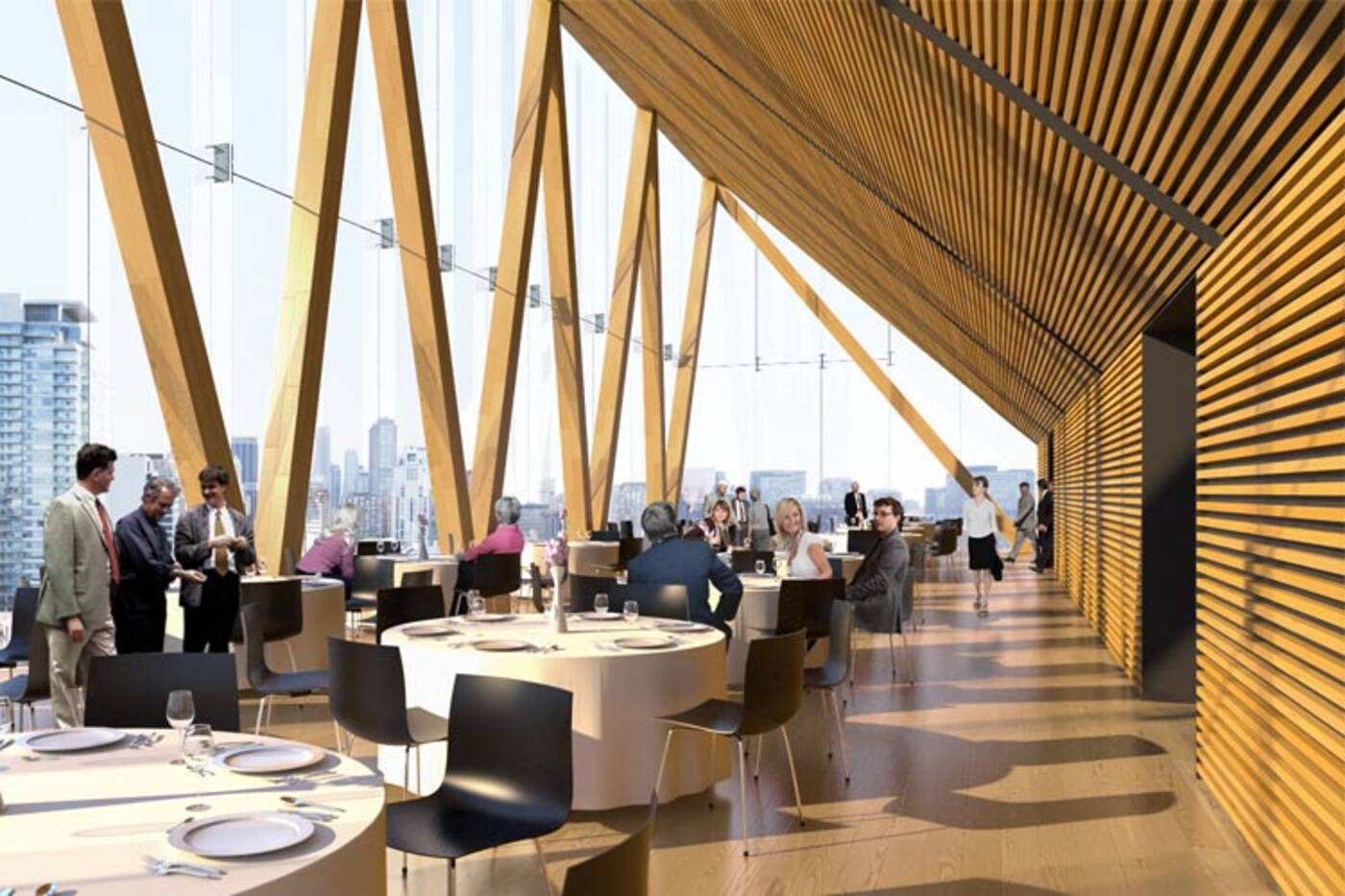 A press release issued by the university reveals that the tower was originally meant to be built using steel.

"But after becoming aware of government incentives and of research by members of the Faculty of Forestry," it reads, "the university decided to go with timber."

George Brown College is also in the process of constructing a 12-storey-tall wood tower called The Arbour as part of its environmentally-friendly waterfront campus. 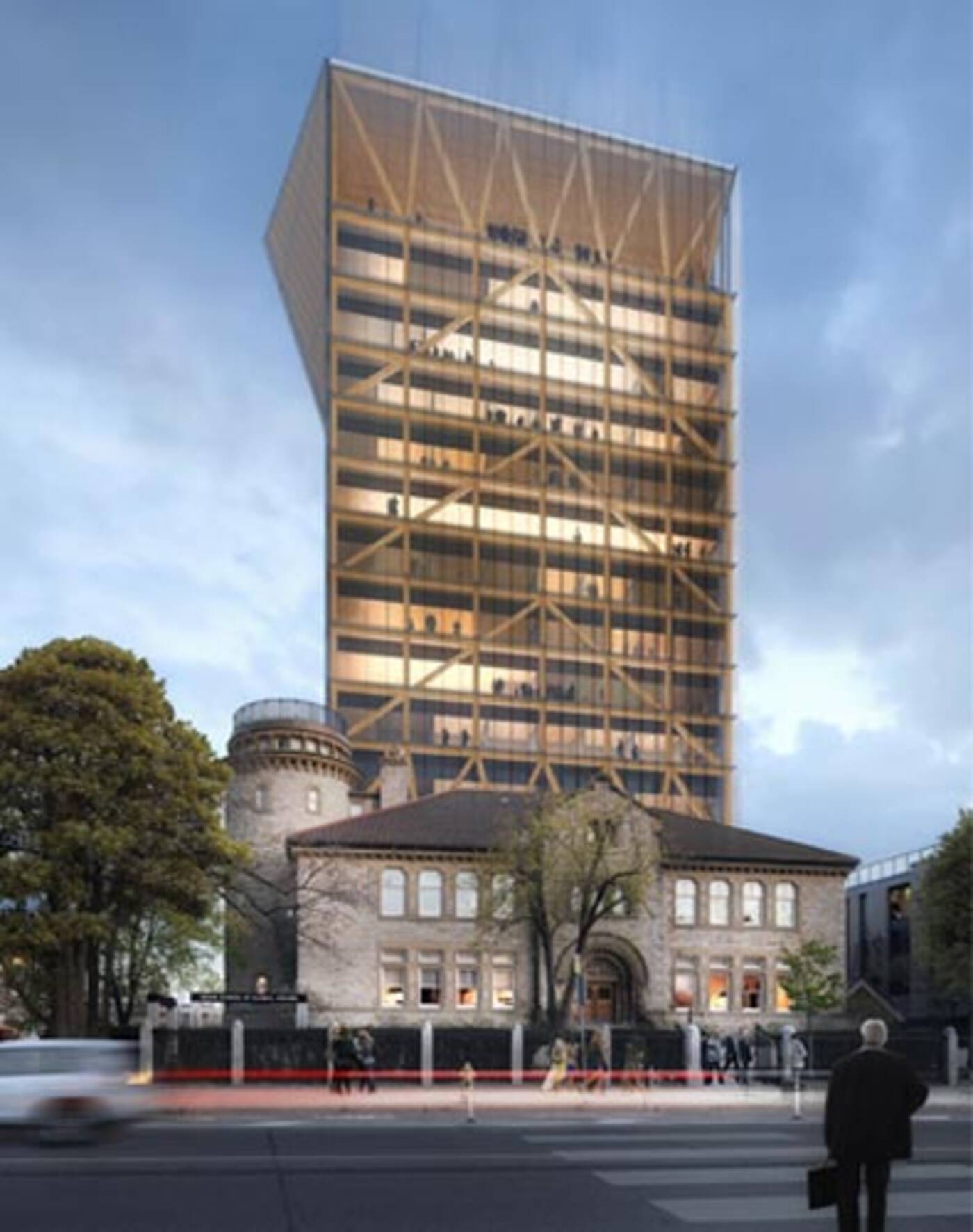 "There are a lot of compelling arguments for the use of wood," said U of T's planning and design chief Gilbert Delgado in this week's release. "The more we looked into it, the more excited we got."

Construction on U of T's wood tower, a joint project between the school, Patkau Architects, MacLennan Jaunkalns Miller Architects and Blackwell Structural Engineers, won't start until at least late 2019.

The university says the building is still in the design phase of development and they are awaiting zoning changes to increase the height allowance for tall wood buildings.

Toronto's tallest timber tower will be financed by provincial and federal government subsidies, as well as through university funds and philanthropy.

The University of Toronto