Toronto is getting its first office building made out of wood

Construction on the Hullmark office development in Liberty Village is well under way, meaning pretty soon, Toronto will soon have another building constructed from timber.

The five-storey building at 80 Atlantic Ave. has been in the works since early 2017. Now that below-grade work and the elevator core is ready, crews have begun assembling the building's wooden framework.

According to Hullmark's website, 80 Atlantic will be the "first new timber-frame commercial building to be built in a generation."

Designed by Quadrangle, 80 Atlantic is only one of two projects in the city currently being built using timber, specifically glued laminated timber (GLT), or glulam, for its columns and beams.

Replacing more popular building materials like concrete or steel, GLT—which is made from glued layers of wood—is durable, fire resistant, and considered far more sustainable than its more traditional counterparts. 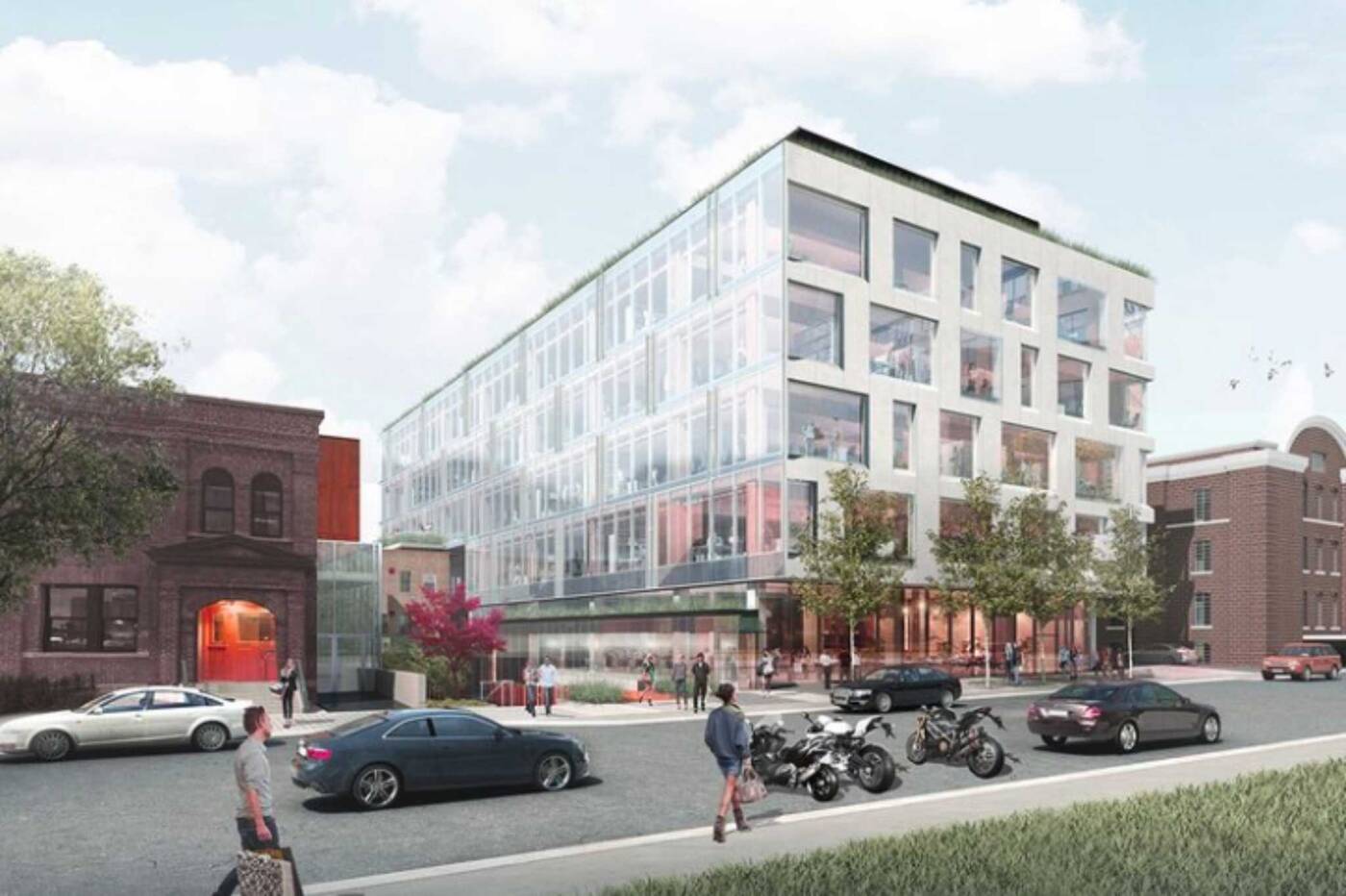 The office building at 80 Atlantic will have both office and retail space. Photo via Quadrangle.

Crews are now also installing large nail laminated timber (NLT) panels, which will make up the floors and roof of the 79,758 square-foot office building.

Expected to have a significantly reduced carbon footprint, 80 Atlantic is an exciting project that follows the provincial government's 2015 amendment to the Ontario Building Code, allowing for wood frame buildings as high as six storeys.

The office building (which will also have 7,719 square feet of retail space) will be two storeys taller than Toronto's other cross-laminated timber (CLT) project in Yorkville: a rebuild and expansion project on the Shoppers Drug Mart heritage building at 728 Yonge St.

Buildings made from wood are definitely on the up and up in the city: Both U of T and George Brown have plans to complete tall wood towers on their respective campuses, and Sidewalk Labs plans to populate its proposed 'smart city' with tall timber buildings too.

There's a new push for Toronto to rename Dundas Street

Toronto will continue evictions in other encampments and people have concerns