Sidewalk Labs invites Toronto to explore its neighbourhood of the future

Google's high-tech urban development experiment is now well underway in Toronto and, as promised, engineers are ready to start showing off some of what they've been building.

Sidewalk Labs, the Alphabet-owned organization responsible for Toronto's new "neighbourhood of the future," announced on Friday that it would be opening up a public workshop and event space in the city on Saturday, June 16.

"We've transformed an old fish processing plant and parking lot into an experimental work space," reads a public invitation from Sidewalk Toronto. "We're excited to co-create and share our explorations with you as the project evolves."

Called 307 (after its address at 307 Lake Shore Boulevard East), the venue is located in a building that used to house such MLSE entertainment properties as NBA TV Canada.

The area where it sits will eventually be part of Quayside, which is what Sidewalk Labs and Waterfront Toronto have named their forthcoming, 12-acre "smart-city" district along the eastern waterfront.

Sidewalk Labs doesn't plan on breaking ground until 2020, but it already has teams in the city experimenting with technology and hosting public roundtables.

The purpose of opening 307 is to share some of the work that's already being done in terms of what's planned for Quayside, to get feedback from Toronto residents and to interact with locals through cool community projects like a learning garden.

"Inside and outside we’ll be exploring some of the ideas that could become part of this future neighbourhood," reads the invitation, "and establishing an open venue for community co-creation." 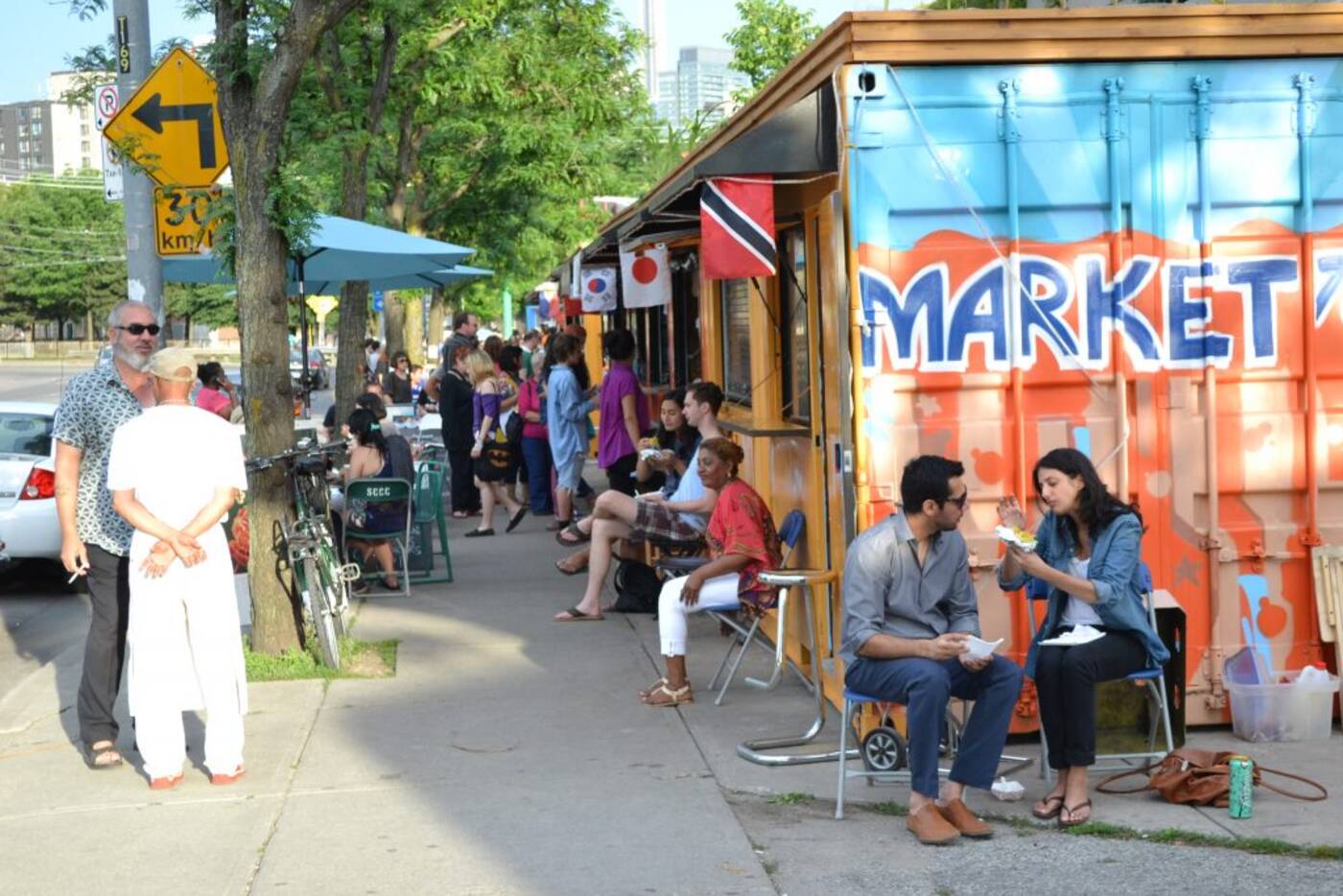 The Alphabet-owned Sidewalk Labs has partnered with the Scadding Court Community Centre to set up Market 307, a spin on the latter's successful Market 707. Image via Sidewalk Labs.

Sidewalk says that 307 will be open to the public every weekend, but the space will also play home to a monthly event series called "Open Sidewalk" where people of all ages and abilities can check out prototypes, participate in workshops and take in performances, among other things.

An on-site market called Market 307 (modelled after Scadding Court's Market 707 at Dundas and Bathurst) will also be serving food and non-alcoholic drinks all day from vendors like Gushi, Pierogi Me!, and Jammy Dodger.

As far as the prototypes go, Sidewalk Labs revealed on Friday that the following would be available for the public to check out at its first Open Sidewalk event later this month:

You can learn about and, hopefully, play with some of these things on June 16 from noon to 6 p.m. when Sidewalk Labs officially opens the 307 public workshop in Quayside.