Sidewalk Toronto just released a summary report of its first public roundtable — an event during which roughly 800 local residents told the world's most powerful tech company what they do and don't want in a Googlefied neighbourhood of the future.

For the most part, their concerns were predictable: Will Quayside be accessible to everyone in Toronto? Will it include affordable and inclusive housing options? How will Google manage and share our data?

At least two people mentioned raccoons, according to a document of transcribed comments from the meeting, and many seemed keen on the idea of sheltered sidewalks to use during winter months.

"Applications for residency," reads one suggestion. "Yields residents who are committed to making the visions of the experiment possible."

"Mennonites know co-housing. Loop them in," reads another. "Need to consider ALL members of community, not just hip, young people."

At our first roundtable meeting on March 20, we worked alongside fellow #Toronto residents who wanted to help create a new type of neighbourhood on Toronto’s waterfront - and now we have the feedback! Take a moment and read the Summary Report: https://t.co/oXwywaElkO

Aside from tons of specific (and in some cases hilarious) comments from citizens, not much was revealed in the summary report for the March 20 roundtable that we didn't already know.

The Alphabet-owned company had already announced that it would begin testing some of its urban technologies this summer, close to where the new 12-acre community will eventually rise along Toronto's eastern waterfront.

There was also talk about Google leasing a waterfront office to showcase some of said technologies, but now we are learning more about where that office will be (near Lake Shore and Parliament) and how it could function.

"Sidewalk Toronto will open an office on Quayside this summer, at 307 Lake Shore Boulevard East," reads the summary report.

"The office will double as a living laboratory for many of our innovation concepts and will be open to public visitors." 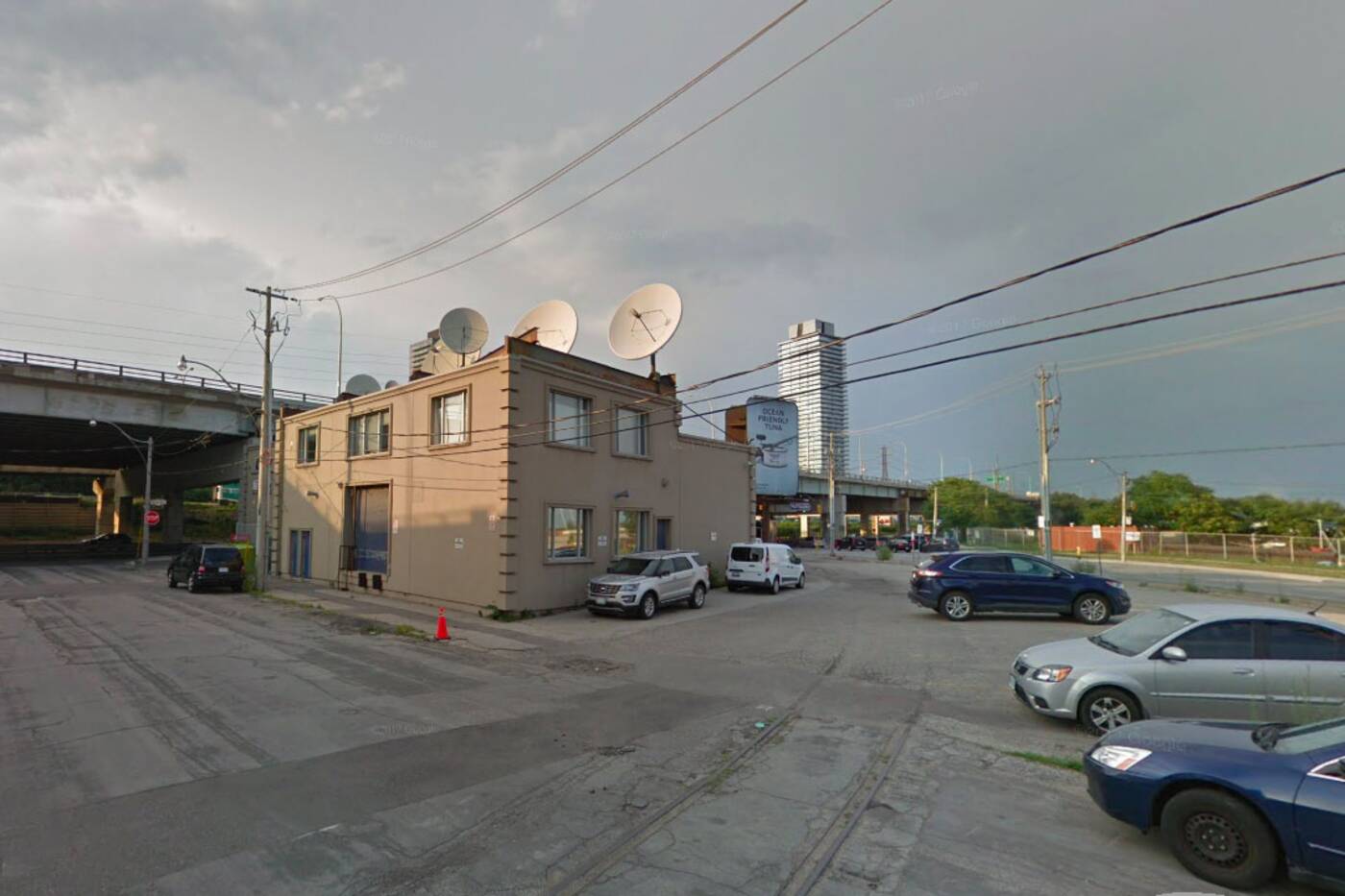 This is the site of Sidewalk Toronto's new base for project development prior to any renovations. Image via Google Maps.

Toronto-based architecture firm Lebel & Bouliane Inc. has been selected to design the design new Sidewalk Labs Toronto HQ, which it says will house offices and public engagements starting this summer.

Previous to this, the space was occupied by some Maple Leaf Sports & Entertainment properties, including NBA TV Canada.

It's all part of Sidewalk Toronto's "core planning work," which includes pilot ideas and prototypes like the recently-launched Old Toronto historical photo mapping tool and others that "remain in development." 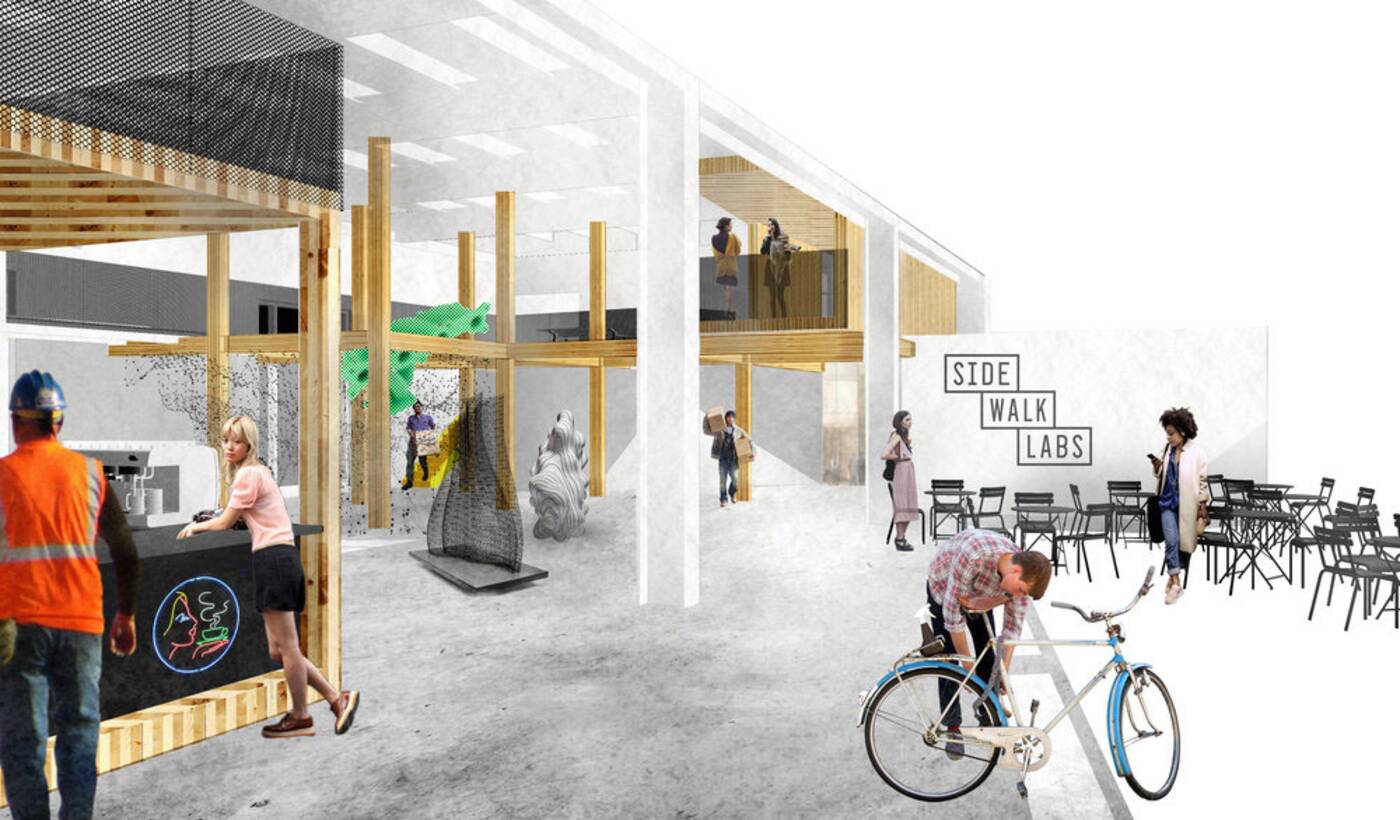 An early rendering of the new Sidewalk Labs HQ in Toronto as it appears on an award-wining Toronto architecture firm's website. Image by Lebel & Bouliane.

More will be revealed about Sidewalk Toronto, presumably, at the next roundtable meeting on May 3.

All members of the public are welcome to attend this roundtable — the second out of at least four — at Ada Slaight Hall.

Those who can't make are able to view the event via livestream, while who can will get a chance to help shape "ongoing planning work, in continued consultation with the community, recognized experts, and government stakeholders" for Quayside.