Henderson Brewing is keeping things industrial in the Junction Triangle. This craft brewery, located up the street from the Nestle factory on Sterling Road, was named as a nod to Robert Henderson, the owner of Toronto's first-ever brewery back in the early 1800s.

There isn't anybody named Henderson behind this operation; instead, general manager Steve Himel and head brewer Mark Benzaquen are running the show here. 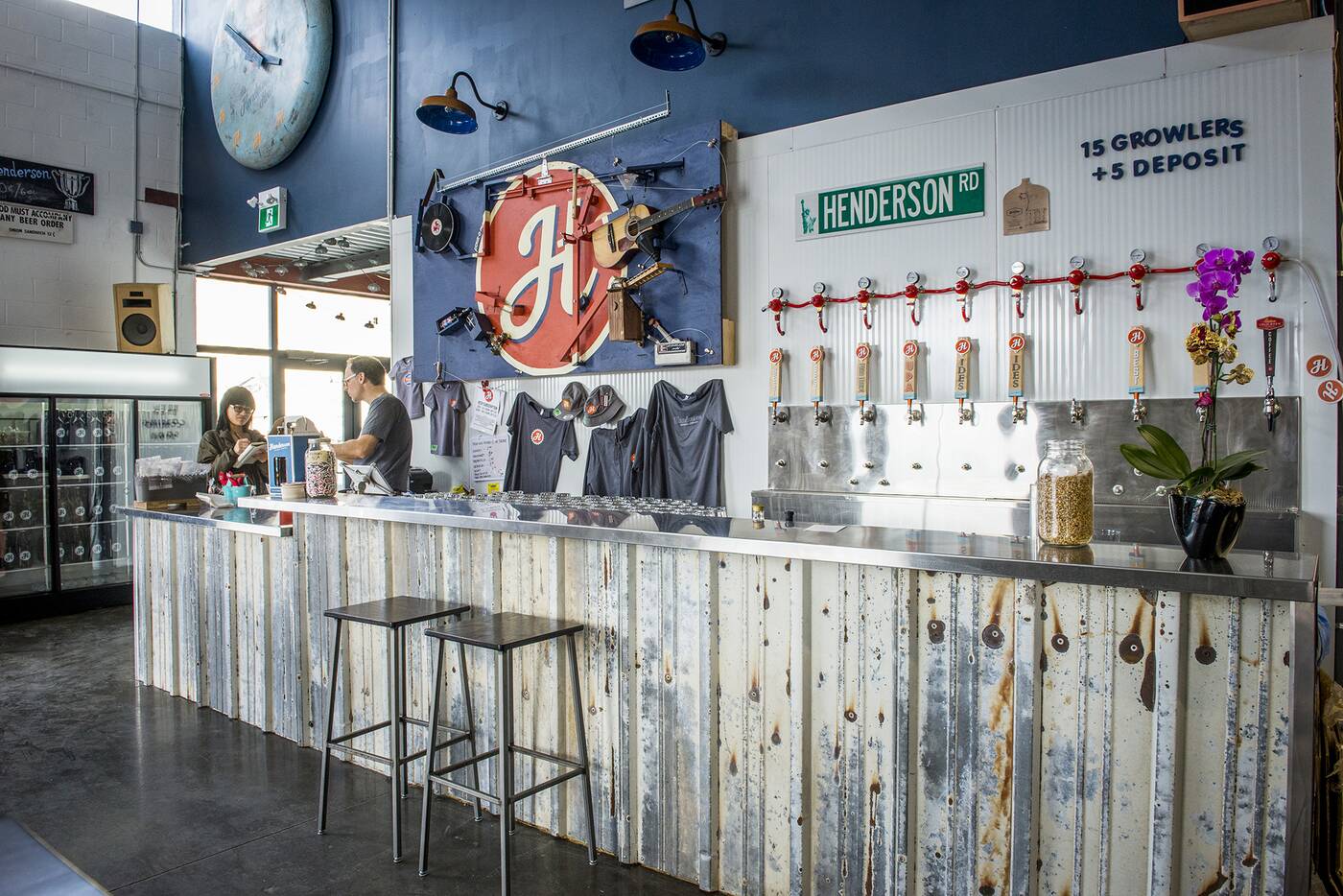 Himel learned to brew back in the '80s when he worked at the Don Valley Brewing Company making Conners , one of Toronto's original craft beers, and has been a homebrewer ever since. 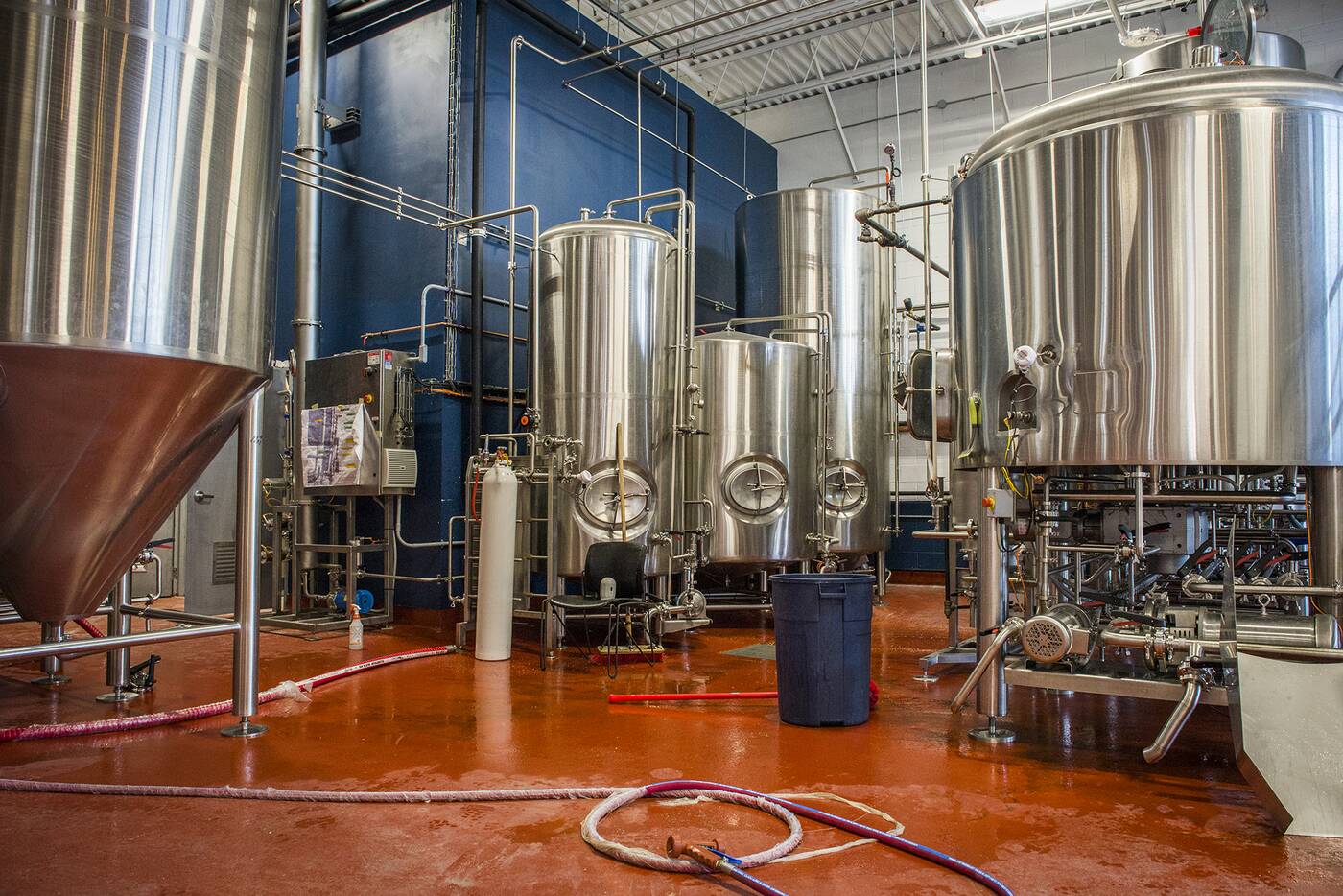 Benzaquen's been brewing since the '90s and worked for 15 years at Molson as a brewmaster before spending another seven as a consultant, helping to design and custom-build breweries around the world.

Needless to say, both men are more than competent, although Himel tells me they each have their strengths: Himel is better at the big picture ideas while Benzaquen is more of a filling-in-the-details kind of guy.

Himel likes to compare Benzaquen to a classical violinist, or an artist painting with a fine brush, while he himself is more like a punk drummer or a fence painter. 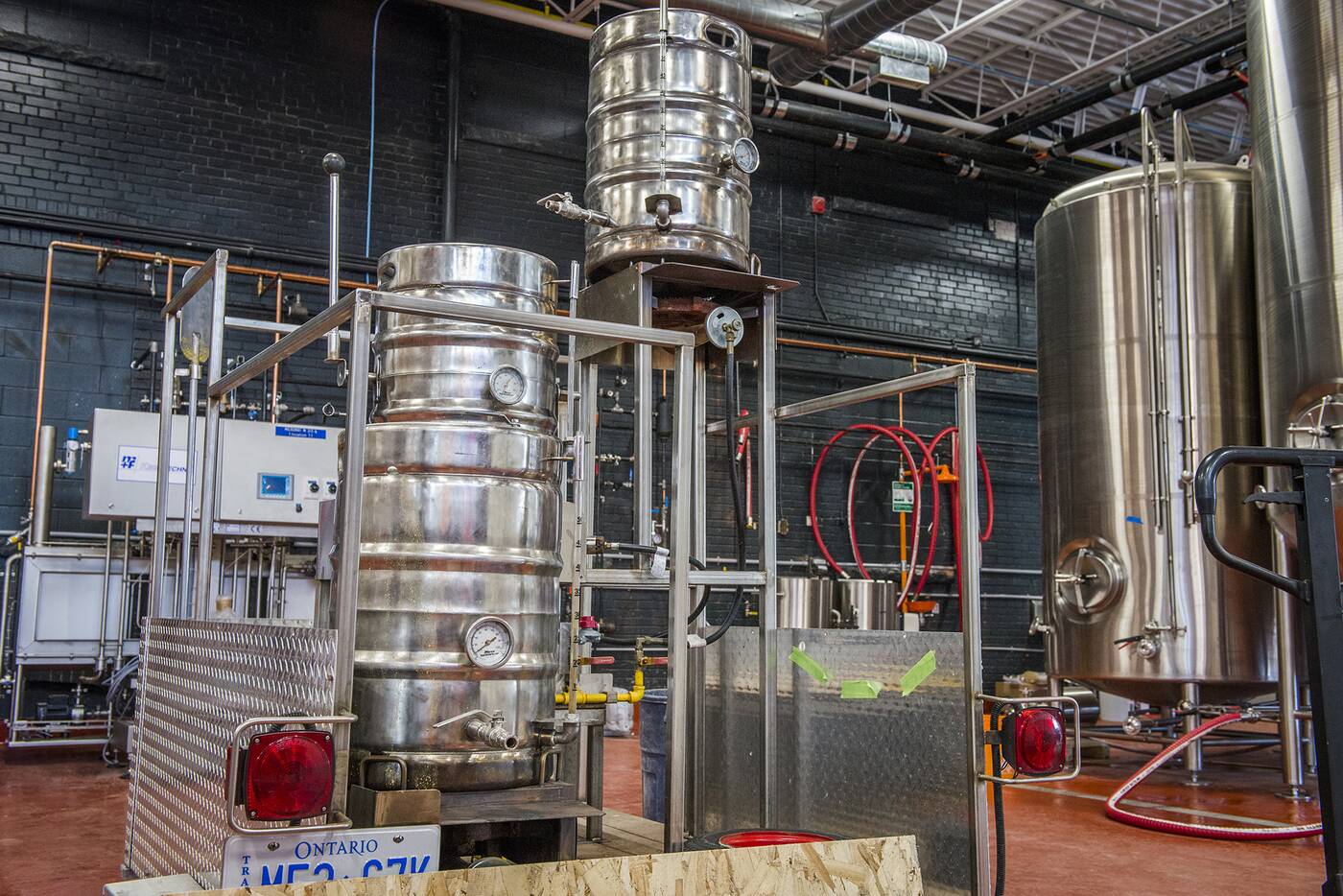 Occupying a 9,000-square-foot space that was previously home to T-Dot Tumblers, this microbrewery has a 15,000 hectolitre annual capacity and an environmentally friendly bent: 80%-90% of the steam from the brew kettles is recycled and never leaves the building. 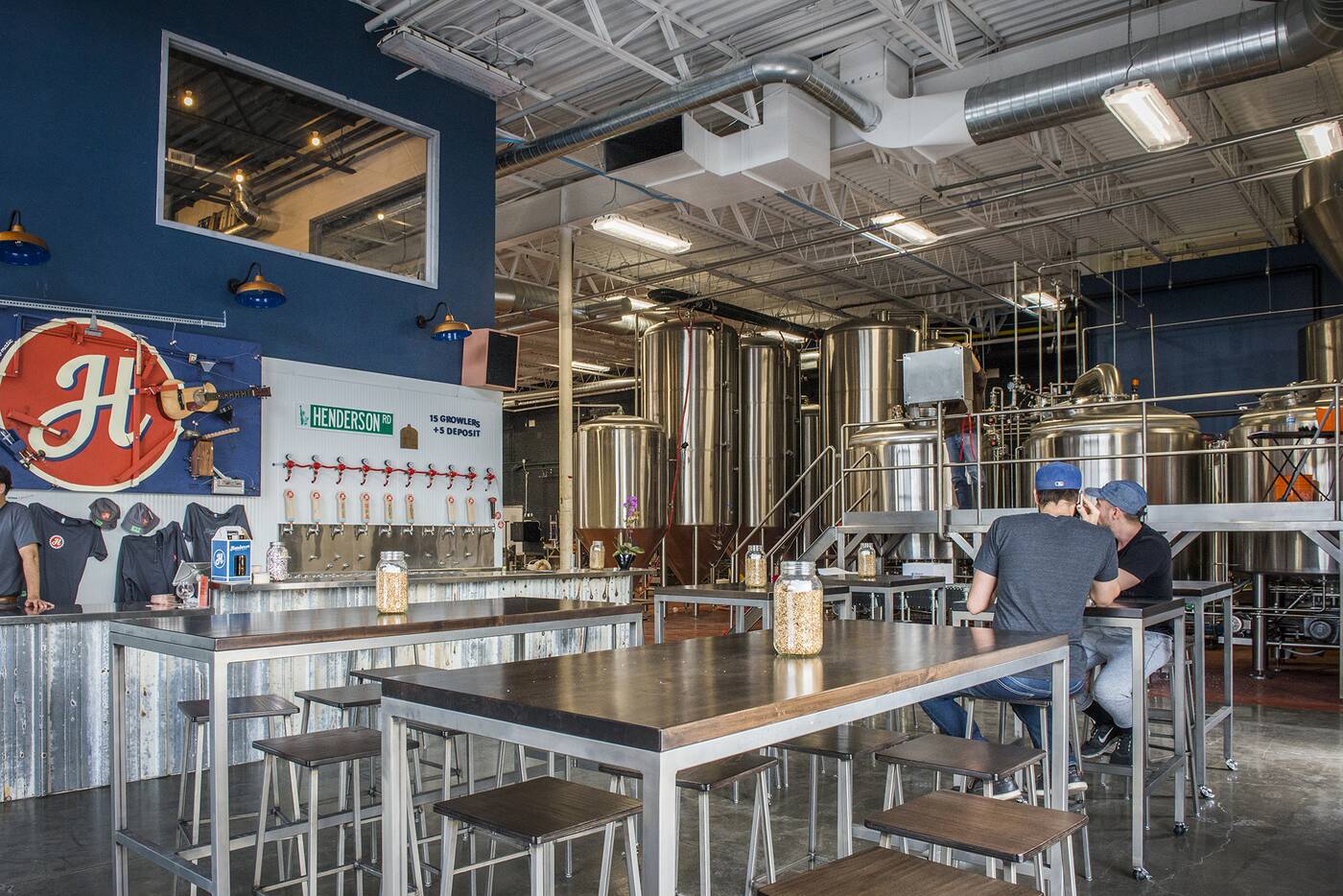 Craft beer nerds can observe the beer-making process from the bottle shop and tap room, as everything is out in the open.

I try a sample of the flagship beer, Henderson's Best, a modern take on the classic ESB, which is another tip of the hat to what would have been brewed at Toronto's first brewery. It's exceptionally easy to drink with a clean, dry finish. 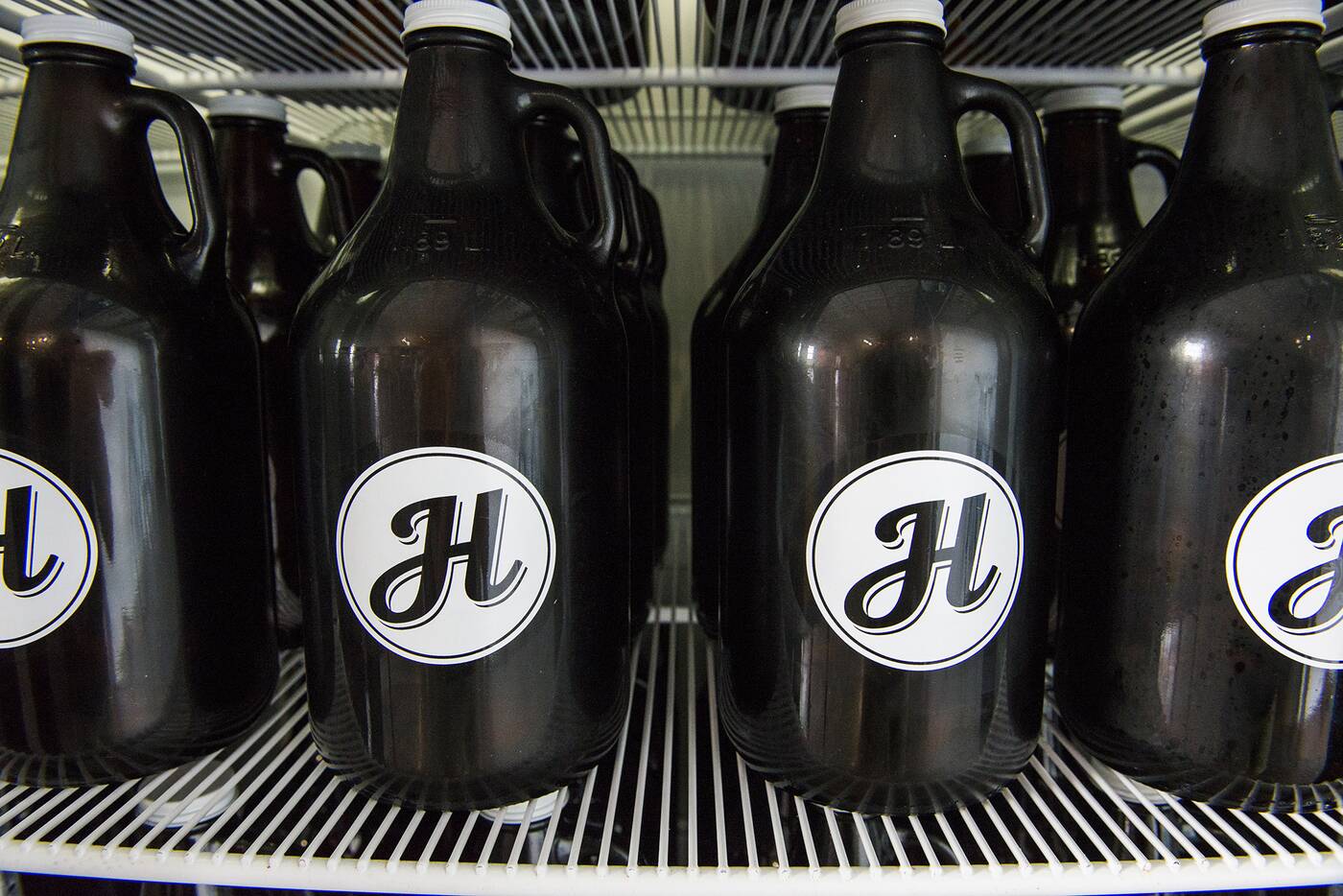 Growlers ($15 + $5 deposit), are for sale to take home, and four-pack bottles are available as well. 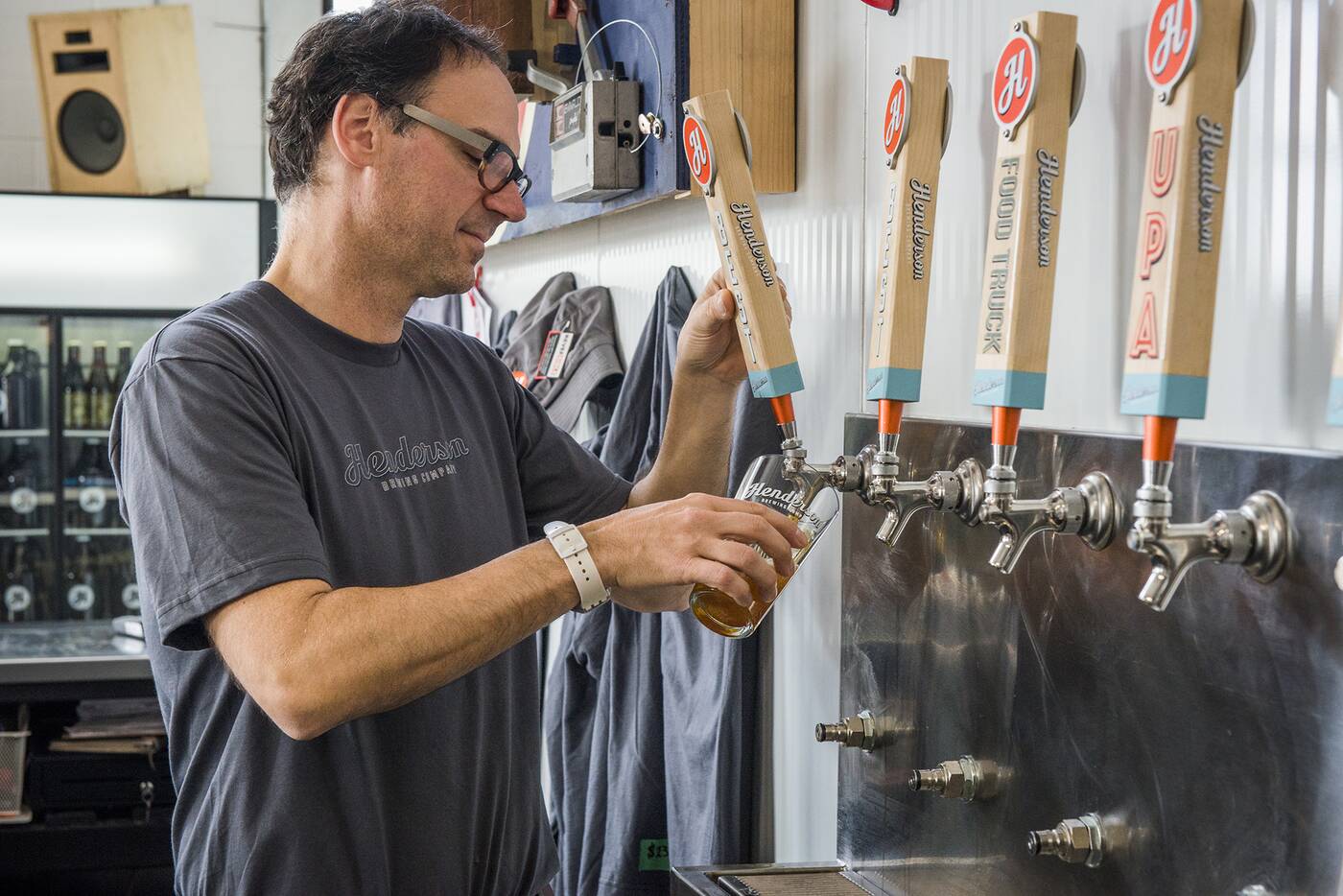 While the Henderson's Best ($5/pint) is the main focus for now, the plan is to always have four beers on tap here.

The other two constants will be the Union Pearson Ale ($5.50/pint), a riff on an IPA that's a tribute to the airport train that passes by every 15 minutes, and the Food Truck Beer ($4.50/pint), a lighter offering meant to complement food truck eats. 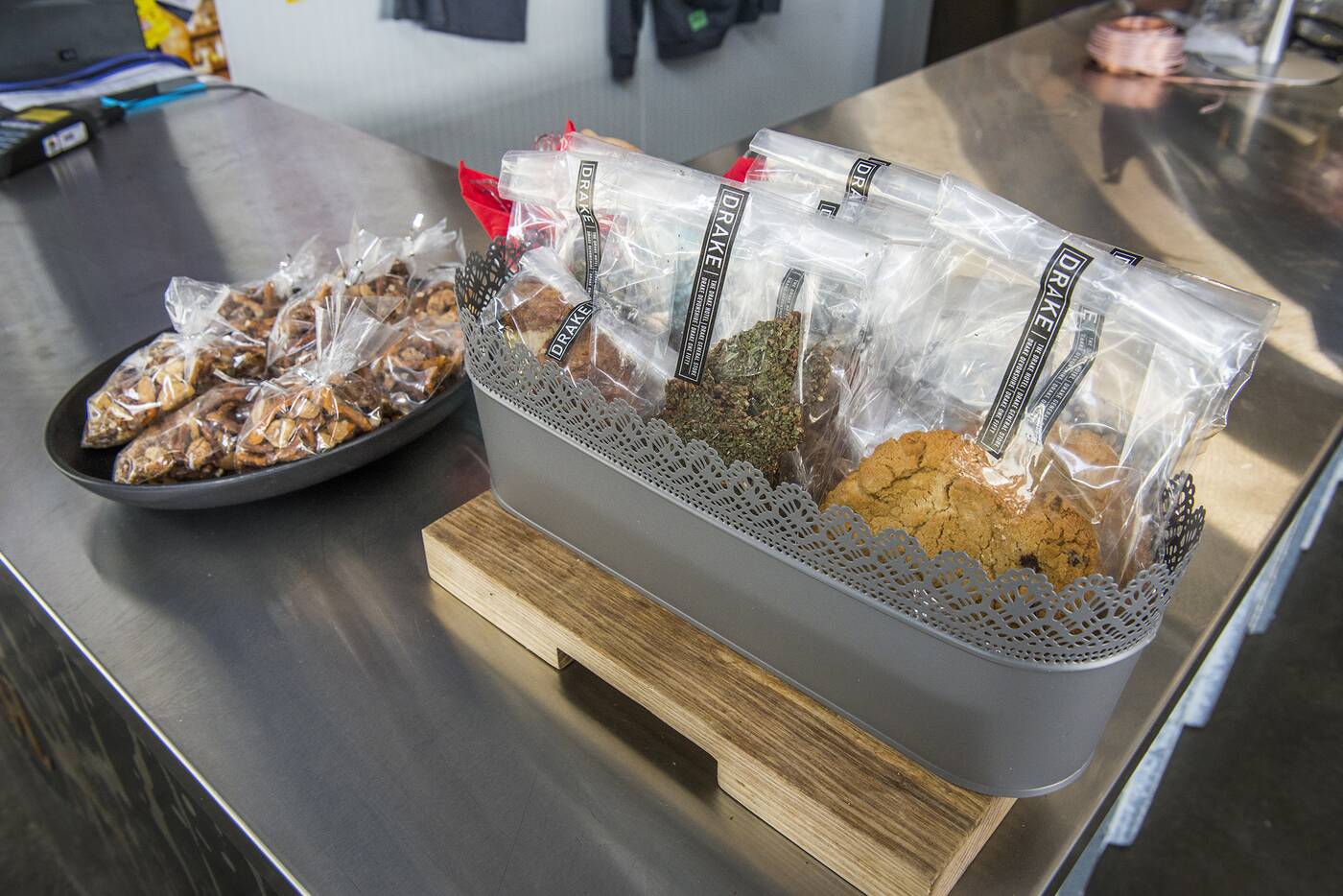 The brewery is set up to accommodate food trucks, although the only permanent snacks it has to offer are from The Drake , in the form of cookies, croissants, crackers and spreads ($2-$12). 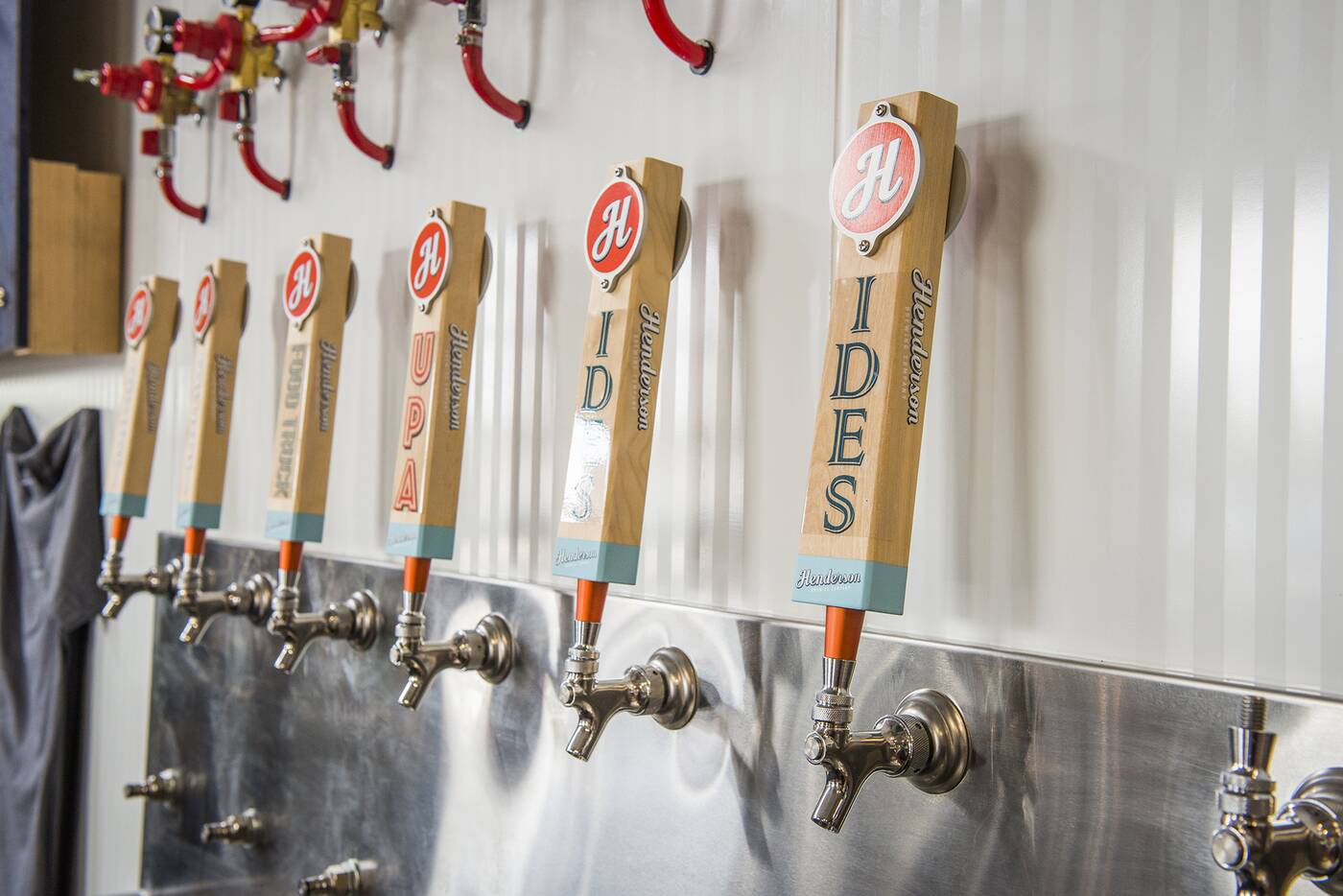 Each month, the fourth brew on tap will be part of an "Ides of..." series, with each one-off batch of beer crafted to tell a story about a specific Toronto person, place, event or historical moment. 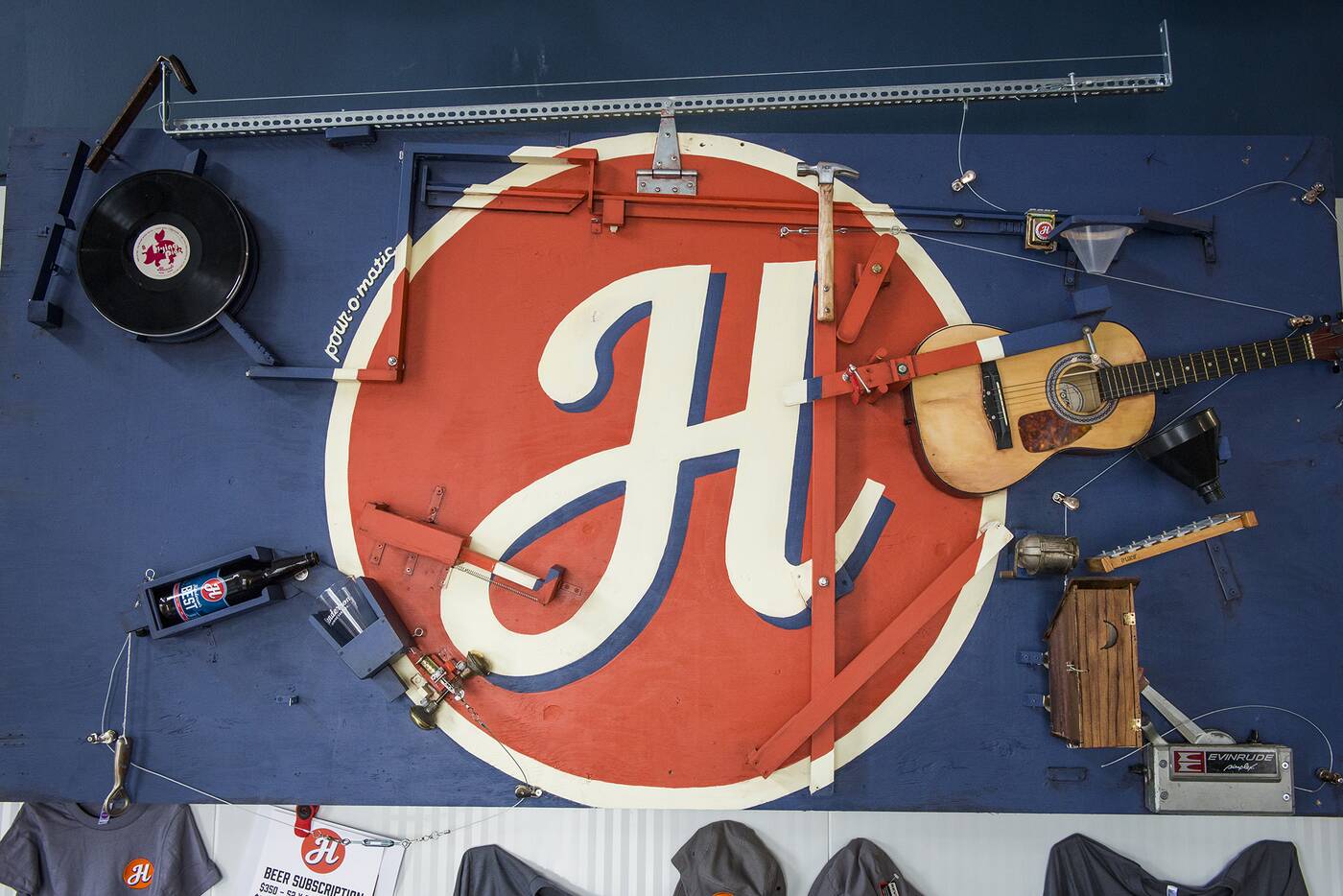 However, my personal favourite feature about this place is the amazing Rube Goldberg machine on the wall behind the bar counter.

Himel's half-brother built it for him, and for $20 (half of that will go to charity), you can watch this miracle contraption open up a bottle of Henderson's Rube Goldbeer (a higher alcohol Belgian blond) and pour it into a glass for you.

"Beer is supposed to be fun," Himel tells me. "We're trying to make this place fun." 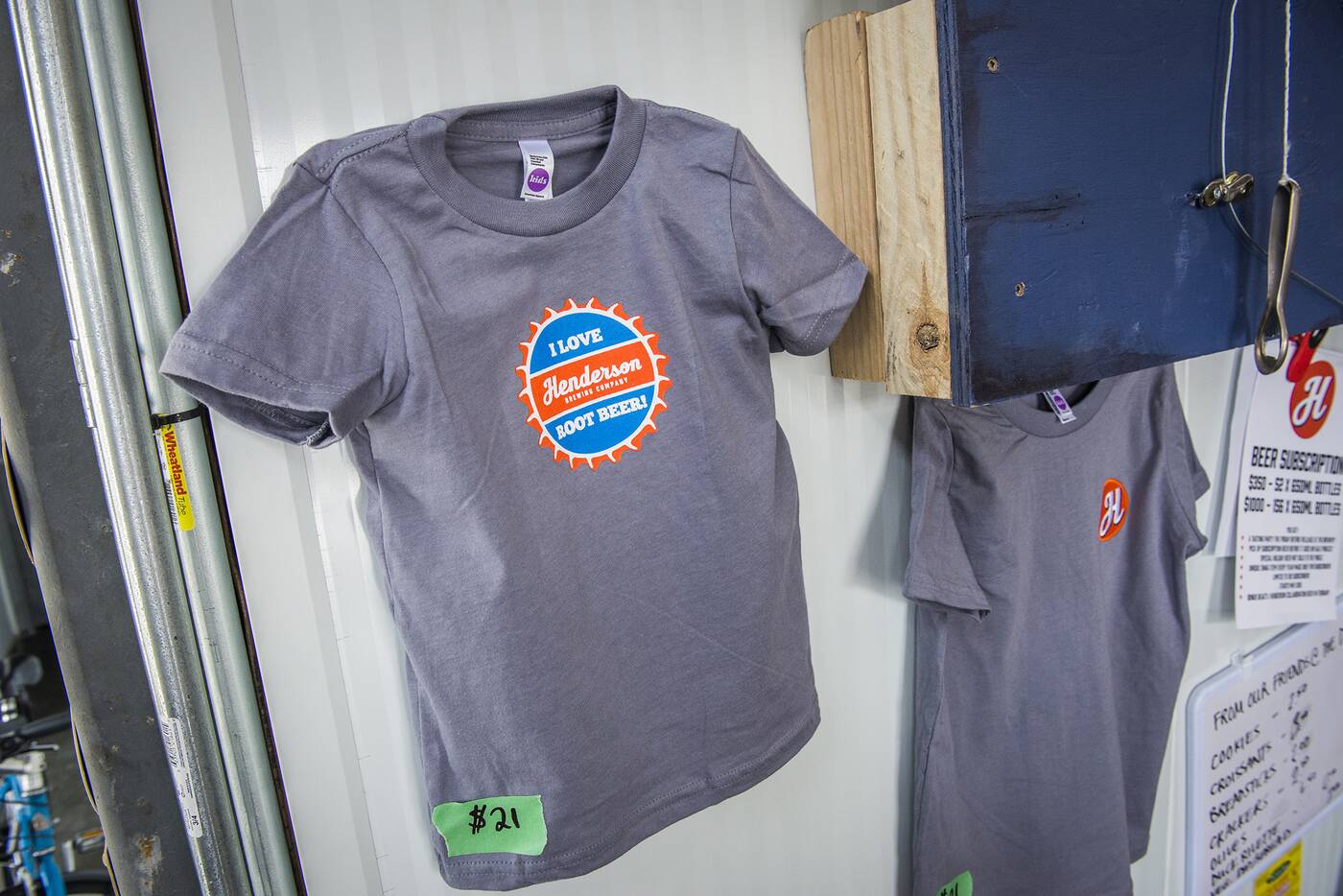 Hurray for science and alcohol! Although Henderson is a family-friendly spot as well - for the kids, there is house-made root beer (it's apparently so popular it's sold out when we visit). 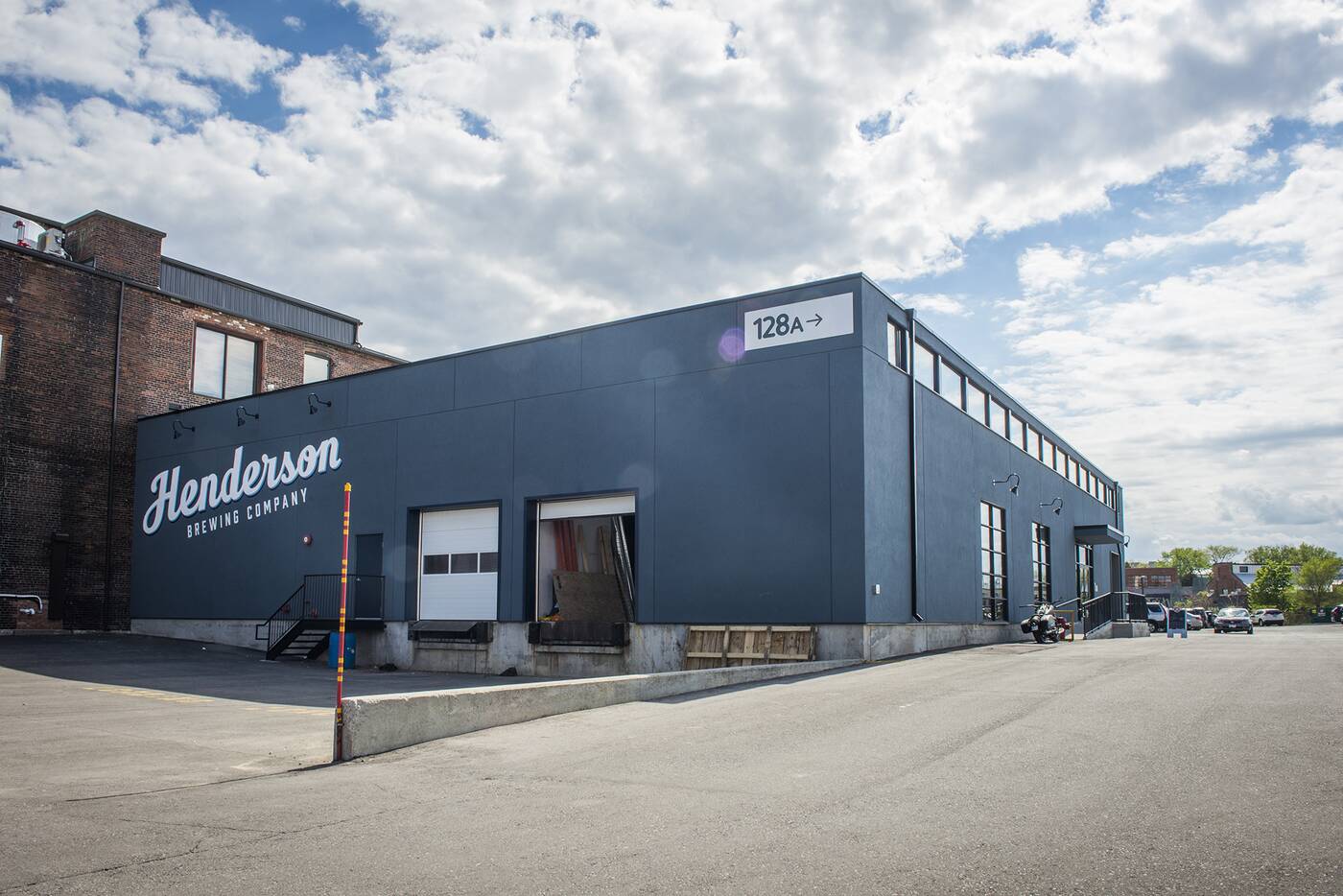