The Cavern Bar is currently open but their offerings and services may be affected due to the pandemic. Please contact the business directly for more information about any changes. Is this your business? Please contact us if you would like to update this message.

The Cavern Bar is a bar located on the lower level of the Hostelling International Toronto hostel. Open seven nights a week, The Cavern hosts fun activities like open mics, trivia and live music almost every day of the week with no cover.

I visited The Cavern late one Friday evening. Down a flight of stairs from the hostel lobby, The Cavern is made up of four rooms including a board game room and an intimate living room with a fireplace.

The main room has a small stage on one end, with a stunning mural of Toronto along one wall. 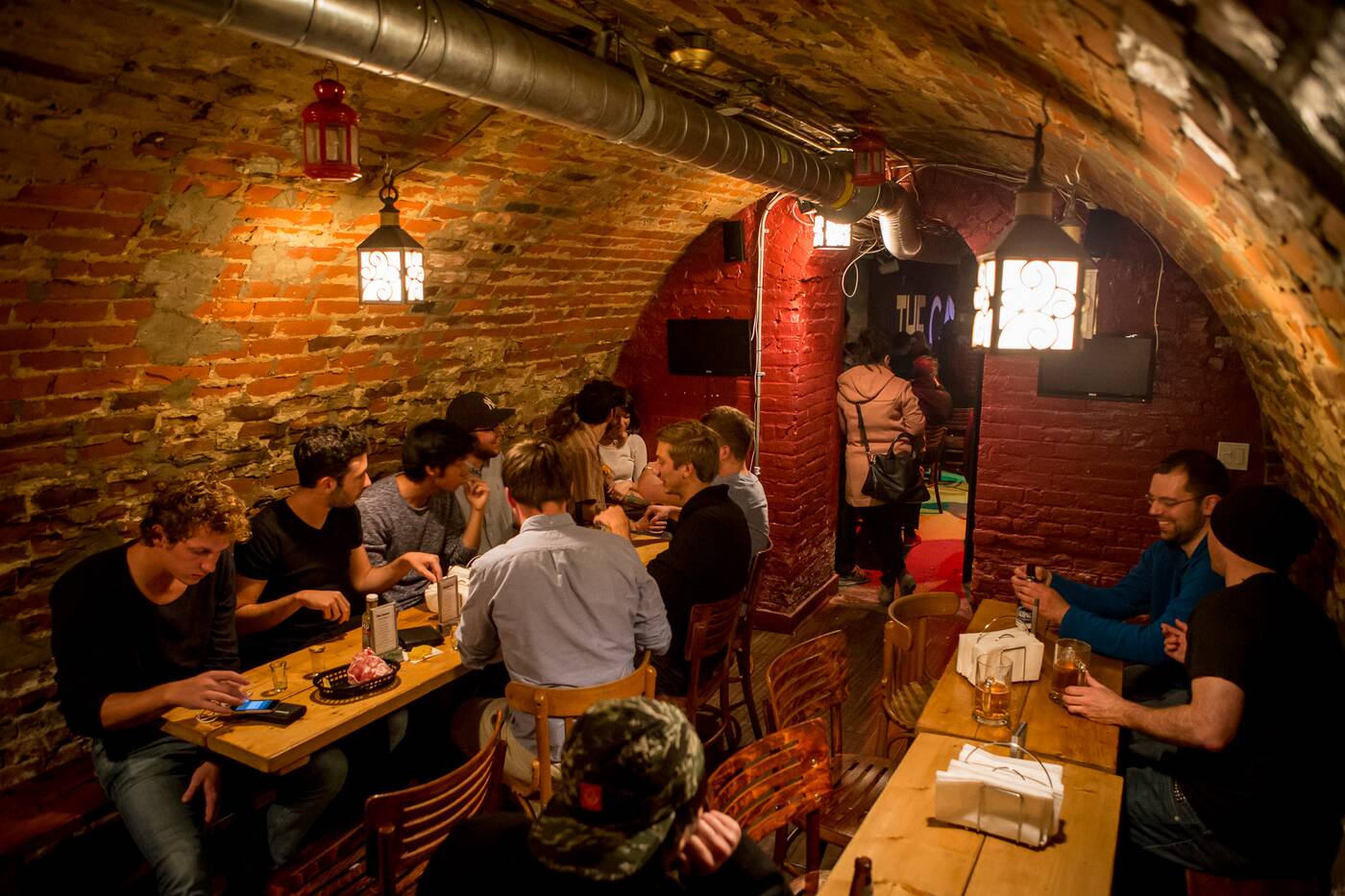 The decor is gritty but with Pinterest touches: There's a concrete floor but exposed brick. There are picnic tables but drinks are served in Mason jars. One person has on a full mask but there are lots of hot Australians. 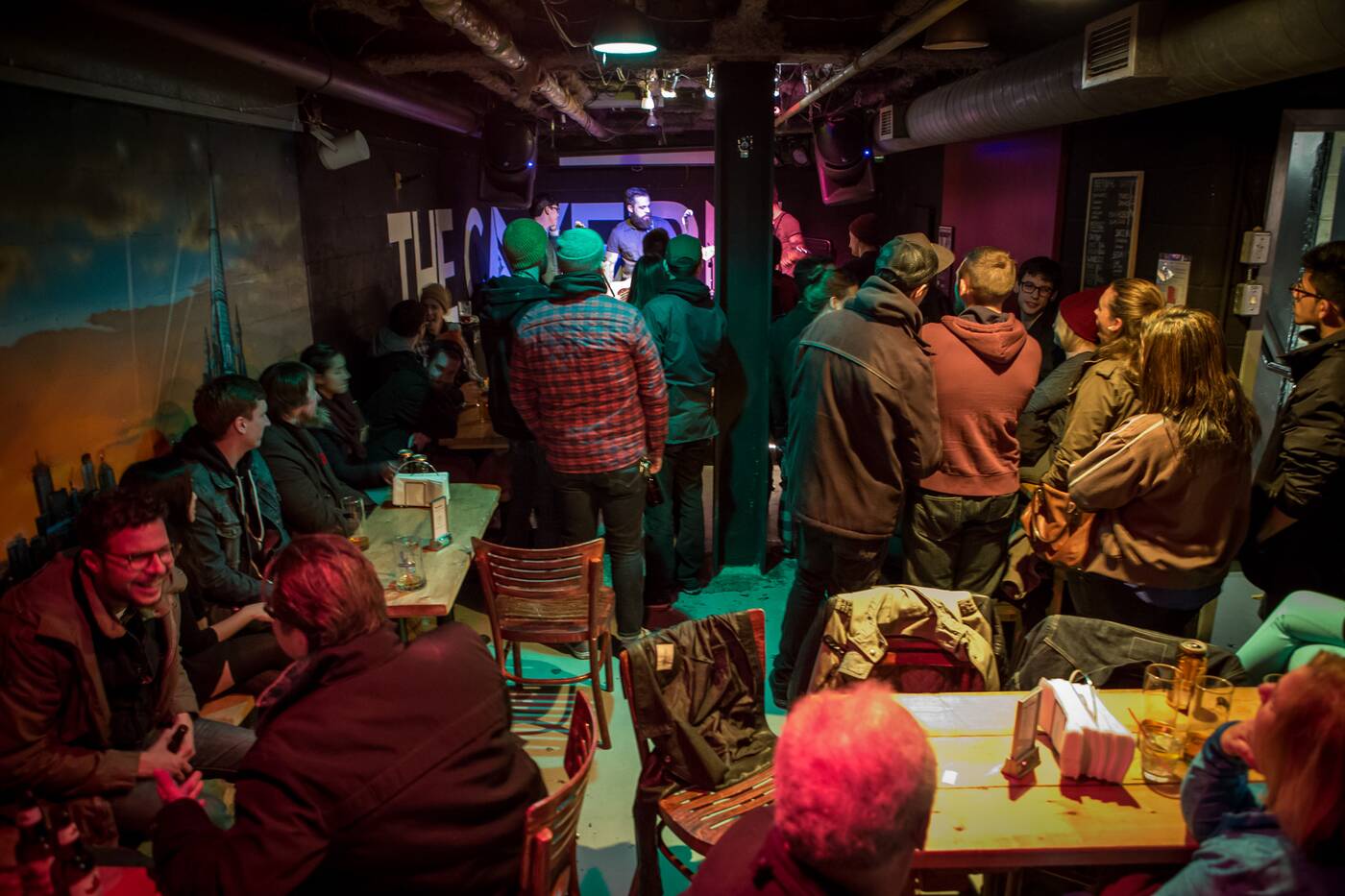 With a small bar on one side serving saccharine drinks, people crammed to the brim and loud Weezer-esque music playing, it's exactly like a high school party, complete with people unfamiliar to the culture trying to figure out the computers in the internet cafe one floor above. 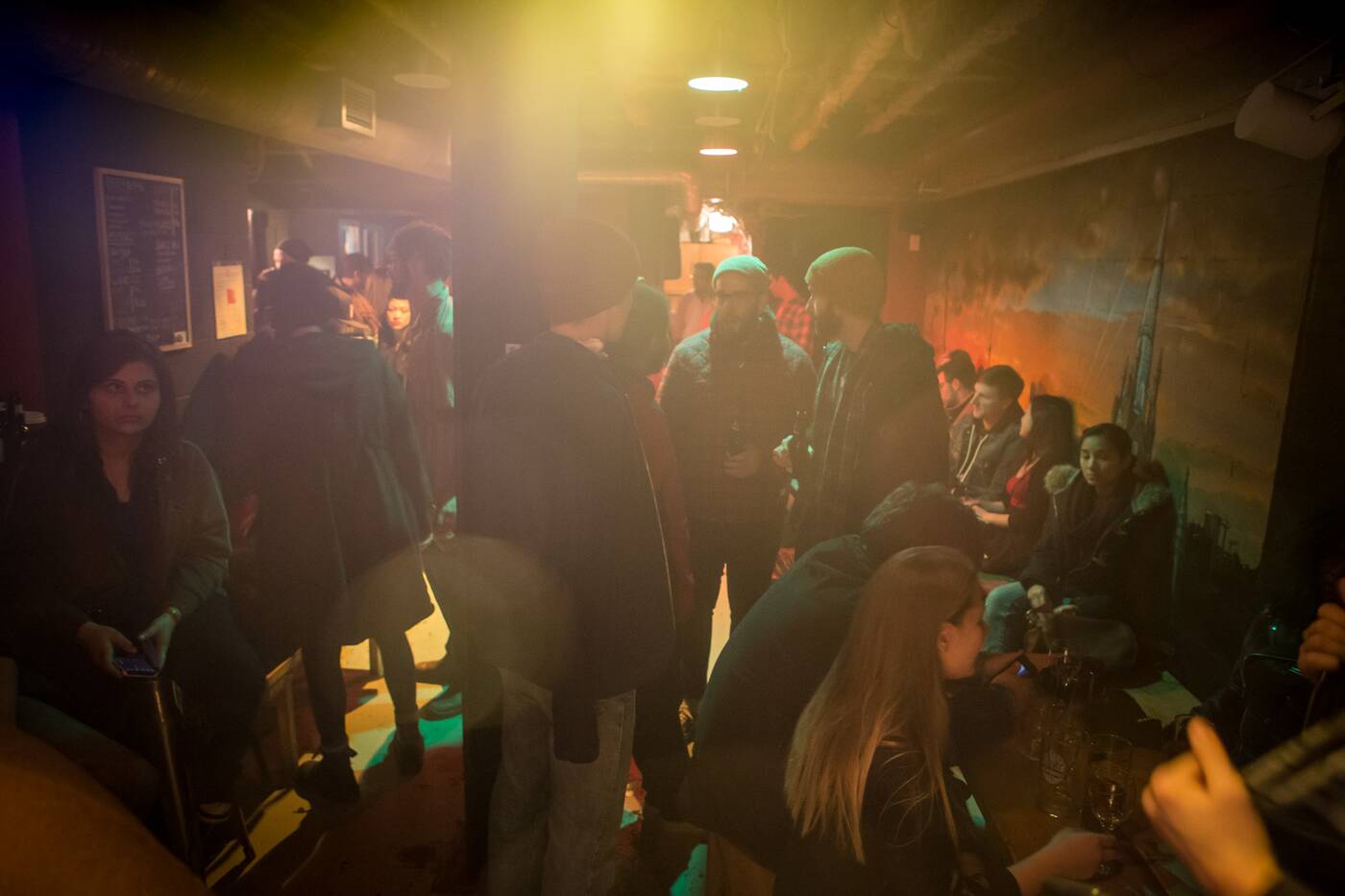 Fridays at Cavern include live music with no cover. Sometimes, getting in for free at a bar with live entertainment can indicate that the entertainment is going to be really bad.

Kind of like every time you get a free software trial instead of paying for the real deal, and nothing works, and you hate everything and just want to live in a world where everything is designed in MS Paint and Notepad. 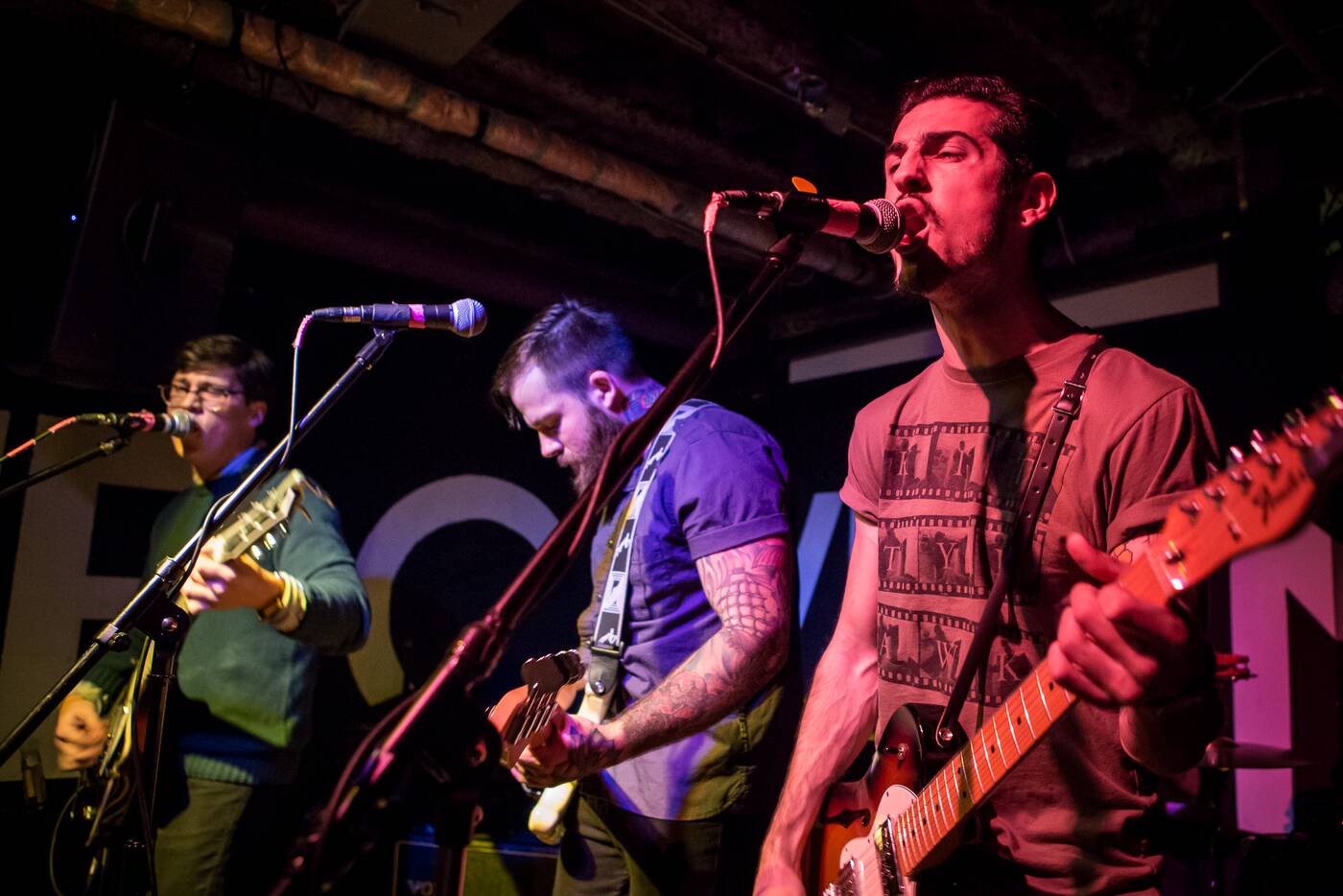 This was not at all the case at Cavern. The band was surprisingly good and seemed to be widely enjoyed by all of the bar patrons, even the sexily disinterested Australians.

The bar was absolutely packed with different types of people, some from Toronto, some from afar, but all mostly within the Millennial generation. There were a few older people, but they were almost certainly the parents of band members.

They removed their hearing aids while the band played and still enthusiastically smiled and clapped despite their untouched G&Ts and stage-whispered conversation between songs: "So it's like a Holiday Inn, but not a Holiday Inn? Christ, Laureen, why?" 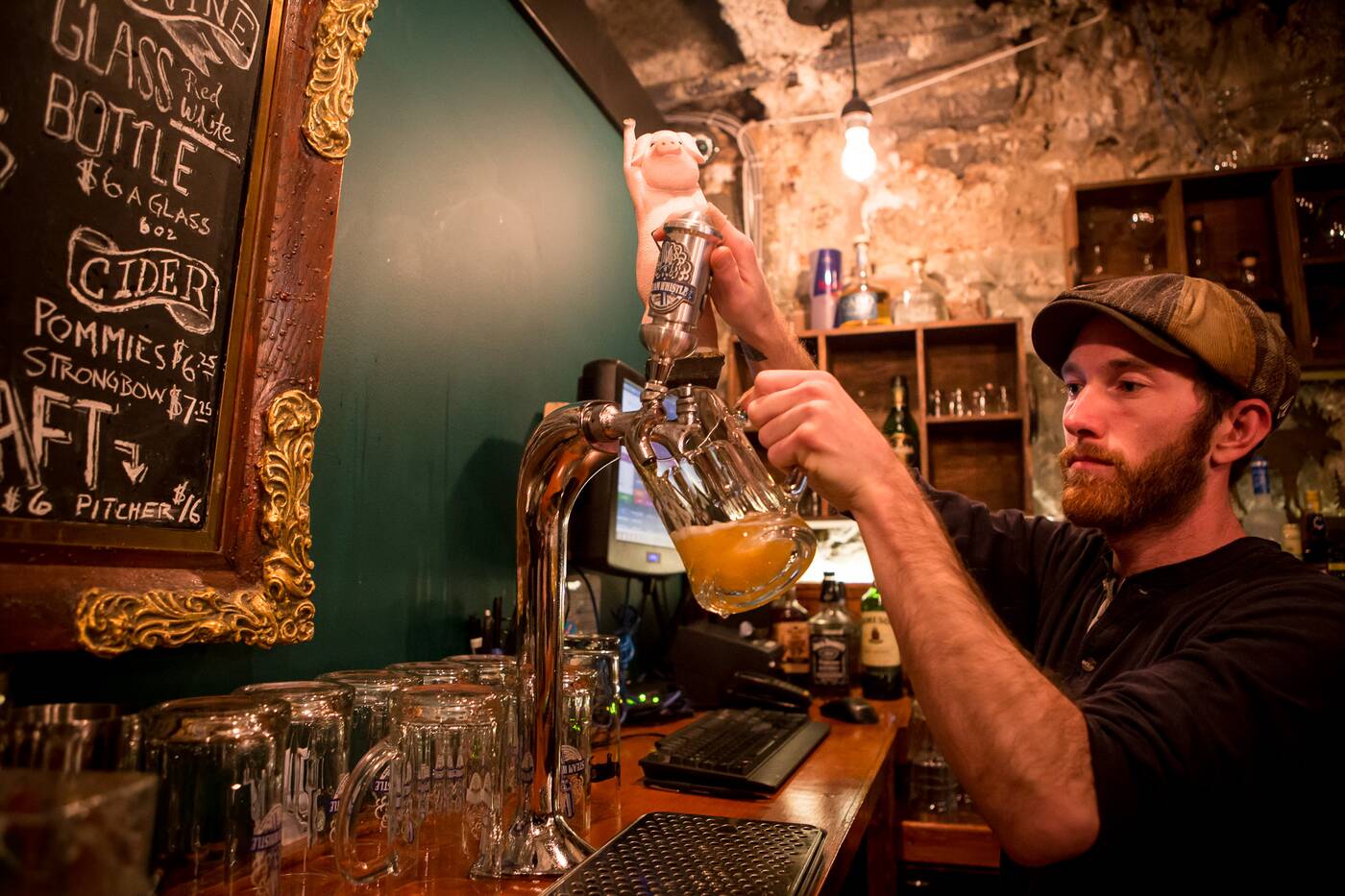 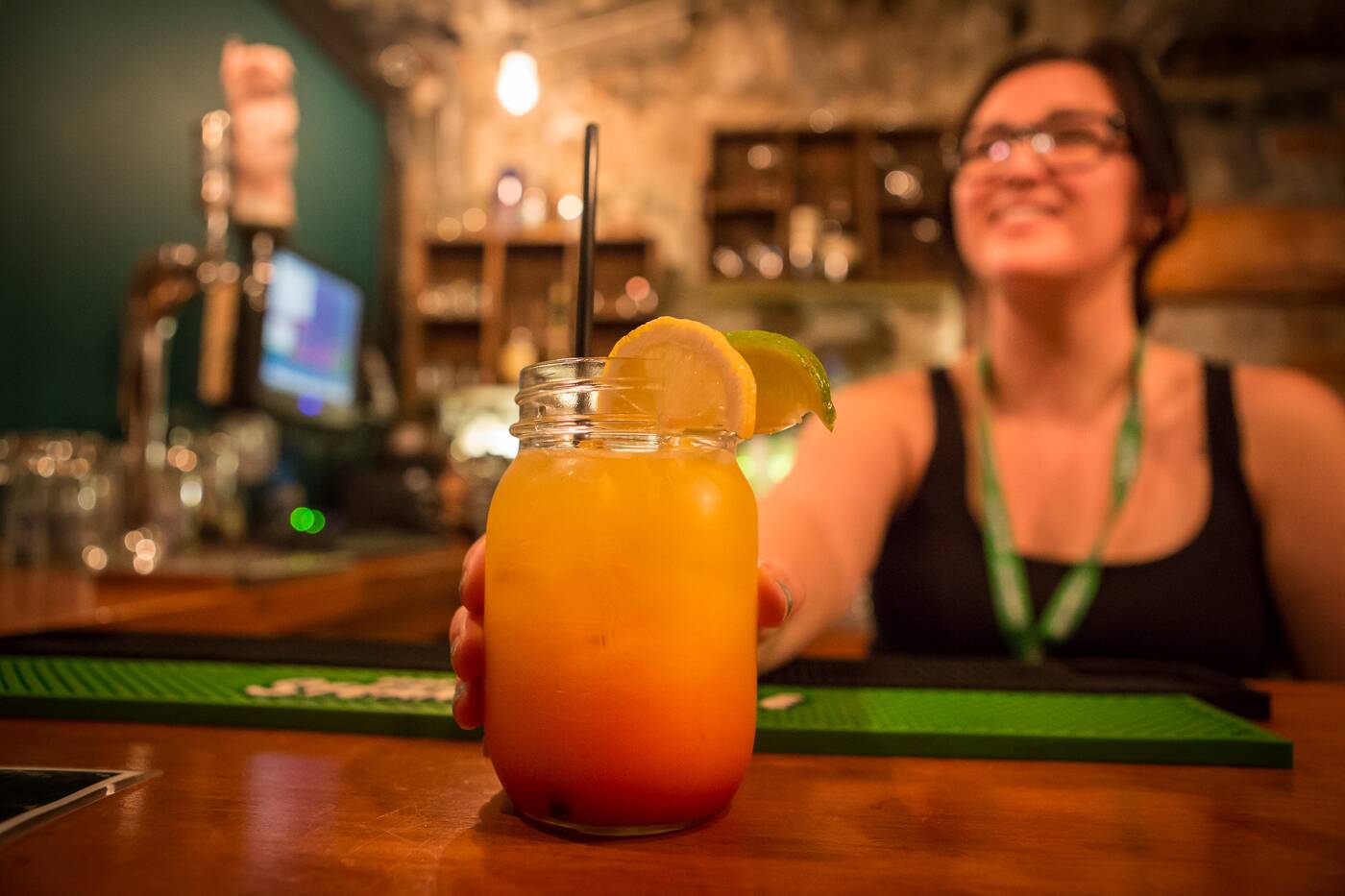 I asked for the most popular drink and was served a Kermit the Frog, a mix of melon liqueur, Malibu rum and sprite.

It was cloyingly sweet, the type of drink children who were featured on Maury Povich for weight problems and McDonalds addictions would enjoy. I loved it, and drank the whole thing.

As the band played, the crowd cheered wildly. People danced, others clapped, the guy in the mask unsuccessfully tried to give someone an already-sipped beer. 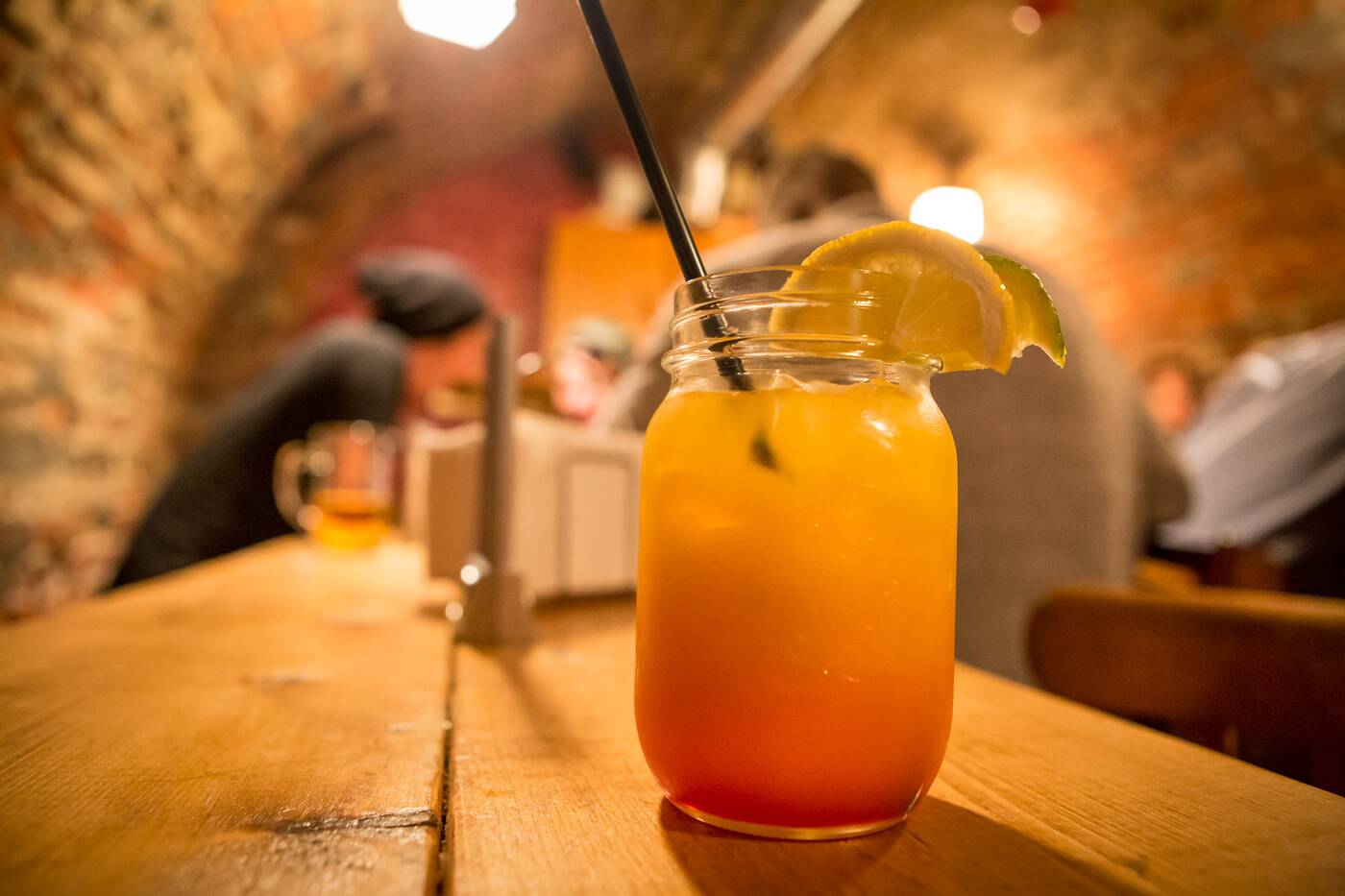 I will definitely return to The Cavern. The live music, no cover, diabetes-inducing drinks and cool atmosphere are exactly the way I imagined a cool, underground bar to be when I was a young, Fear Street-reading, bar-imagining youth from Guelph.

As we left, the band was selling CDs and t-shirts out of a minivan in the parking lot beside the bar. The band was huddled around the minivan, with the parents standing on the side of the lot. "Christ, Laureen, when are we getting out of here? I got curling in the morning..." 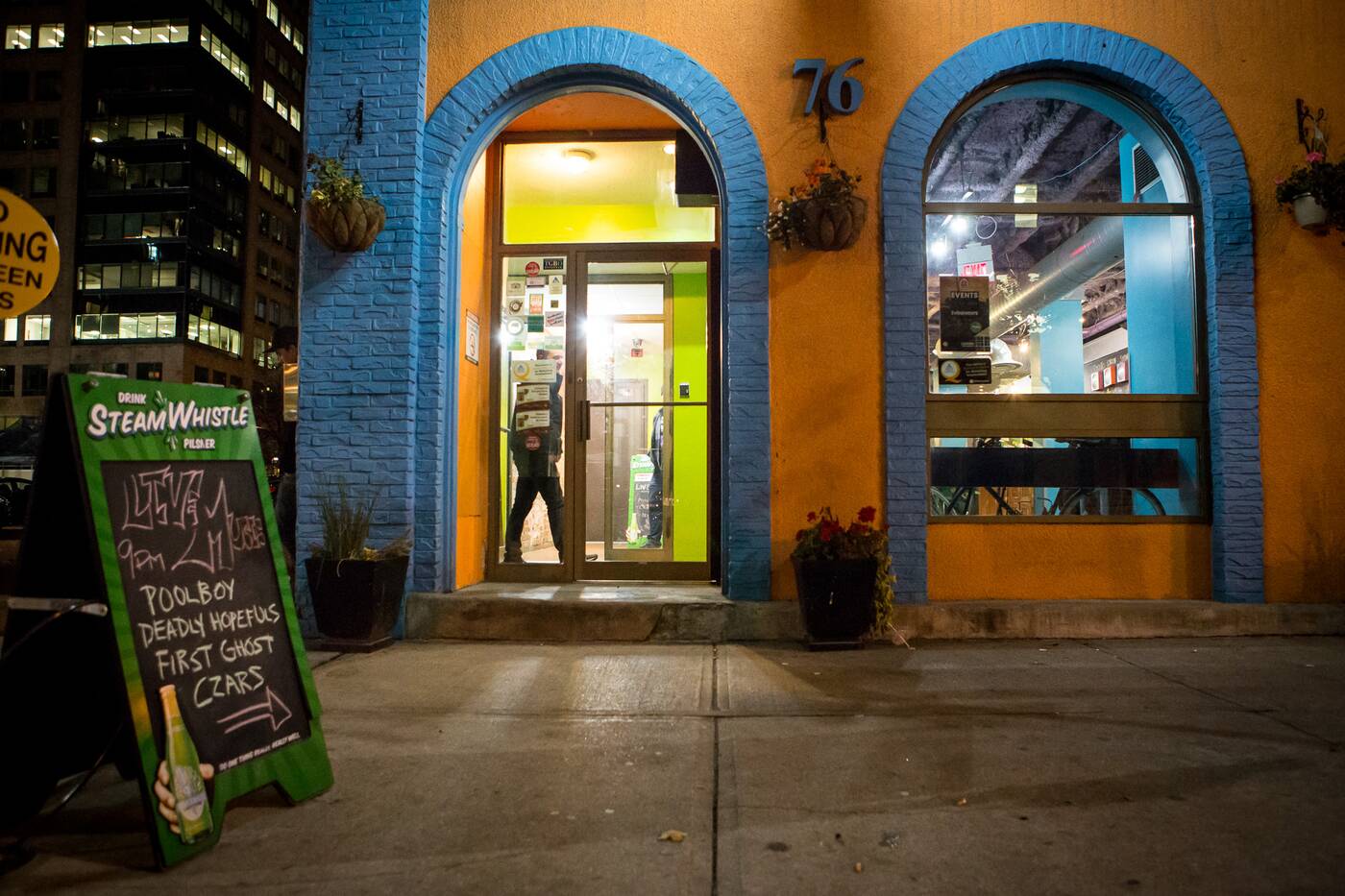