A super skinny new building will be squeezed onto Queen West

We often hear in densely-packed cities that "there's nowhere else to go but up!" when it comes to building infrastructure.

The record-breaking number of cranes and new skyscrapers under construction around Toronto right now suggests that there is truth to the phrase.

But what can be done to densify neighbourhoods in which height and style restrictions exist? Districts with their own unique guidelines and policies in place to conserve "heritage character"?

On Queen Street West, where buildings typically range in height between two and four storeys, architects must abide by the rules of the Queen Heritage Conservation District Plan if they want to get their plans approved. 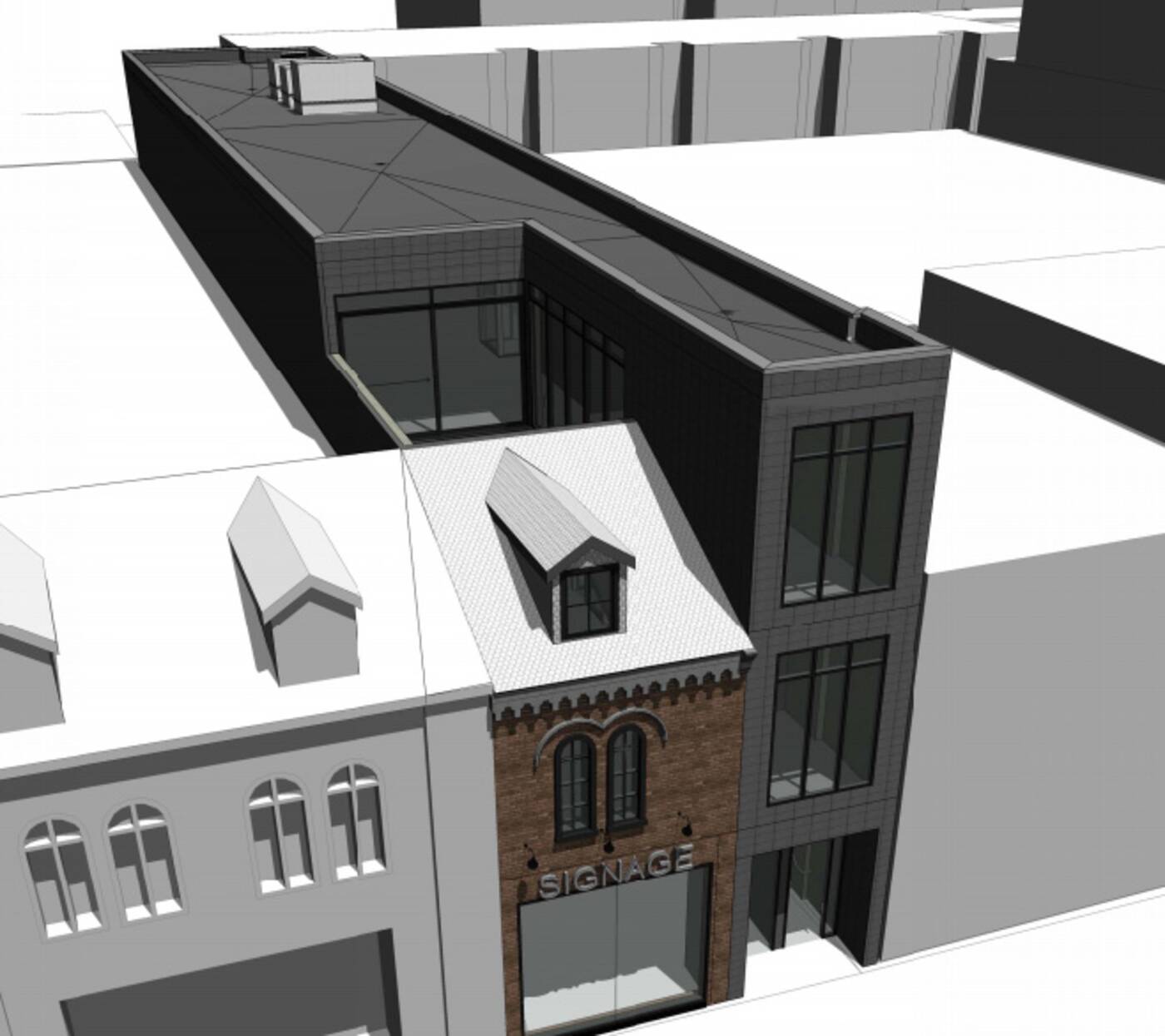 Core Architects and a numbered company have proposed a narrow new development at 322½ and 324 Queen Street West. Image via Core.

"Up" is therefore not a viable option for expanding on the bustling strip — though "really far back" might be.

A development application submitted to the City of Toronto earlier this month shows renderings for an incredibly narrow, mixed-use development at 324 Queen Street West, smack dab between the Brandy Mellville and Petview stores, just east of Spadina.

Documents submitted by Toronto's own CORE Architects show that the building's owner, a numbered company, wishes to replace two existing structures at the site and develop a three-storey commercial base building.

The structure would stretch all the way back from Queen to Bulwer St., transforming what is currently a surface parking lot into an additional 765 square metres of retail space and 378 square metres of office space for the neighbourhood. 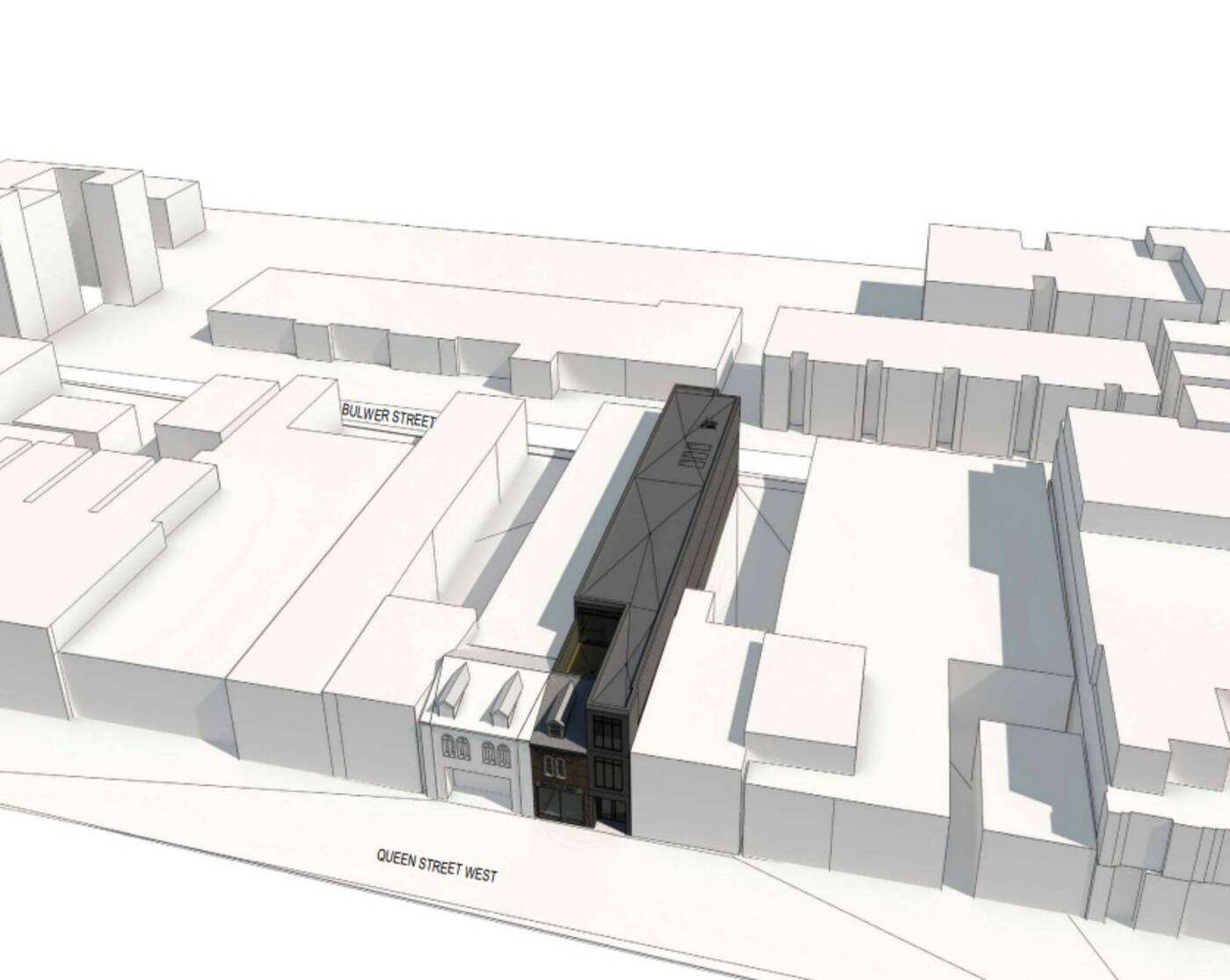 The new building, if approved, will replace a series of surface parking lots and back entrance areas to some businesses. Image via Core.

Retail is slated for the first floor, office space for the second, and a restaurant with its own outdoor terrace will be found on the uppermost level.

Should everything be approved as planned, this could equate to yet another new rooftop patio on Queen West.