It's not in your dust-covered head, my friend — the number of buildings under construction in Toronto right is much, much higher than what's average for North America.

In fact, Toronto currently has more cranes in the sky than New York City, Los Angeles, Seattle and Boston combined.

Rider Levett Bucknall Ltd. just released the latest edition of its bi-annual North American "Crane Index," which counts the number of construction cranes active in each of 13 major cities across Canada and the U.S.

Toronto has 120 cranes at work, as of July 2019, most of them being used to build apartment and and hotel towers.

That's 16 towers more than what we saw in January of this year, when the firm released its last crane index, and significantly more than anywhere else on the continent right now. 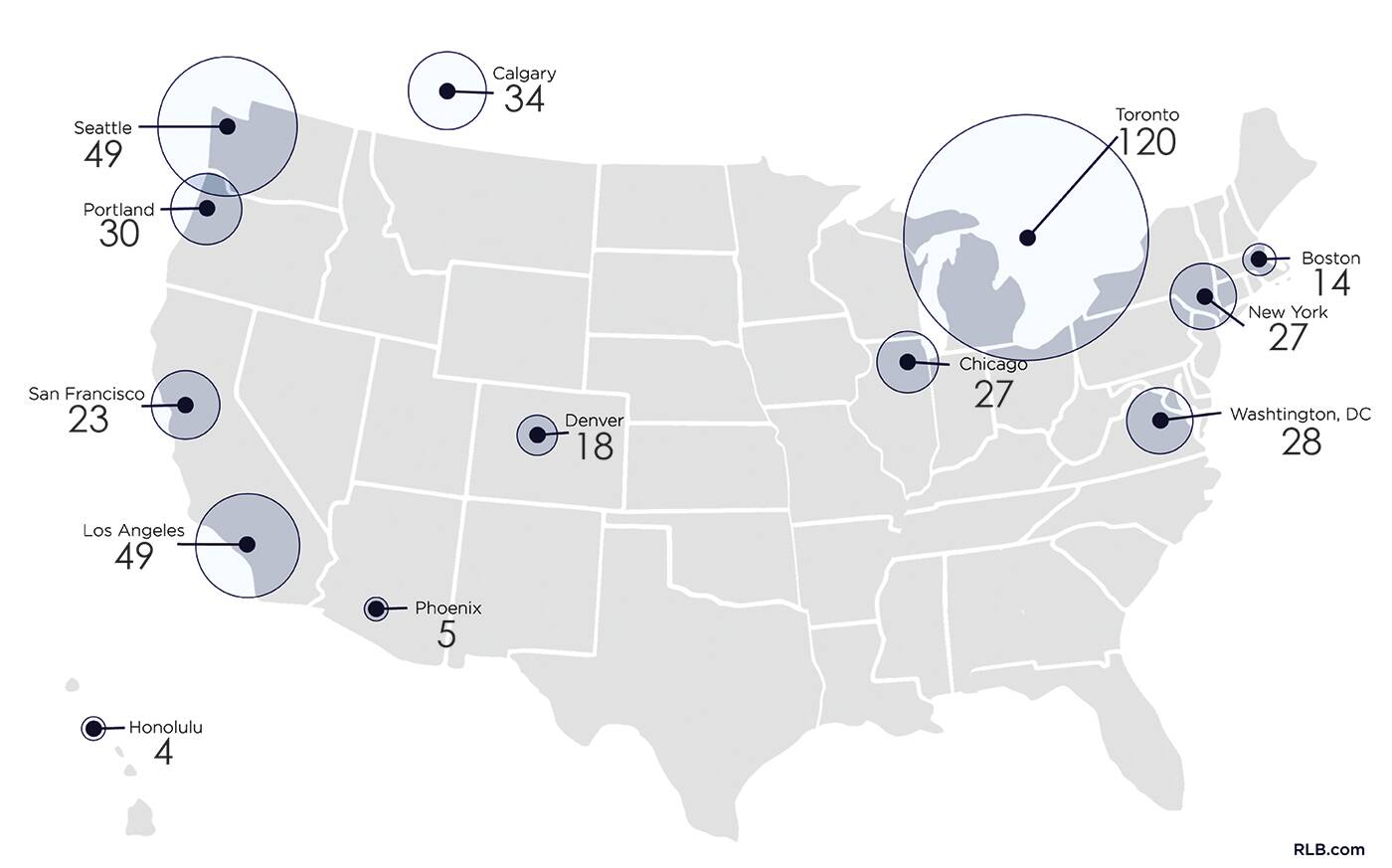 Toronto once again leads North America in terms of how many active construction cranes can be seen in the sky at the beginning of Q3 2019. Image via Seattle Daily Journal of Commerce/Rider Levett Bucknall.

Los Angeles and Seattle are tied in second place this time around with 49 cranes each, followed by Portland with 30 and Washington, D.C. with 28.

"The spring season has seen an increase in cranes in Toronto's downtown; however, most development is happening outside the core area," notes RLB in its report.

So... it sounds like we can expect even more cranes to rise in the future. Sigh.