This is what Toronto's most ambitious new condos will look like

Toronto just got the architectural equivalent of a surprise album drop from the firm behind what is without a doubt the coolest looking, most anticipated development proposed for our city this decade.

I'm talking about Denmark's Bjarke Ingels Group (or BIG, as they're know colloquially) and new renderings for a forthcoming series of mixed-used buildings along King Street West. 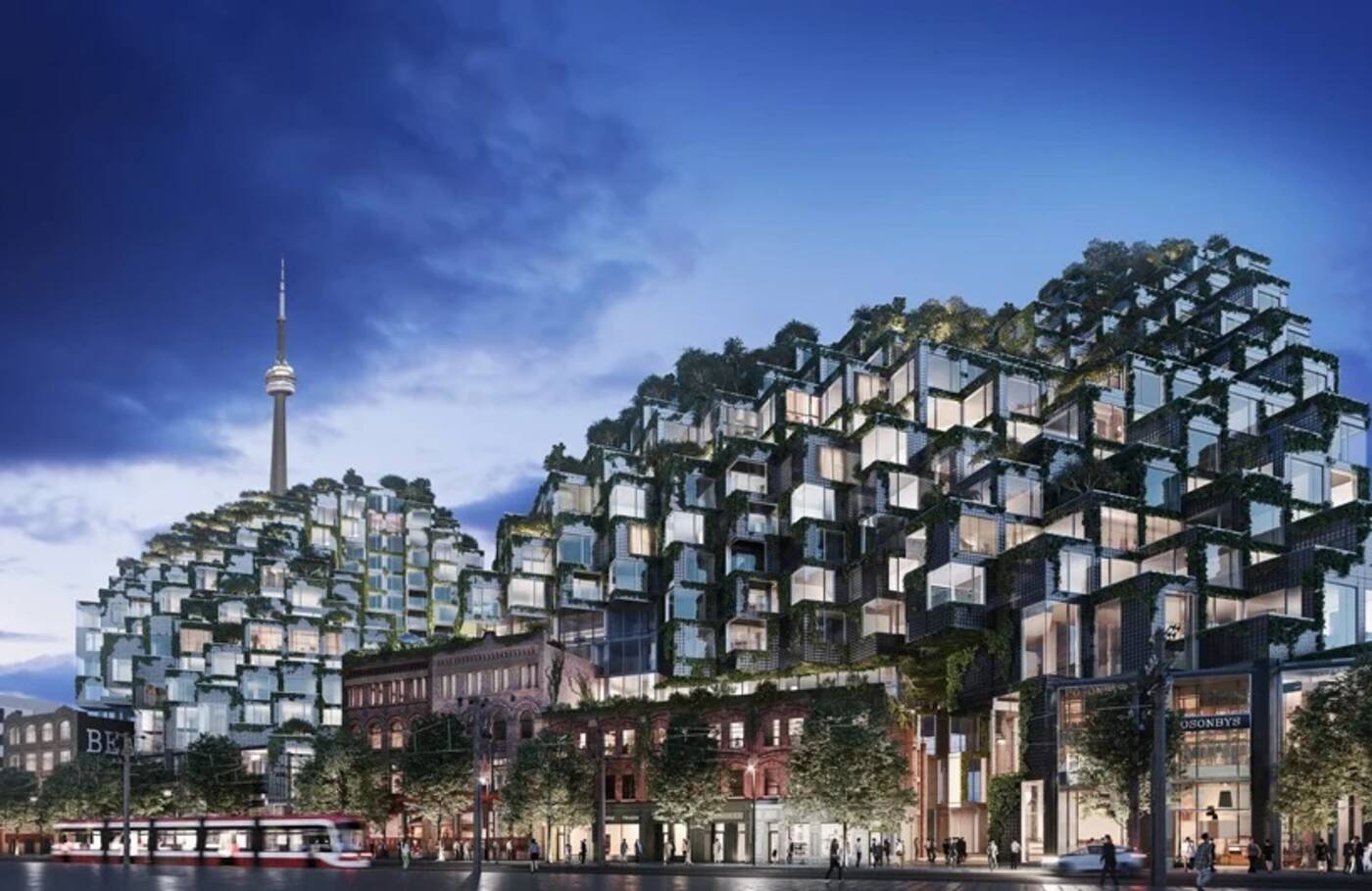 Comissioned by Westbank and Allied Properties REIT, the blocky, pixelated-looking ziggurat of sorts has been praised around the world for its unique design, which is meant to resemble a mountain range.

We've seen multiple renditions of the project since it was first announced in 2016, each of them cooler than the last—but these latest mockups from BIG are perhaps the most exciting to hit our computer screens yet. 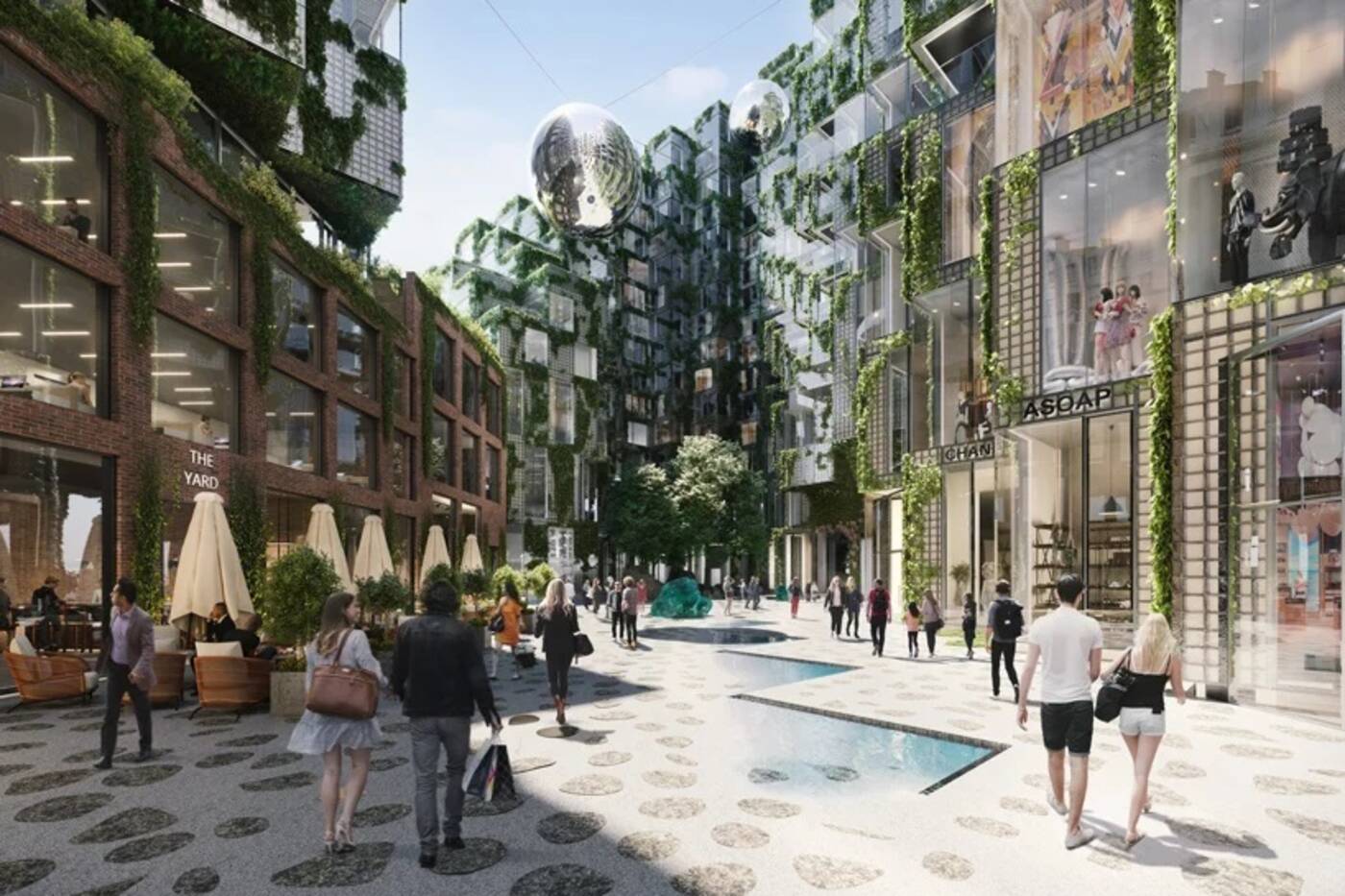 The 'King Toronto' project, as it's being called right now, will completely transform the area of King Street West between Spadina and Portland when all is said and done.

We don't know when that will be, exactly, but we do know that BIG still plans to integrate existing heritage buildings into the complex and maintain "maximum exposure to light and air" by setting each room-sized "pixel" at a 45 degree angle. 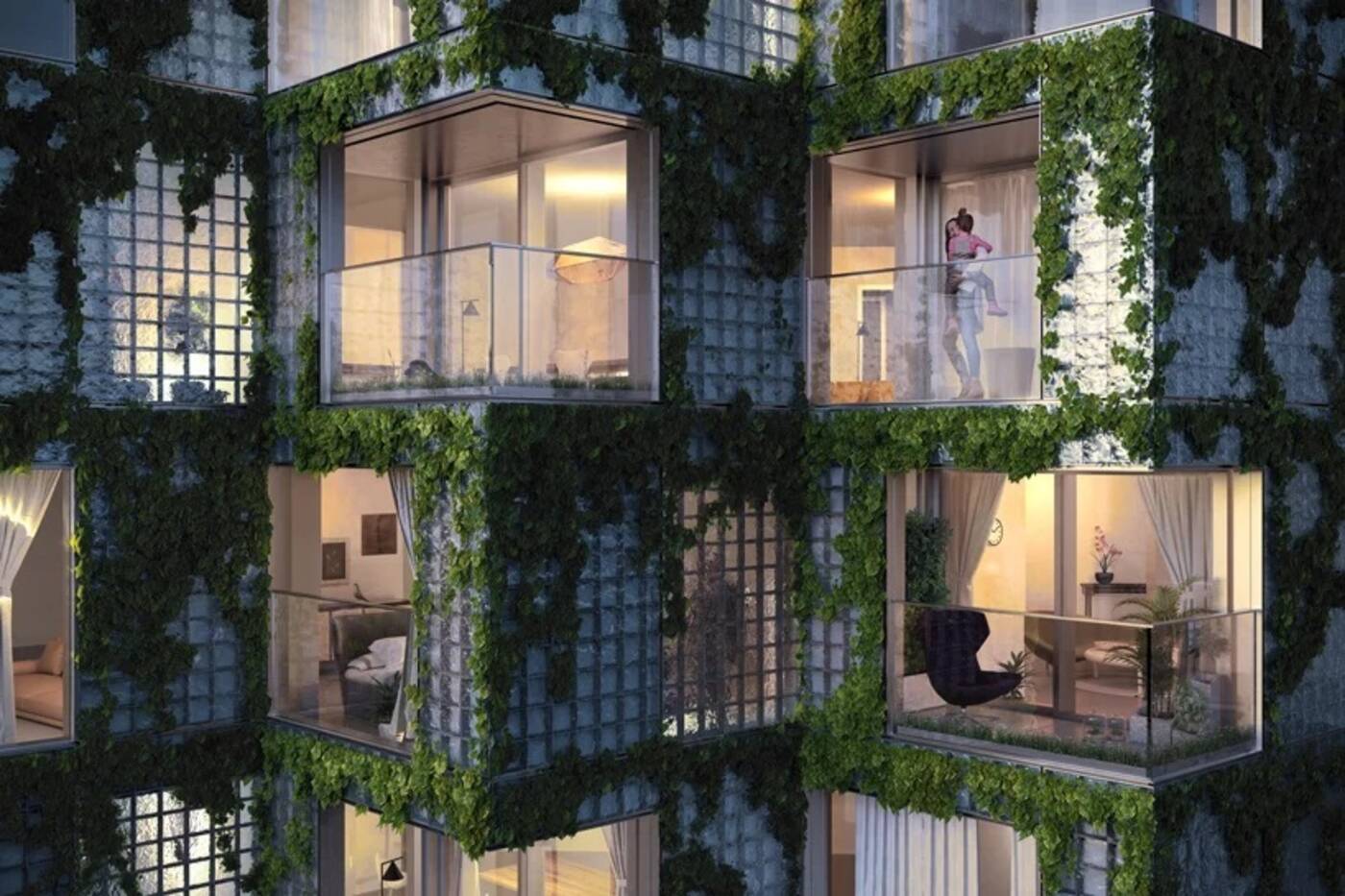 These latest renderings give us a better look at what Westbank and Allied have planned in terms of public space across what will be nearly an entirely city block. 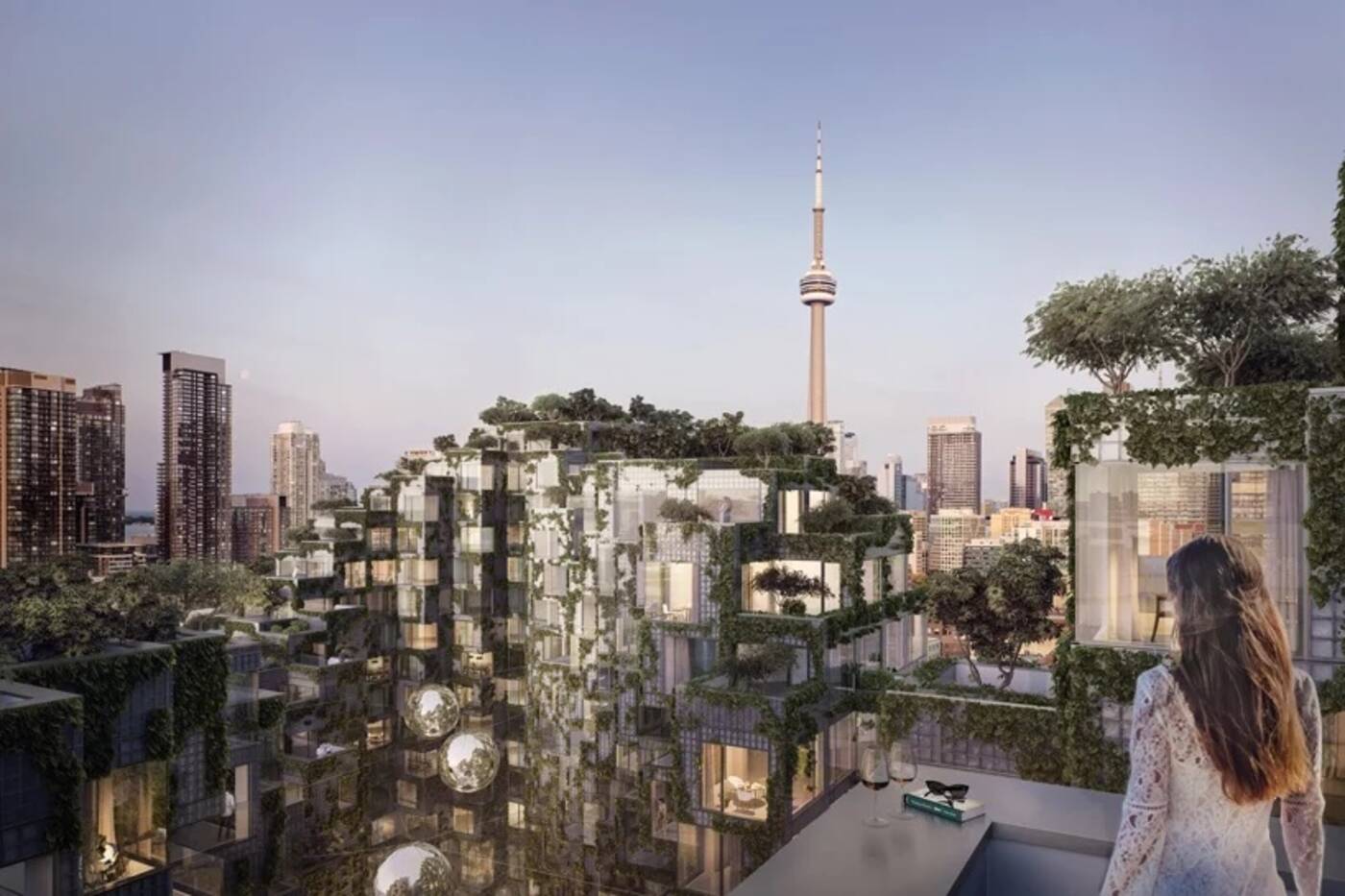 It's impressive, to say the least, both inside and around the complex at street level.

For starters, a new public plaza and "urban forest" will both be contained within the perimeter of the buildings. BIG says that this central courtyard, shaped by the site itself, will connect "a neighbourhood network of pedestrian pathways." 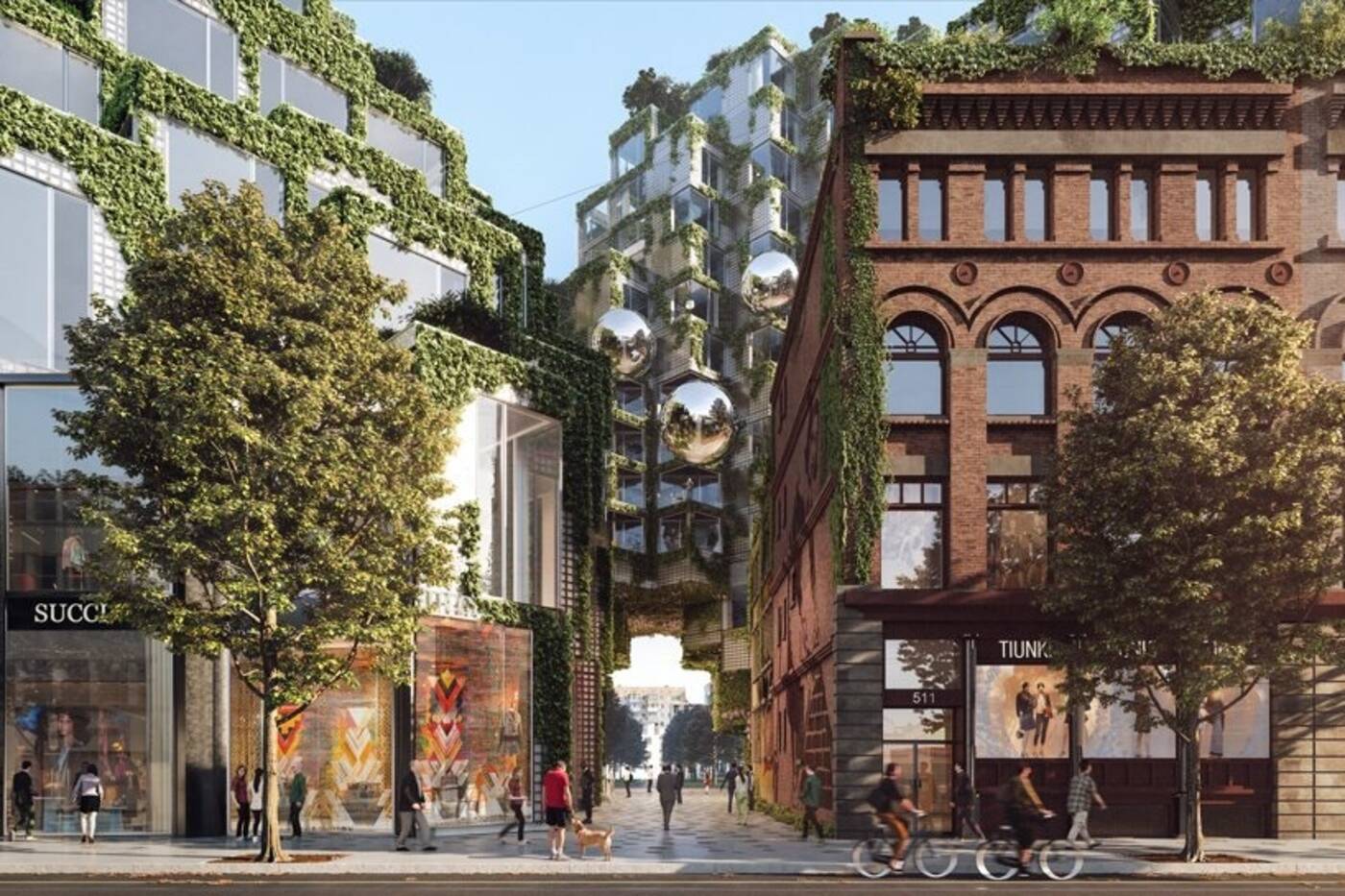 "The courtyard is defined by two distinct atmospheres: a plaza on the east and a landscaped hemlock forest on the west, creating a public gathering space," reads a description for the cutting-edge development on BIG's website.

"The roof surface is manipulated to form peaks and valleys that allow sunlight into the courtyard, organizing the housing into five volumes," it continues. "An undulating design allows light to reach neighbouring King Street all year round." 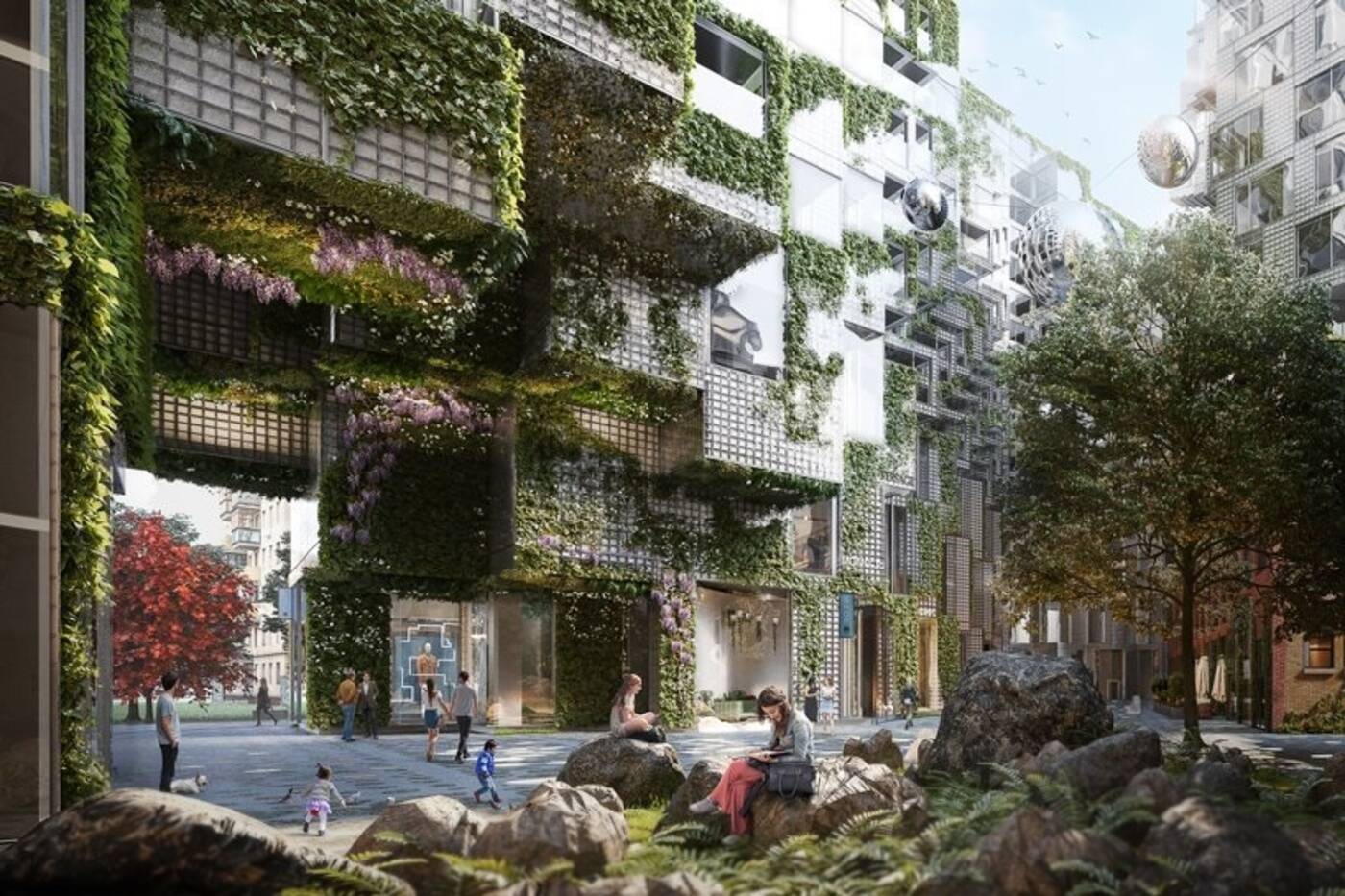 Every person who lives in one of the roughly 500 planned residential units will have direct access to outdoor space, either in the form of a private terrace or balconies stacked along the building's perimeter.

Shared areas of the development could potentially even be used for urban farming, according to the most recent site plans. 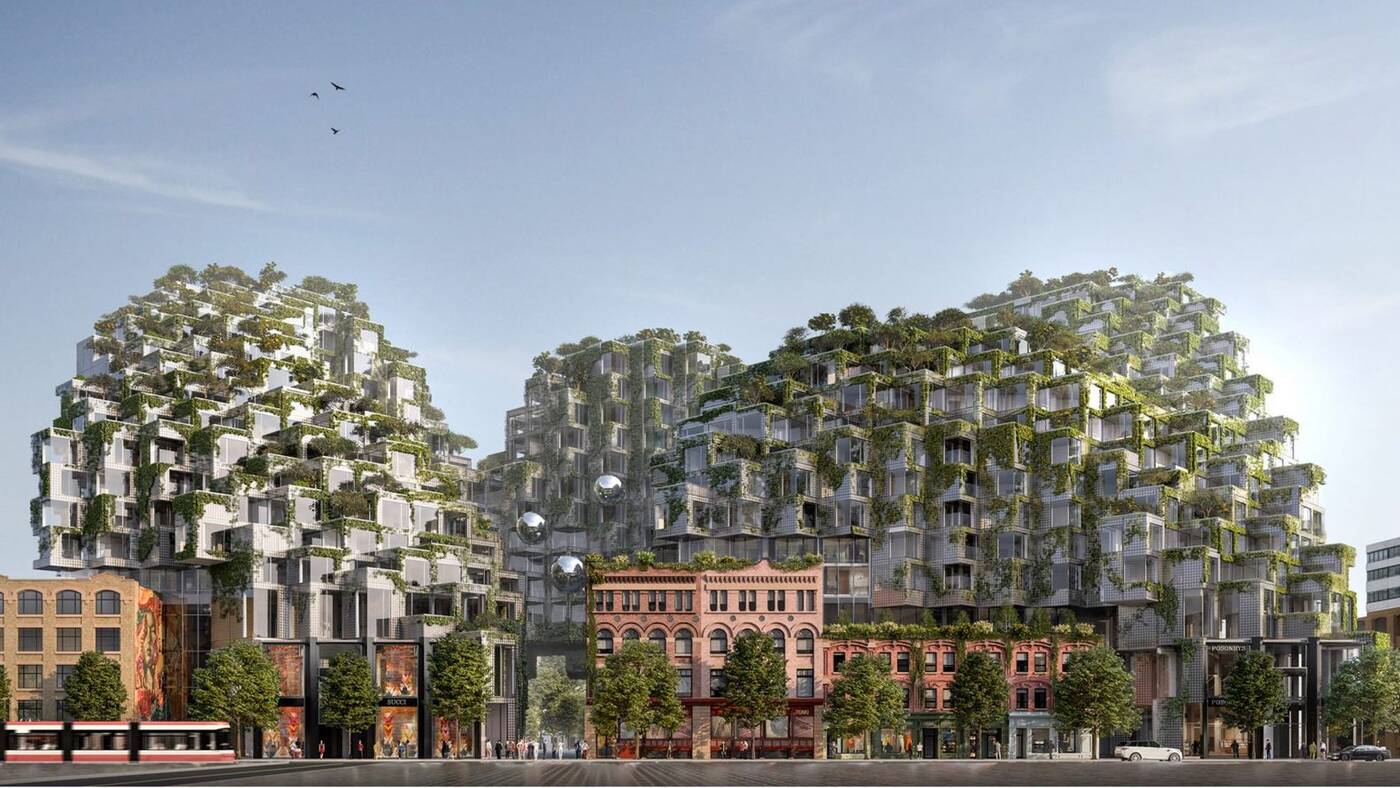 Areas for residential and boutique office space will be found throughout the stunning structure, but only in correspondence with the heights of existing heritage buildings.

Everything above what's currently standing from 489 to 539 King Street West will be residential. The mountain range's "hills" in other words, will be where people live, while the "valleys" are for working, shopping and entertainment. 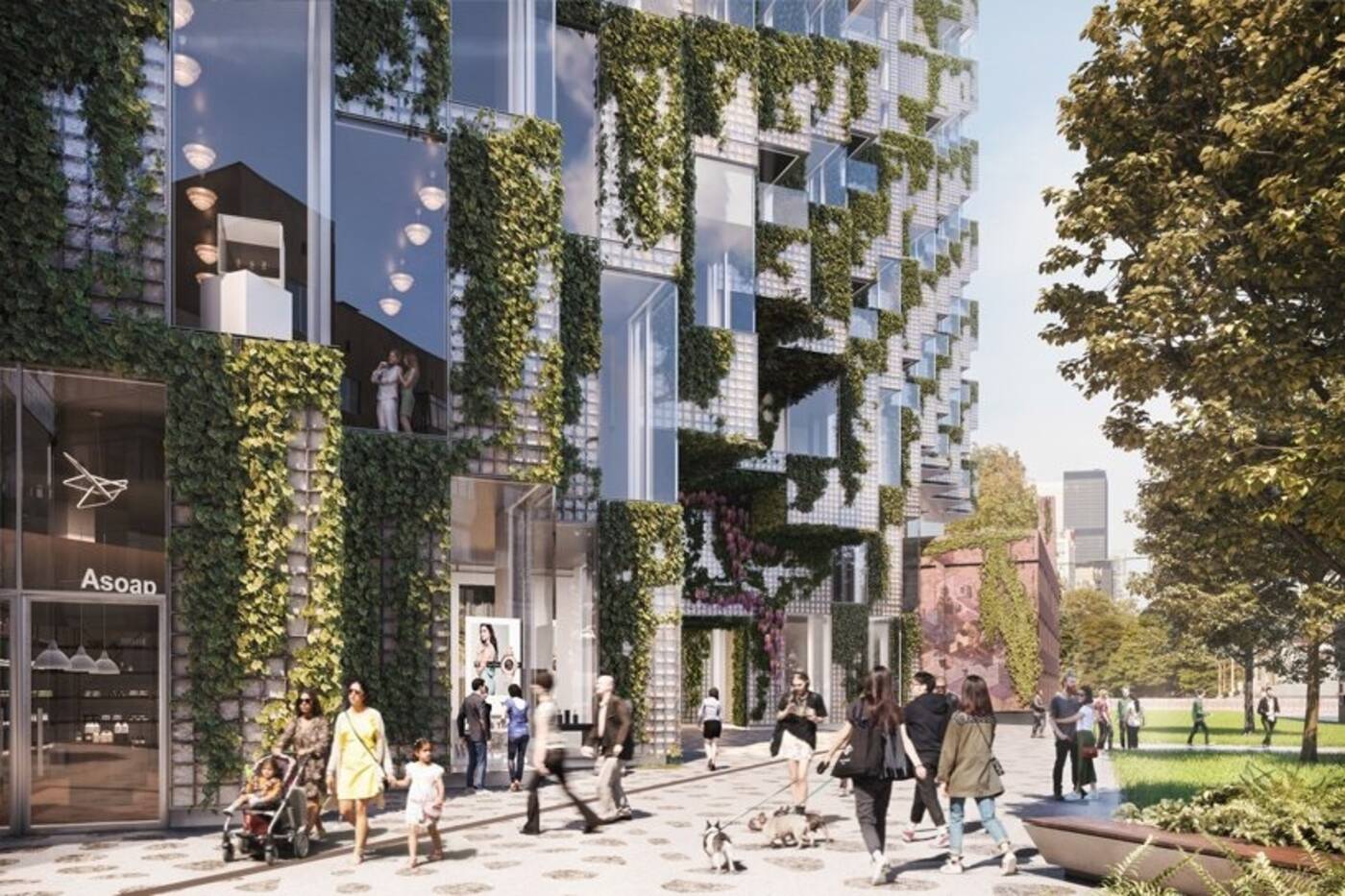 "With King Street West, we wanted to find an alternative to the tower and podium you see a lot of in Toronto and revisit some of [Moshe] Safdie's revolutionary ideas," said celebrity architect and BIG founding partner Bjarke Ingels on the firm's website.

"But rather than a utopian experiment on an island, have it nested into the heart of the city," he continued. "It would be strange if one of the most diverse cities in the world had the most homogenous architecture."

Strange indeed. Good thing Toronto is finally moving on from its "all glass rectangles all the time" phase.