This might be the most beautiful new building coming to Toronto

Many of Toronto’s newer developments come under criticism for their bland, repetitive design of glass towers with concrete podiums.

Modelled after a mountain range, the Bjarke-Ingels design features a terraced, pixelated ziggurat with peaks. The inner-courtyard, which basically functions as a valley, would be used as a common space for pedestrians and public events.

The daring design has been working through a series of changes at the behest of several parties, including the community and the city.

New designs have been released this week by the designers and developers, Bjarke-Ingels, Westbank, and Allied Reit, which show off a more polished version of the iconic structure initially proposed in early 2016. 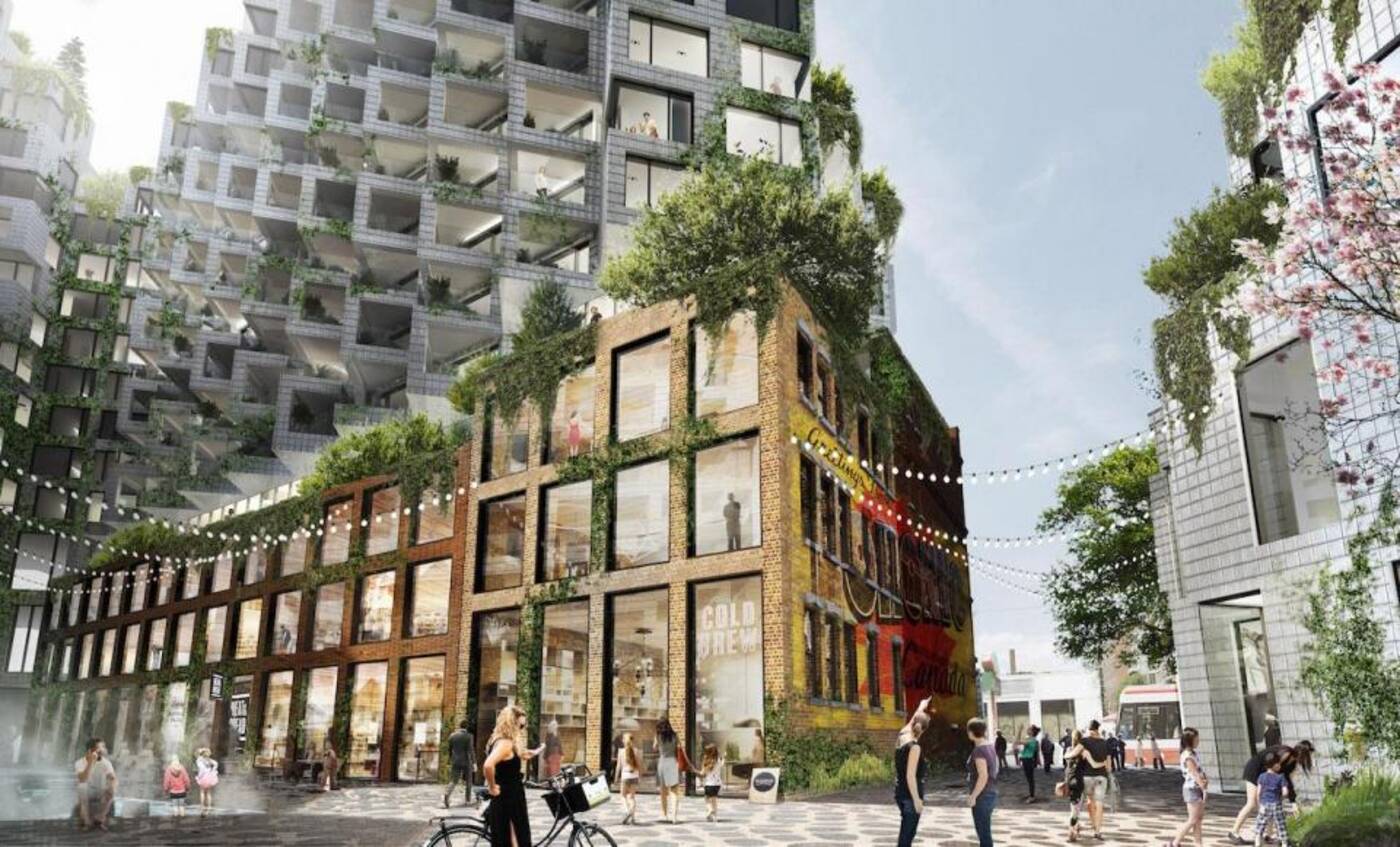 This render of a view of King Street from the inner courtyard shows off one of the heritage buildings, which will be used for retail space. Image from Westbank, Allied REIT, and Bjarke-Ingels.

The original plan featured five “peaks” in the mountain range. Now, that has been reduced to four.

At the base of south and north sides, there were gaps that allowed public movement into the courtyard. The south gap has been redesigned as an archway, and one of the four peaks has been shifted slightly to be over top of the archway. 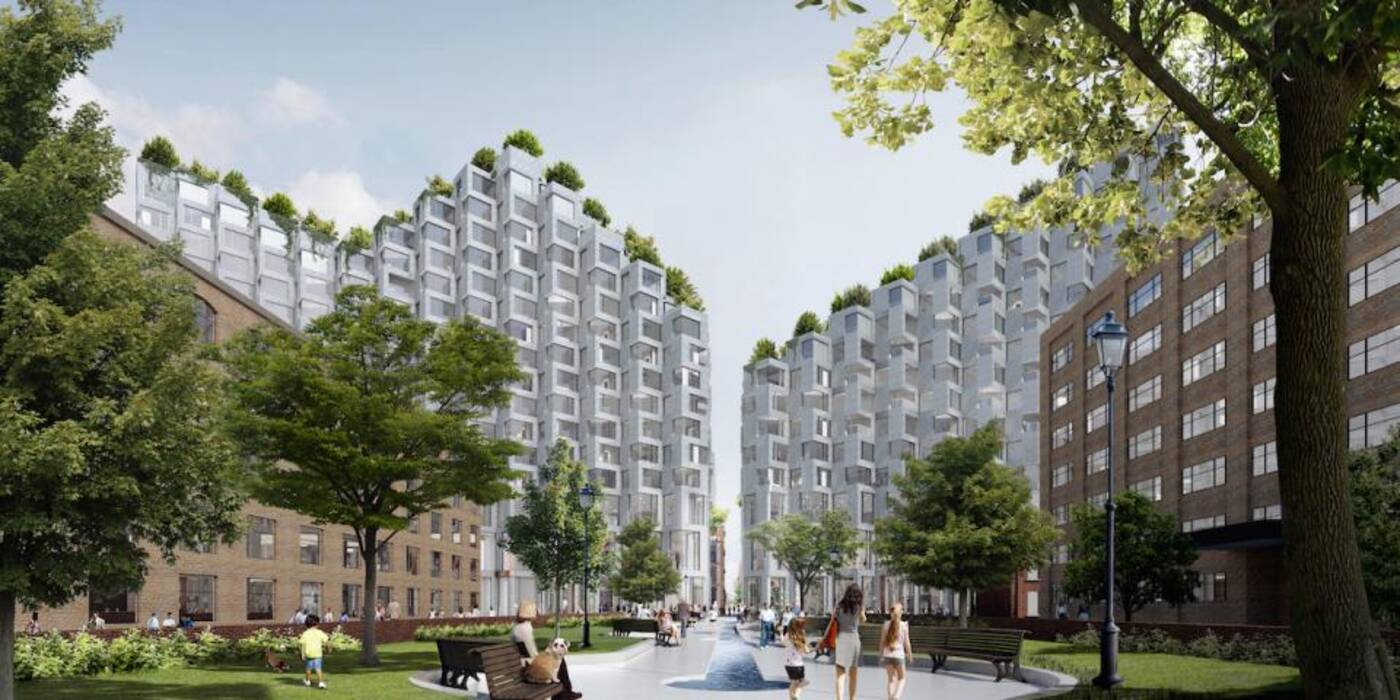 The former design facing north featured a gap on the south side of the building. Image from Westbank, Allied REIT, and Bjarke-Ingels.

The number of residential units has been reduced significantly, from around 624 down to 514.

Several heritage buildings are encompassed by the site where this building will go, and have been worked into designs from the earliest stages. New massing and shifting of the shape have allowed the building to show the heritage sites off a little more from previous designs. 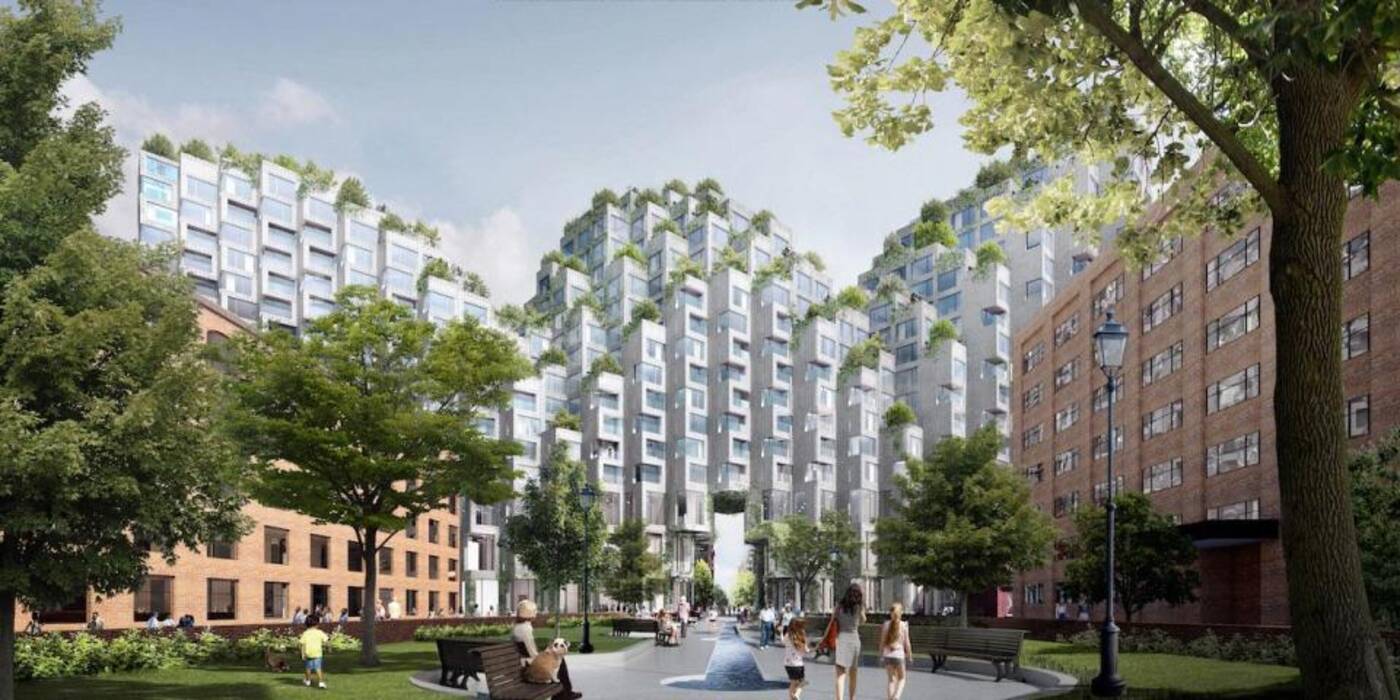 The new design shows the peak overtop of a new archway, rather than a gap. Image from Westbank, Allied REIT, and Bjarke-Ingels.

The development is good news for the city, rather than just those looking to purchase a unit. This is because the architects hope to use the buildings as a fixture in the community.

The plan is for the inner courtyard to serve as an event space, with a park and mixed retail use along the base of the building. The openings into this courtyard, and the building's pyramid-like shape are both meant to allow sunlight into the area, rather than being blocked by tall towers.

The "glass brick" design is an upgrade from the former grey concrete, which was disliked at a planning meeting by many. Image from Westbank, Allied REIT, and Bjarke-Ingels.

Early and current designs all feature significant green space. Aside from the park and courtyard, the building will feature stacked terraces, akin to a Mediterranean mountain-town. This will allow for trees and other foliage to dominate the facade of the building.

These new and improved designs have been submitted by the developers. The building may undergo more changes, but it’s clear that this development is quickly shaping up to be a groundbreaking addition to Toronto.