Apartments of the future coming to downtown Toronto?

In August, Toronto learned that celebrity architect Bjarke Ingels (head of the Brooklyn and Copenhagen-based Bjarke Ingels Group) would be designing a massive new development on King Street West for Westbank Corp. and Allied Properties REIT.

Today however, the Globe and Mail reports that the new project may be unlike anything this city has seen before.

Instead of a tower, this incoming development at 489 to 539 King St. W. resembles a pixelated, block-like structure, forming, as the Globe writes, a "ziggurat' with five 15 to 17 storey "peaks." Many units would have their terraces and there'd be multiple floor-plans available for future buyers.

The Globe notes that at street level, pedestrian would be able to access a courtyard that might even lead all the way south to Wellington Street. 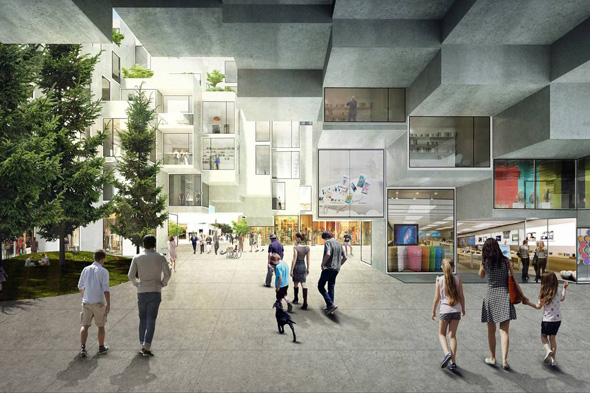 Considering this is a joint project between Westbank and Allied, it'll be interesting to see how this proposal plays out for the heritage-designated building located from 511 to 529 King St. W.

It's important to note that this projects is still in its infancy. But along with Allied and RioCan's plans for the sprawling King Portland Centre across the street, it looks like big changes are on the way for the King West neighbourhood.