A modest three-bedroom bungalow owned by the late former Mayor of Toronto Rob Ford can be yours, potential home buyers, for just $2.5 million.

So why don't any of you want it?

At the end of July, when the property at 223 Edenbridge Drive first went up for sale, real-estate agent Mike Donia noted that it was already attracting "a fair amount of interest" on account of the fact that, you know, RoFo lived there.

More than two months later, however, the house remains untouched — an official for sale sign (as opposed to the hand made version erected in June) still swings on Ford's once bustling front lawn.

Could this reticence to buy be out of reverence for Toronto's jolly and beloved (at least compared to his brother) former leader?

Maybe, but it's also of note that the price hasn't budged, not even once, since the Etobicoke home went up for sale in late July.

Property values are going up in and around the city, that's for sure, but an appreciation of $1.6 million in only four years? I'm no expert, but damn.

Toronto journalist Shawn Micallef guessed on Twitter last night that it's been on the market for so long because it's "way overpriced."

"Modest house compared to much of this neighbourhood," he wrote of the one-storey white brick house. "Will be a tear down -> monster home when it sells likely."

Indeed, the listing itself floats the idea of a teardown even before touting the property's "once in a lifetime" historic location. 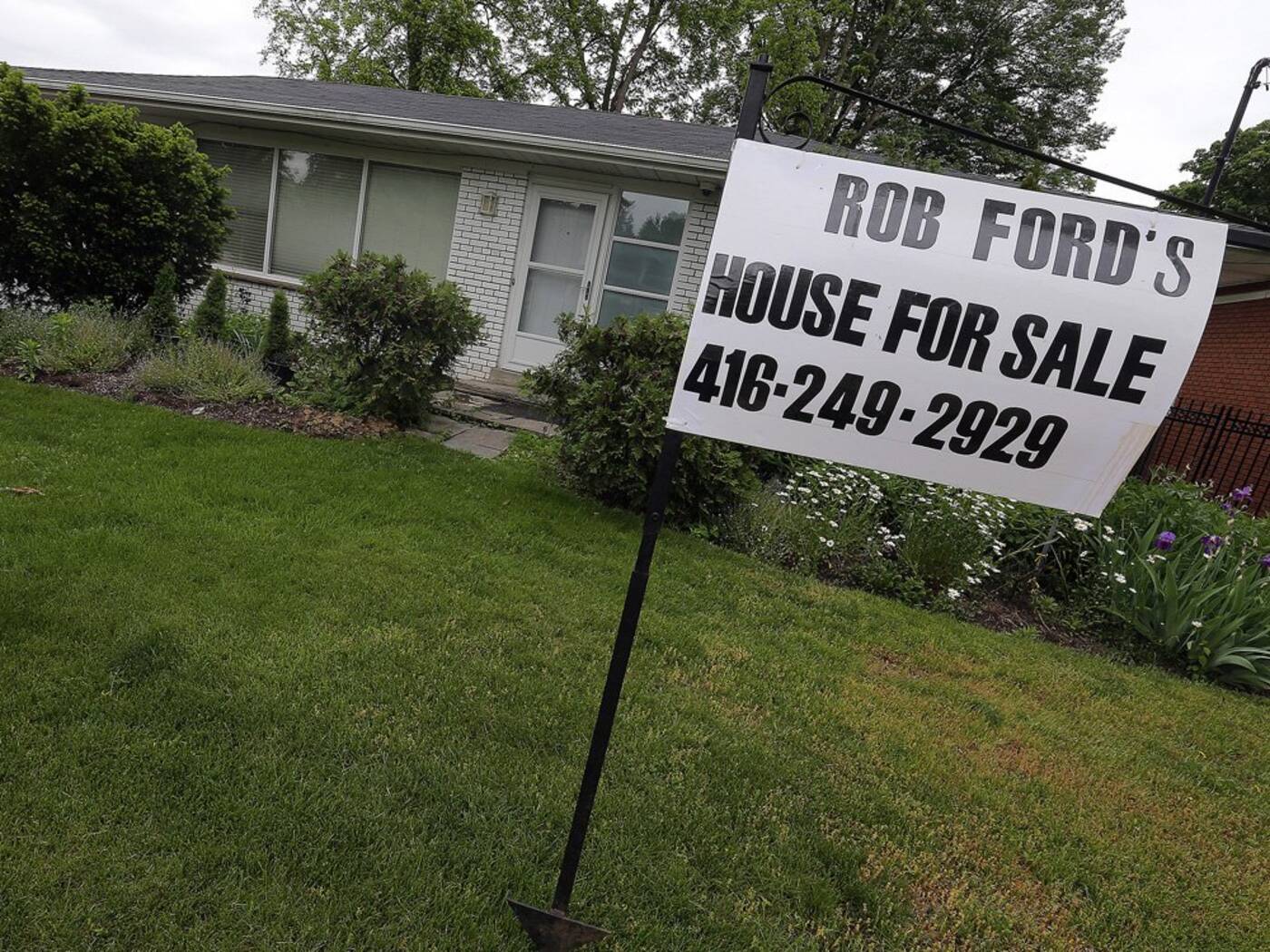 The phone number on this makeshift for-sale sign, which appeared at 223 Edenbridge Drive in early June, went to a voice mail message that said it belonged to Renata Ford.

Earlier this year, she filed a $16.5 million lawsuit against her late husband's brother, current Ontario Premier Doug Ford, alleging that he put her in a "highly stressful and unfair financial position" following Rob's cancer-related death in March of 2016.

She and her children have long moved out of the home, as evidenced by the real estate listing and virtual tour photos. Not a spec of furniture remains anywhere on the property, save for an entrance rug and one chair in the kitchen.

The place does have six parking spaces, however, which alone could make it worth a couple million... if it were downtown.