Renata Ford, the widow of former Toronto mayor Rob Ford, has filed a lawsuit against her late husband's brother (and current Ontario PC Party leader) Doug Ford for what her lawyers call breach of trust, negligence, and conspiracy — among other charges.

The staggering $16.5 million suit was filed Friday in Ontario's Superior Court of Justice on behalf of Renata and her two children with Rob.

In it, Doug is alleged to have "knowingly and deliberately" put Renata and her kids in a "highly stressful and unfair financial position during their period of grief after Rob Ford's death."

Renata Ford alleges that Doug Ford has "negligently and improperly mismanaged" Deco, which has lost millions of dollars over the last several years: pic.twitter.com/gluznNXf4F

Renata's statement of claim says that Doug did this for more than two years following his brother's death by withholding assets, funds and information owed to Rob's immediate family, including a $220,000 life insurance policy and millions more in residual proceeds.

Both Doug and his brother Randy Ford are also alleged to have "so negligently and improperly mismanaged" the family's business, Deco Labels, as to destroy its value.

Renata claims that, despite losing millions of dollars in recent years, the brothers are said to have given themselves "extravagant compensation" which included bonuses, travel, automobile allowances and other benefits.

None of these allegations have been proven in court, and Doug says he denies the claims relating to his family's business.

"These claims relating to Deco are completely false and we will strongly refute them in court," said Ford in a statement on Monday.

"Renata's lawyers have been clear to us throughout this campaign, that either we hand over money, or they would go public with these false claims, and that is exactly what they have done, with three days to go until the election."

NEW Doug Ford statement in response to $16.5 million lawsuit by brother Rob's widow, Renata, alleging she and kids were ripped off by Doug over shares, life insurance. (None of the allegations has been proven in court). #onpoli pic.twitter.com/bMQmlHkGGQ

Diane Ford, the mother of Rob and Doug, published a statement as well through Doug's team.

"It is heartbreaking that Renata has chosen to bring forward these false and baseless allegations against our family, right in the middle of the provincial election campaign," it reads. 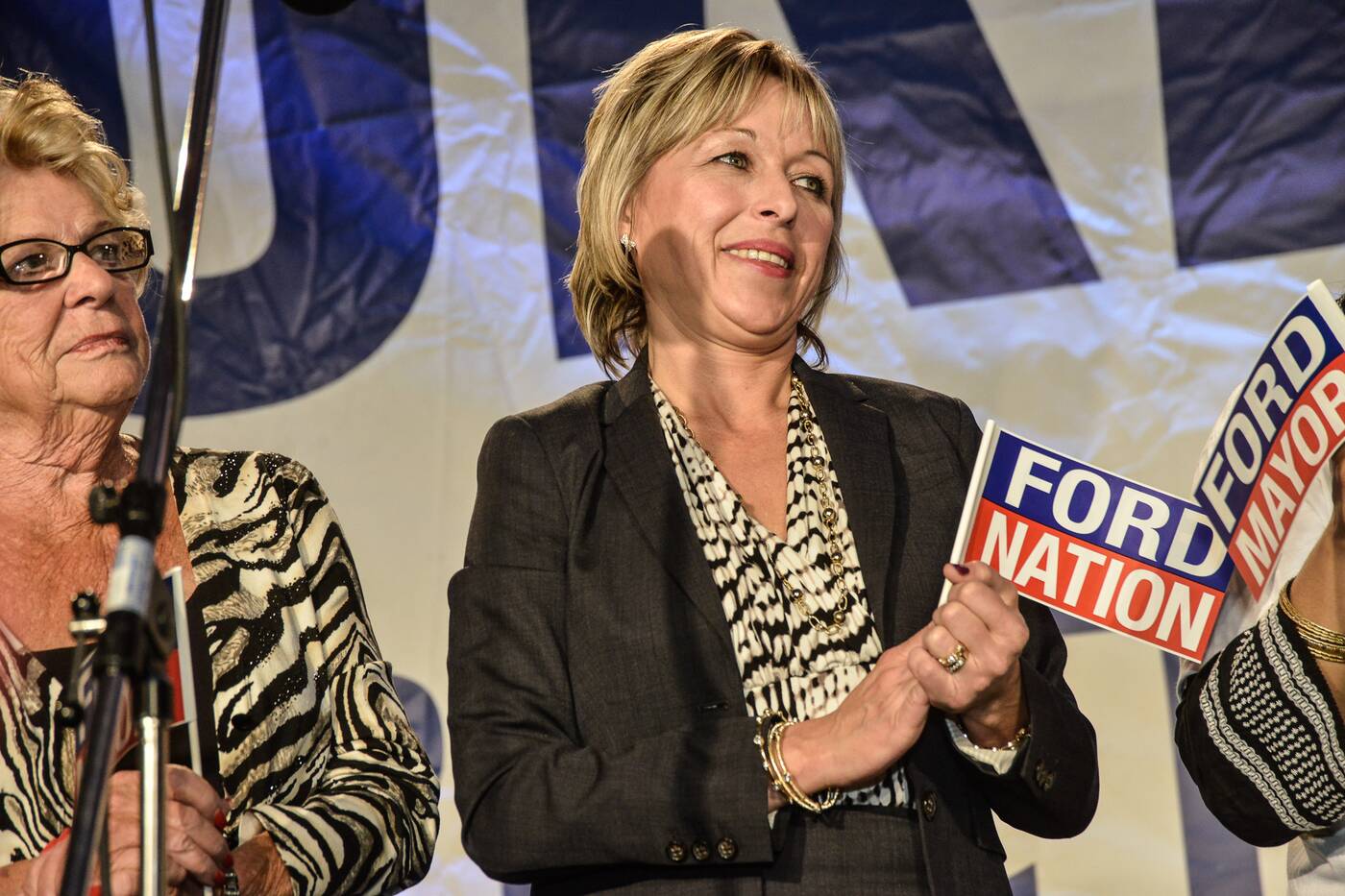 "As a family, our one goal is to ensure Rob’s children are cared for and their financial futures are secure. Renata has serious struggles with addiction, and our hope is that she will accept help for the sake of herself and my grandchildren."

1. Until Rob Ford admitted he smoked crack, his family insisted he didn't even drink
2. Today Diane Ford said the family knew Renata had a long history of addiction
3. Doug Ford said he would sue the Globe for running this story: he never did https://t.co/DoKY2rWNkh

Eligible voters will go to the polls en masse this Thursday, June 7, to vote in Ontario's 42nd general election.