For a comprehensive preview of Pride events this weekend, check out our Pride 2012 events post and our patio guide for Pride. Also, no Pride weekend is complete without some live music in the Village.

Canada Day at Harbourfront Centre
Come one, come all. For Canada's 145th birthday, enjoy a four-day event consisting of music, food, dance, arts and family activities that highlight the different traditions and cultures that have shaped "our home and native land."
Harbourfront Centre (235 Queens Quay West) June 29 to July 2

Also, check out our Canada Day fireworks preview post and, to make sure you're fully stocked this long weekend, our list of what'll be open and closed.

The Thompson Hotel: YYZ Group Canada Day White Party
Taking place on one of the most luxurious rooftops in Toronto, The Thompson Hotel and YYZ Group have come together to throw this lavish Canada Day event. The all-day event (starting at noon) will consist of a private brunch, rooftop pool party, private cocktail soiree, and to finish off the night, an all-access dance party. Get your tickets via Ticket Web
The Thompson Hotel (550 Wellington Street West), July 1st. Noon-3am, tickets are $25, or complimentary with $55 prix fixe brunch

Guinness World Records Underwear Party
For those who don't like to be clothed (you know who you are), this event is definitely for you. Trying to set a new world record of most people in their underwear (that's 289), Z-List.com, Come Out and Play, and the UK Underground have joined forces to create this unusual event. Serving liquor until 4am, this event is likely to coax you out of your skivvies. For tickets, check out Clubzone
Mod Club (722 College Street), July 1, 10pm, e-mail info@z-list.com for guest list

The Roaring Twenties: Heels, Hemlines & High Spirits
Attention all diehard fashionistas: this exhibition takes a look at the rise of fashion post-war in the '20, from the rise of hemlines, to how the design of shoes became one of the key aspects of the stylish woman's wardrobe during that era.
The Bata Shoe Museum (327 Bloor Street West), June 29, 5pm, pay what you can admission

For more fashion news, check out our weekly This Week in Fashion post 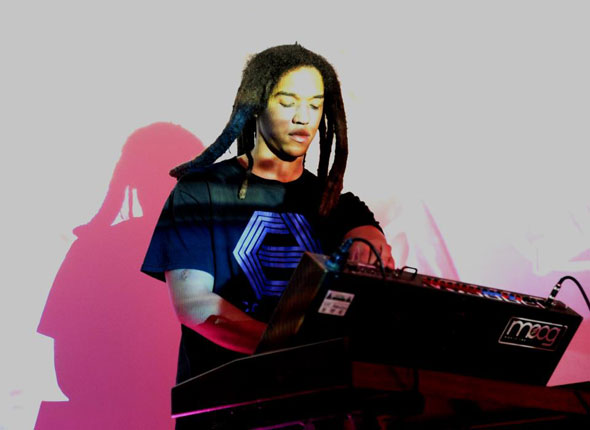 Electric Youth with Rouge
Known for their track "A Real Hero," which was featured in the movie Drive, the infectious sounds of Electric Youth will grace The Drake Hotel tonight. The middle-school sweethearts turned music duo is widely known for their '80s inspired, electro-pop melodies. Prepare yourself for energetic synth pop escapades as they perform their debut album.
The Drake Hotel (1150 Queen Street West), June 29, 8pm, advance tickets $12 at Rotate This & Soundscapes.

New Traditions: Island Music and Art Festival
The first annual New Traditions: Island Music and Art Festival will be held at the Artscape Gilbraltar Point on the Toronto Island. This unique festival run by independent artists and musicians will consist of 12 consecutive hours of live music and outdoor art installations. Worried that the ferries might stop running and you'll have no way of getting home? For the folks who choose to stay late on the island in order to enjoy the music, there will be a chartered ferry to bring you back to solid city ground. Arrive early and stay late.
Toronto Islands, June 30th, 12 pm, tickets are $20

Adventures in Slumberland
This whimsical production debuts on Canada Day, and is composed of four half-hour performances that are inspired by the turn-of-the-century comic strip "Little Nemo in Slumberland" (somewhat similar to Alice in Wonderland). They'll feature circus-inspired puppetry, music and masks--in short, a quick trip back to childhood.
Lagoon Theatre on Centre Island, opens on July 1, first show at 12pm,

For more theatre listings, check out our weekly This Week in Theatre post.

Bike-In Movie Night
Ya'll know what a "drive-in movie night" is, but have you ever heard of a "bike-in movie night"? Presented by Evergreen, ride your bike to The Pavillion in Toronto's DVP Ravine System and enjoy short movies, all centred around the theme of, you guessed it--bikes! Bring your family for a night of outdoor adventures and enjoy an ice cold beer courtesy of an as-of-yet undisclosed local Toronto brewery. All the proceeds ($5 suggested donation) will support the Bike Works Programming.
Evergreen Brick Works (550 Bayview Avenue) June 29th, from 7pm to 12am

Canada Day Sweets Tour
Satisfy your sweet tooth this Canada Day with a guided tour through 6 dessert shops in Kensington Market, complete with samples and discounts from select stores. While you're at it, get a bit of backstory of Canadian treats such as butter tarts and maple syrup.
Ding Dong Bakery (321 Spadina Avenue), 11:30am, book at least 24 hours in advance.

For more food events and news (including details on RibFest this weekend), check out our weekly This Week in Food post.