Get to know a Baker: Cora DeVries, Miss Cora's Kitchen

It was the time of the day when Kensington Market begins to bustle, as Cora DeVries, baker at Miss Cora's Kitchen, and I sat down outside her bakery to speak about her experiences as a baker, future endeavours, and the success that she's had in selling portable, staple goodies in the Market.

What inspired you to pursue baking?

I had been working in advertising and graphic design for about twenty years, and I felt that I was ready for a change. My passion is baking and cooking, so I started volunteering at a friend's restaurant and took some courses at George Brown. Then in January '05, I opened up shop.

My mom. George Brown was more catering courses - that originally was the focus of the business. I knew how to bake, and I had the storefront that I needed to fill up so, and we were doing a lot of baking with the catering. There were lots of sweet trays and stuff like that. 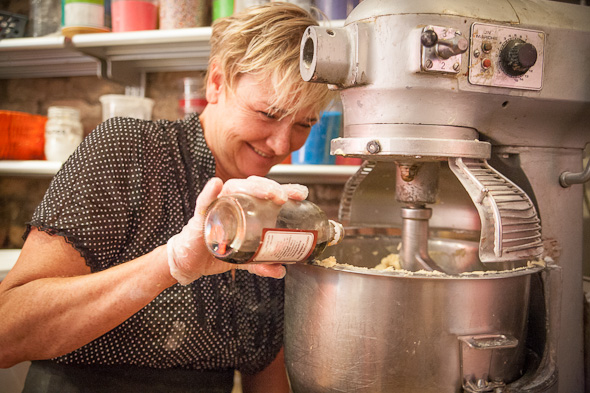 What's the most important lesson you've learned in baking?

I think one of the things I enjoy about baking is the creative aspect of it - you don't have to limit yourself. Say you're making a cheesecake; it doesn't have to to actually take that traditional form and shape of a cheesecake that everyone's used to. It can be presented in a different way, with a different flavour, and you can do a savoury cheesecake, which we sometimes make. If you understand the process of baking, and the different steps involved - because it is a step-by-step process - you're able to create all sorts of different things.

Are there any items you'd love to make but that just don't work in the shop as it is?

You'll notice in here that, because it's geared more towards take-away, I don't do large cakes or pies, which I would love to do, but you need to have a sit-down place to enjoy that slice of cake. If I expanded my business in the wholesale aspect it might make more sense, but to do one cake takes a lot of time, energy and effort, and I wouldn't recoup my money back. That's why we went into cupcakes. You have your cake but it's portable. Most of the food we focus on here is portability, and we stress the thought of food-in-hand.

Doughnuts have been trendy lately. What do you think the next fad in baking will be?

Cupcakes were definitely around. I've seen a lot of fried products. We try to stick to the classics. The longer I'm in this business the more I find that people just want what grandma used to make. It's such a nostalgia thing, you know.

Do you think that you'll always be in Kensington?

Yes, I would like to. I just extended my lease. I don't know about expanding to another store. We talked several times about getting a bigger facility, but it would be hard to walk away from here. I love it a lot; it's a great place. 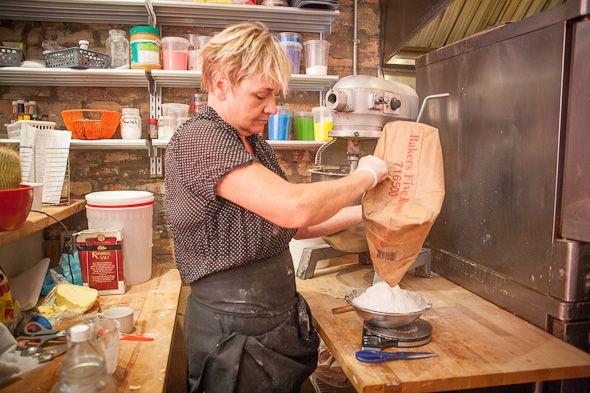 Describe a typical day for you.

Because we don't do bread, I don't have that 2-in-the-morning wake-up call - thank God. I'm usually out of the house by 7 a.m., I pick up bread along the way or do drop-offs to clients, and by 8 a.m. I'm here. We pump through the wholesale, then get ready for the store, and do catering in the afternoons. It's always so surprising. I'll get three batches of chocolate chip cookie dough done on a Monday, and by Tuesday there'll be nothing left. It's a good problem to have, but we're just constantly prepping and replenishing.

We've seen bakers lately who have opened food trucks. Have you ever considered operating one?

Yes, I've thought a lot about it. There are other business opportunities too. I don't know if the legislation will change and make it easier for food trucks anytime soon. It's a lot of investment and time, and I don't want to jeopardize the store at all, so it's a big decision to make.

Any future plans for the shop, or new recipes you can tell us about?

We're working right now on a lot more vegan and gluten-free goods. I guess I'd say that's what the next trend is. Even with the savory side of the business, we get tons of requests for vegetarian, way more than meat. We do Hand Pies, which are a folded puff pastry. Often we would do a salami version, or a ham and cheese version, but now we started making veggie, and that's what sells the best.

Where could we find you on a day off?

Swimming, in a pool. My dream is to have my own pool one day. And I have a little allotment garden down in the Leslie Spit. 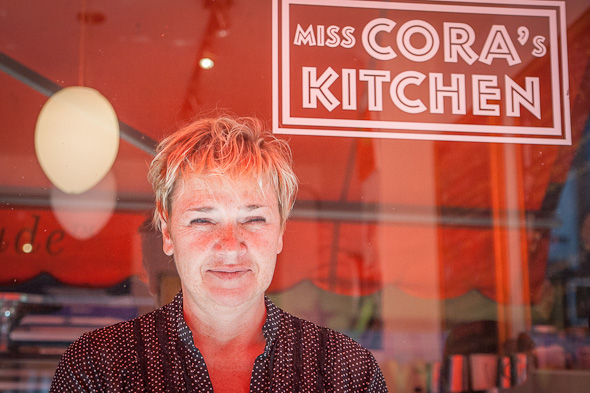 First thing you ever baked? Chocolate chip cookies with my mom

Cookbook of the moment? At Elizabeth David's Table